The Anthropocene Cookbook. Recipes and Opportunities for Future Catastrophes, by curator and writer Zane Cerpina and curator and researcher Stahl Stenslie. Published by MIT Press.

The Anthropocene Cookbook interrogates the food we will engineer, grow, cook and consume tomorrow when population reaches 10 billion, biodiversity drops even more drastically, weather patterns are out of control, topsoil is gone and resources are depleted. The book conjures art and unbridled creativity to play out radical scenarios that will inevitably challenge food taboos and question our cultural prejudices, little hypocrisies and vision of tomorrow’s life/survival on planet Earth. 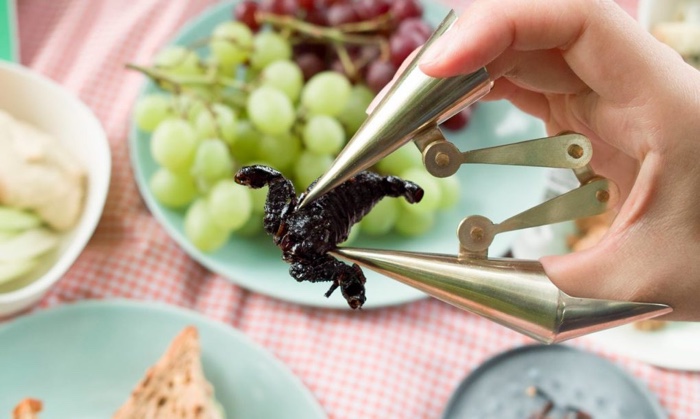 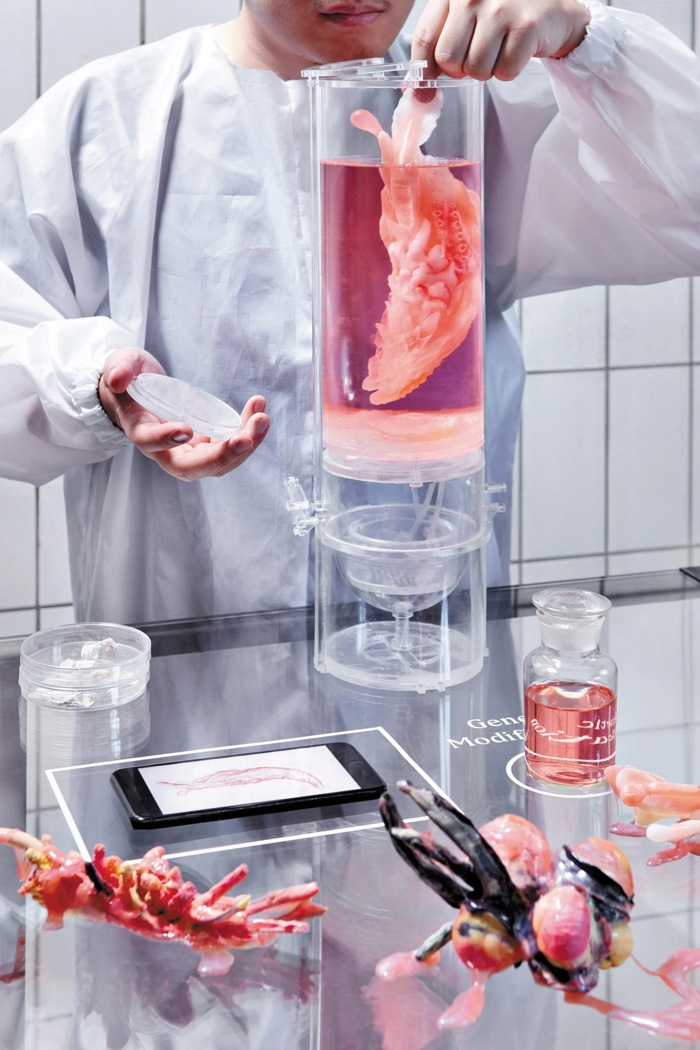 Some of the food experiments and speculative ideas described in the book might not sound that outlandish today. Many of us don’t find feasting occasionally on invasive exotic species disturbing anymore. Perhaps we wouldn’t mind tasting a long-disappeared bird. The Center for Genomic Gastronomy’s Cobalt 60 Sauce demonstrated that, for decades, we have been buying foods that came out of radiation experiments. And even though their success is not stratospheric, energy bars, pet food and hamburgers containing insects started to appear in our shops years ago. As for plastic, which we already ingest (albeit unwillingly) in breast milk, beer, sea salt and other foods, we could use it to feed organisms like meal moths, fungi and bacteria which can then be turned into nutritious edibles for livestock. And if you’re vegan or vegetarian, you’ve spent the past decade or more discussing the ethics of fake meat -a type of “imposter food” as the authors call it- whether lab-grown, plant-based or made of insects. But what if this becomes the new normal? 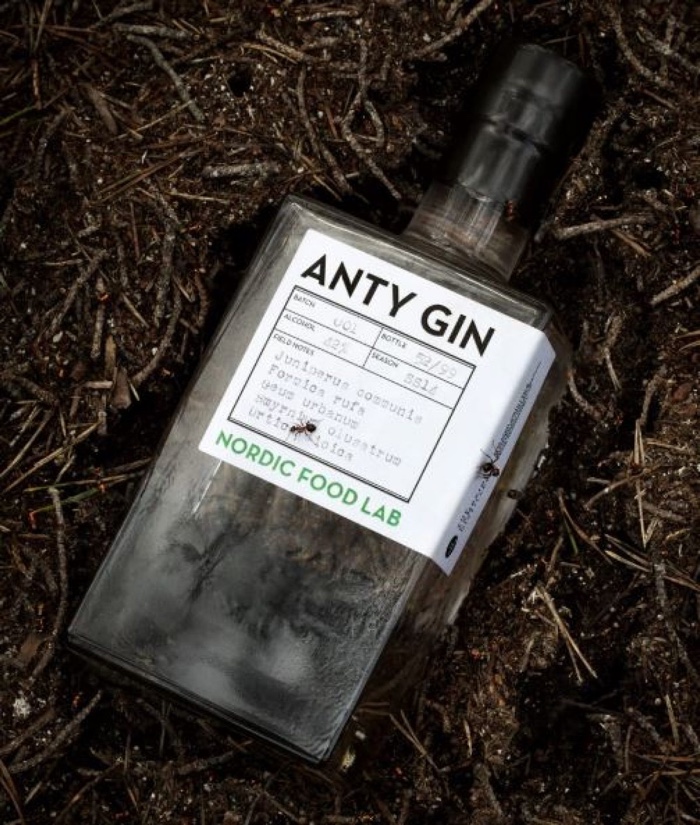 And what if other, decidedly less palatable, recipes are part of your menu in the near future? One day, we might gleefully buy products made of untapped edible resources such as sea plankton or tree bark (as in Nordic Food Lab’s birch bark bread ). Or we could explore the culinary possibilities offered by the human body: breast milk, saliva, various body bacteria, seminal fluids, our own flesh, urines, faeces and even human material removed from plastic surgeries might be included in dishes and give a new, visceral twist on the concept of locally sourced organic food.

Some artists and designers even suggest that we might one day transform our bodies to enjoy rotten food, thrive on otherwise not very energetic food sources such as cellulose, process raw materials that we cannot digest or even become more like the Elysia chlorotica, a sea slug capable of photosynthesis.

It would all be for a good cause though: the survival of the human species. Or would it? Cerpina and Stenslie underline the ambiguity of the projects they analyse in the book. These recipes might help mitigate the crisis as much as they might contribute to resource depletion and accelerate the coming collapse. 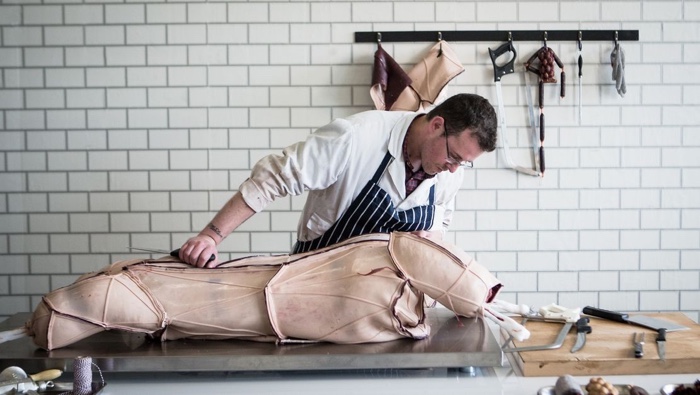 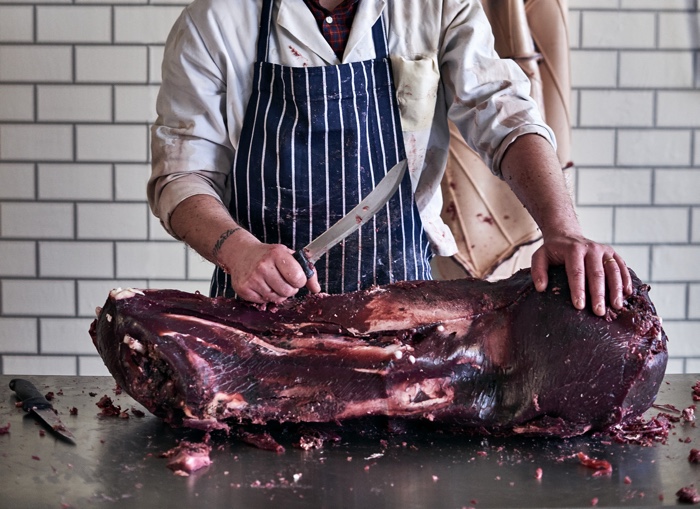 The Anthropocene Cookbook will test everyone’s boundaries and cognitive dissonances. I greedily grabbed a bar of Búi Adalsteinsson‘s insect snacks at an art biennial 5 years ago but I weep at some of the projects I discovered in the book, such as Paul Gong’s The Cow of Tomorrow. The future of food of humanity should be about making respectful, responsible and empathic choices. Still, our techno-fetishism means that the future will probably be filled with cruel gastronomic aberrations such as animals modified to their most absurd and cruel limits. But while insects -like the one in the chocolate bar I ate- can have higher energetic values than other animal meats, what would be the environmental impacts of large-scale industrial farming, the authors ask? And shouldn’t we take into consideration that insects might experience pain too?

The book does a brilliant job of asking these kinds of uncomfortable questions, testing our willingness to make radical changes and our tendency to fall for progress traps. It doesn’t contain any step-by-step recipes to overcome the massive threats to food security but it does use visual art – with the odd foray into science fiction movies and literature- to illustrate and build upon a vast amount of recent research studies that ponder upon the massive issue of producing nutritious food for the coming 10 billion people.

The Anthropocene Cookbook. Recipes and Opportunities for Future Catastrophes is a witty, incisive and inquisitive look at the survival of humanity, the future of pleasure and that irresistible urge we have to change everything around us in order to prosper. 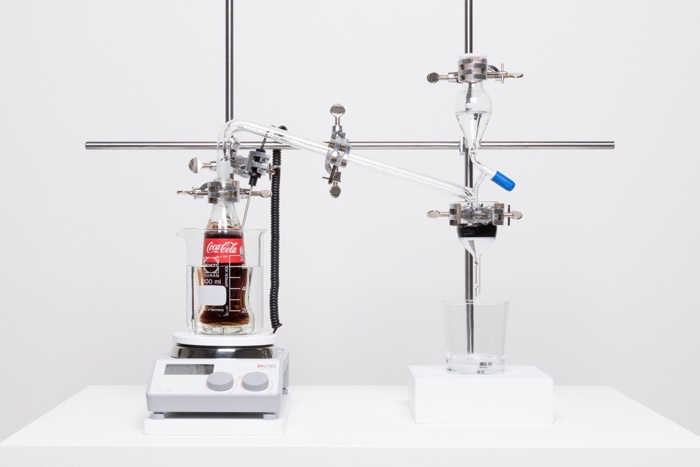 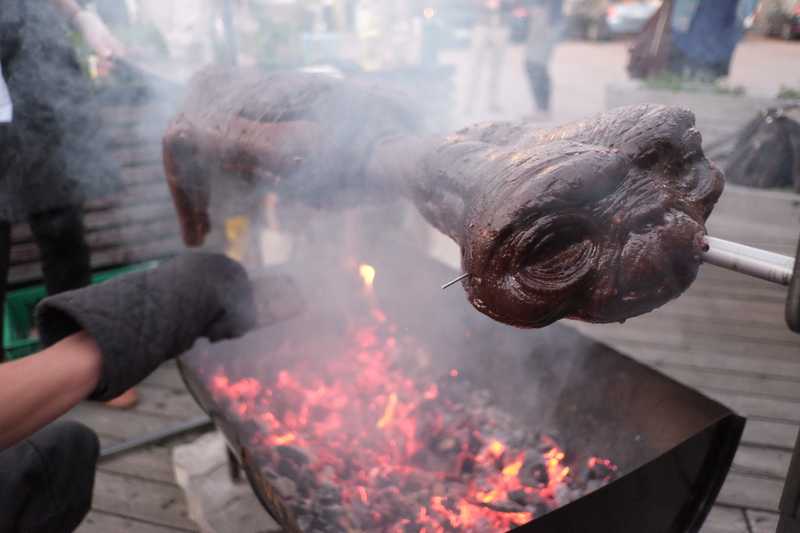 Fun fact I discovered in the book: according to a 2018 research paper, the superfood of the future might be the milk of the Diploptera functata cockroach. 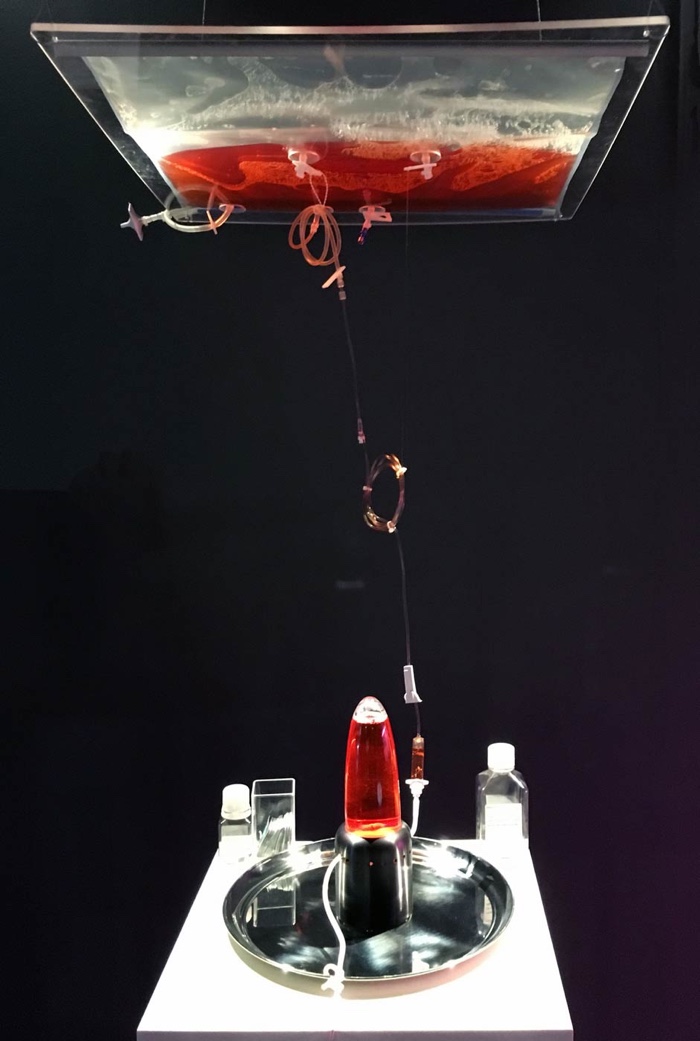 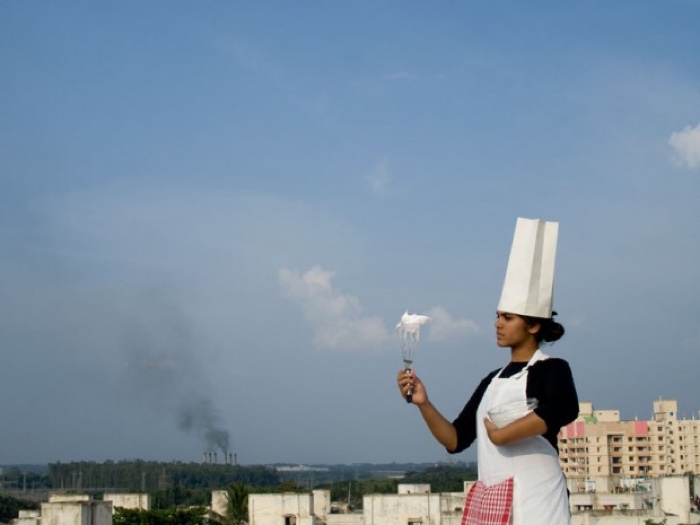 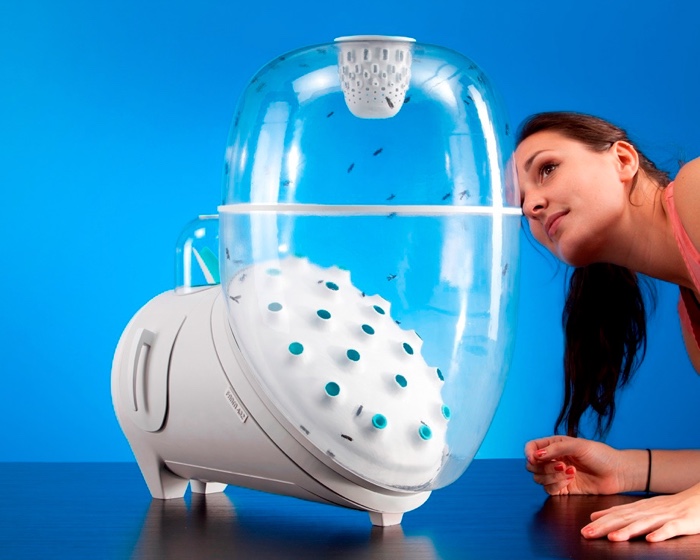 Related stories: Making cheese from the black mould on your wall; Future farming. How migrants can help Italian cuisine adjust to climate disruptions; Future evolutions of our food systems – Interview with After Agri; To Flavour Our Tears – A restaurant where insects can feast on us; From knitted meat to obsolete supermarket. Rethinking our food system; Age of Wonderland – Balancing Green and Fair Food; mEat me! Food for a post-anthropocentric society; Foto/Industria. The political, technological and cultural dimensions of food; Gilpin Family Whisky; Vapour Meat: a helmet to vape the essence of ‘clean meat’; Farming the Unconscious; Tomorrow’s tailor-made cows; Book review: Experimental Eating; Super Meal, Cobalt 60 Sauce, a barbecue sauce made from ‘supermarket mutants’, etc.