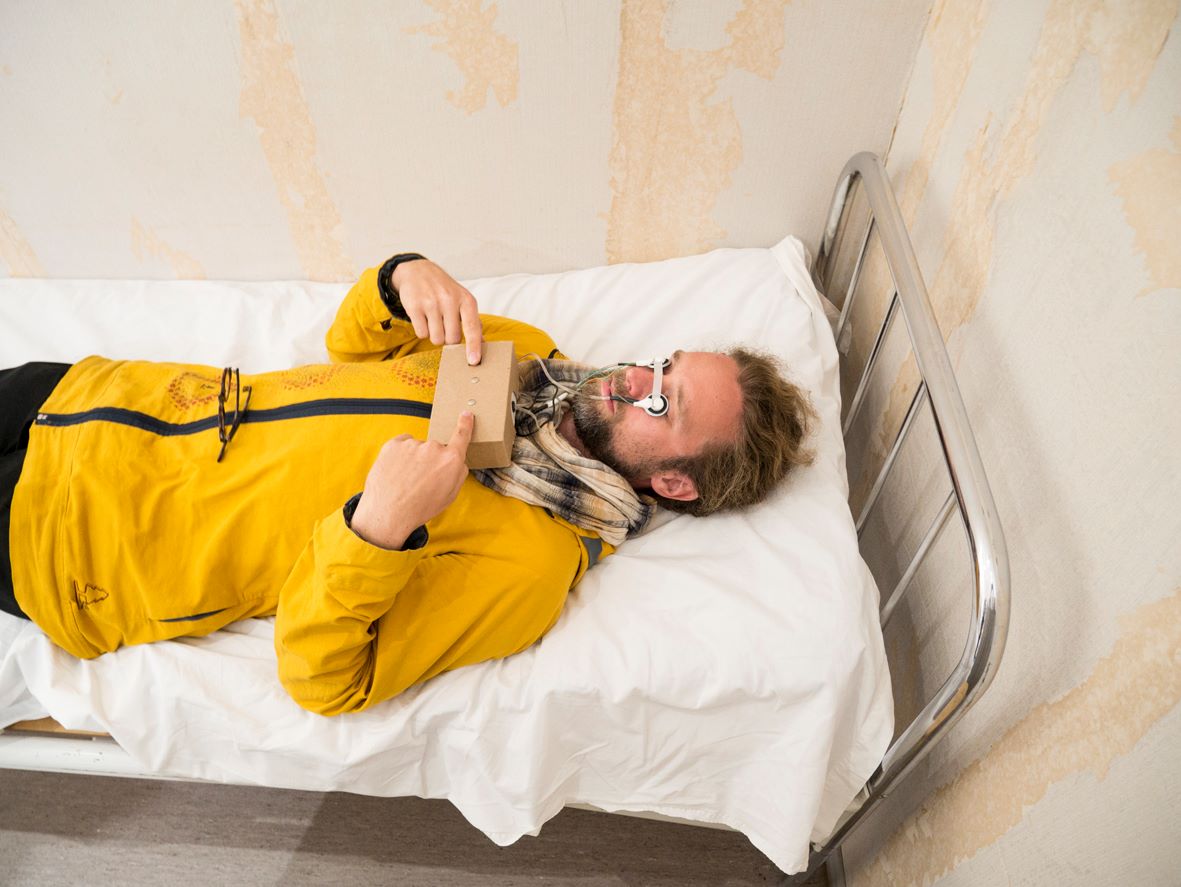 A few years ago, entomologist discovered that some moths and bees suck the tears from underneath the eyelids of birds and mammals (including humans) while they sleep. The insect attaches itself to the eyelid, then its mouth, shaped like a harpoon, starts sucking salt-rich liquid from the eyes. Some moths have also been recorded drinking sweat and fluids from the nose. Apparently, there’s even a species in eastern Russia that feeds on man’s blood. 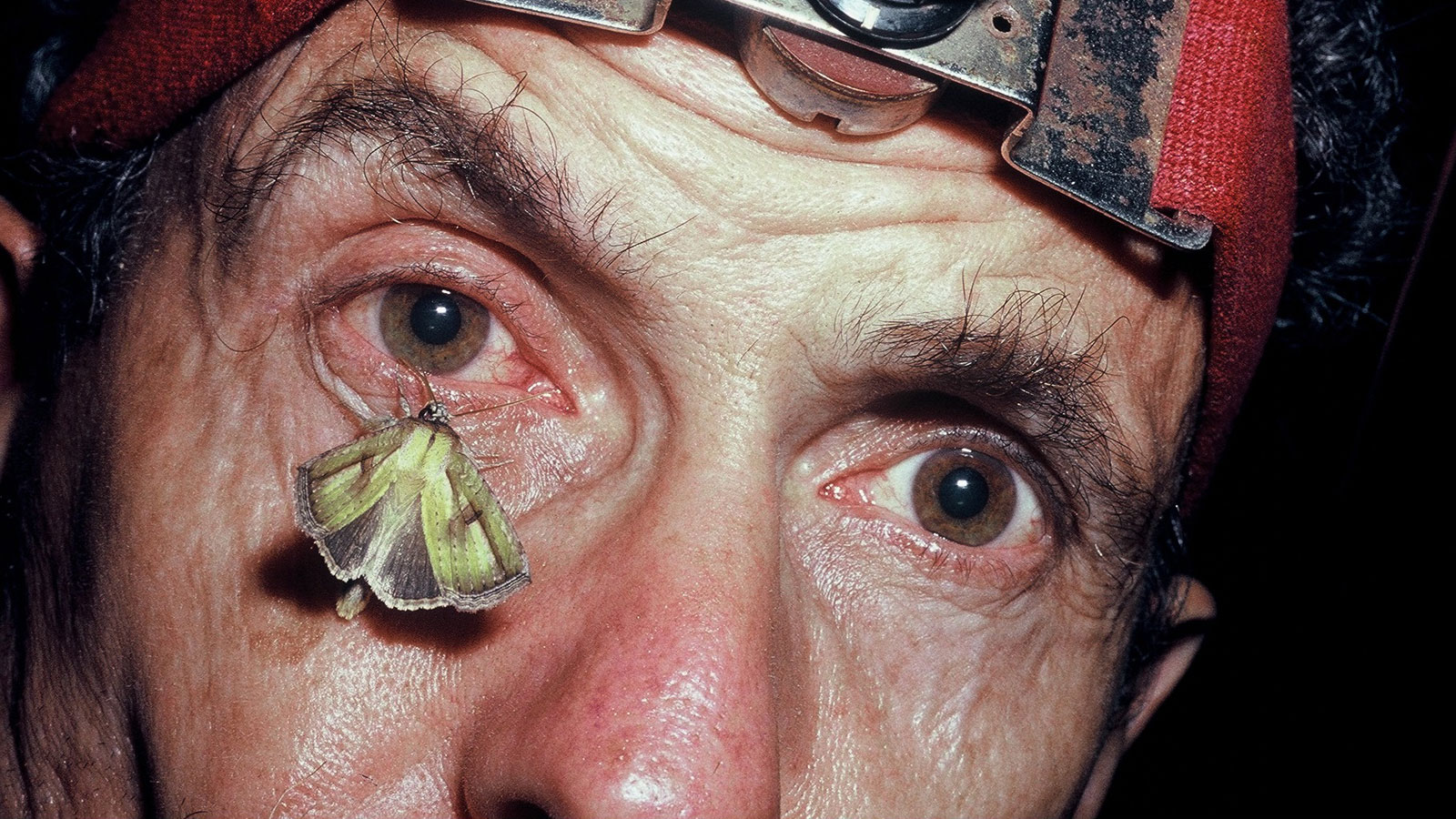 Chaeopsestis ludovicae drinking tears from the eye of the author who photographed himself . Courtesy of Hans Bänziger, via

The Center for Genomic Gastronomy, a group of artists who collaborate with scientists to explore the biotechnologies and biodiversity of human food systems, is currently working on an experimental restaurant that investigates the culinary properties of our tears, and the culinary needs of insects and other eaters-of-humans. How do you taste to the small organisms that consume parts of you everyday, and every last bit of you when you die? How can humans manipulate our bodies, diet & emotions to change our own flavour?

I loved this idea that insects could exploit us for culinary purposes and in the gentlest possible way. It would be payback time for them! Insects, after all, are touted as the next superfood. They are supposed to a great source of proteins, are widely available and when the ones you fancy are not around, breeding worms, bugs and other insects have less impact on the environment than breeding pigs. I’ve seen insect snacks in Dutch supermarkets, Belgian ones and in my favourite English organic food stores. You may find the idea horrifying but it appears that we’re already eating them every day. 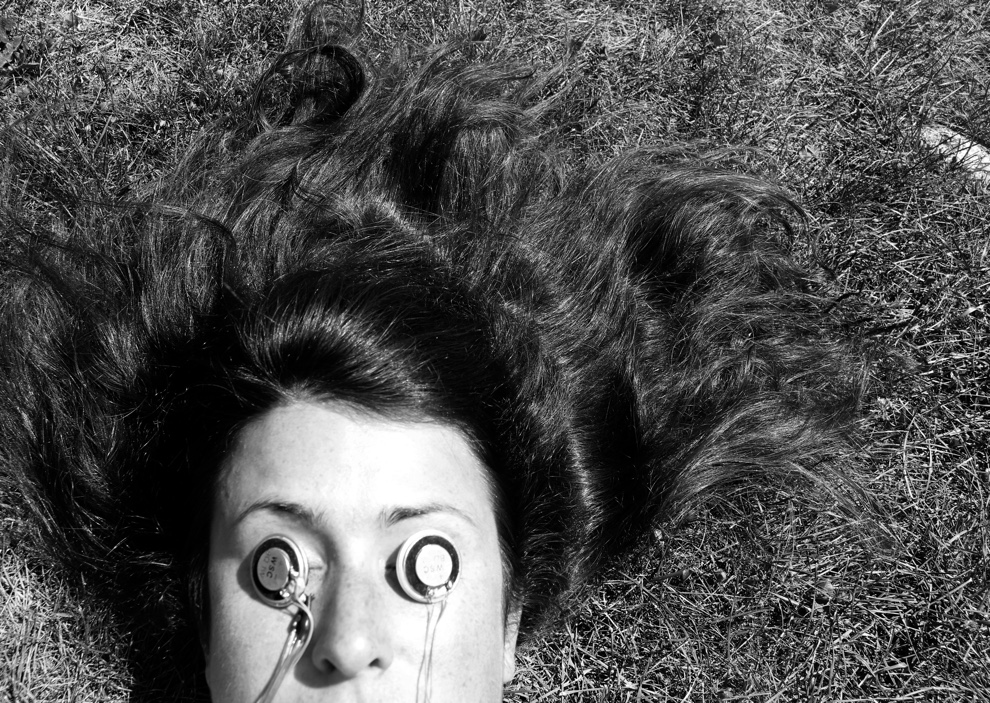 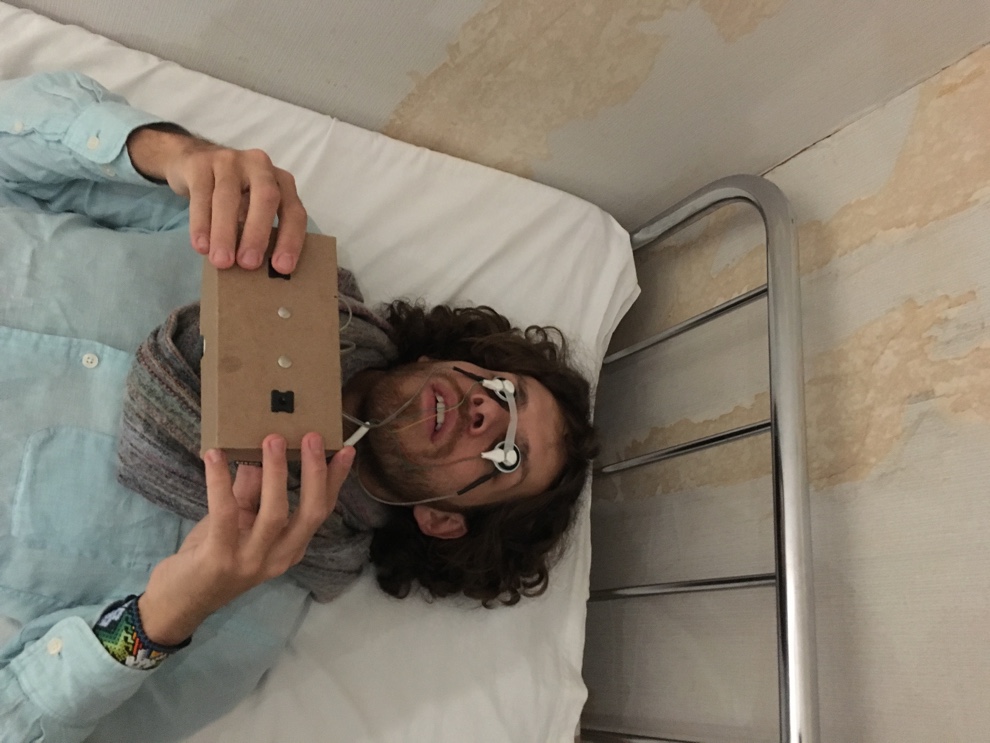 The Center for Genomic Gastronomy’s insect project, To Flavour Our Tears, was exhibited last month at the Pixelache exhibition in Helsinki and i think the work was a perfect fit for this year’s Pixelache theme: Interfaces for Empathy. Visitors were invited to think of their body as a restaurant, and start to cook and flavour themselves in a way that insects would find nutritious and flavoursome:

Humans believe we have spent the last 10,000 years domesticating species of all sizes, shaping the planet in our image. Perhaps the tear-drinking insects have been domesticating us the entire time, and they are now ready to farm our tears more intensively. Should we be attempting to repel, attract or give thanks to those that dine on us?

During the festival, the Center was handing out recipes (see images at the bottom of this story), offering the possibility to call an expert every day at 6pm to know more about the scientific background of theproject, collecting tears that were then dehydrated into salt, etc. They even had us lay down on a bed with a little ‘eyephone’ to listen to the testimony of Dr. Hans Bänziger, a Swiss psychologist and writer who let moths drink his tears.

An instrument to help you harvest your own tears

“We are calling this kind of research into flavouring oneself “AUTOGASTRONOMY,” said Zach Denfeld, co-founder of the Center together with Cathrine Kramer. “It is both metaphoric and quite possibly implementable. Where possible, at the Center for Genomic Gastronomy we try to stay true to our materials, assembling real organisms and ingredients in new configurations and find ways that we can give people the taste of the world we are imagining / speculating, and have them put the art directly into their body (or their body into to the art sometimes). We will be looking for ways to get closer to the real moths, but we will continue to search for other organisms that find parts of humans particularly tasty.”

“Even though our work often consists of Material Speculations I think the TFOT project is taking us down a more theoretical or non-material speculative approach,” he continued. “We are starting to ask questions about whether or not humans are or have been cultivated by non-humans, and how do we even go about exploring that possibility. Are we being farmed and harvested? Michael Pollan gave a talk back in 2007 asking “What if human consciousness isn’t the end-all and be-all of Darwinism? What if we are all just pawns in corn’s clever strategy game to rule the Earth? Author Michael Pollan asks us to see the world from a plant’s-eye view.” As this project moves forward, I could foresee us finding new ways to ask if humans are being cultivated / co-evolving with various agricultural species.” 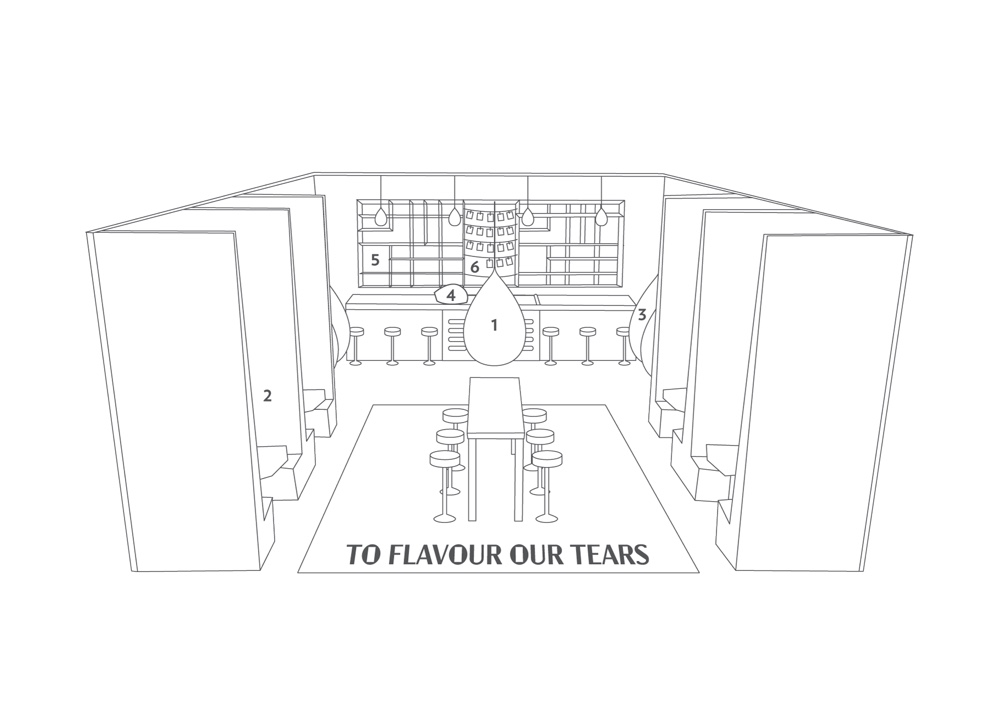 To Flavour Our Tears Restaurant, a restaurant concept where the human body is regarded as a series of ingredients that are flavoured

In my exchange with Denfeld, he raised another interesting point: the most health-conscious of us are actually already tending to the needs and preferences of our microbiota, the aggregate of bacteria, fungi, archaea and other microorganisms, that resides on or within a number of tissues and biofluids. We know that ingesting more prebiotic food and probiotics is beneficial to the happiness of our gut microbiota, for example. The restaurant would thus be the next, less anthropocentric, step. We would make ourselves more tasty to non-human species that consume us. 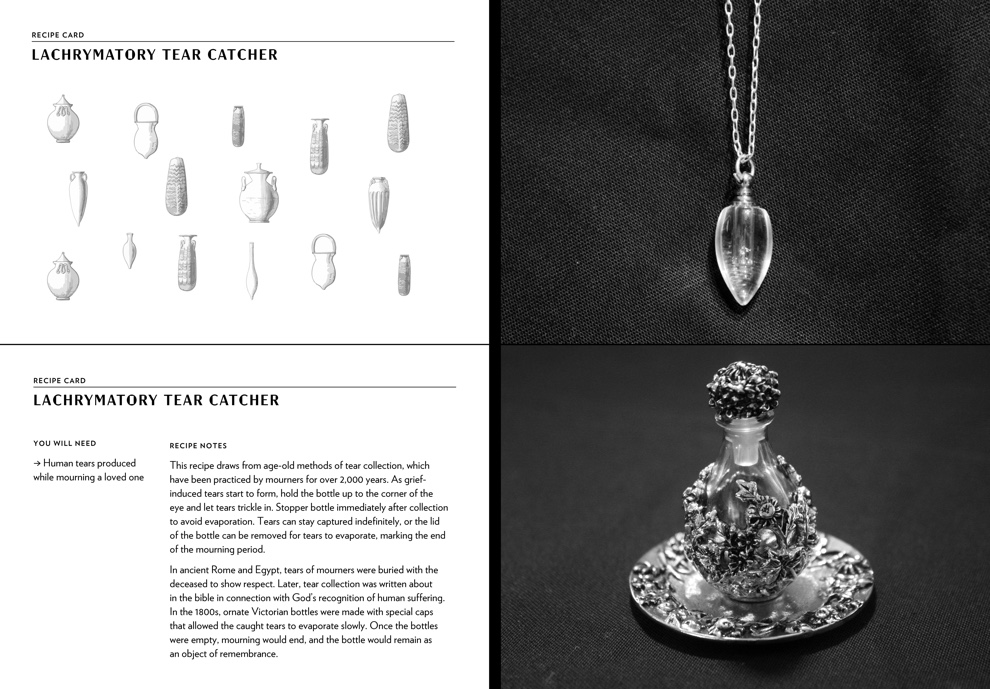 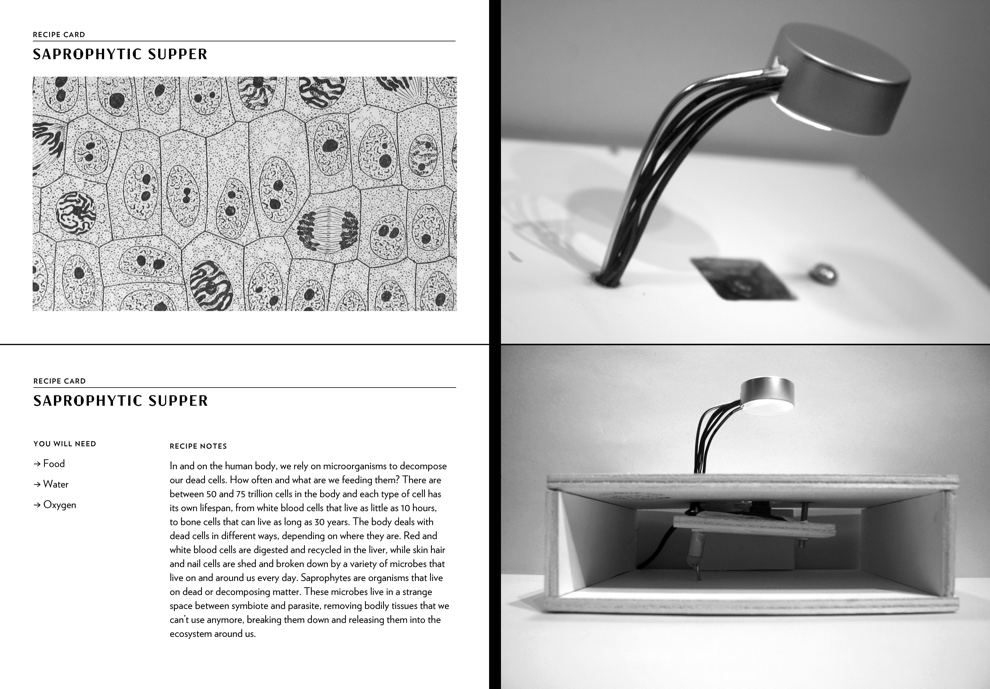 Saprophytic Supper (from the word saprophyte, an organism, especially a fungus or bacterium, that derives its nourishment from dead or decaying organic matter)

For the second installation of the restaurant at the Jyväskylä Art Museum in Jyväskylä, Finland, The Center for Genomic Gastronomy took samples from people’s skin, hair and from around the room, looking for dust-mites and other eaters-of-human in our DIY microscope. 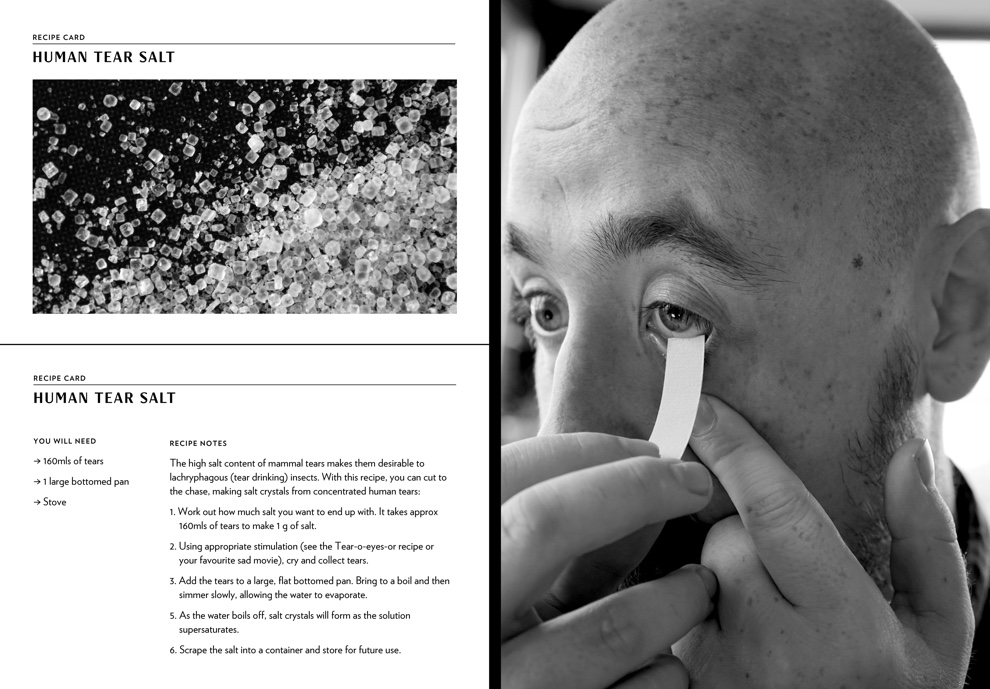 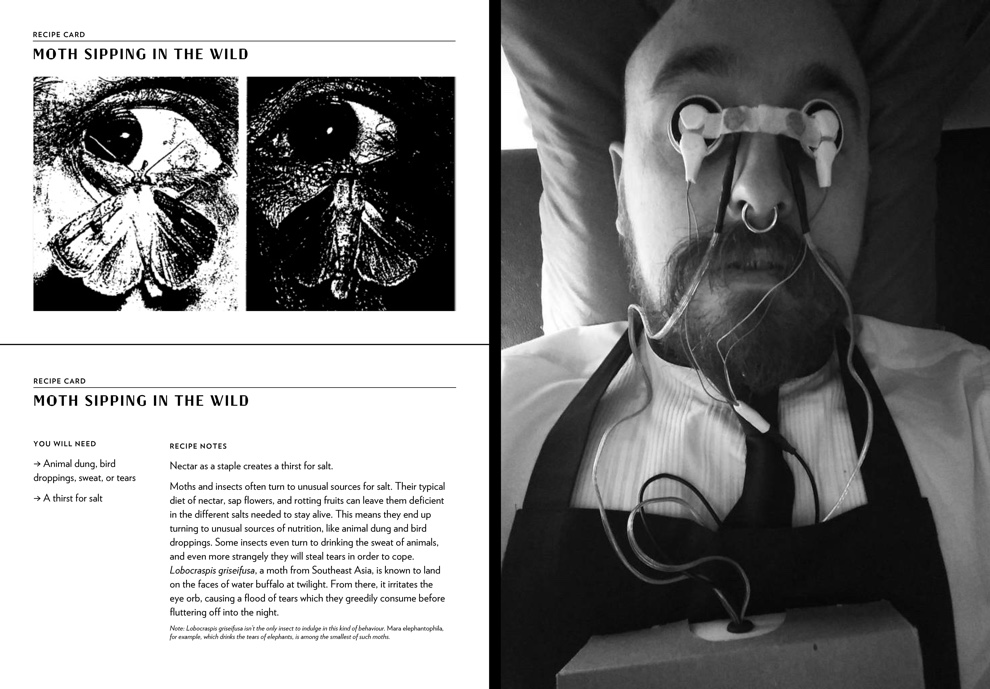 If you want to know more about The Center for Genomic Gastronomy’s research, i can’t recommend their publications enough. They are as entertaining as they are informative and eye-opening. There’s already 3 issues of Food Phreaking, a booklet about meat-free proteins titled Pray for Beans, and a rather brilliant Experimental Eating, 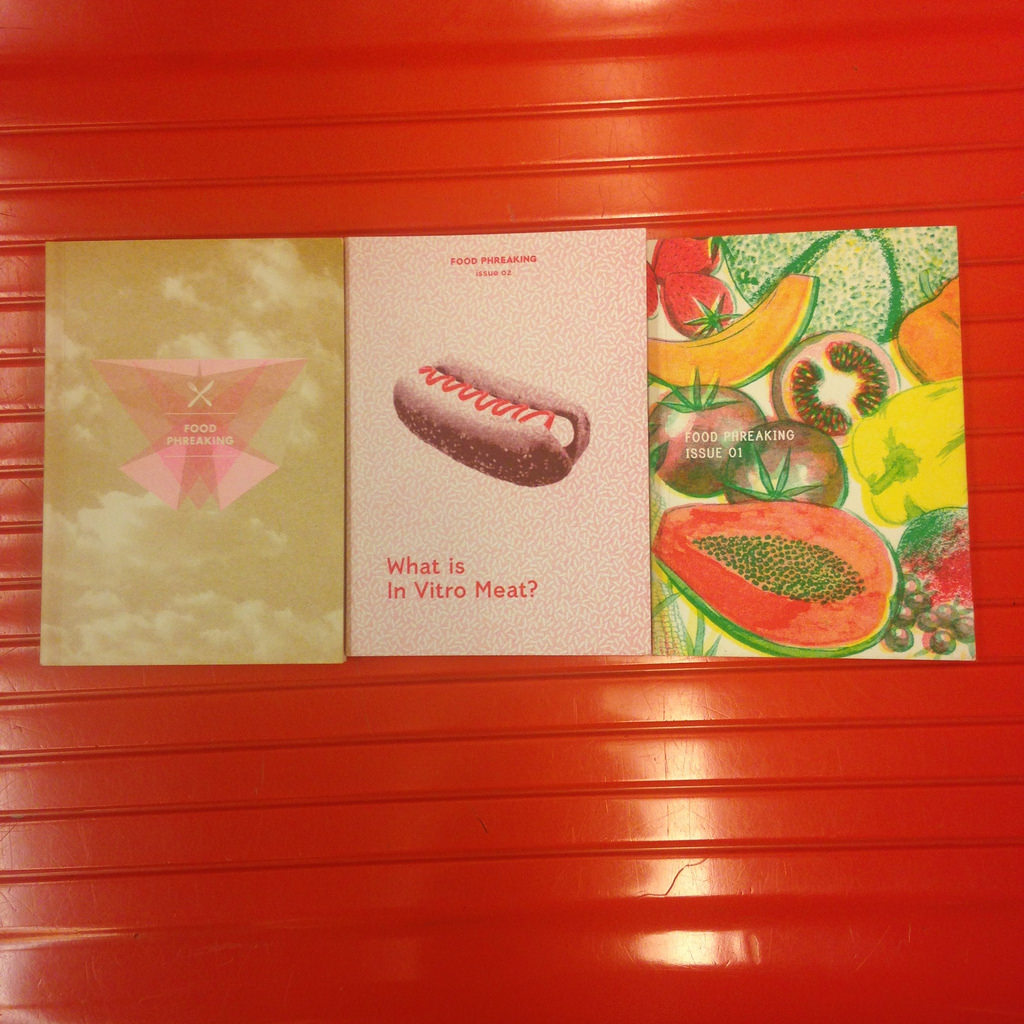