The Pixelache Festival opened last night in Helsinki. It is, as usual, full of good surprises and inspiring shenanigans. The theme this year is:

The whole program is dedicated to exploring how empathy can be extended to the whole ecosystem, not just to other human beings. I’ll write a proper report later but today i really wanted to publish my notes from Katri Saarikivi‘s talk at the opening evening of the festival.

This month i’ve been writing about gloomy topic such as the drones that kill, robots that might take the power over us, oil industry that exploits its workforce, off-shore tax havens that enable the 1% to enjoy full impunity, etc. I thought i should also make space for stories that puts the human genre in a more positive light. 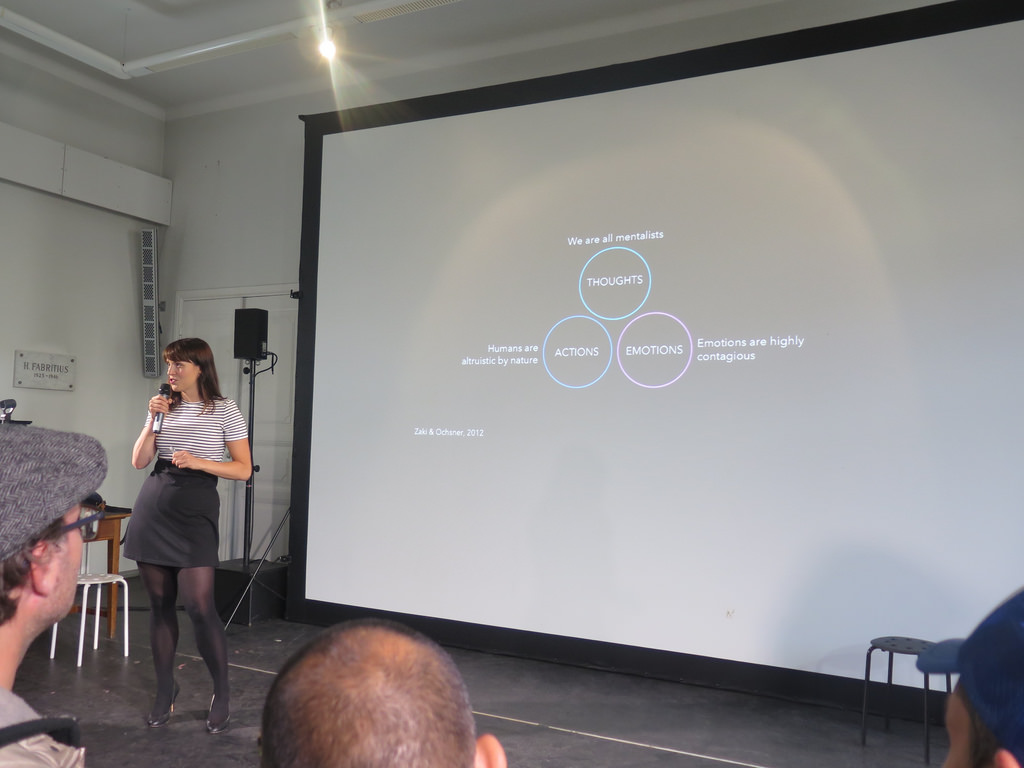 Saarikivi is a cognitive neuroscientist and the leader of NEMO – Natural Emotionality in Digital Interaction at the University of Helsinki. The group is looking for new ways to digitalize and transmit empathy in the digital realm. Her quick introduction to The Science of Empathy was brilliant and uplifting.

Saarikivi explained that empathy is important. It’s what makes us connect to other people’s emotions. Empathy is also an essential survival skill for humans. It’s what makes us come together and collaborate. It also makes collective intelligence possible. Compared to big beasts like bears and tigers, humans are small and weak so we needed to cooperate in order to be able to overcome them. That’s what has enabled humanity to survive and flourish over time.

Even if we don’t have to face big beasts nowadays, we still benefit from empathy. It is our route to great achievements. We wouldn’t have managed to put Rovers on Mars without it (whether sending vehicles onto distant planets is the most interesting thing we can do is another story.)

In fact, a report titled Evidence for a Collective Intelligence Factor in the Performance of Human Groups showed that collective intelligence was best when it came to finding solutions to problems. According to the researchers, The key to high performance lay not in the content of a team’s discussion but in the manner in which it was communicating. Collective intelligence is at its most efficient when the following factors appear during the discussions:
– short speeches, no monologues,
– responsiveness towards others,
– everyone gets a turn to speak.
– empathy (the reading the mind in the eyes test)

Even Google data analysts agree. After years of intensive research on how to produce a more productive team, the tech giant discovered that the key to good team work was being nice.

In the future, the importance of empathy might become even more apparent. People will have to focus on tasks in which they are better than the ‘robots’. Tasks that can’t be automated and require ‘softer skills.’ Some of these tasks are the ones that involve learning and creativity; flexible, contextual thinking; empathy, etc.

Empathy, according to Saarikivi, is the ultimate human quality.

In neuroscience, empathy is divided into 3 levels: Thoughts, Actions and Emotions.

Thoughts: empathy helps you understand how other people think, it enables you to put yourself into someone else’s shoes. We are all mentalists!
Emotions: other people’s emotions are contagious. We feel sad when we see someone cry and feel happier when we see another person smile.
Actions: Mechanisms in our brain makes it rewarding to be altruistic.

Saarikivi explained that if you remove self-control from humans, they become overly generous towards other humans. It seems that we are inherently altruistic, that sharing and being generous is part of our brain default state.

What Saarikivi’s research group is trying to understand is how these mechanism works so that they can create more opportunities for empathy.

But neuroscience realizes that it might not be enough to understand what happens in the brain of one person. That’s where the two-brain perspective comes in. Two-brain neuroscience measures the activity of two brains at the same time and looks at the connections.

Researchers found that “cognition materializes in interpersonal space“:
– Rhythmic activity of brains synchronizes during interaction,
– The greater the extent of neural coupling between a speaker and a listener, the better the understanding.

One of society’s current challenges is that empathy is not communicated efficiently online. The internet was conceived as a tool for empathy but as we know, that’s not what is happening. We need to improve ‘virtual empathy’. It appears that when we go online we are less empathetic than when we are face to face. Why? Saarikivi believes that the tools we use are not built to take human empathy into consideration. 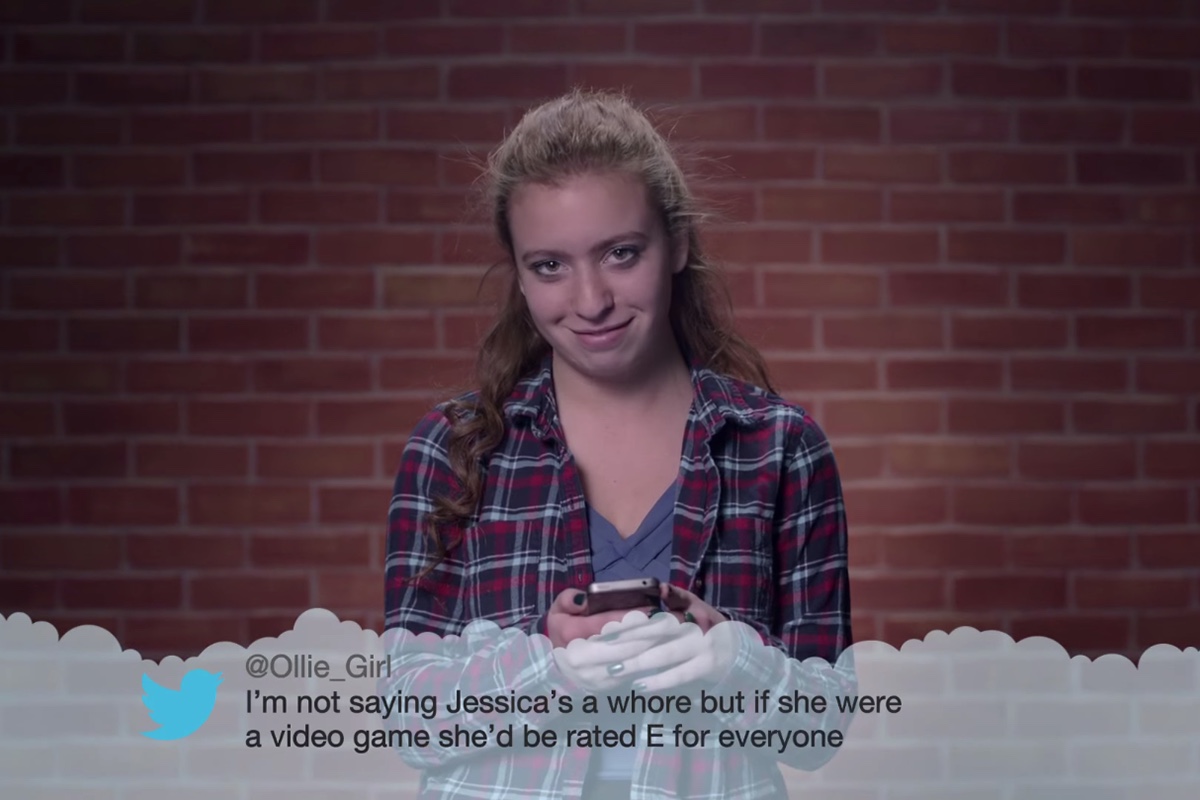 When a person’s feeling don’t reach you, this person can’t touch you. That’s how you end up with trolls.

She concluded that we need more interfaces for empathy, whether they are digital or not. We need them now because society is facing problems of global magnitude that we won’t be able to solve without empathy.

The Pixelache Festival takes place from September 22nd to 25th in Helsinki.