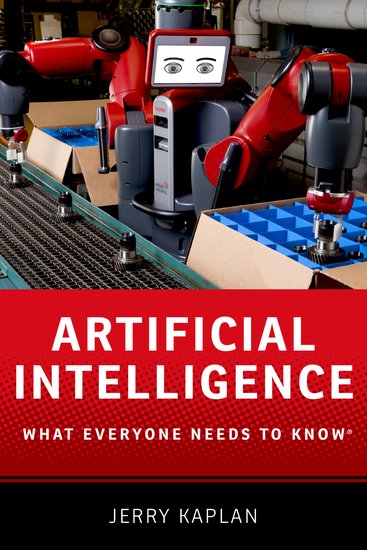 Artificial Intelligence. What Everyone Needs to Know, by computer scientist, researcher and futurist Jerry Kaplan

Publisher Oxford University Press writes: The emergence of systems capable of independent reasoning and action raises serious questions about just whose interests they are permitted to serve, and what limits our society should place on their creation and use. Deep ethical questions that have bedeviled philosophers for ages will suddenly arrive on the steps of our courthouses. Can a machine be held accountable for its actions? Should intelligent systems enjoy independent rights and responsibilities, or are they simple property? Who should be held responsible when a self-driving car kills a pedestrian? Can your personal robot hold your place in line, or be compelled to testify against you? If it turns out to be possible to upload your mind into a machine, is that still you?

Sometimes i realize that i need a new perspective on technology. My main sources of information about science or technology are art exhibitions, social media channels run by activists and books by social scientists or philosophers. I decided to expand my horizons and check out what an engineer has to say about technology. In particular artificial intelligence.

I thought a book like Artificial Intelligence. What Everyone Needs to Know wouldn’t overwhelm me with nerdiness. The volume is part of an Oxford University Press series that aims to offer compact and balanced monographs on complex issues in a Q&A format.

In his intro to the book, computer scientist and futurist Kaplan promises to give nontech readers an overview of the key issues and arguments about the main social, ethical, legal and economic issues raised by Artificial Intelligence.

The experience didn’t start too well for me… The first part is remarkably techy for a book that promises not to scare off the amateur. It’s not difficult to follow at all but i was there for the ethics, the critics and the possible pitfalls of AI! I soldiered on nonetheless, read about the intellectual history of AI, the history of machine learning, the various types of AI (actually that part was very interesting, it gives grounding and clarity to the whole field), etc. 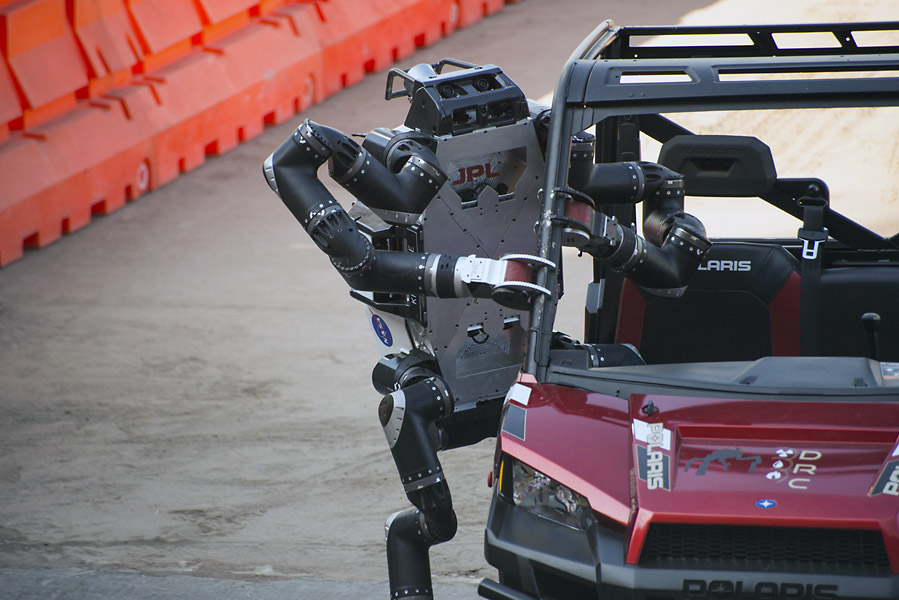 Things picked up for me at chapter 4, the one that studies the philosophy of AI and how it poses a series of challenges to philosophy or religious doctrines which often orbit around human uniqueness and our place in universe. Whereas the first few chapters explained terms such as computer vision, speech recognition, natural language processing, the pages in chapter 4 invite readers to reconsider and refine their understanding of intelligence, free will, consciousness and what it means to be ‘alive.’ Automated methods are slowly nibbling at the list of abilities previously considered the sole province of humans. Think of chess, for example. Pre-Deep Blue, being a master of chess was regarded as the epitome of being intelligent and human. Then in 1996, Garry Kasparov was defeated by a computer and we had to find new benchmarks to define human intelligence.

The following chapters kept on getting more and more relevant to my interests as they explored the impact that AI will have -or already has- on law, on human labor, on social equity (although the disruptive effects of AI are not inevitable, it is quite likely that income inequality will get worse) and it ends by looking at the possible future impacts of artificial intelligence.

The questions Kaplan explores are fascinating. I sometimes wished he would have added more details and depth to several of the issues he presents but i guess the particular format of the book made it difficult for him to be too lengthy. Here are some of the questions he answers (and sometimes admits we don’t have quite yet the framework to answer them with certainty):

Should people bear full responsibility for their intelligent agents (if your autonomous car hits someone)? Should an AI system be permitted to own property? Could an AI system commit a crime (answer is yes) and can it be held accountable for it? Can a computer ‘feel’? Which professions are under threat of being automated in the near future? Will i be able to upload myself into a computer? How can we minimise future risks posed by the machines? What will be the impact of AI on social equity? What are the benefits and the risks of making computers that act like people? Who’s going to benefit from this tech revolution? Are there alternatives to our current labor-based economy?

Artificial Intelligence. What Everyone Needs to Know is not a book i would normally pick up but i’m glad i did. There is much hype and fear around robots and artificial intelligence and it’s difficult to get a clear view of what lays ahead of us. Much of the public perception of AI is shaped by Hollywood, sensationalist headlines, and videos of robots interacting flawlessly with a trained demonstrator. The reality, as Kaplan demonstrates in this book, is a bit more complicated:

IEEE Spectrum, A compilation of robots falling down on Day 1 of the DARPA Robotics Challenge Finals, 2015