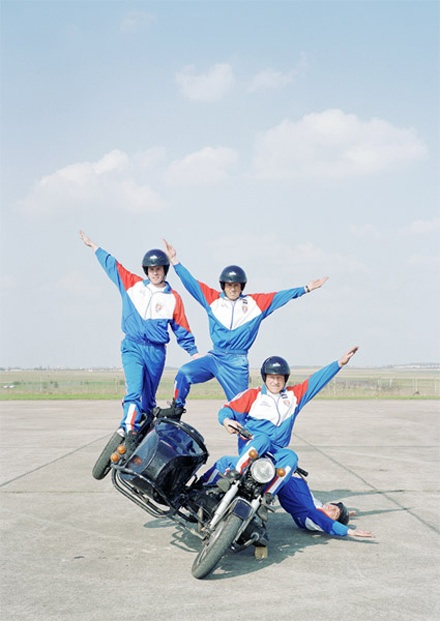 The 7th International Biennial of Photography and Visual Arts in Liege is one of the most exciting art events i’ve seen in a while. This year’s theme is (Out of) Control. It oscillates between the cheerful and the somber, between the mundane and the extraordinary. I’ll get back to you with a proper report but i couldn’t help singling out a quirky series of photos i discovered at the biennial 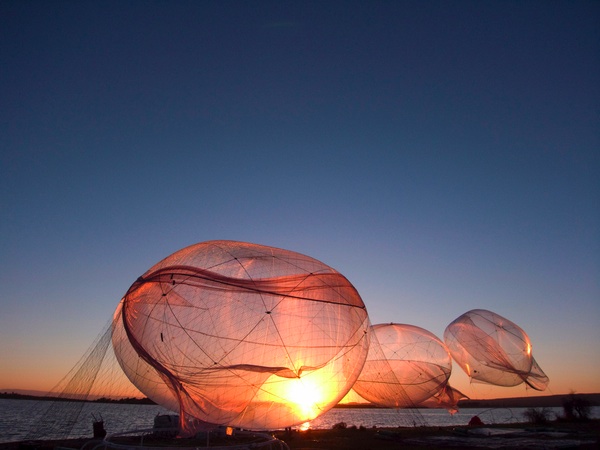 Tomas Saraceno’s Galaxies Forming along Filaments, like Droplets along the Strands of a Spider’s Web was the ultimate photo-magnet at this year’s Venice Biennale. No doubt the work he’s exhibiting at ReThink: Contemporary Art and Climate Change in Copenhagen is meeting with the same fascination from the audience. I’ve seen his pieces in numerous group exhibition. They are always striking of course but i never really took the time to sit down and watch his work with enough attention 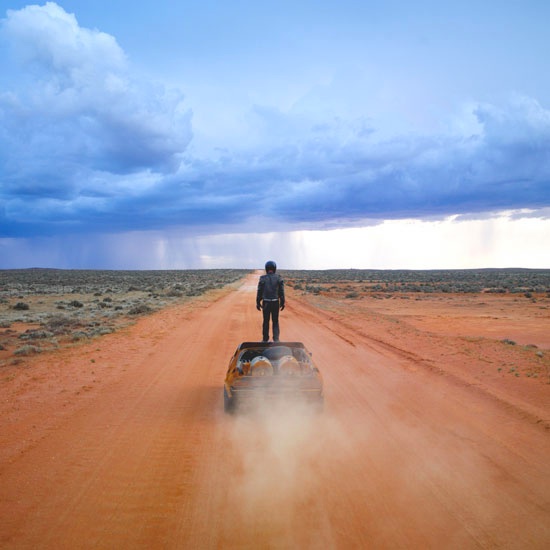 First stop: the show MADDESTMAXIMVS at the Australian Pavilion. I wasn’t expecting to like that one as much as i did. A 1:1 ‘sculptural’ replica of the V8 ‘Interceptor’ car driven by Mel Gibson in Mad Max 1 and 2 parked at the entrance of the pavilion almost made me run in the opposite direction 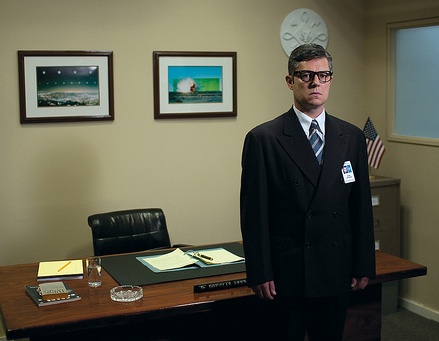 What logic lies behind major technological pushes of the past and how could it apply to future projects and what could we learn from the visions of an American past that never happened? 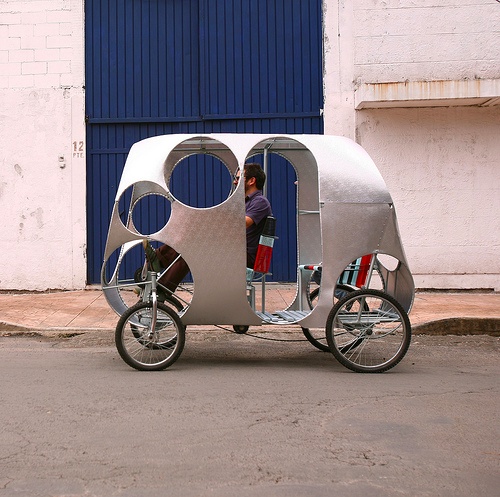 Leonardo Da Vinci was credited with sketching the world’s first self-propelled vehicle back in 1478. But da Vinci was a Renaissance Man, a man at ease in front of a religious scene to paint as much as in front of a technological challenge. There’s no artist from the Renaissance in the exhibition, the majority of the works exhibited come from the last two decades but they demonstrate that contemporary artists do not need to graduate as engineers to re-invent the car… even if the result of their experimentation has no ambition to compete with what comes out of a Porsche factory 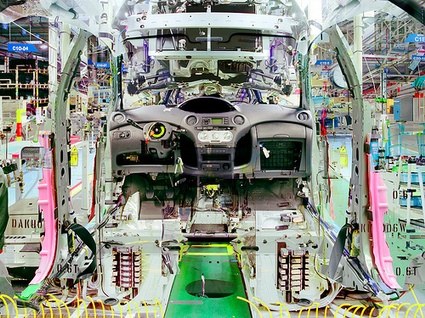 At the beginning of the 20th century, cars were hand built by small teams of highly skilled craftsmen and women. Only a small elite could afford to buy one until Henry Ford developed a system of mass-producing automobiles that lowered the unit price and enabled the average consumer to buy a car.

Tobias Rehberger takes history backwards. In 1999, the artist embarked on a project that saw him sending simple sketches, composed essentially from memory, of iconic cars such as a Porsche 911 and a McLaren F1 to a workshop in Thailand 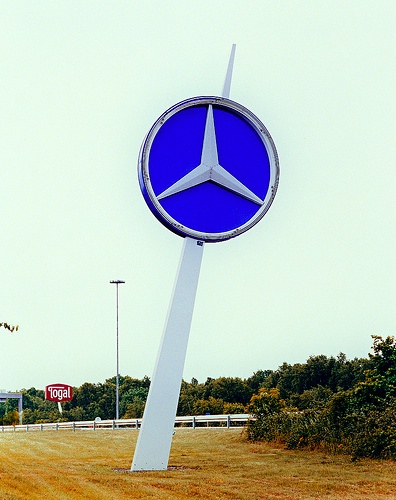 Cars have shaped the 20th century probably more than any other product of technology. Ever since Carl Benz created the first “horseless carriage” (1885), the automobile has had a deep impact on almost every single aspect of our life: landscapes, architecture, geo-political relationships (necessity to gain control of the areas that produce its fuel), social and labour movements, even the air we breathe 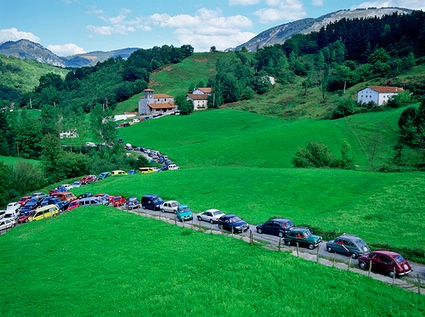 The latest exhibition at Laboral, AUTO. DREAM AND MATERIAL, showcases 100 artworks which, each in their own way, explore the relationship between car culture and art creation in recent decades 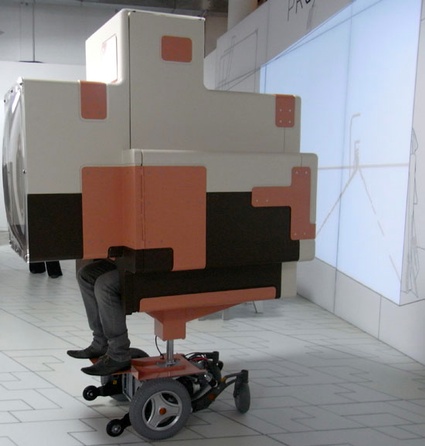 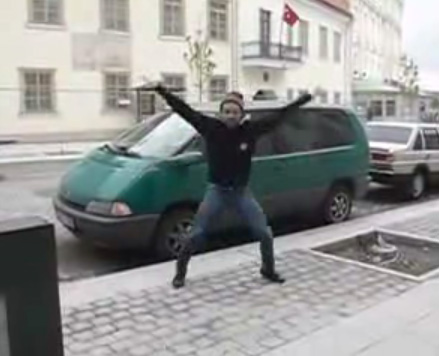 One day, Daniel Eatock left his desk, found the car whose alarm had been interrupting his peace every five minutes, and waited for the siren to switch on. When the siren sounded, he started dancing like a madman. He made videos of several of his car alarm dances, never touching the car, only dancing to the sound pollutants 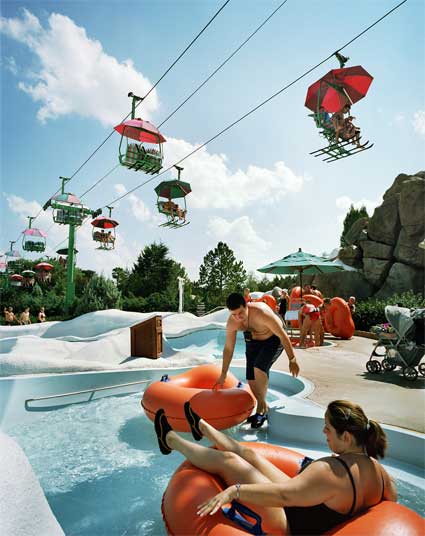 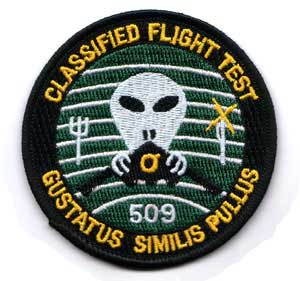 How the Black World, a world of the world of classified programs, projects, and places, whose outlines, even existence, are deeply-held secrets by the military, leaves traces. 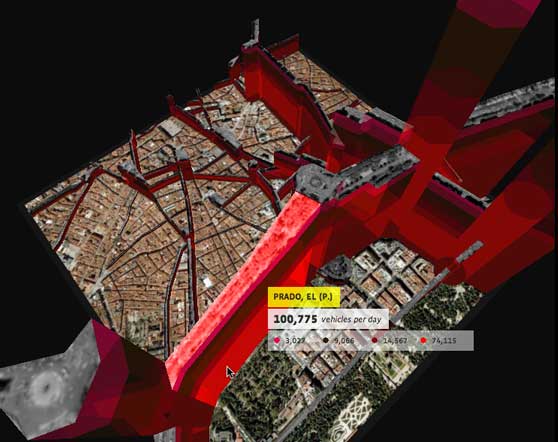 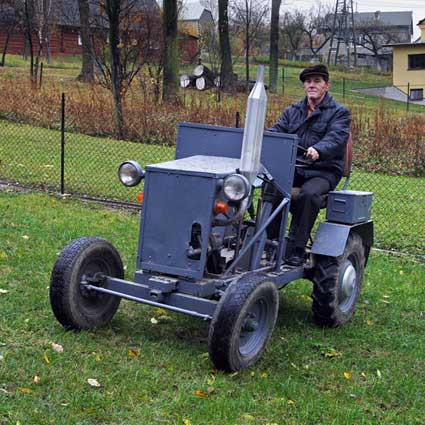 In socialist Poland it was almost impossible to acquire a tractor. Farmers were thus forced to construct their own machines using bits and pieces from whatever machines they could find

A few weeks ago, Rafael Mizrahi told me about the 4th Kinnernet, a hyper-geek event organized each year […]

Another one of my favourite projects at the RCA Design Interactions show: Tuur Van Balen‘s Larry’s Pillow – […]

While technological progress makes it easier to travel and to stay in contact with remote places, physical movement […]

Yesterday i was in Turin. And bored (nothing new under the sun thus) so i followed exibart‘s advice […]

The MIT Senseable City project had a big room inside the Italian Pavilion of the Biennale this year. […]

The magnificent Flying Steamroller (1996), by American artist Chris Burden, is in London until Sunday. Every half hour […]

According to research by Sheilas’ Wheels, a UK car insurance company which had previously designed a female-friendly seatbelt, […]

The Queen takes the salute from Chelsea Pensioners at the Founders Day Parade, Royal Chelsea Hospital. Via The […]

In 1912, Austrian tailor Franz Reichelt leaped from the Eiffel Tower in a combination overcoat-parachute of his own […]

Designmai is over and i have tons of stories i hope to find the time to blog: Carhood, […]

A man steers his homemade cart down the street in the Iraqi Kurdish city of Arbil. Picture found […]

The fuselage is the only part of a decommissioned airplane that cannot be effectively recycled. The cost of […]

According to report in Spiegel Online, the German ministry of transport is currently looking into giving the Segway […]

we make money not art
About Advertising Search
Loading Comments...