In 1990, during the First Gulf War, GPS technology revolutionised warfare in the desert to the point that the conflict came to be known as The First Space War. 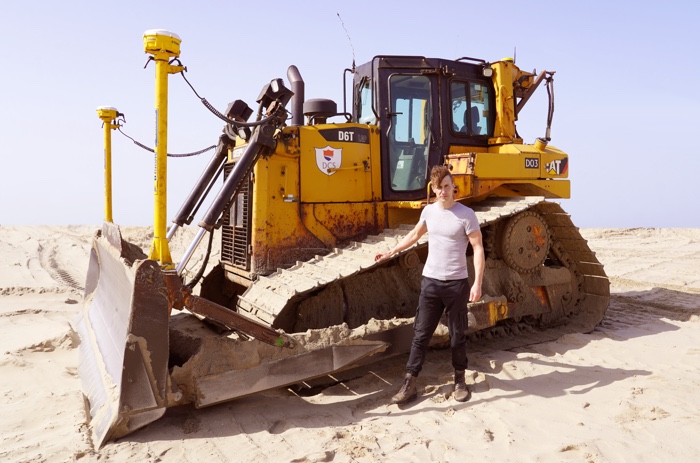 Dani Ploeger with a Caterpillar D6 GPS-controlled bulldozer. Image courtesy of the artist

The prominent use of GPS satellite navigation, precision-guided munitions, stealth aircraft and other sophisticated equipment by the US forces and their allies conveyed the idea of a new type of high-tech, “cleaner”, high-precision offensive. The reality belies this discourse of rigor and clinical efficiency: precision-guided munitions, for example, amounted to a mere 7.4% of all bombs dropped by the coalition and the rest of the military operation had decidedly low-tech aspects. 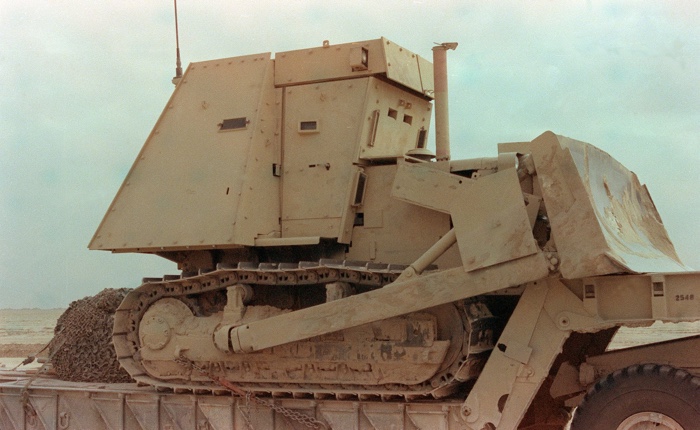 A D-7 armoured bulldozer of the US Army’s 8th Engineers rides on a flatbed trailer as part of a convoy heading north during Operation Desert Storm. Photo: Staff Sgt. J.R. Ruark, 1991

An example of indiscriminate, brutal, yet carefully planned episode in the conflict involved a day in February 1991 when the U.S Army division used ploughs mounted on tanks and combat earthmovers to bury Iraqi soldiers – some were already dead but others were alive, either wounded or still firing their weapons. They buried the Iraqis in the trenches and bunkers where they squatted, heaping tons of sand upon their heads. “For all I know, we could have killed thousands,” said Col. Anthony Moreno, commander of the 2nd Brigade that led the assault on the heaviest defenses. The result of the attack was a battlefield without any visible body, without any of the unpleasant blood and bits of flesh associated with war. Without any U.S. casualty. 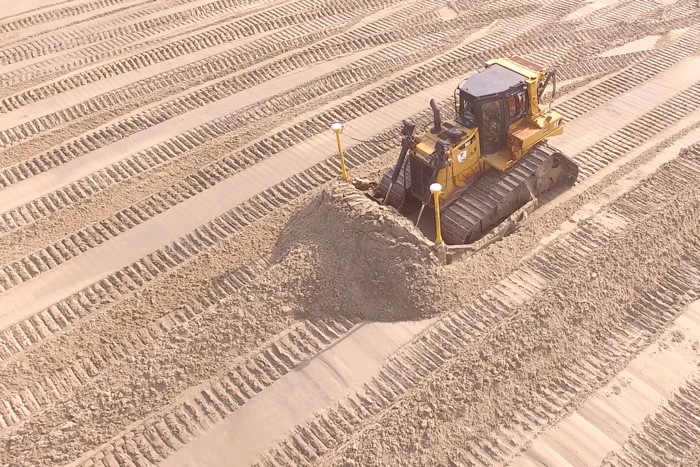 To mark the 30th anniversary of the end of the war, artist Dani Ploeger created a land art performance that explores the tensions between the unavoidable barbarity of war and the increasingly sophisticated technologies that enable a greater distance (both physical and emotional) between combatants. 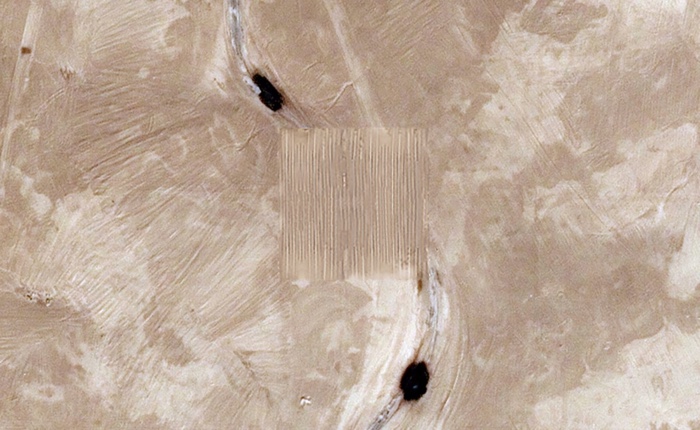 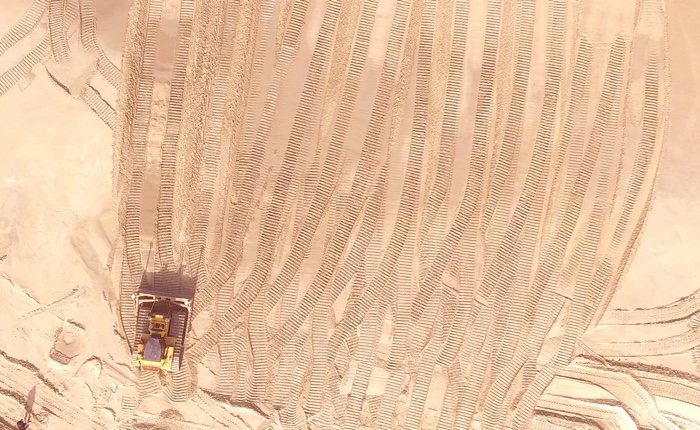 Traces of military activity during the Gulf War remain visible in the desert landscape of Kuwait in various places. At 29°46’11.5″N 47°26’53.6″E, left-overs of Saddam Road, which was constructed by Iraqi troops during the war, are still visible. Within this 100 by 100 metre square desert area, the artist used a GPS-controlled bulldozer to create an ephemeral monument. The heavy vehicle removed remnants of ‘Saddam Road’ and traces of the conflict. A paradoxical act of erasure in memory of the unknown bodies that have disappeared under the sand.

A Space War Monument doesn’t just commemorate the 30th anniversary of the end of the Gulf War, it also politicises the desert landscape, and engages with controversial topics such as the monuments that memorialise unpleasant historical moments and characters, the delegation of violence to machines and the toxic link between today’s navigation tools and the military-industrial complex.

A Space War Monument is a project by Dani Ploeger, commissioned by the Kuwait Pavilion ‘SPACE WARS’ at the 17th International Architecture Exhibition of la Biennale di Venezia, on the occasion of the 30th anniversary of the end of the Gulf War in 2021. It takes the form of the temporary installation in the desert and a website featuring contextual essays. 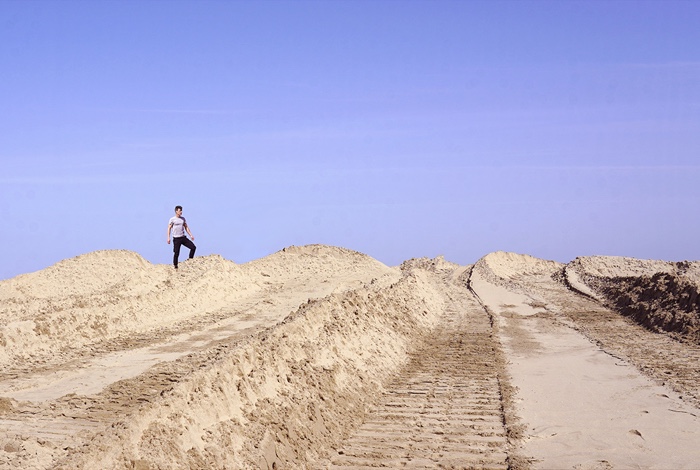 Dani Ploeger working on the land art piece in the desert. Image courtesy of the artist