The RIXC Open Fields conference took place a couple of weeks ago in Riga, Latvia. Like each year, the event spurred conversations addressing the current and upcoming challenges of a society that is increasingly shaped by technology and science. This year’s edition specifically looked at ubiquitous surveillance and data privacy. 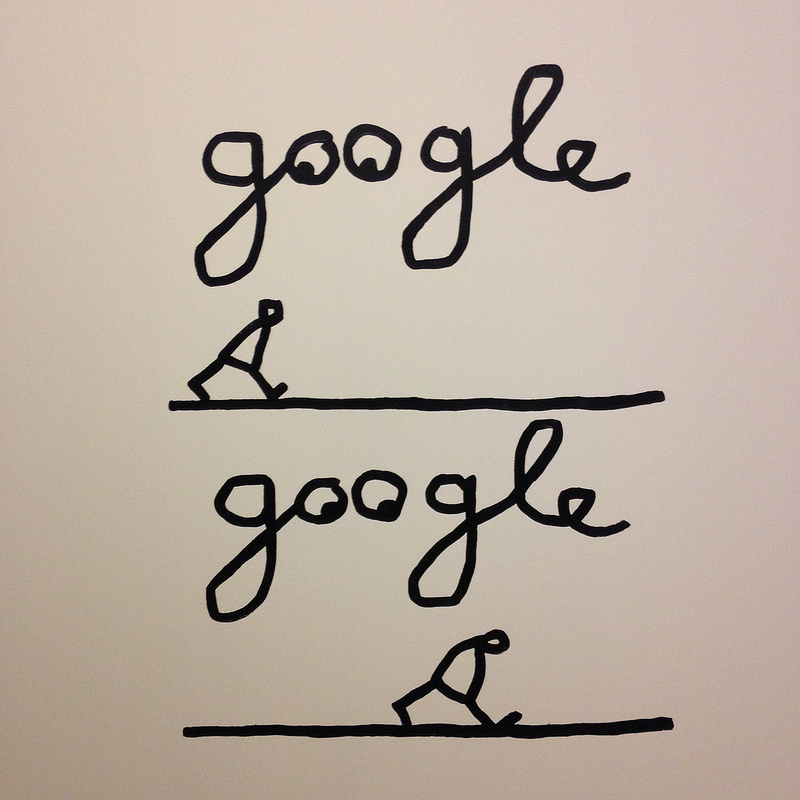 The festival conference, titled GLOBAL CONTROL, investigated these issues from three main perspectives. The first, “hybrid war”, explored the rise of “post-truth” propaganda in media, its consequences on global politics and on individual nations. The second perspective dealt with the scale of surveillance and at its potential “depth” due to the development of immersive technologies. The third concerned “the next big privacy” issue and zoomed in on social media, the safety and future of the data we publish and the need to re-establish some kind of trust on/of social media.

As is often the case with conferences that invite multiple perspectives and speakers with backgrounds as different as architecture, choreography, computing, photography and feminism (to name just a few), the discussions often showed the impact that the main topic under study can have on areas that might seem unrelated: telepathy, feminism, public transport, memory loss, real estate, mattresses that outsmart you, etc.

It’s been a fun and intellectually stimulating conference. I came back with a notebook full of quotes, references to artworks and comments scribbled during the conference. Here’s a short selections of the ones i found most interesting: 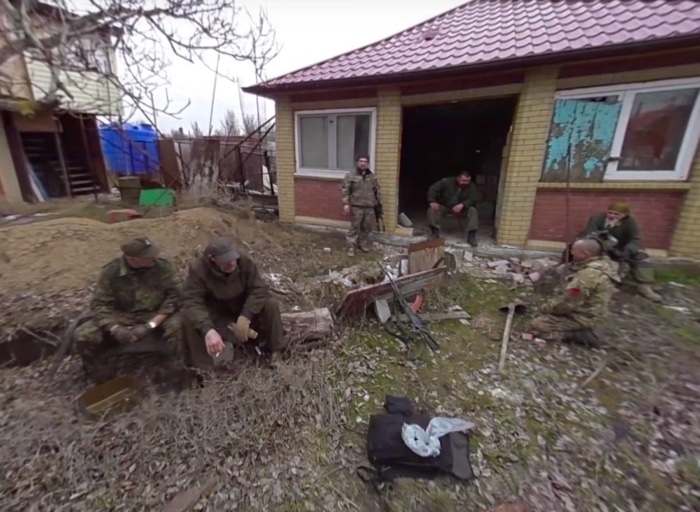 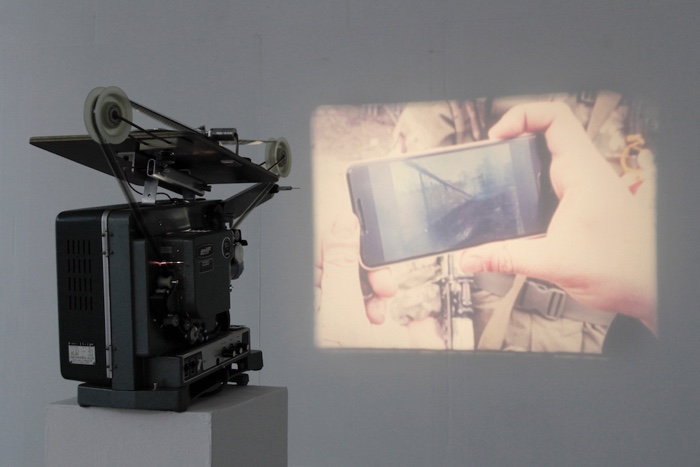 Dani Ploeger presented a body of works that investigates the coexistence of digital consumer culture and firearms in everyday life. fronterlebnis (“front experience”, a literary genre which romanticized the war experience and the camaraderie of being ‘brothers-in-arms’) emerged from two journeys through Ukraine, during which he spent some time with soldiers on the frontline in the war in Donbass, and explored shopping malls, weapon stores, monuments and flea markets.

In 2017, the artist got himself a press card and travelled to the so-called ‘ATO zone’ (Anti-Terrorist Operation zone) to document Ukrainian army and volunteer forces on the frontline.

For Patrol, one of the works in the series, Ploeger recorded a firefight on the frontline in East-Ukraine with his smartphone. In his short film, soldiers are handling technologies from two different centuries. On the one hand, they use kalashnikovs and other mid-20th century firearms. On the other, they use their state-of-the-art digital devices to record and share the documentation of their exploits on the frontline. Ploeger’s video footage was later transferred to 16mm film, a medium that echoes the era of the weapon technologies represented.

His Fronline installation is set in a white space filled with loud war soundscape produced in a movie studio. In the middle of the room, a VR headset shows uneventful video documentation of a frontline position in East-Ukraine where a group of (slightly out of shape) soldiers is sitting down waiting for something to happen, reminding us that the reality of war might be less action-packed and far more frustrating than we might think for wanna be Rambo.

Ploeger’s work points to the complicity between two types of technologies that are the object of much fetishization: communication devices and firearms. It also highlights wider issues around society’s continued masculinised and fetishised relationship to war. 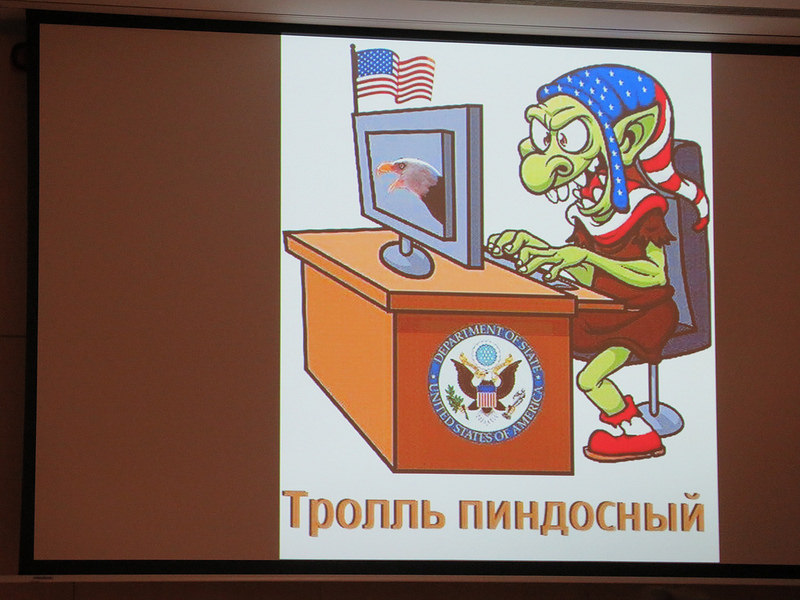 Multicolor Revolutions, the title of the keynote given by Bruce Sterling on the opening night, also evoked war and digital media in Ukraine after the Euromaidan demonstrations. The science-fiction author talked about the extravagant palace that Viktor Yanukovych built in secret in the middle of a forest outside of Kiev, American trolls pictured by Russians, cyberwarfare and much more. One of the most fascinating comments he made was that, from what appeared on forums and other digital media, people who live far away from the place of a conflict tend to be far more excited about the escalation of violence than people living in close proximity of it. Sterling said he was particularly worried about the rich guys who live far away from the scene of war. They might never have touched a weapon but they have enough money to pay an army of people who can rage a very damaging war electronically. However, he concluded, the one thing he’s most concerned about is climate change. Wise words!

As a parenthesis, i was very interested in a comment made after Sterling’s keynote by Rasa Smite who was moderating the evening. She too is concerned about the rich guys, the ones who see themselves as the new Medici and who throw big money and their own idea of ‘good art’ at major art events. Sometimes they do it with taste, sometimes not. What is certain is that the budget of the events they bankroll dwarfs the one of public-funded festivals like RIXC Open Fields festival. 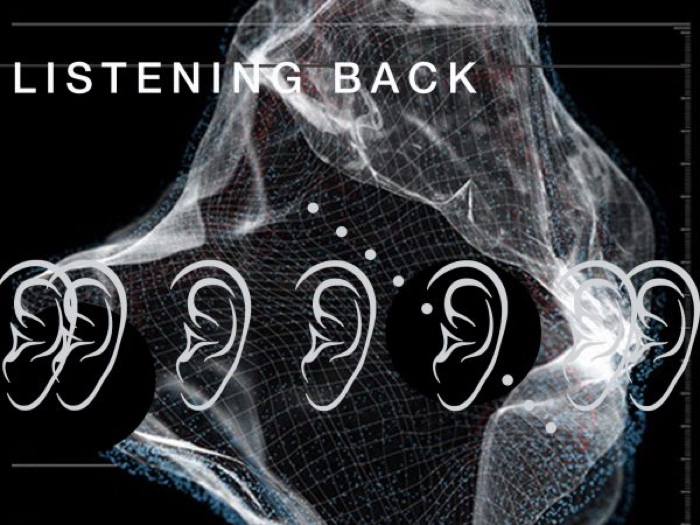 Sound artist Jasmine Guffond contributed to the conference with a performance/presentation of Listening Back, a research-based project that sonifies online data surveillance as one browses online. Focused on tracking cookies, the plug-in for chrome and firefox translates data generated from cookies into (rather unpleasant) sound, providing sonic evidence of otherwise invisible monitoring and data gathering infrastructures.

Dr. Ellen Pearlman is the director of the ThoughtWorks Arts Residency, a program in New Yorks that supports artists exploring new lines of inquiry intersecting technology and society. In her keynote, she introduced us to some of the artists who developed their work with them. I was particularly interested in RIOT by digital filmmaker Karen Palmer.

Inspired by unrest in Ferguson, Missouri, following the police killing of Michael Brown in 2014, RIOT is an emotionally responsive, live-action hybrid of film and game which uses facial recognition and A.I. technology to respond to your emotional state and alter the video story journey in real time. The objective is to get through a dangerous riot alive.

Palmer hopes that a new type of storytelling might shift people’s perspectives on social issues and raise more empathy towards multiple points of views. 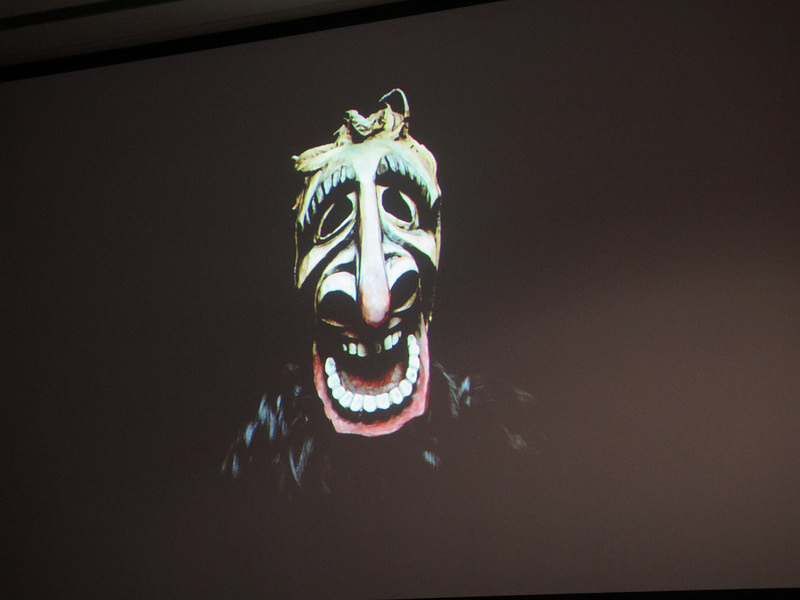 I’ve always had a soft spot for the Krampus so i was delighted to see its cheerful little face appear in The Savage Mind, a project by Daniela Mitterberger and Tiziano Derme, co-Founders and directors at FutureRetrospectiveNarrative.

The Savage Mind uses digital architecture, data capturing technologies and VR to explore the relation between intangible cultural heritage, technology and the production of a speculative architecture. More specifically it focuses on the traditional Klaubauf ritual performed each winter in alpine villages in eastern Tyrol in Austria.

The project looks at how technology can translate the emotional data of a pagan ritual into new realms. It also explores how machines can help us reconsider the world of nature and play a role in the valorization of immaterial cultural heritage

Estonia is notoriously well-ahead of other nations in terms of digitalization of its services. Memopol shows the drawbacks of this governmental policy. Visitors are invited to insert a national ID-card or passport into the Memopol machine which then starts collecting information about the visitor from (inter)national databases and the Internet. The data is then visualized on a large-scale display. In some cases, the amount of data gathered reaches disturbing dimensions: By logging in the government portal, citizen can see information from prescription drugs to high school exams, from tax reports to driving licenses. All recorded for unlimited time. This intrusion into private life doesn’t regard only Estonian citizens but each of us who use social network sites, public transport cards, loyalty shopping cards, etc.

One of the things that surprised me in Kelomees and Koosel’s presentation is that some of the inhabitants of Tallin protested AGAINST the city’s plan of offering free public transport to its citizens. Most people would think protesters were crazy but their discontent only showed that some people are well aware that privacy is the price to pay for free services nowadays.

An interesting paper mentioned during the conference was Heroic versus Collaborative AI for the Arts (PDF of the paper), by Mark d’Inverno and Jon McCormack. The text looks at the nature of the relationship between AI and Art and introduce two opposing concepts: that of “Heroic AI”, to describe the situation where the software takes on the role of the lone creative hero and “Collaborative AI” where the system supports, challenges and provokes the creative activity of humans. We then set out what we believe are the main challenges for AI research in understanding its potential relationship to art and art practice.

I’m going to end with a very disturbing business mentioned by Jens Hauser in his keynote “Ungreening Greenness”:

Not everyone complains about global warming in California. The drought is seen as a great business opportunity for a grass painting company called Green Canary. Its employees will be happy to come and paint your lawn whenever the grass is too pale. You can let that grass die and pretend that you’re rich enough not to be bothered by climate change.

The RIXC Open Fields conference, organized by RIXC the center for new media culture, is over but if you’re in Riga, don’t miss the accompanying exhibition: Global Control and Censorship. It’s at the National Libary of Latvia until 21 October 2018.