According to Greenpeace East Asia, more than 17 million pieces of waste plastic are flushed into the sea via Hong Kong’s Shing Mun River every year. 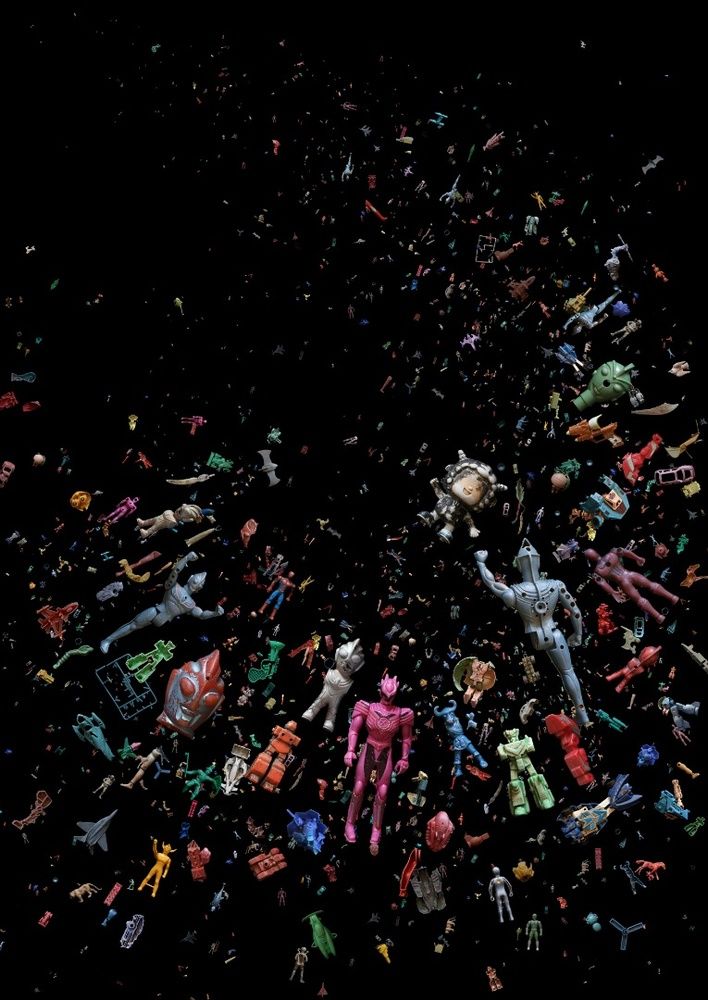 Mandy Barker, Hong Kong Soup:1826. Transform. Recovered Transformers action figures reflect the inadequate disposal of children’s plastic toys. This group sends the message to transform the habits and behaviour of the younger generation in Hong Kong, with the emphasis being to take action. Part of a collection recovered from various beaches over 3 years

Mandy Barker, a photographer who keeps on reinventing the artistic language to raise awareness around the plastic catastrophe, has been collecting plastic detritus from over 30 beaches in Hong Kong between 2012 and 2015.

The type of waste she selected echo not only the type of products that found their way into local water streams, they also closely relate to the traditions and culture of Hong Kong: manufactured toys, food wrappers, fake flowers and even hazardous medical objects, agricultural and fishing related debris.

Barker then worked in her studio to compose striking photographs that play with the tension between an immediate aesthetic attraction and the emotional, nauseating response to water pollution.

The series is called Hong Kong Soup:1826 because over 1,826 metric tons of municipal plastic waste goes into landfills every day in Hong Kong. The precise number reflects the artist’s ambition to be scientifically accurate. “It is essential to the integrity of my work that I don’t distort information for the sake of making an interesting image and that I return the trust shown to me by the scientists who have supported my work,” she told Lensculture. “Although aesthetics are important, it has more to do with representing the facts of how we are affecting our planet and changing its environments irreparably.” 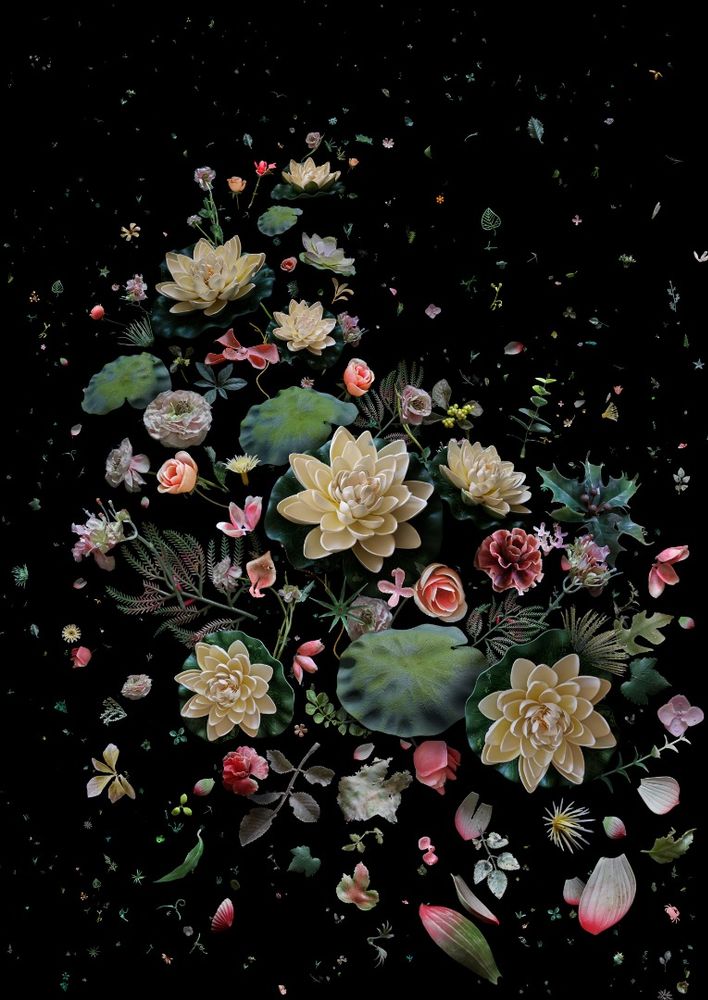 Mandy Barker, Hong Kong Soup:1826. Lotus Garden. A collection of different species of discarded artificial flowers that would not exist at the same flowering time in nature and should not be found in the ocean. The lotus flower reflects early connotation of beauty in China 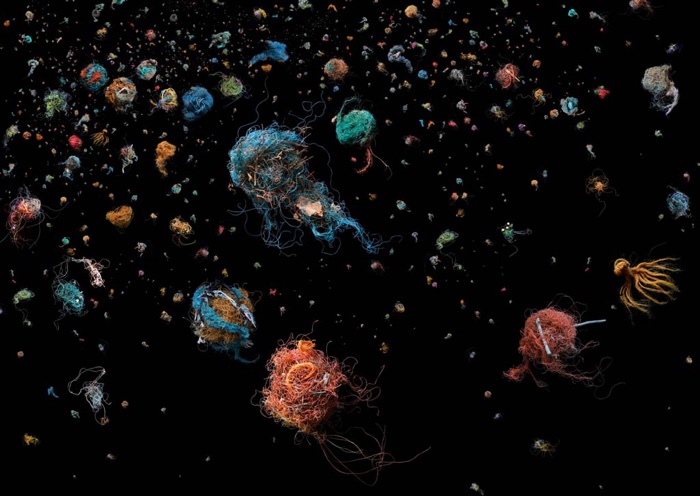 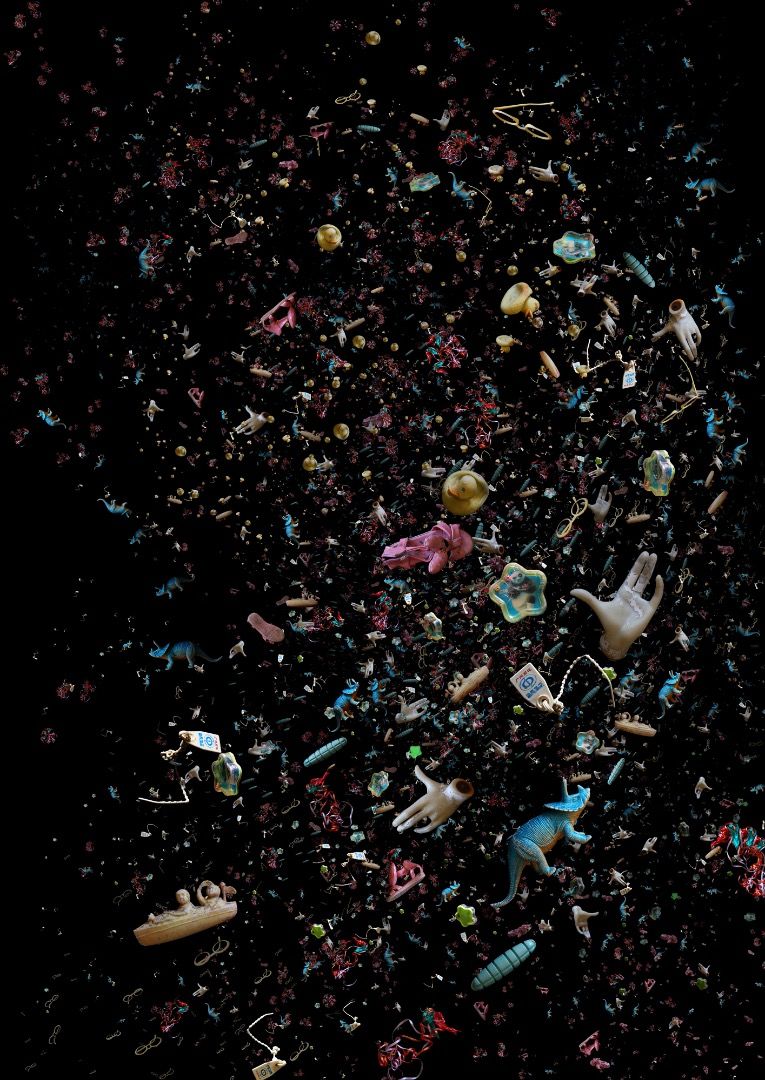 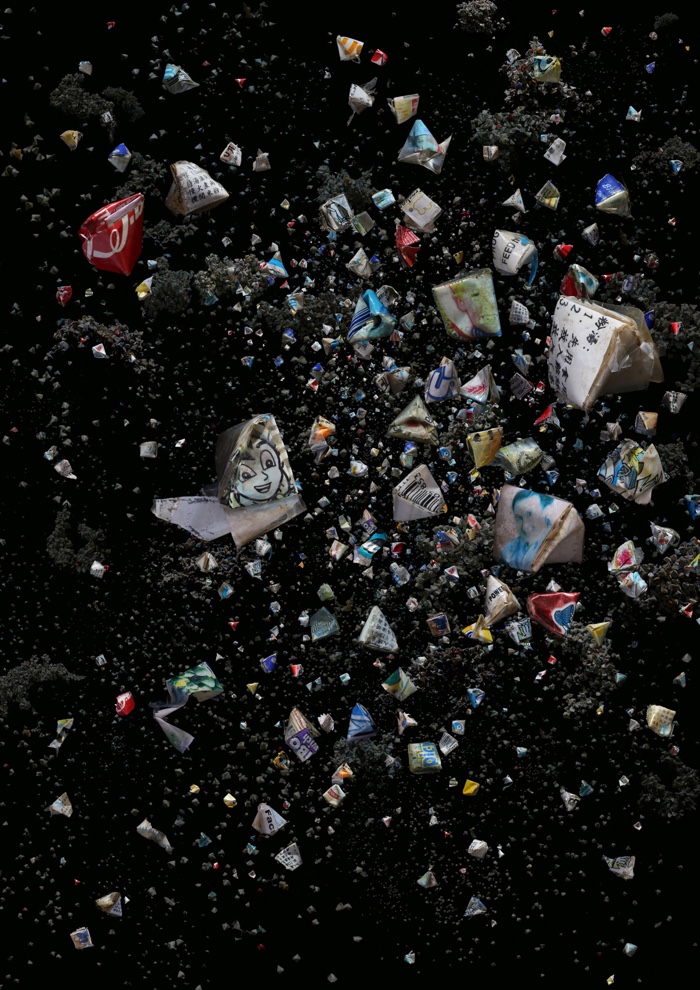 Mandy Barker: Hong Kong Soup is at the Centre for Chinese Contemporary Art in Manchester until 20 January 2018.