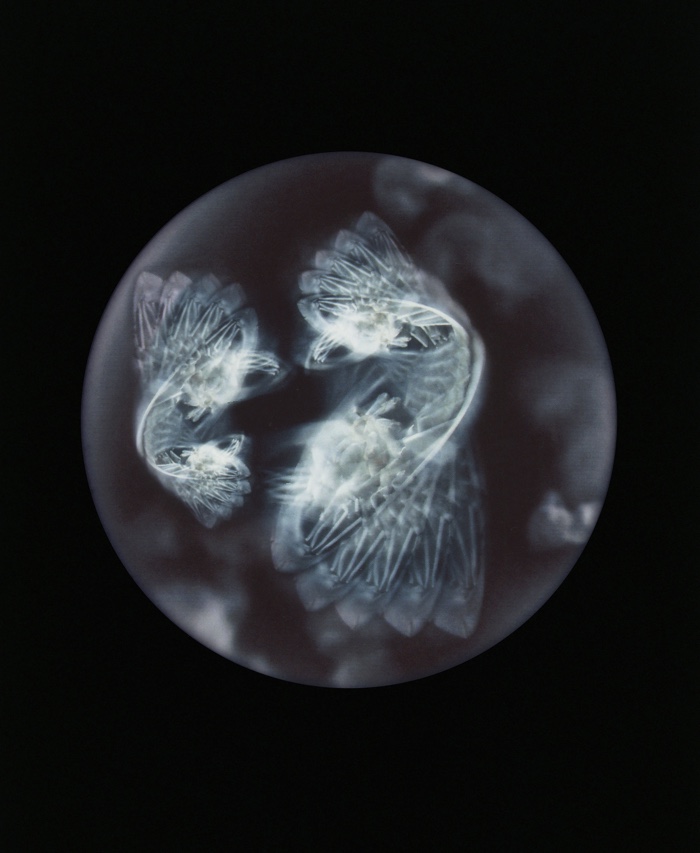 In 1816, John Vaughan Thompson was posted to Cork in Ireland as an army Surgeon. He was not only a physician but also a marine biologist. His interest in sea life led him to be a pioneer planktonologist, the first who systematically used a plankton net back at a time when plankton didn’t even have a name.

Inspired by Thompson’s research into small sea creatures, artist Mandy Barker spent several months exploring the shores of Cork to collect and document the aquatic specimens she encountered there. The samples she found on the beaches, however, are not living microorganisms, they are plastic detritus. A pram wheel, an electric plug, broken parts of children toys, a shoe sole, a mobile phone casing, plastic bottle parts, etc. 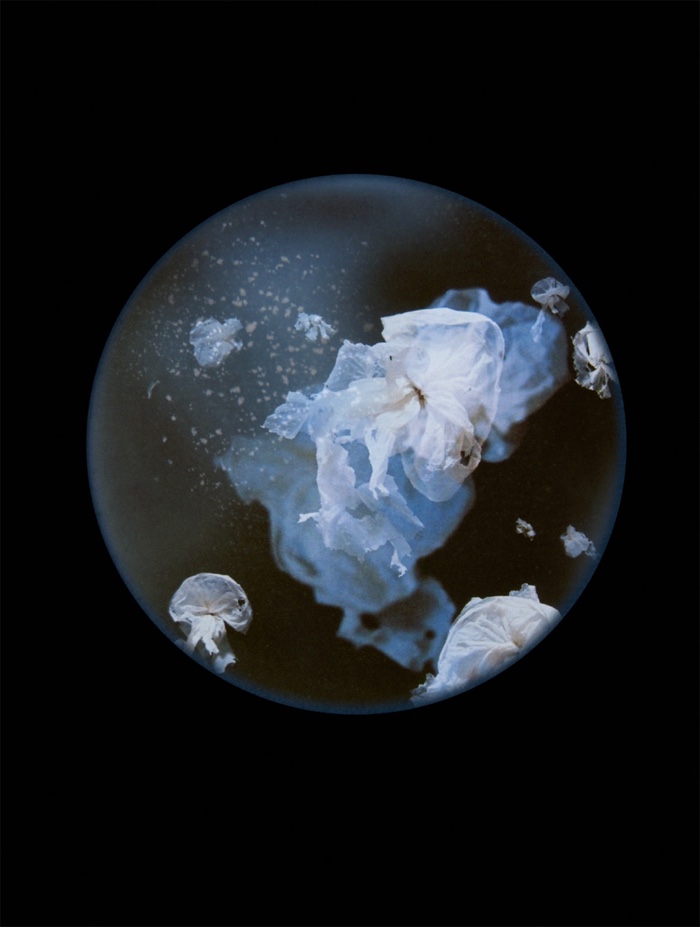 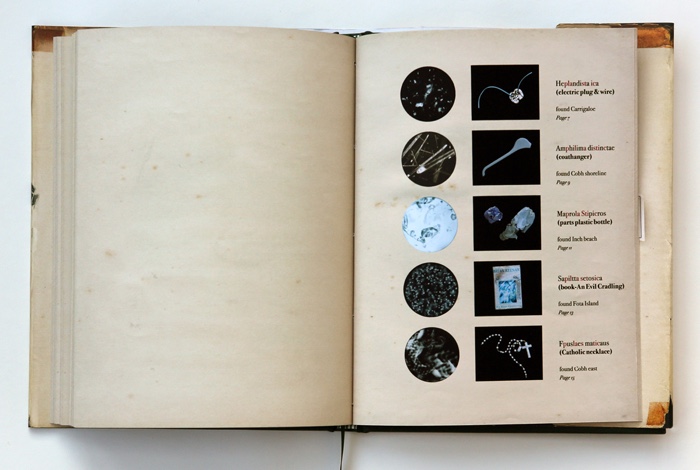 Using defective photographic material and a bit of digital manipulation, Barker shot the plastic bits of trash to make them look like plankton in water. “Movements recorded during several seconds of exposure result in the blurred images that represent plankton drifting in water,” she explains. “Film grain is intentionally visible, alluding to microplastic particles being ingested. They were captured on expired film with faulty cameras to highlight the imperfection of both technique and subject matter.”

The images look like microscope slides one can find in the archives of a natural history museum. To complete the effect, the artist gave each ‘specimen’ a pseudo-Linnaean name. 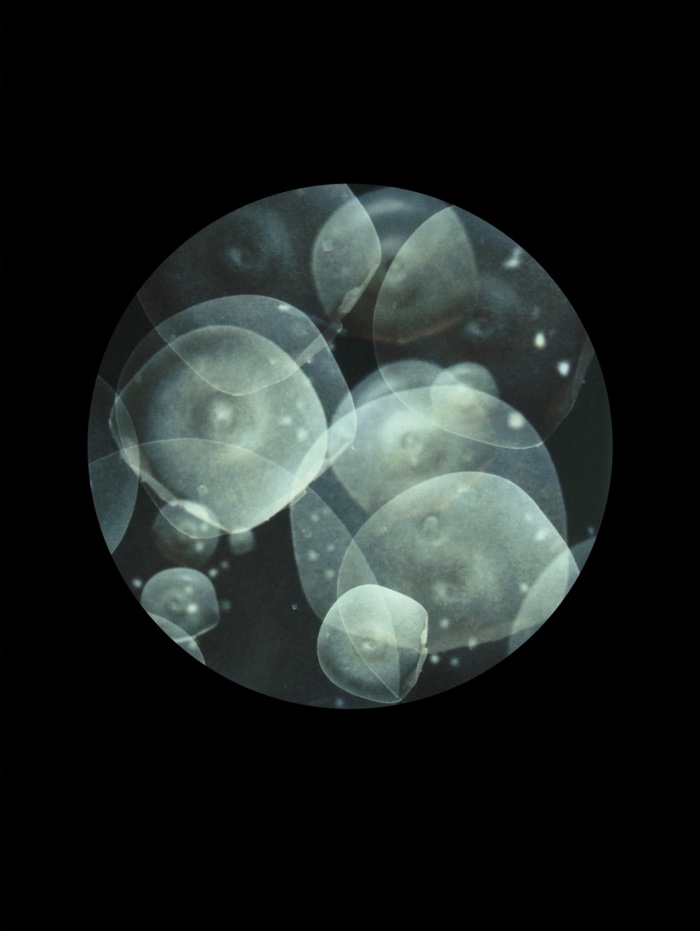 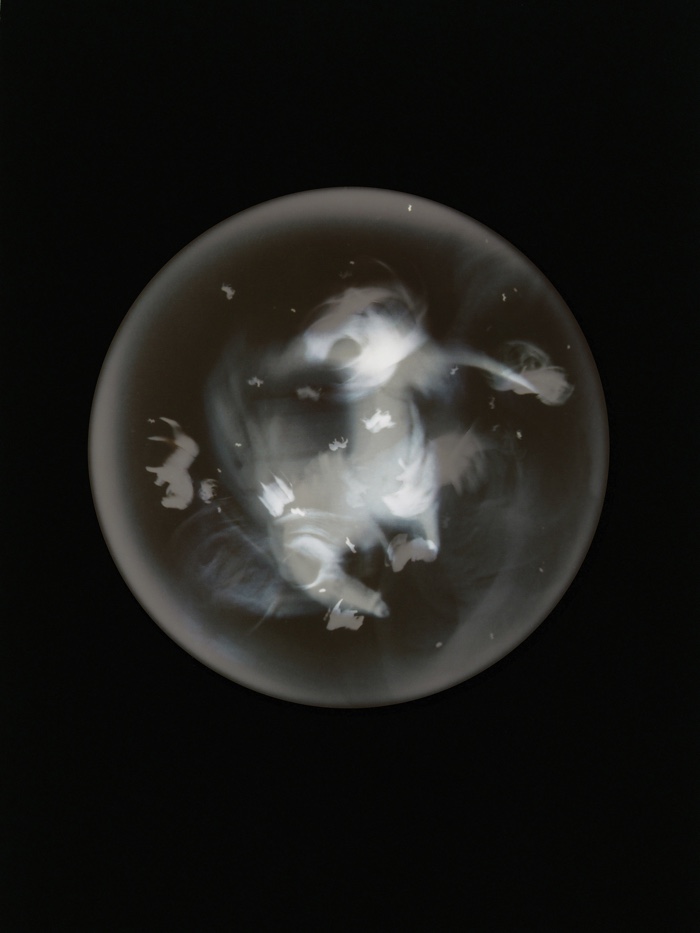 The photo series evokes the degradation and contamination of plastic particles in the marine environment. Microplastics in the seas now outnumber stars in our galaxy. They can be found everywhere: in Antarctic snow, in the most remote oceanic spot, in plastiglomerates (a new type of rock made of plastic, volcanic rock, beach sand, seashells, debris and other hard materials held together by plastic) and in plankton.

Plastic can decompose in particles so tiny that plankton ingest them. After that, plastic particles keep on traveling up the food chain until they reach our digestive systems too. Plastic is so ubiquitous it has become an integral part of nature. One day, it might even consume us. 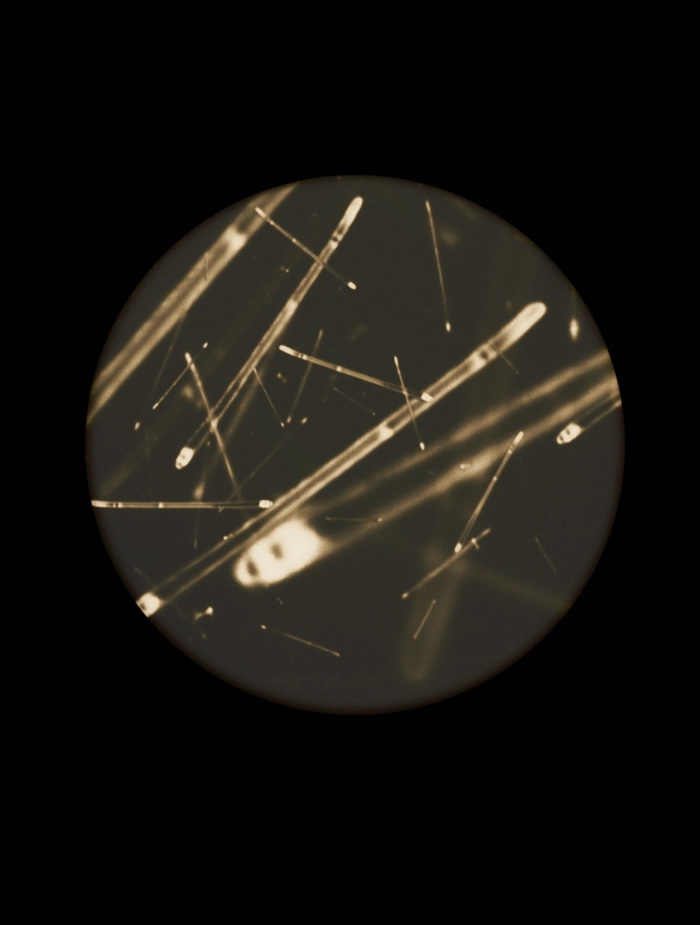 I discovered the photo series at the Prix Pictet Space exhibition currently open at CAMERA – Centro Italiano per la Fotografia in Turin. The Prix Pictet is an international photography award focusing on the theme of sustainability. This year, ‘sustainability’ is explored through the lens of ‘space’ understood in its broadest, most far-reaching sense. The concept of space was applied to so many subjects (urban overcrowding, migrations, territorial disputes, trash, etc.) that, to me, it lost much of its sense and purpose.

More photos from this edition of Prix Pictet: 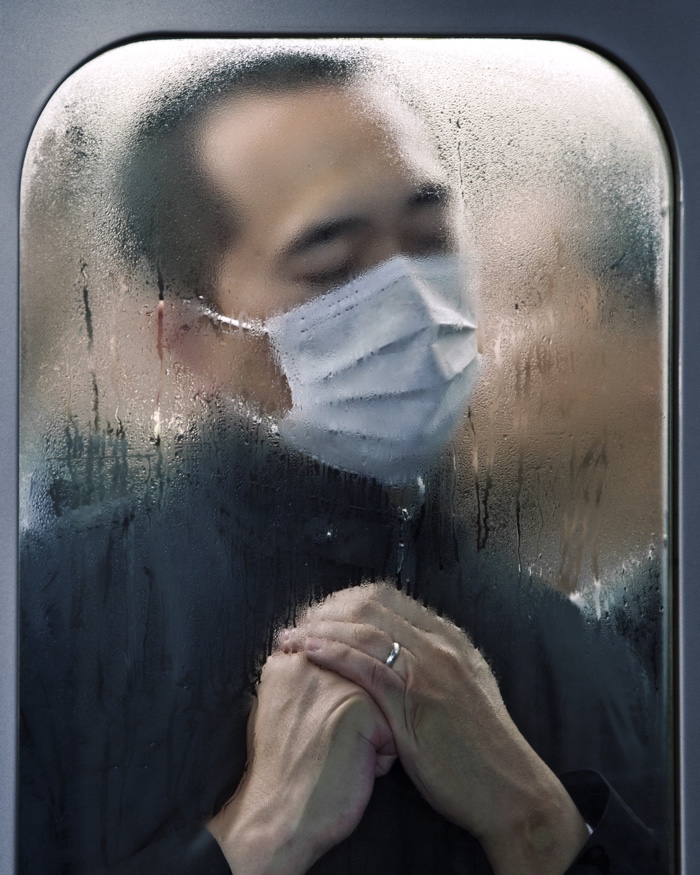 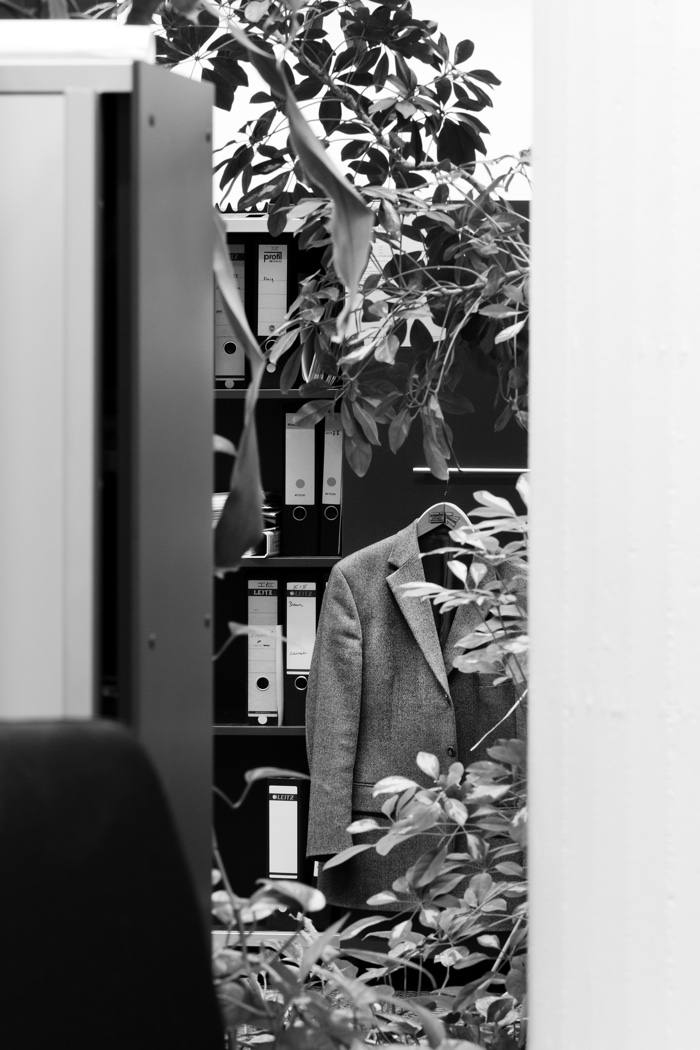 I loved the humorous spin that Saskia Groneberg put on humble “the German office fauna.” Her photos show plants growing and taking control over the office architecture. 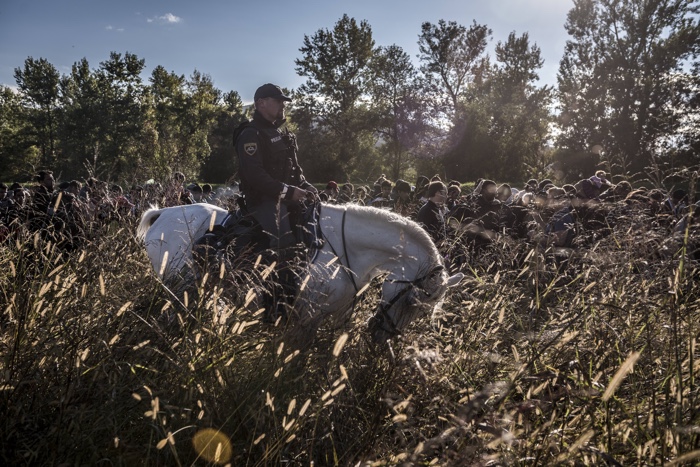 Richard Mosse won the Prix Pictet 2017 prize with his heat-map shots of refugees. He used a hi-tech surveillance camera designed to detect body heat from a distance of over 30km to track the movements of migrants from the Middle East and north Africa.

Pavel Wolberg, Protestor running from tear gas during riots in the Palestinian village of Nilin in the West Bank, 2010. Series: Barricades, 2009–14 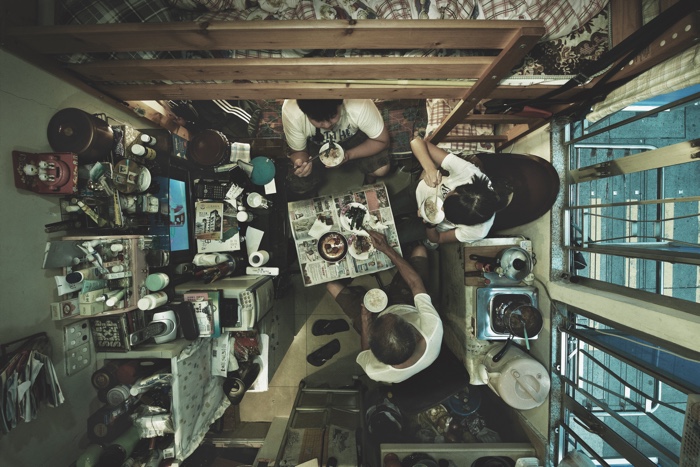 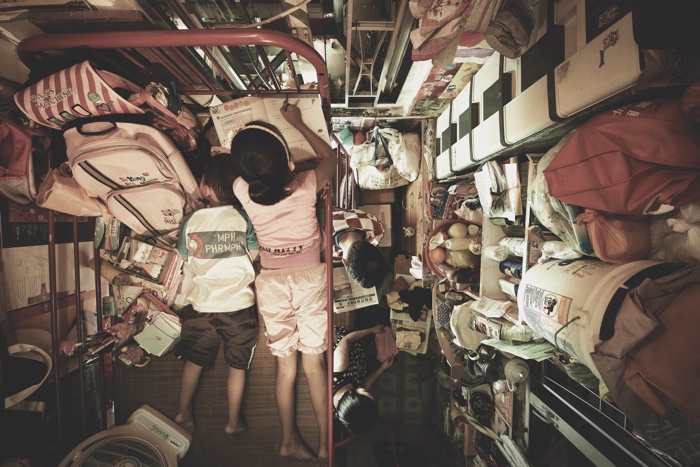 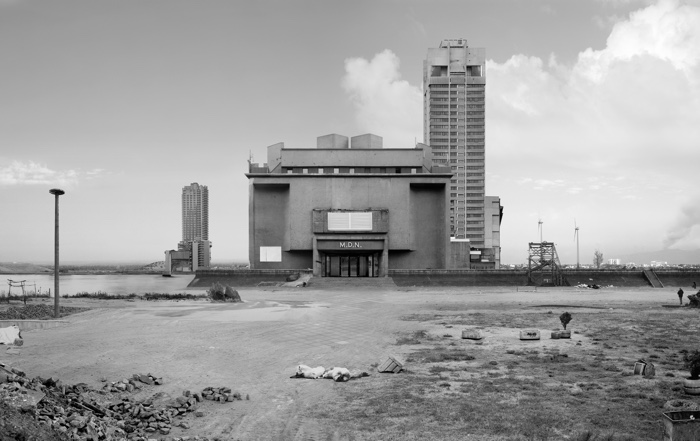 Prix Pictet Space is open until 26 August 2018 at CAMERA in Turin.