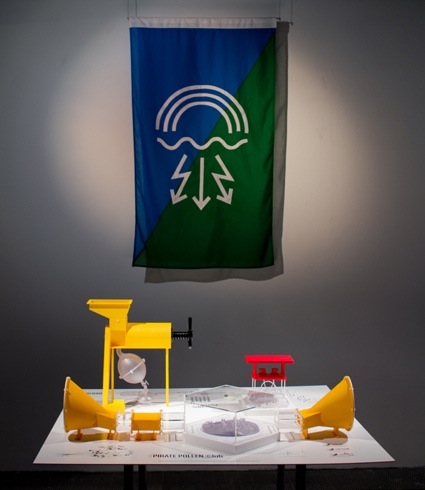 The Weather Underground -also called the Weathermen- were a 1970s American radical left organization characterized by positions that included the opposition to the Vietnam War, the achievement of a classless world, a marked sympathy for the radical Black Panthers, etc. Their strategies included active recruitment in schools and violent militancy.

The Weather Underground inspired The New Weathermen, a fictional group of activists at the center of David Benque‘s investigation into the interrelationship between ideology and science. The New Weathermen are equally dissatisfied with the state of the world but the focus of their demands is climate crises rather than capitalism and racial privileges. Their weapon is not the bomb but Synthetic Biology. 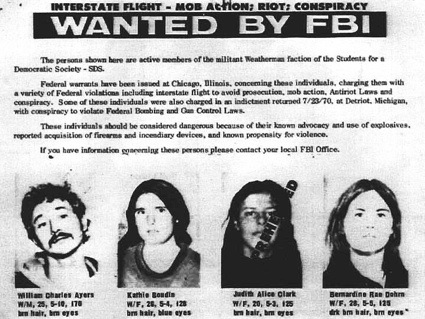 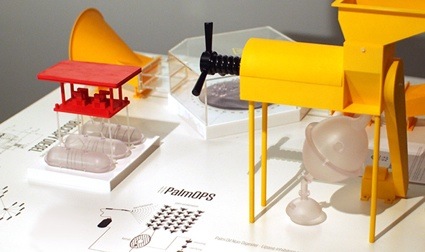 Their ideas to achieve radical environmental change are neither the ones of the Bio-Conservatives who argue for a curbing of consumption, a return to an unadulterated Nature and are suspicious of new technologies. Nor are they the ideas of the Techno-Progressives who enthusiastically embrace progress, and see technological and scientific developments as the solution to modern problems.

Instead, The New Weathermen are looking into possible alternatives for the relationship between environmentalism and science. Among these are the DIYBIO or Biopunk movements and the campaign for open access to science, as well as efficient, headless and cell-based networks of activists such as Anonymous.

Challenging the borders between activism and crime, The New Weathermen’s actions aim to disrupt the status quo and propagate an ambitious vision for the greater good. Deliberately radical and ambiguous, they provide a starting point for discussion about our existing beliefs and ideologies.

The whole ethos of the New Weathermen is based on the idea of the symbiosis (see the PDF of their manifesto):
– Parasitic behaviour will not be tolerated. Their actions target people, corporations and practices that use and abuse of nature for their sole benefit without ever giving anything in return (e.g. chopping down forests.)
– There is no untouched Nature to go back to. Only forward.
– Abort the precautionary principle. Because we can never be sure that anything is going to be 100% safe.
– Abolish intellectual property on plants and genes by biotech corporations (such as the world’s most evil one.)
– Conserve all species and genomes. Create as many new ones as possible.

The New Weathermen’s ambitions are represented in their testing rigs and small scale experiments that reflect much more radical ambitions and are designed to make people aware of the group’s larger mission. Their plans are slightly delusional (some are very seducing though.) Here are 3 of them: 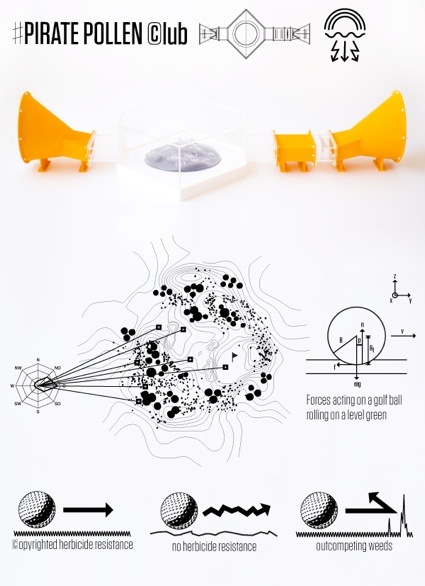 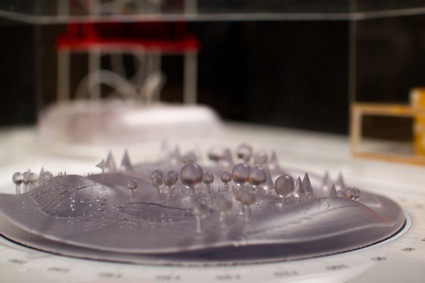 The first one is The Pirate Pollen Club which targets the perfectly manicured lawn of the suburbs and golf courses. The New Weathermen would use Open Source GMO weed able to remove the gene responsible for the grass resistance to herbicide and ultimately outcompete it.

The action makes use of TALENs Transcription activator-like effector nuclease which uses enzymes for genome editing in situ, cutting DNA strands at a specific sequence when they are introduced into cells.

The scheme reminded me of Heath Bunting’s SuperWeed Kit, a DIY kit capable of producing a genetically mutant superweed, designed to be resistant to current herbicides and thus threaten corporate GMO monoculture. 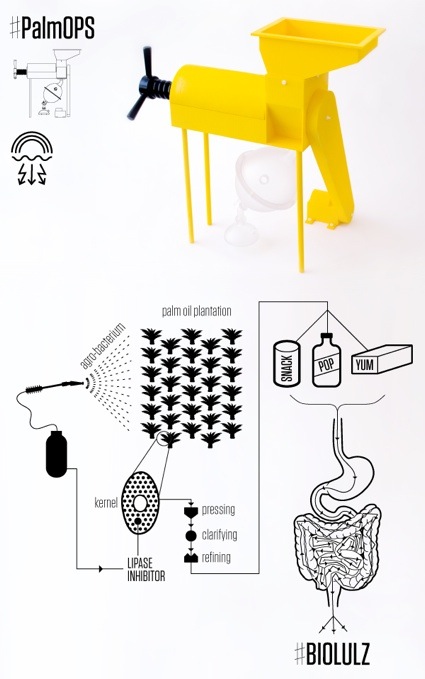 And now for my favourite plan: PalmOPS, an oil press that zeroes in on the increasing use of palm oil in the food and biofuel industries. Although the rush to palm oil is motivated by the necessity to reduce greenhouse gas emissions, the irony -as Greenpeace writes– is that the effort could make things worse because the growth of the palm industry is often accompanied by deforestation, displacement (without compensation nor consultation) of indigenous people occupying the land, loss of natural habitats for endangered species such as the orangutan and Sumatran tiger, increased greenhouse gas emissions, etc.

The New Weathermen’s oil press inserts a lypase inhibitor in the kernel of the palm fruit that will make it impossible for you body to digest the oil.

PalmOPS is inspired by the inky caps, common mushrooms that are edible but become poisonous when consumed with alcohol. Inky caps contain coprine, a chemical which blocks the action of the enzyme that breaks down acetaldehyde in the body, leading to violent hangover symptoms. Coprine was studied by scientists who wanted to use it to make alcoholics averse to drinking. 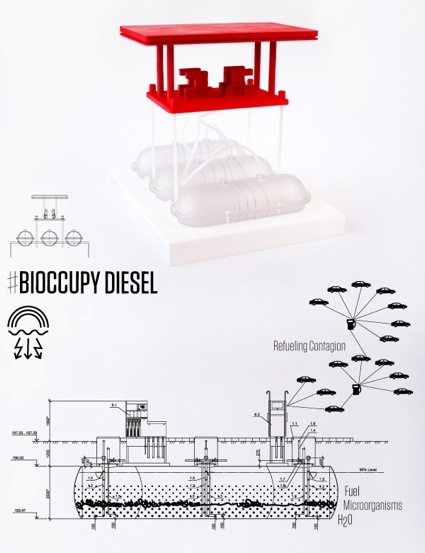 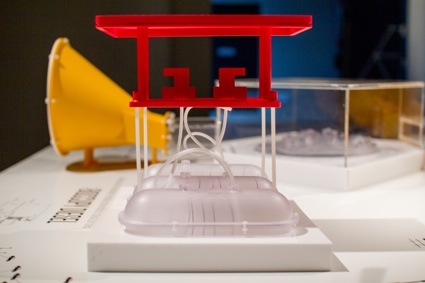 Finally, Bioccupy Diesel, attempts to sabotage fossil fuel. The project was inspired by an existing bacteria responsible for the diesel bug that creates a biofilm that separates oil from water and and creates waste. Over time, the (existing) bug is responsible for a sediment which forms in the tank. These build-ups will not pass through the filters of the car and can eventually damage the vehicle.

New Weathermen would optimize the bacteria using synthetic biology. The modified bacteria would then contaminate car after car through petrol stations. To be effective, the infection would have to start with just one petrol station. All the cars refueling there would become infected. 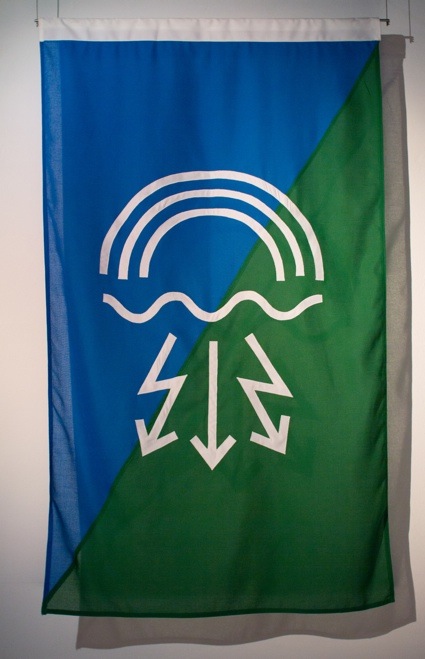 The New Weathermen was developed within Blueprints for the Unknown, a series of projects and activities that uses design to explore the implications of Synthetic Biology for society.

The New Weathermen is exhibited until 1 August 2014 at Ars Electronica in Linz as part of the Project Genesis exhibition.