Hundreds of ski resorts across the Alps are now either abandoned or looking with concern at the effects of climate change on their touristic attractiveness: shorter snow season, unreliable snowfalls, retreating glaciers. The Alps are warming faster than the global average. The 1.4C rise in the average global temperature since the end of the 19th century has translated into a 2C rise in the Alps.

No snow, no problem! A fairly affordable solution to dwindling snowfalls is snow farming: snow is gathered or made in January and February (when manufacturing snow costs less) and then placed under tarps or under a 40cm layer of wood chippings which will keep the snow cool during the summer months. The covering is removed at the end of October and snow is distributed on the slopes in time for the skiing season.

Many ski resorts, however, are now using cannons that shoot artificial snow onto the slopes. The technology is fast and potent but it does come at a major financial and ecological cost. Although snow machines are becoming increasingly efficient, a typical snowmaker still uses a lot of water and about the same amount of energy as a boiler in a family home. Snowmakers are thus aggravating the climate problems they’re supposed to solve. 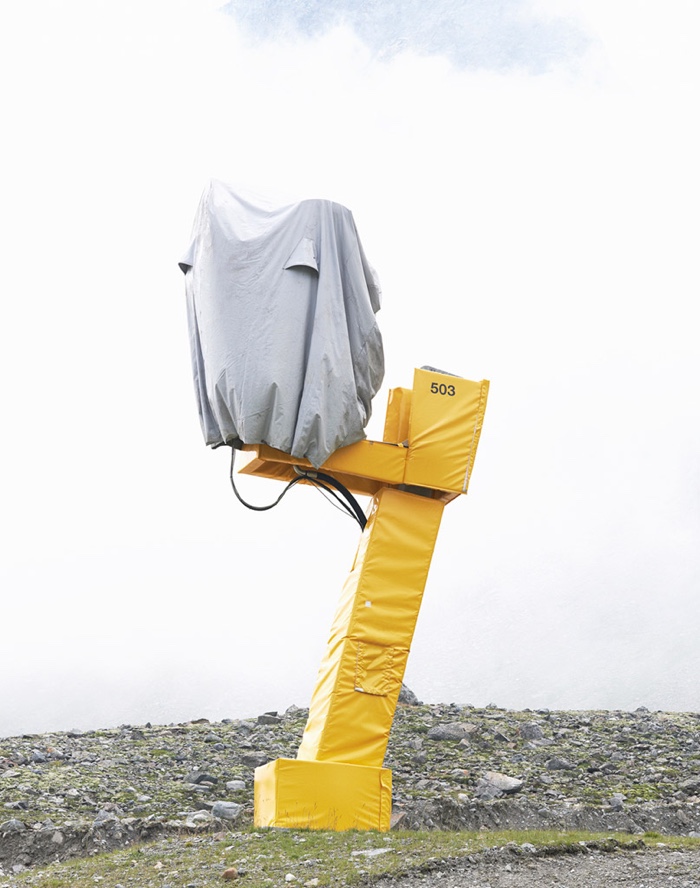 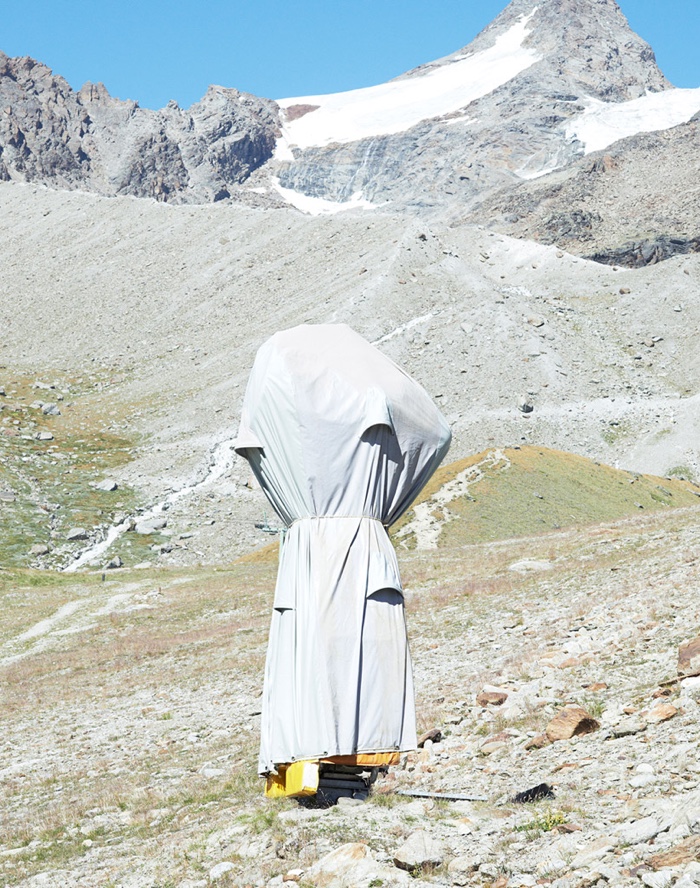 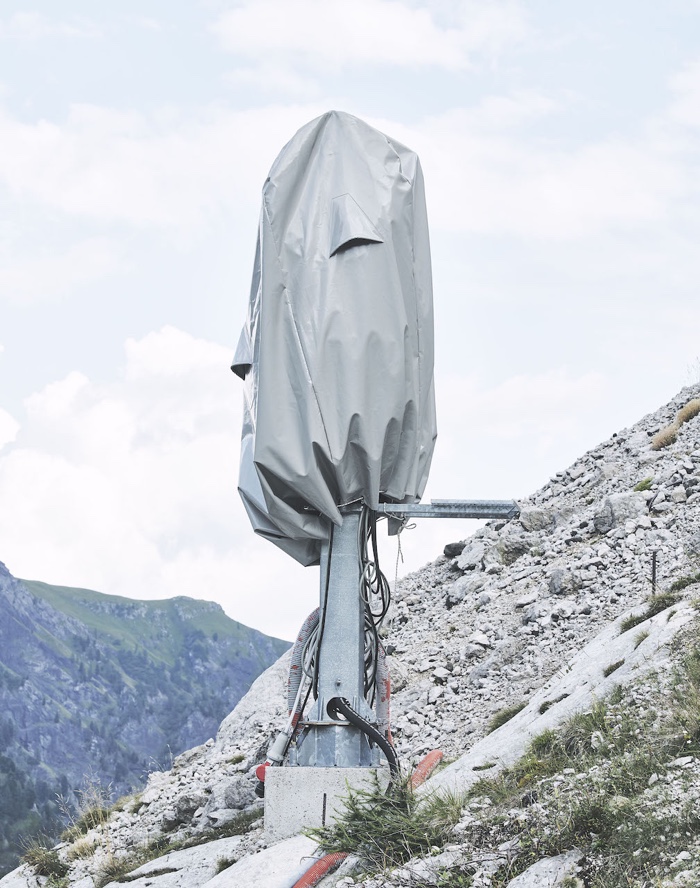 Portraits of snow cannons at rest during the Summer and, more generally, the way technology, tourism and our thirst for “pristine scenery” transform alpine landscapes are some of the themes explored in Walter Niedermayr. Transformations, a solo exhibition by Walter Niedermayr at CAMERA in Turin. 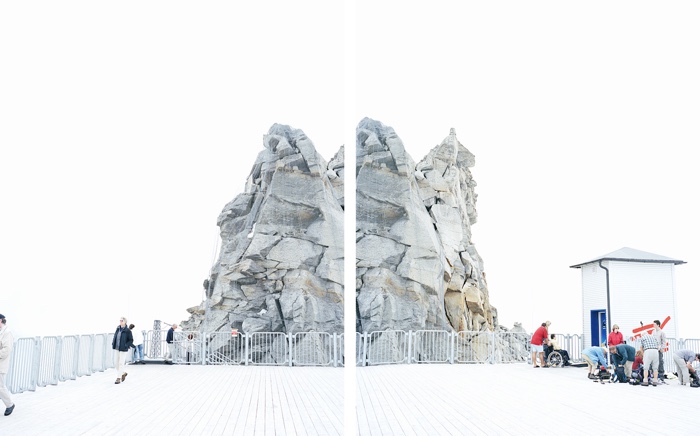 For artists and thinkers of the Romantic era, mountains were sublime and a bit frightening. They awakened strong emotions: they made you feel vulnerable and insignificant. These emotions are not enough anymore. Today, the mission of mountains is to be tourists-magnets.

The mountains of Niedermayr’s photos remain majestic in spite of the commodification and globalisation they have been subjected to. What is overwhelming is not the mountains anymore, it’s the way we are covering them with infrastructures and pastimes that interfere with ecosystems. Tourists, searching for both authenticity and images seen in travel magazines, flock to modern resorts. The day-trippers, families of skiers, mountain bikers pictured in the photos reveal the increasingly strained balance between human activities and grandiose landscapes transformed to be “enjoyable”. 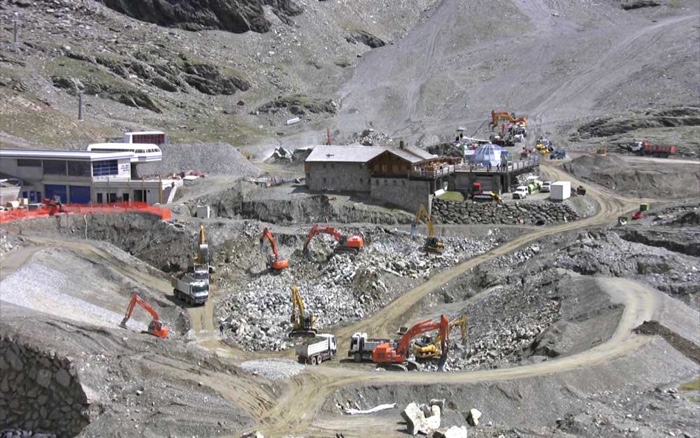 A series of videos in the exhibition goes even further by showing the alpine landscape as “sports equipment”. In The Replicants, flood of skiers in groups of 250 descend the slope during “The White Rush” race on the Arlberg Massif in Austria. In Downhill Dôme des Petites Rousses, a seemingly never-ending string of cyclists goes down the landscape at high speed.

The recreational and tourist industry is constantly producing new sports models and trends which show a kind of detachment from the landscape context. Events that take place in a landscape that is in itself fragile due to its topographical configuration, such as glaciers, are only related to the place through the type of sporting activity practicised there, otherwise, this activity would be interchangeable, unrelated to the place. What the videos of these landscape events on various glaciers have in common is that they manipulate the landscape without taking any notice of it. It is used as an ad hoc surface, adapted to the respective type of sport. The two realities appear to have no relation to each other and the topographical conditions are interchangeable. Participants and spectators adopt a distant attitude towards the landscape: while the attention of the former focuses on their sporting equipment, that of the spectators concentrates on the spectacle.
– Walter Niedermayr – 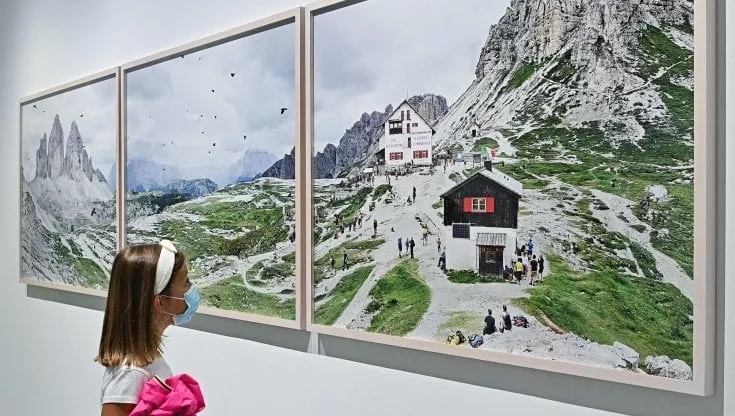 Niedermayr registers the costs of the tourism industry without cynicism. His large-size composite landscapes refuse to form a seamless, smooth panorama. What makes them so compelling is that they don’t need melodrama and hyperbole to efficiently convey a sense of environmental urgency.

3 photos i took while visiting the show: 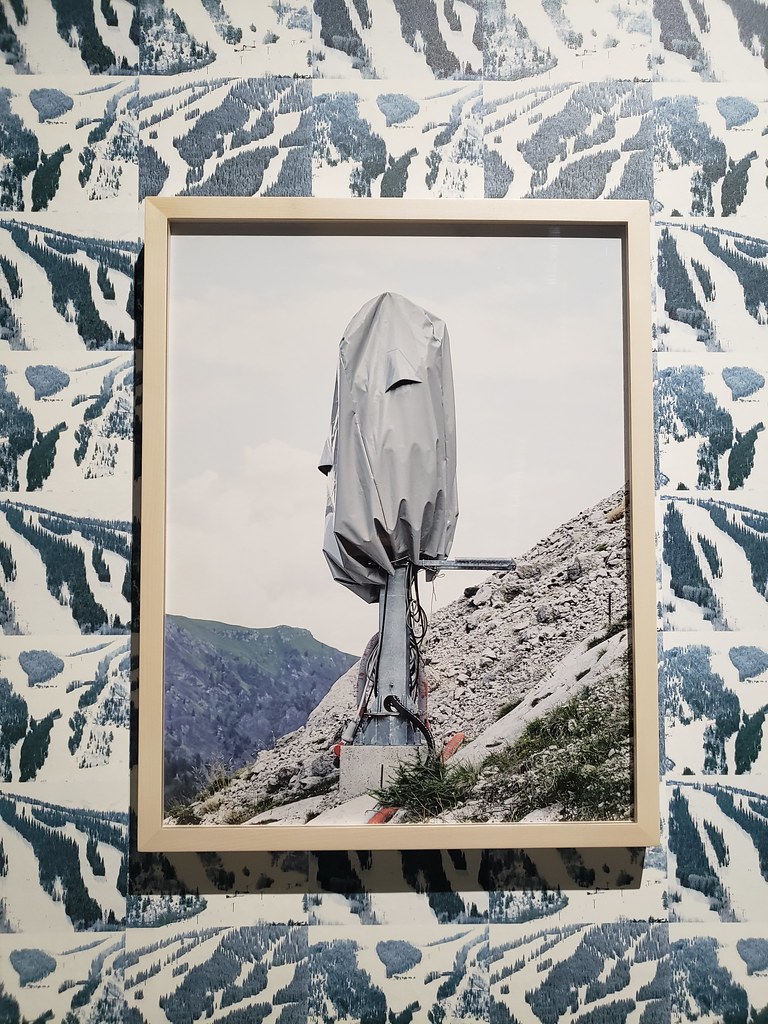 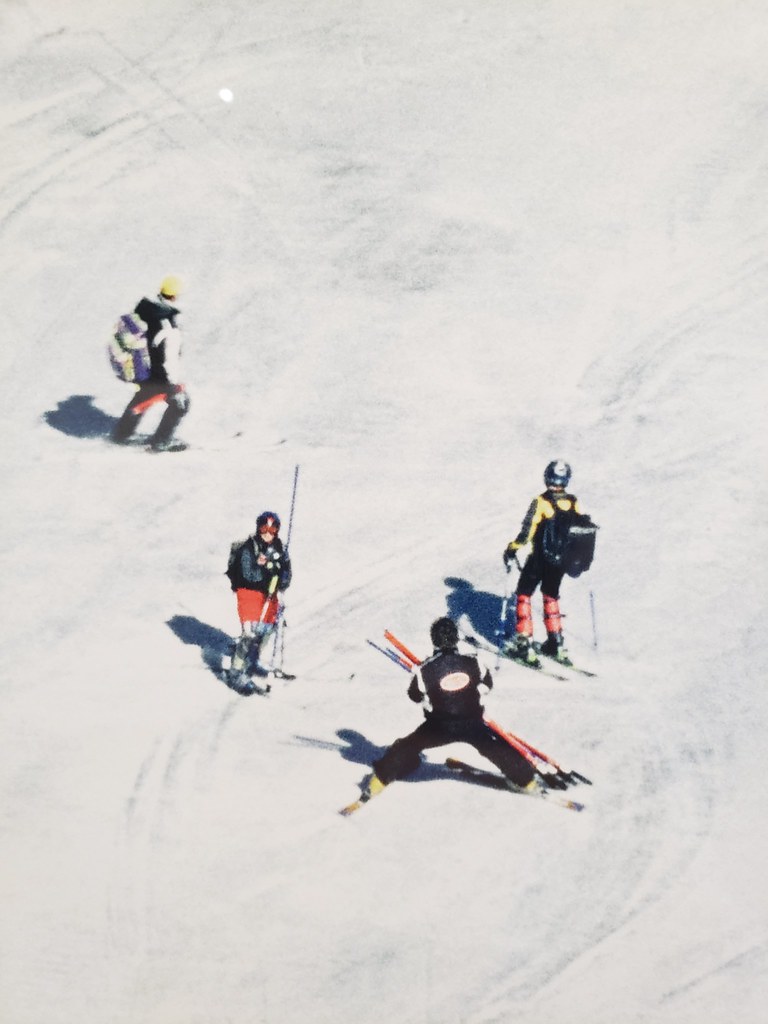 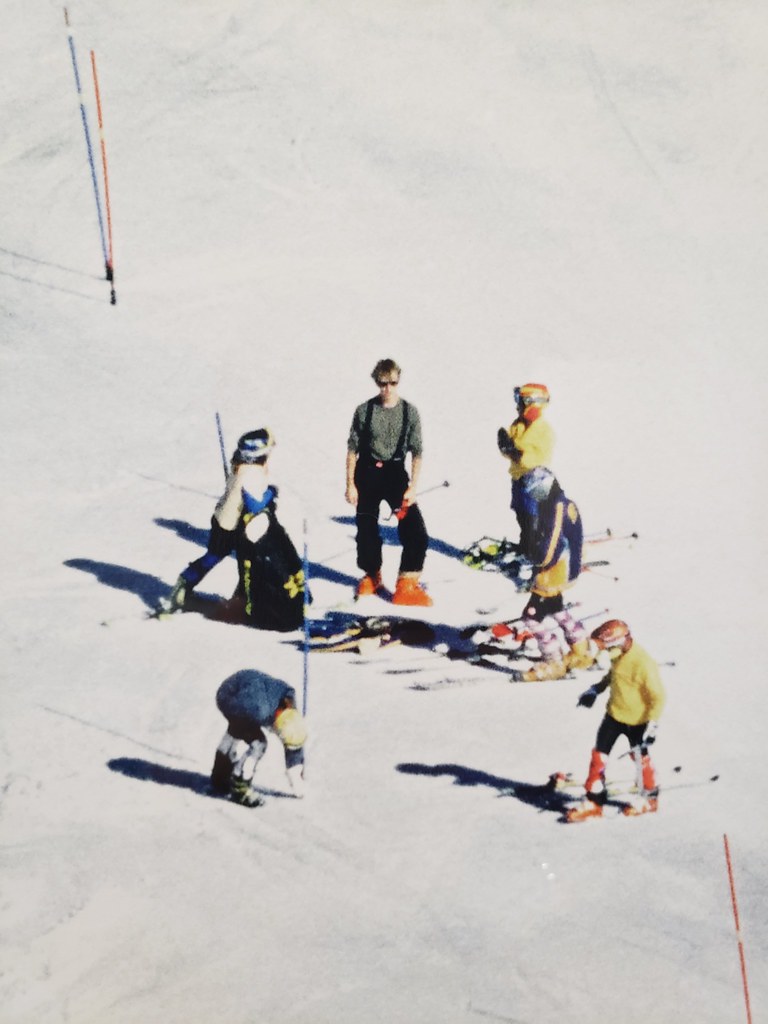 Walter Niedermayr. Transformations was curated by Walter Guadagnini, with the collaboration of Claudio Composti and Giangavino Pazzola. The exhibition remains open at CAMERA in Turin until 17 October 2021