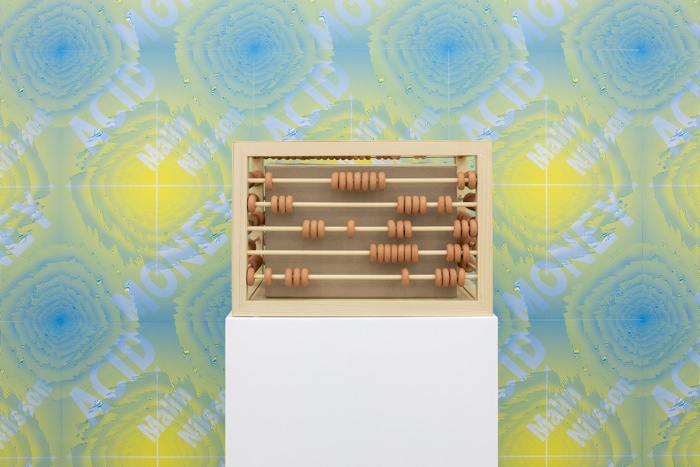 Goldin+Senneby use strategies and tools inspired by the financial sector to dissect the late-capitalist system, interrogate its mythologies and expose its connections with areas as diverse as virtual identities, precarious labour in the art sector or even alchemy. Goldin+Senneby is “a framework for collaboration”, its projects often use the skills and knowledge of experts in the fields they are investigating. These collaborators might be computer engineers, magicians, economists, anthropologists or playwrights.

The NOME gallery in Berlin has recently opened a solo show of the artists duo. Titled Secrets of Trade, the exhibition presents key works from Goldin+Senneby’s recent interrogations of financial trading, the art market, and artificial intelligence.

Here’s a quick overview of some of the works in the show: 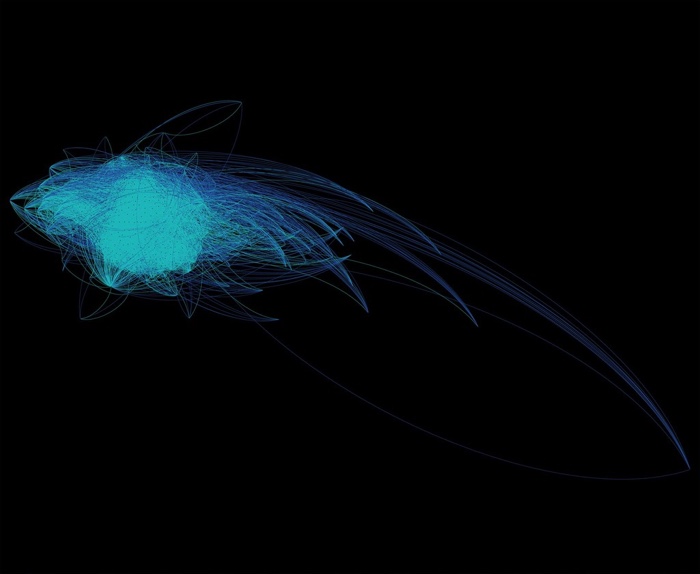 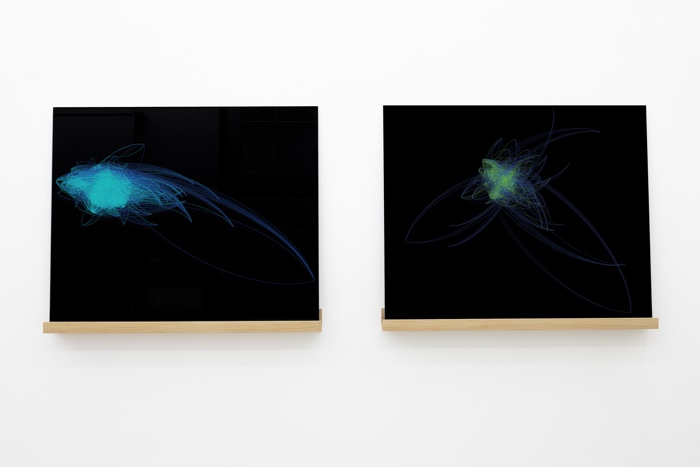 Correlation maps generated by algorithms trained on art market data (Force Directed Predictions). The maps visualize art price fluctuations as they relate to macro political and economic factors such as employment rates and literacy. One shows only positive correlations and the other only negative correlations. 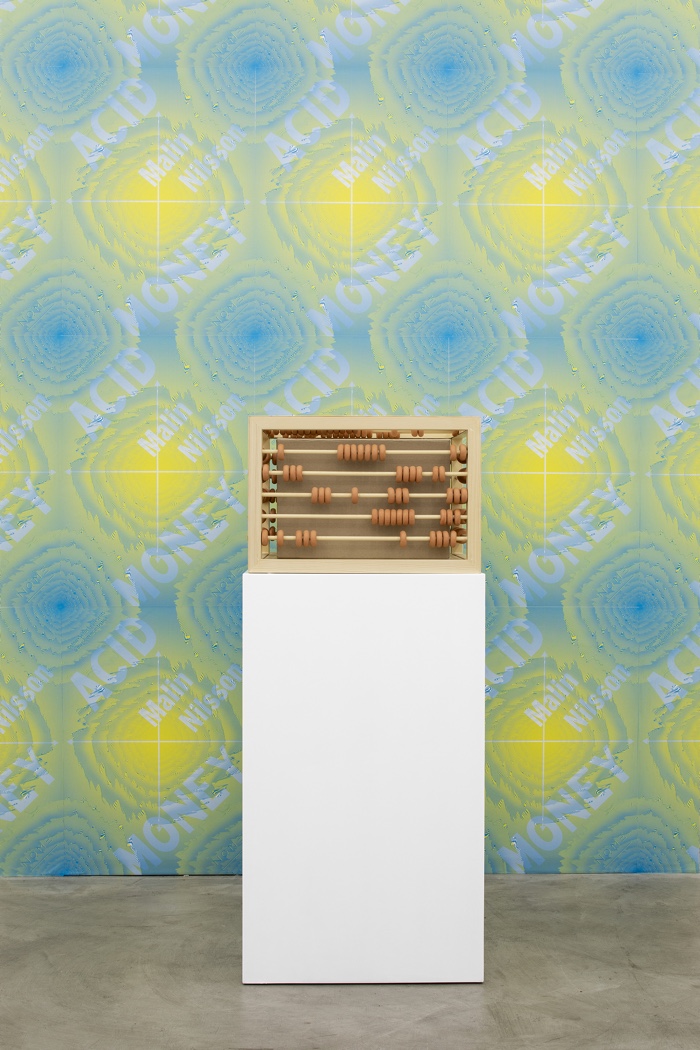 For Zero Magic, the artist duo infiltrated a secretive hedge fund in the US, reverse engineered its methods and recreated its short selling practices. This practice consists in selling shares that one does not own to buy it back once it has fallen in price, netting a profit in the process. Which sounds pretty baffling for someone like me. Indeed there’s something akin to magic here. It’s about ‘adjusting’ people’s perception of reality, making them see things that do not exist. It doesn’t take place on a stage though but in the more secretive context of the financial markets.

In collaboration with the magician Malin Nilsson and finance sociologist Théo Bourgeron, Goldin+Senneby developed and patented a magic trick for the financial markets that has the capacity to undermine the perceived value of a publicly traded company and to profit from this. The magic gimmick consists in a computer program that help non-experts identify suitable short selling targets, and a step-by-step guide to undermining their perceived value and executing thus a successful short sale. Goldin+Senneby put the Zero Magic computer software inside a magic box that also contains a US Patent Application for Computer Assisted Magic Trick Executed in the Financial Markets and four historical examples of magic tricks played out offstage, in real life.

Nilsson will be performing a magic demonstration on the last night of the exhibition (this way to RSVP!) 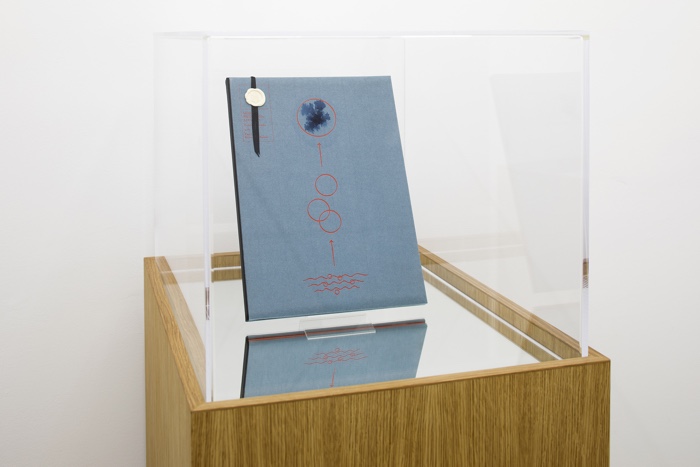 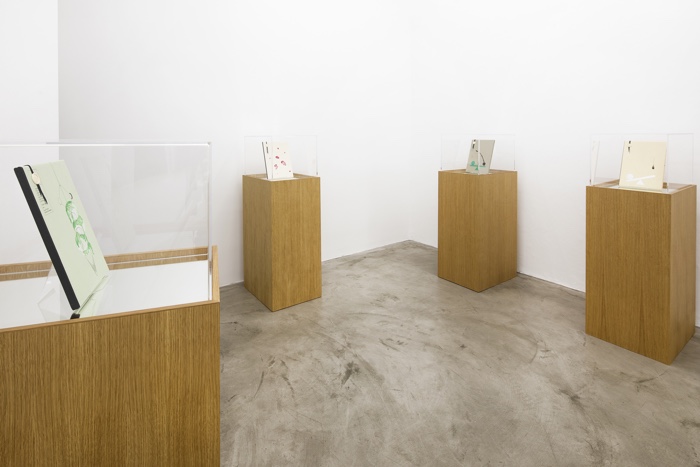 Goldin+Senneby acquired a series of confidential trading strategies in exchange for artworks. These ‘tricks of the trade’ are bound in files and sealed in glass boxes. The content remain a mystery to the viewer, only cover illustrations by designer Johan Hjerpe might give us a clue since they visually interpret the main dynamics of the strategies. 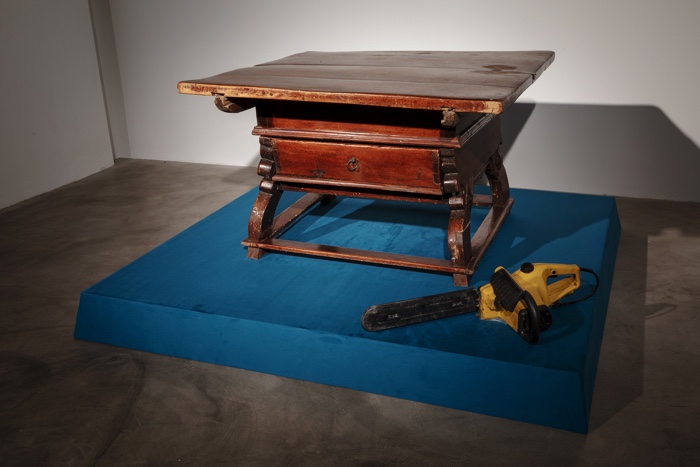 There’s also an antique money changers’ table broken in two. The piece of furniture is a visual representation of the etymology of “bankruptcy”, which derives from banca rotta, the Italian word for broken bench, the bench that moneylenders worked from and that had to be broken when they were no longer in business.

I’ve written time and time again about Goldin+Senneby‘s work. But i’ve never met them. Nor have i ever had the chance to fire a few questions at them. Until now:

Hi Goldin+Senneby! To be honest with you, I’m a bit worried about this interview. While preparing it, i read a story in rhizome that says: “In previous interviews the artists have responded to questions about the project exclusively in the form of quotes from its various parts. For the interview below, however, they produced some new statements, perhaps mindful of the opportunity to recycle them in future incarnations of Headless.” Is that a strategy you have kept on using since that 2009 rhizome interview?

No. This was one of our strategies used in the Headless project – an eight year long performance (2007-2015) staging an “act of withdrawal”.

Goldin+Senneby works with people who sometimes have rather surprising profiles: a magician, an investment banker, an academic social scientist, a patent attorney, an anthropologist, etc. How do you work with them? How much say do they have in the process that leads to a final work?

We try to produce situations in which our (willing and unwilling) collaborators can “act as themselves”. We think of our practice as a distribution of agency within authored frameworks. The clearer the frame we are able to provide, the more agency can be handed over.

Attaching a slide from a “progress report” produced by management consultant Aliceson Robinson in 2011, where she interviewed 12 individuals who had played key roles in our project The Nordenskiöld Model (2010-2017), but notably not ourselves. 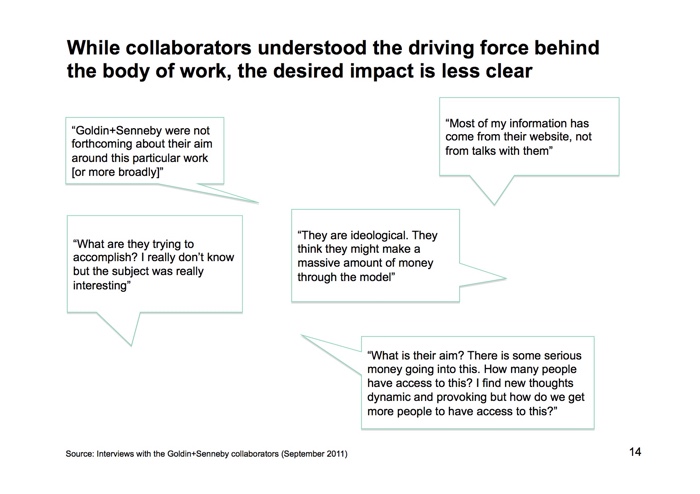 Yes, the magic demonstration will feature our trick for the financial markets (patent pending) and how we appropriated the methods for this trick from a secretive hedge fund. It will also offer an opportunity to bring some magic with you home!

One of the works you will be showing at the Berlin gallery is Force Directed Predictions. From what i gathered online, the series is based on a system that uses big data and AI to predict art prices. Do algorithms really play such a key role when it comes to predicting art prices? How did we get there?

In the context of a gallery show we were interested in the possibility of offering art market predictions as artworks. So on one level the idea is straightforward: to offer meta-data about collecting to collectors.

And because the learning process of the AI we are working with looks at art price fluctuations in relation to a wide range of macro political and economic indicators (10k+ correlating factors) it also produces portraits of the kind of society in which the art market thrives or declines respectively.

These works are the beginning of a longer process. We are collaborating with XLabs.ai and one of their artificial intelligences that has been surprisingly good at predicting “black swan” events in other areas (such as unexpected civil unrest, large jumps in commodity prices, etc). When we got into contact with XLabs, they were just about to discontinue the use of this AI, since they were disillusioned with their customer base – the only customers that were able and willing to pay for these kinds of predictions were either hedge funds or authoritarian states, and they were not interested in selling their services to either of these categories.

So you figured out how to predict art prices, how to use magic and patents to perform financial manipulations…. Why do you feel that you need to bring this knowledge into the art world? That’s very generous of course but if i were you, i’d use all those tricks and know-how to get ultra rich and ultra idle.

In this sense we are not sure that we are bringing anything to the art world that isn’t already there. Clearly, much of the art sector is bound up with the “ultra rich and ultra idle”, as you put it. For us an important question is how to deal with this position of implication. 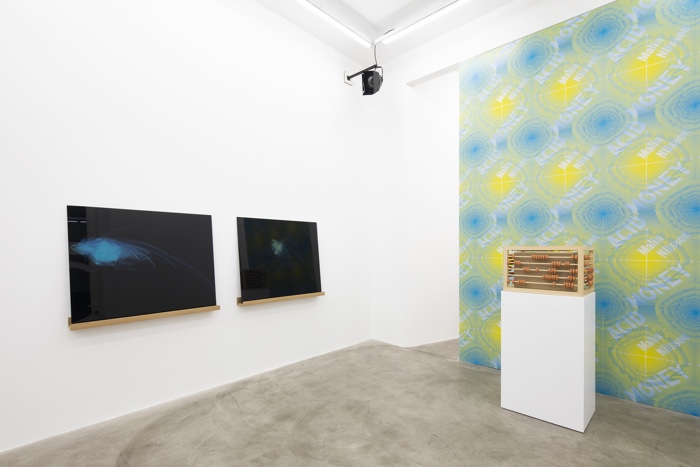 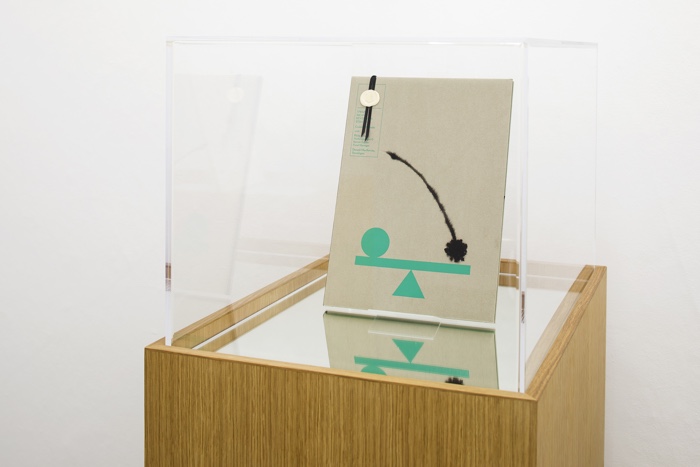 Your practice mixes objects with creative forms such as theater, magic and literary fiction. In general, i find that many of your works are quite ‘brainy’. They are fascinating and easy to get drawn into but they require time and attention from the audience to fully engage with them. Is that part of a plan to request effort from the audience? Or is it because the complexity of topics such as financial operations or the art market requires that we observe/reflect upon them with care?

In times of financialization, speed and acceleration have been distinct features. But we are slow. We work for years on the same project. And this slowness produces certain contradictions that we value.

One of our long-term collaborators, playwright Pamela Carter, drew our attention to how, in physical comedy, it’s a rule that you slow the action down … just a little … just enough to give the audience time to see the joke fully … and then laugh.

Goldin+Senneby‘s solo show, Secrets of Trade, remains open until 9 June 2018 at the NOME gallery in Berlin. The magic demonstration Acid Money will take place as part of the exhibition on 9 June 2018 at 7.30 pm.