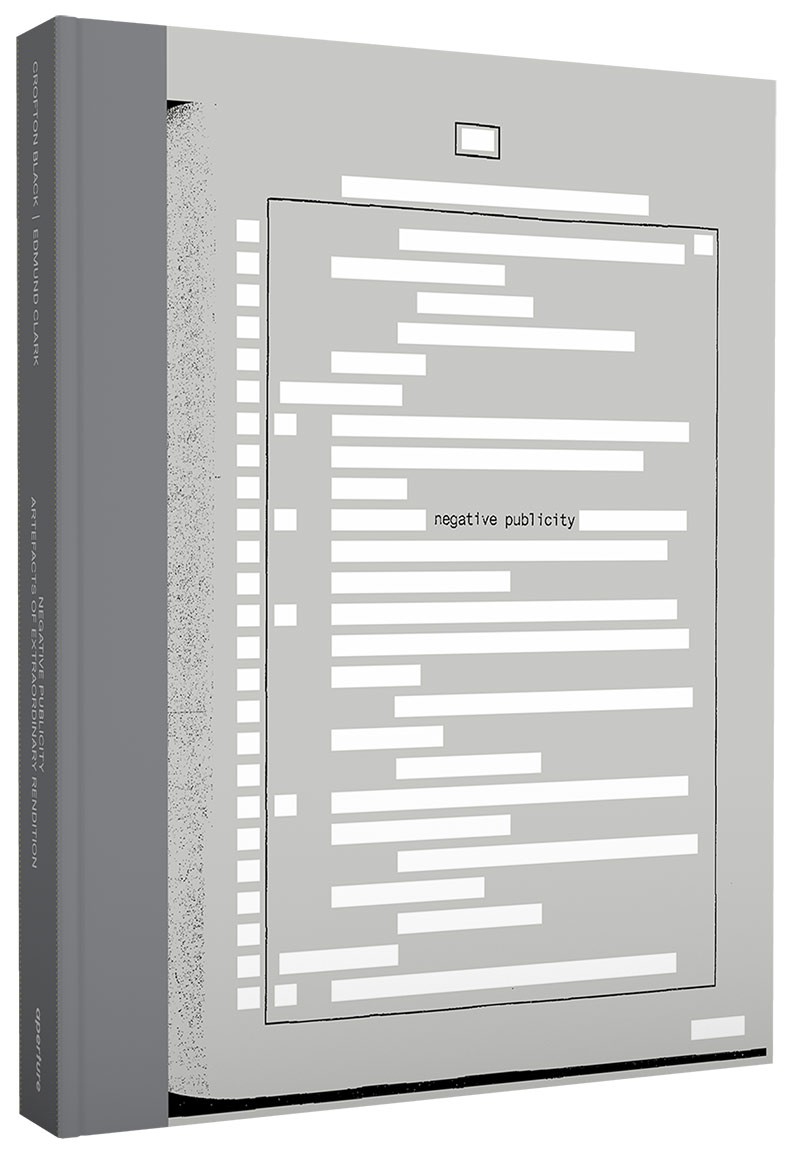 Publisher Aperture/Magnum Foundation writes: British photographer Edmund Clark and counterterrorism investigator Crofton Black have assembled photographs and documents that confront the nature of contemporary warfare and the invisible mechanisms of state control. From George W. Bush’s 2001 declaration of the “war on terror” until 2008, an unknown number of people disappeared into a network of secret prisons organized by the CIA-transfers without legal process known as extraordinary renditions. No public records were kept as detainees were shuttled all over the globe. Some were eventually sent to Guantánamo Bay or released without charge, while others remain unaccounted for. The paper trail assembled in this volume shows these activities via the weak points of business accountability: invoices, documents of incorporation and billing reconciliations produced by the small-town American businesses enlisted in detainee transportation. 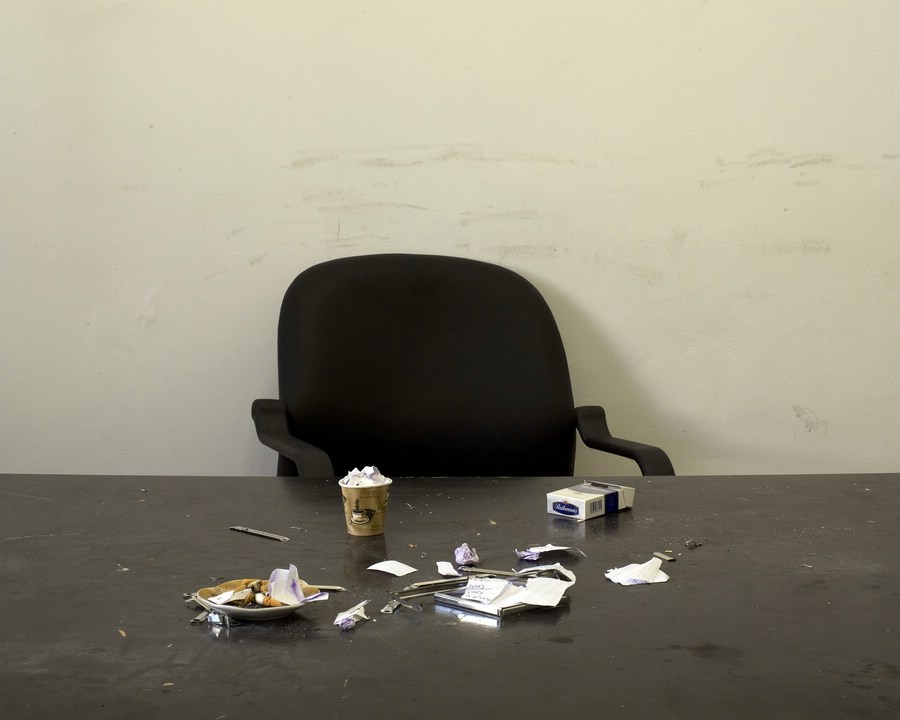 After Sept. 11, 2001, the CIA launched a program of extraordinary rendition to handle terrorism suspects. In the name of the ‘global war on terror,’ some 136 individuals were secretly abducted, transferred from one country to another, imprisoned, questioned using the so-called “enhanced interrogation techniques”, and sometimes killed without any legal oversight, charge nor trial.
Some died during the incarceration. Some were innocent of whatever the CIA accused them of. Some were released without any explanation. Some remain unidentified.

No one was informed of what happened to these people. They were simply made to disappear. The U.S.A. sponsored the whole programme but 54 countries are known to have been complicit in this illegal program and many private companies are known to have provided some logistic support and benefited from the program.

The CIA’s extraordinary rendition program is officially over. But we still need a coherent, approachable and visually appealing narrative of the human right crimes associated with the program. Negative Publicity is probably the closest you might get to it. 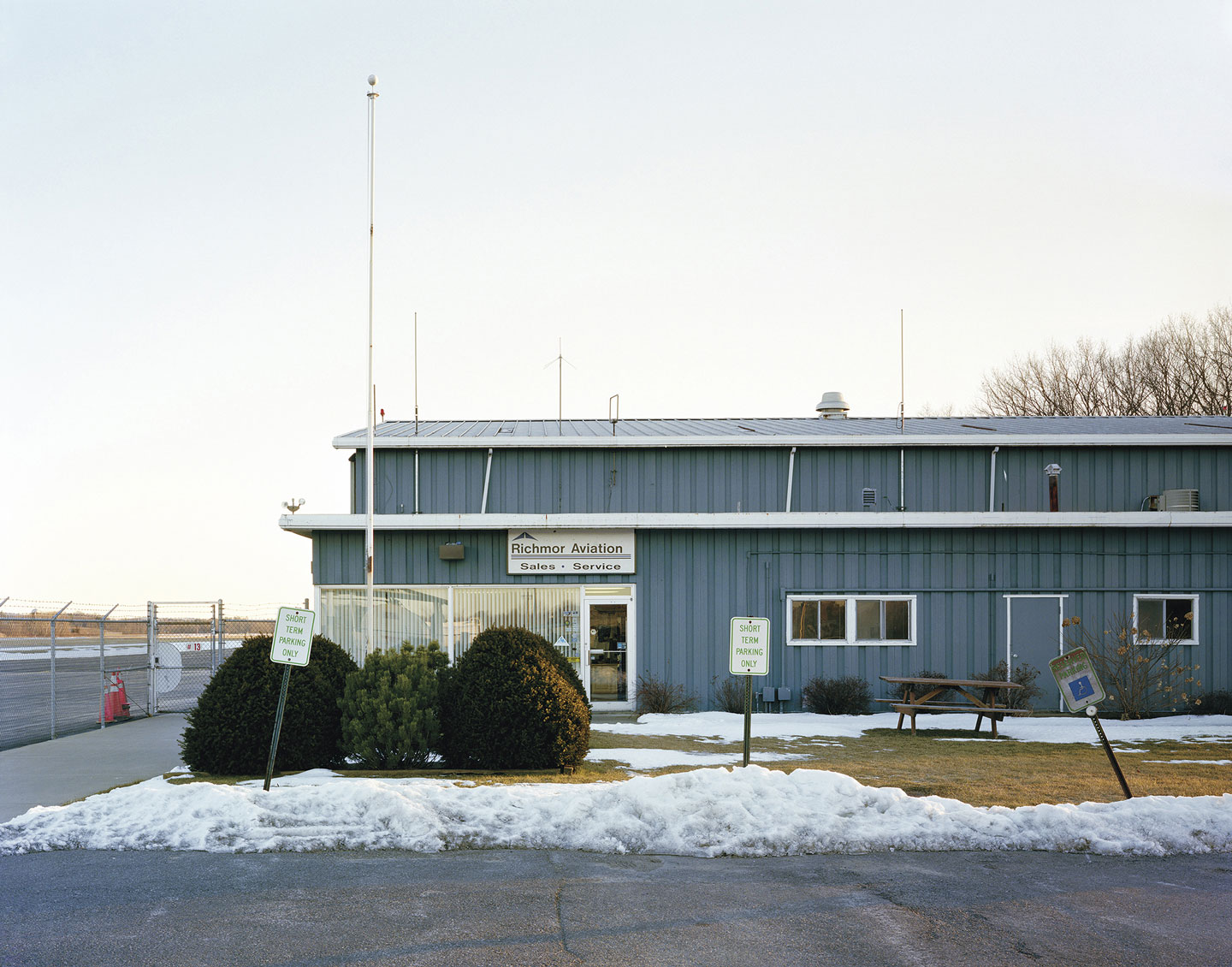 Photographer Edmund Clark spent 4 years spent hunting for sites of extraordinary rendition and photographing any location associated with the programme. None of the photo printed in the book shows any clear evidence of torture, kidnapping or any other human right abuse. There is nothing spectacular to witness here, just mundane places such as the entrance to a Libyan intelligence service detention facility, the corridors connecting cells to interrogation rooms, anonymous streets or the bedroom of the son of a man formerly imprisoned in a CIA black site. Clark calls the making of these photographs “an act of testimony.”

However, the images start to bear a chilling significance when coupled with the paper trail and extracts of interview patiently compiled by Crofton Black, an investigative journalist whose research focuses on extraordinary rendition and black site cases. Over the course of his inquiry, Black has amassed incriminating documents that range from satellite maps to landing records, from border guard patrol logs to testimonies of people tortured in CIA ‘black sites’, from invoices to CIA documents released after freedom of information act litigation by the American Civil Liberties Union. He managed to give them meaning by organizing them into engrossing episodes that give a glimpse of the building and unraveling of the extraordinary rendition network.

Here’s a few images from the book: 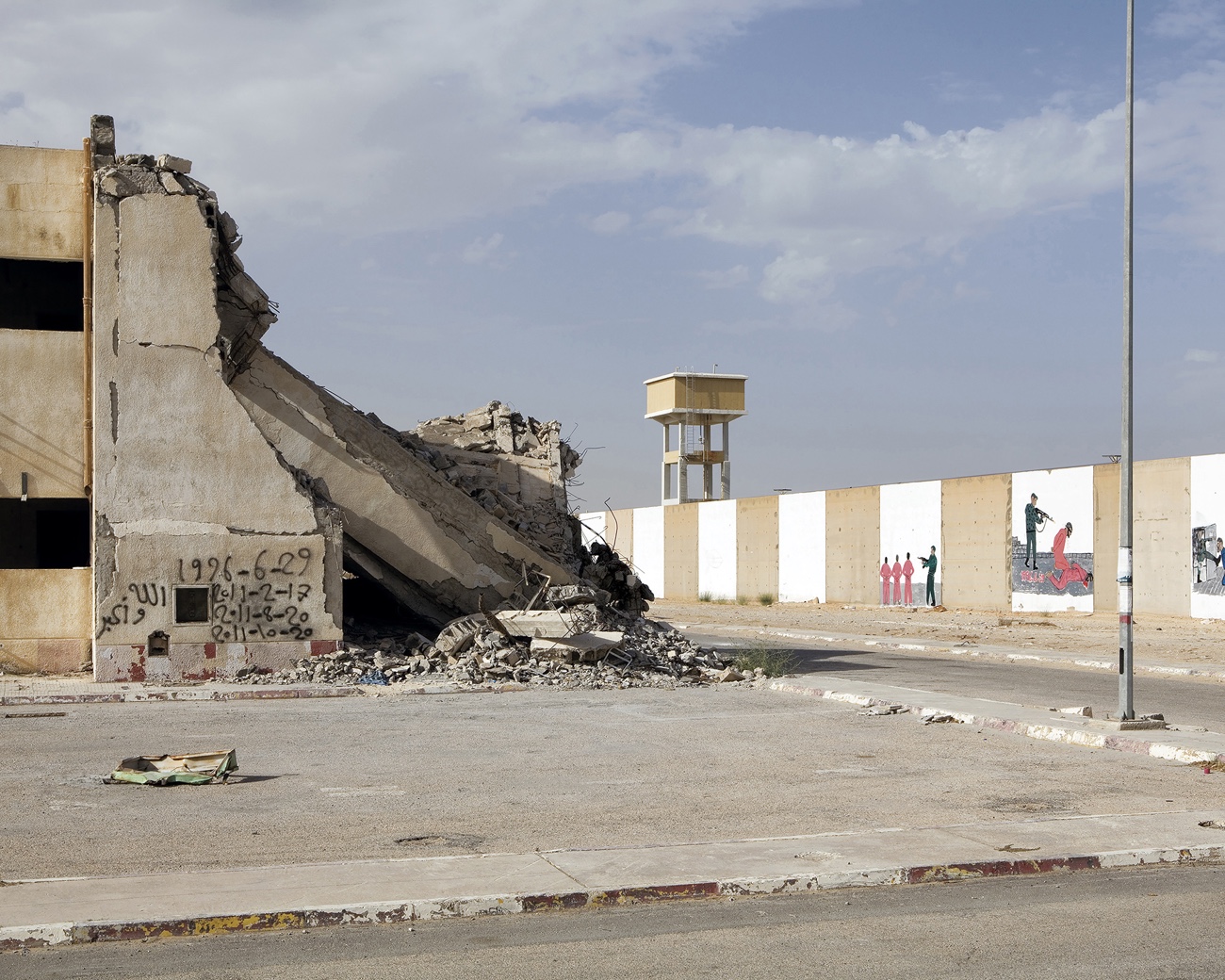 One of the CIA’s captives, a training camp facilitator known as Ibn al-Shaykh al-Libi, was rendered to Egypt and then held in the CIA’s own prison network for several years before being transferred back to Libya in 2006. Information extracted from him was to prove crucial in the Bush administration’s argument for the invasion of Iraq. This information was suspected at the time, and later established, to have been fabricated under duress. Ibn al-Shaykh was eventually located in Gaddafi’s Abu Salim prison by Human Rights Watch in May 2009. He died a few days later in mysterious circumstances. 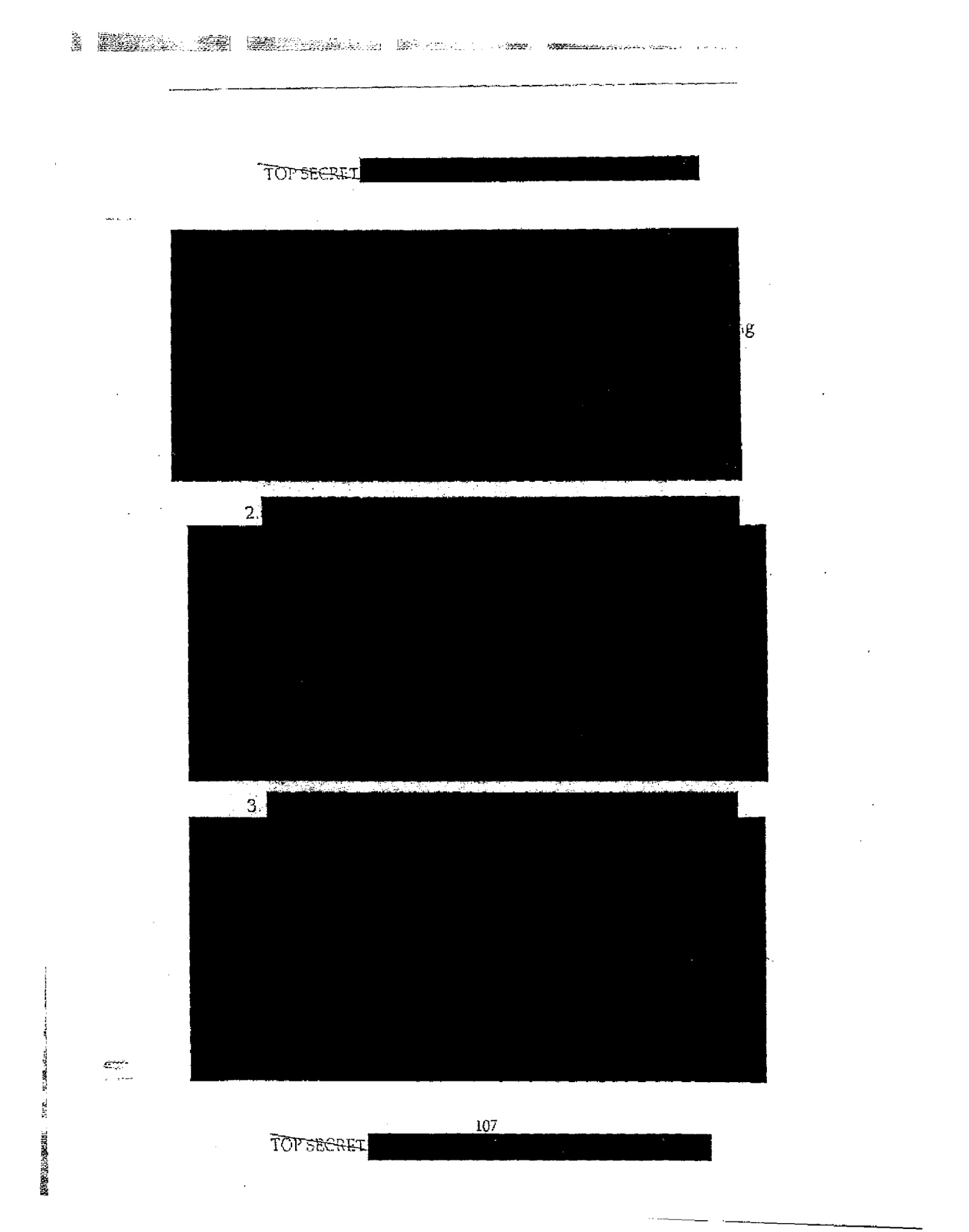 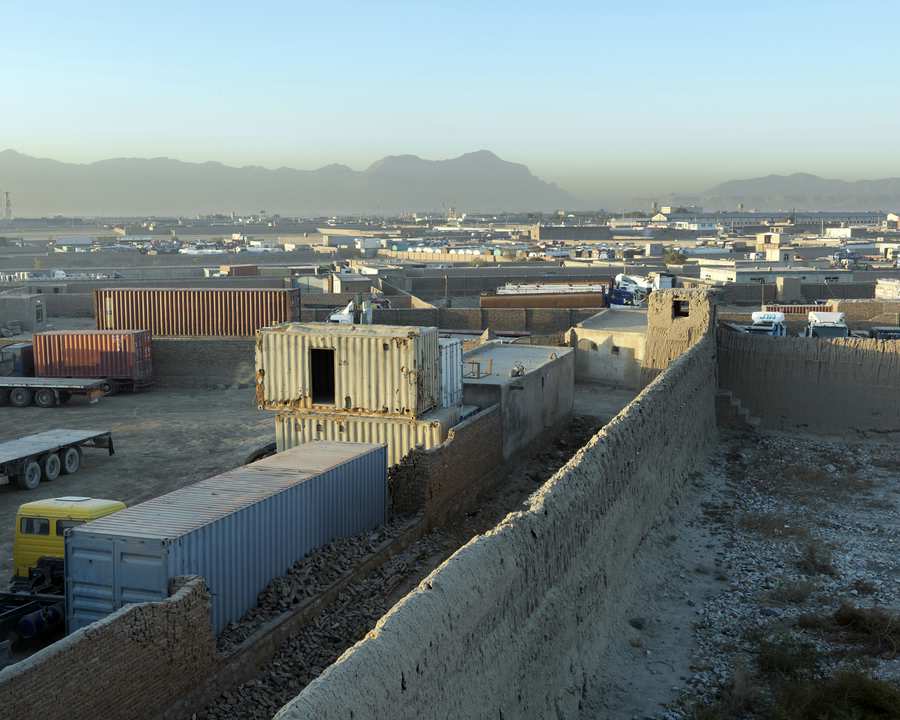 Edmund Clark, Site in north-east Kabul, believed to have been the location of the Salt Pit, now obscured by new factories and compounds, from Negative Publicity: Artefacts of Extraordinary Rendition (Aperture/Magnum Foundation, 2016)

The Salt Pit is the name commonly given to an isolated clandestine CIA black site prison and interrogation center in Afghanistan. A U.S. senate’s report on the programme described how detainees at this facility ‘were kept in complete darkness and constantly shackled in isolated cells with loud noise or music and only a bucket to use for human waste’. The site opened in 2002 and closed 2 years later, when it was replaced by a purpose-built facility intended to offer ‘heating/air conditioning, conventional plumbing, appropriate lighting, shower and laundry facilities’. 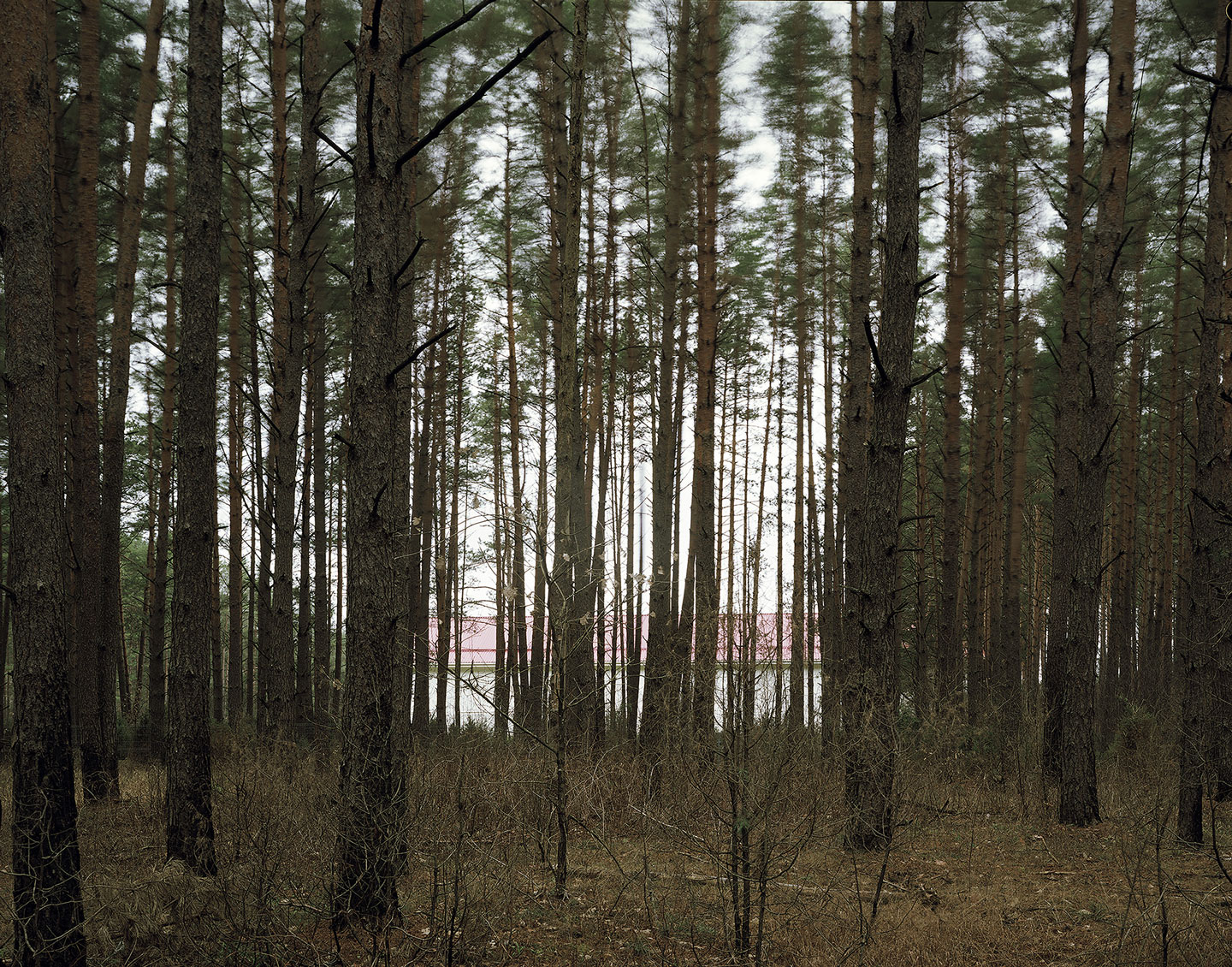 Edmund Clark, The building at Antaviliai, erected on the site of the paddock of the former riding school, from Negative Publicity: Artefacts of Extraordinary Rendition (Aperture/Magnum Foundation, 2016)

The CIA prison facility in Antaviliai, a small village 20km north of Vilnius, Lithuania, was surrounded by lakes and woods. Its construction was shrouded in secrecy. It was the last secret detention site the CIA used in Europe. 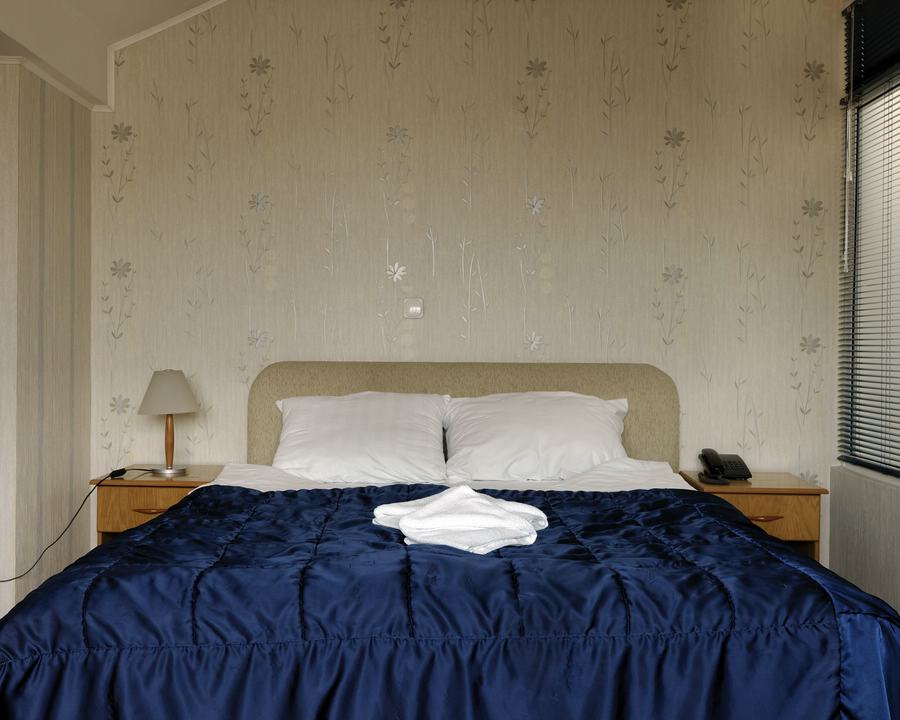 Khalid El-Masri was a German and Lebanese citizen who was mistakenly abducted by the Macedonian police in 2003, and handed over to the CIA. He was held at a black site and routinely interrogated, violently beaten, sodomized, and subjected to other forms of degrading treatment and torture. A year and a half later, the CIA finally admitted his arrest was a mistake. He was then flown, blindfolded and earmuffed to Albania, where he was dumped on the side of the road without explanation. 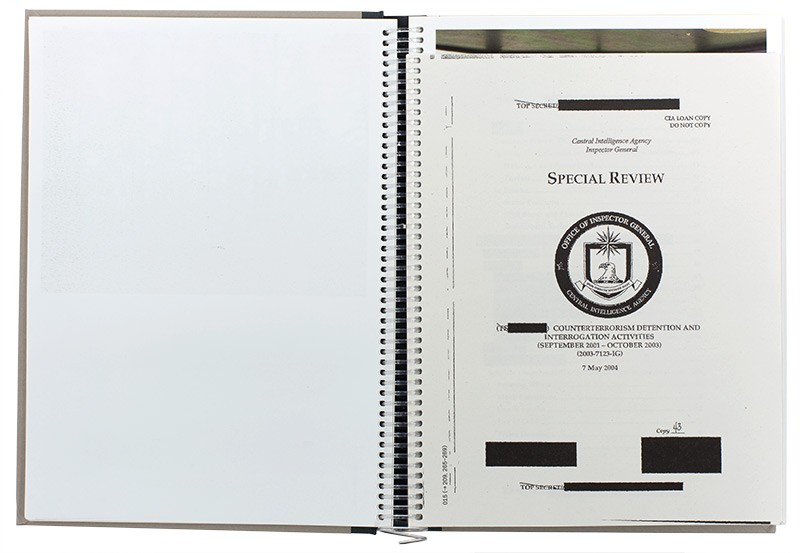 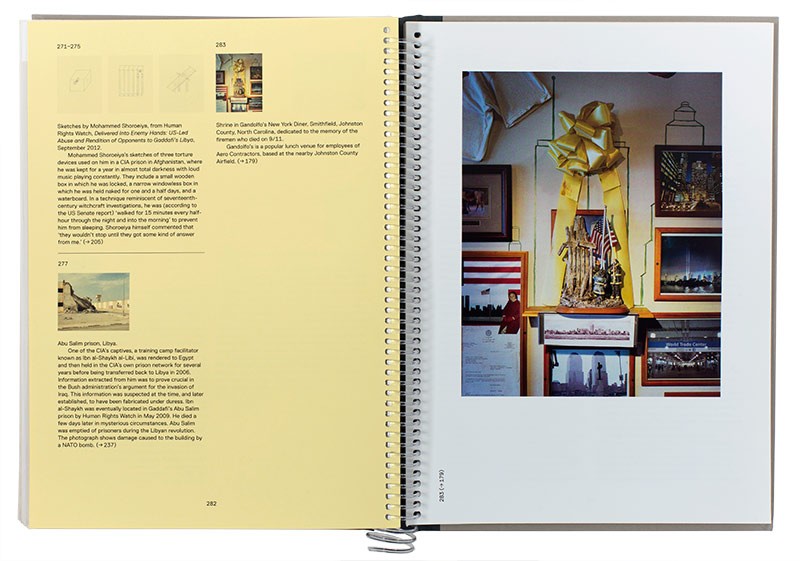 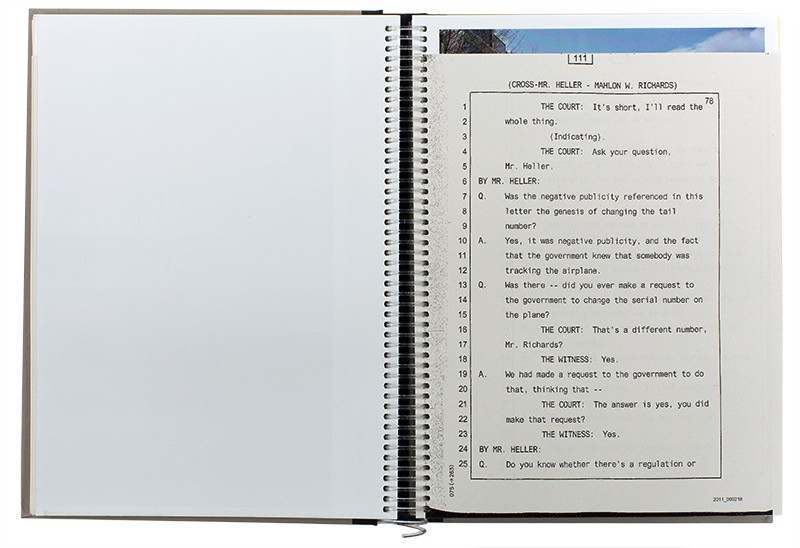 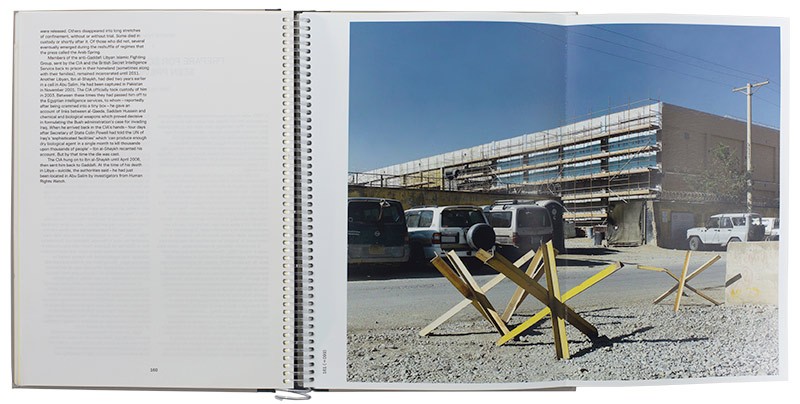 Previously: Brighton Photo Biennial – Agents of Change: Photography and the Politics of Space, Book review – Guantanamo: If the Light Goes Out, Architecture of Fear – a conversation with Trevor Paglen, The Glomar Response. James Bridle solo show in Berlin explores torture, surveillance, imperialism and immigration, Discussing democracy, torture and secret services with Jill Magid, Book Review – Blank Spots on the Map: The Dark Geography of the Pentagon’s Secret World, Guantanamo museum and other tales of extraordinary rendition at Helga de Alvear gallery in Madrid.