The Glomar response refers to the US government prerogative of power to “neither confirm nor deny” the existence of information. The expression was created by the CIA in 1975 in response to media inquiries about a covert program which involved the Glomar Explorer, a salvage vessel built to recover a sunken Soviet submarine. The form of non-denial denial is symptomatic of the times we are living. Nevertheless, the ever-increasing opacity of political and social processes accelerated by computer code and secret law is countered by the growing ability of individuals and activists to use those same networked technologies to investigate and act with ever greater agency. 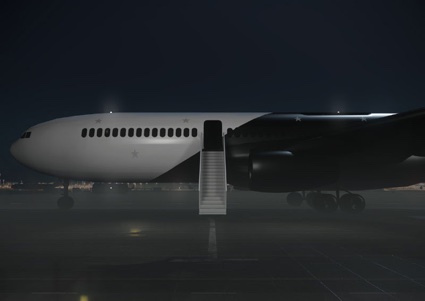 The Glomar Response is also the title of James Bridle‘s solo show which will open tomorrow at NOME, a gallery in Berlin dedicated to the interweaving areas of art, science and political activism. Bridle’s exhibition will present a series of works that use computer code, investigative journalism, and visualization to explore hidden spaces and classified information. Whether they investigate CIA torture, automated police surveillance, relics of British imperialism or immigration, the works on show demonstrate the impact that politics has on technology and architecture.

“Politics are encoded into the architecture and the technology,” the artist told me during a skype discussion. “They betray the intent. But we still need some literacy in order to be able to decode the situation so my work aims to make these codes visible but it also calls for the need to raise this literacy.

There’s also another aspect to these works and it’s that i’m not entirely convinced by this process. I think that there are limits to what you can do. None of these works is going to lead to huge changes in the system. The pieces in the show also speak of that frustration.” 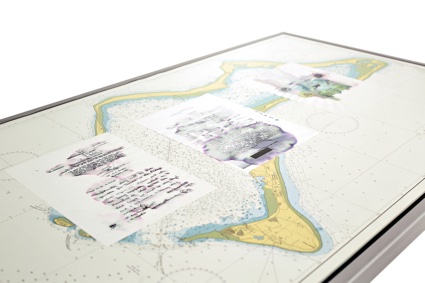 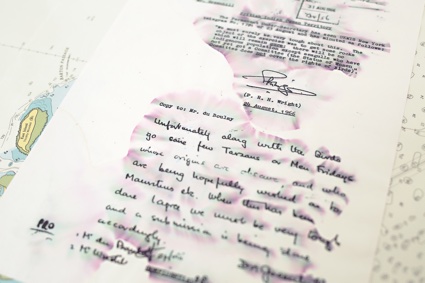 Bridle will premiere the work Waterboarded Documents in Berlin. The installation is made of research documents surrounding the operation of websites and domains that end in .io. These web domains, popular with a number of trendy companies, are linked to the island of Diego Garcia and the other islands of the British Indian Ocean Territory. But most people who use these domains are unaware of the dark story of these islands.

The islands of the British Indian Ocean Territory form an archipelago that was forcibly depopulated in the 1970s by the United Kingdom, at the request of the United States which needed an unpopulated island to set up a military base. Ironically, the base is called Camp Justice. Because of its strategic position, the US used it as a base during the invasions of Afghanistan and Iraq, as well as a CIA black site and transit point for the extraordinary rendition programme.

The British government has consistently denied any illegalities in the expulsion. Moreover, in 2010, the British Cabinet announced that most of the archipelago would be turned into the world’s largest Marine Protected Area, a move that will prohibit commercial fishing as well as oil and gas exploration in the area. Leaked documents seem to confirm Chagossians’ suspicion that this MPA was created to prevent the islanders from returning to the islands.

The case has not been heard by any international court of law as no appropriate venue has been found to accept the case.

The navigation charts, maps and other documents shown in the gallery have been submitted to waterboarding, just like some of the people ‘interrogated’ in the framework of the rendition program. The water damage also alludes to claims made by the British Government that files relating to the UK’s role in the CIA’s global rendition operations could not be released due to accidental water damage. Finally, these damaged documents illustrate the complicity between contemporary technological networks and older forms of entrenched and imperial power. 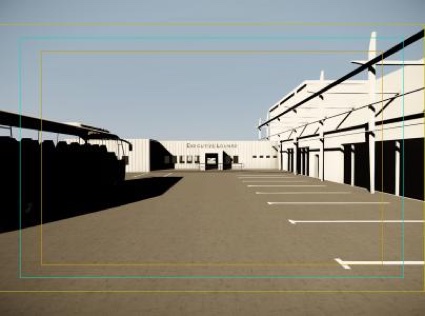 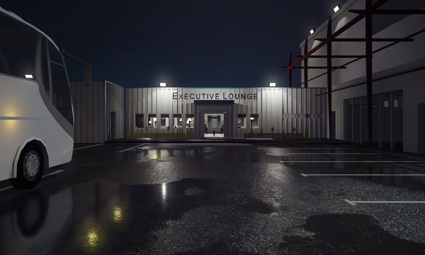 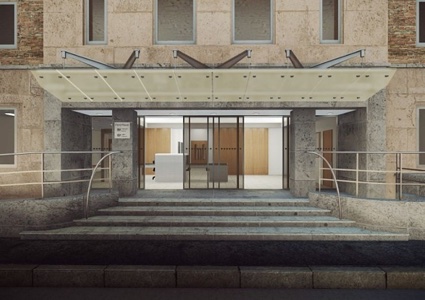 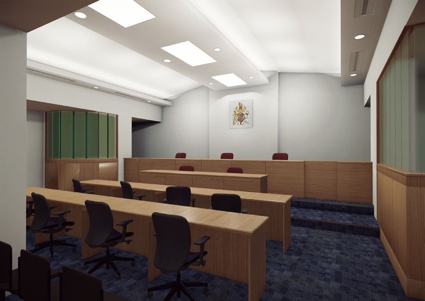 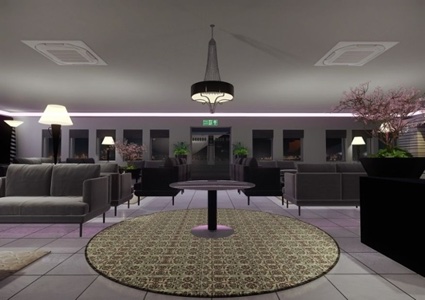 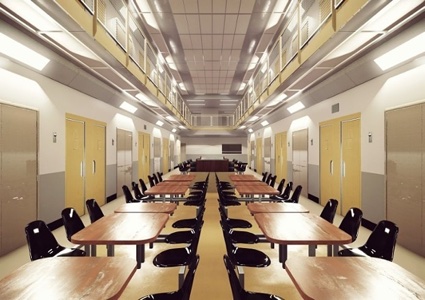 Bridle is also showing Seamless Transitions, a work that demonstrates the quality of his investigative practice and that makes tangible and visible sites shrouded in invisibility and secrecy.

Developed in collaboration with digital imaging studio Picture Plane, Seamless Transitions puts into images three unphotographable sites of immigration judgment, detention and deportation in the UK: the Special Immigration Appeals Court, whose design is informed by the need to present secret evidence; Harmondsworth Detention Center, a privately run prison near London Heathrow Airport; and the Inflite Jet Center, a private terminal at Stansted Airport that the Home Office uses to deport rejected asylum-seekers.

Bridle reconstructed the spaces by collating witness accounts, planning applications and open source information in the hope that the resulting animation would raise a debate about the legal procedures of immigration and detention. Moreover, the work looks at the use of new imaging practices to carry out investigation in the absence of other visual media such as photography.

Having no pictures available of a phenomenon has become a technique of not talking about it, he told ICON. Physical representations make more tangible the kind of things people find it difficult to talk about because they are non-physical, digital or complex. 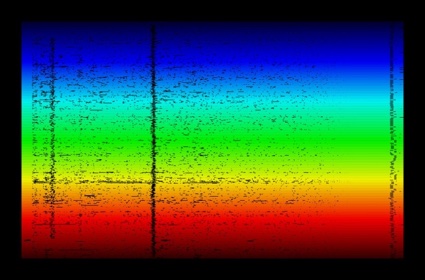 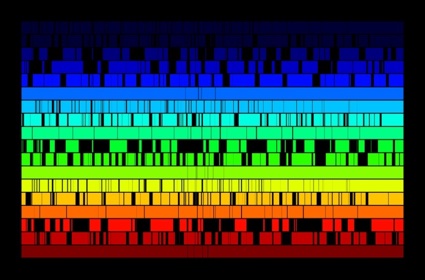 The third piece exhibited at NOME is Fraunhofer Lines, a series of visualizations from a variety of sources, including the Senate Intelligence Committee report on CIA torture and the UK Information Commissioner’s reports on automated police surveillance. These documents, released following Freedom of Information requests, have been analyzed with computer vision to reveal the extent of redaction and the discrepancies between different documents. They are named and patterned after the gaps in the sun’s spectra discovered in 1814 by physicist Joseph von Fraunhofer, which both revealed the absence of certain frequencies of light reaching the earth’s surface and pointed toward new methods of analysis and understanding.

And i’ll end the story with video for anyone who doesn’t get a chance to see the exhibition in Berlin this Summer:

James Bridle – The Glomar Response is at NOME gallery in Berlin from 25 July until 5 September 2015.