The book is available on the Aalto University Shop as a hardcover and as a free pdf download. 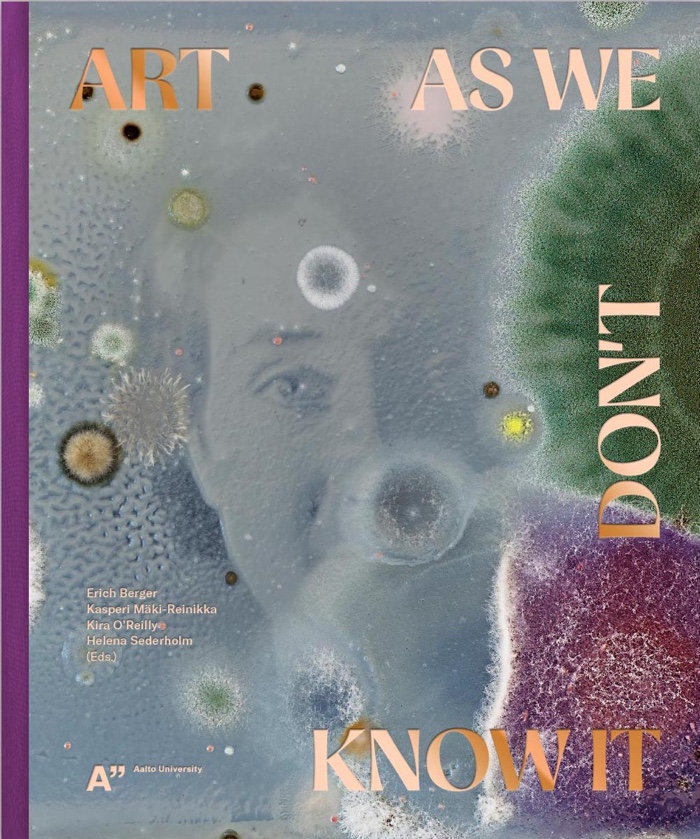 Publishers Aalto ARTS Books write: What worlds are revealed when we listen to alpacas, make photographs with yeast or use biosignals to generate autonomous virtual organisms? Bioart invites us to explore artistic practices at the intersection of art, science and society. This rapidly evolving field utilises the tools of life sciences to examine the materiality of life; the collision of human and nonhuman. Microbiology, virtual reality and robotics cross disciplinary boundaries to engage with arts as artists and scientists work together to challenge the ways in which we understand and observe the world. This book offers a stimulating and provocative exploration into worlds emerging, seen through art as we don’t know it – yet.

Art as We Don’t Know It showcases art and research that has grown and flourished within the wider network of both the Bioart Society and Biofilia during the previous decade. 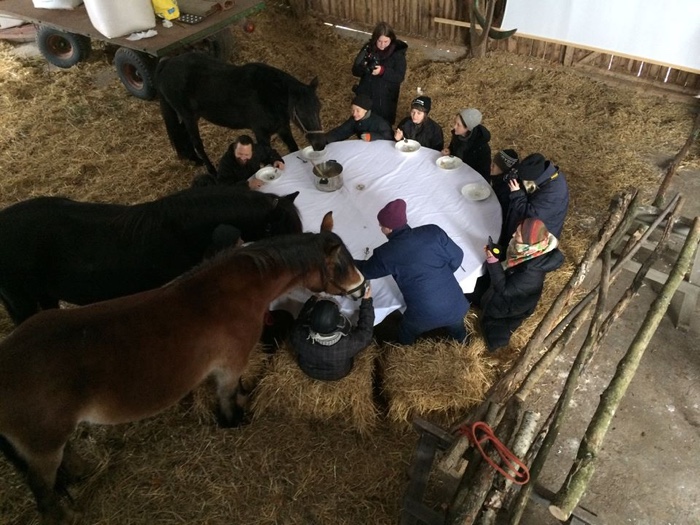 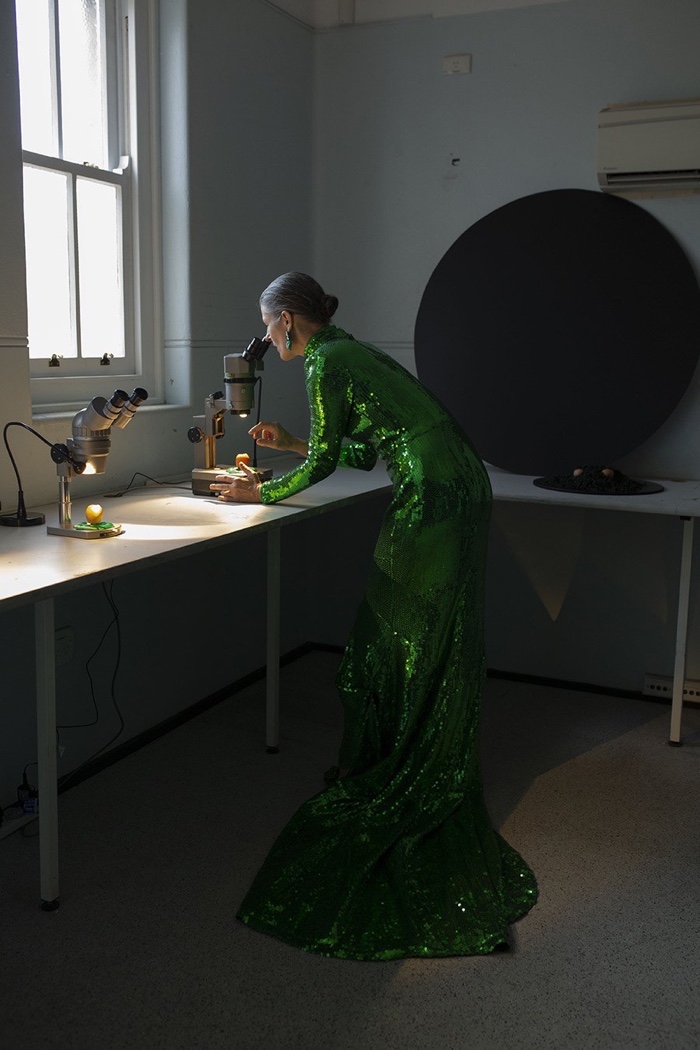 I love a book that makes me feel ignorant, that spurs me into learning and catching up with a field i wasn’t following as closely as i thought. With its selection of peer-reviewed essays, personal accounts, interviews and artistic contributions, Art as We Don’t Know It reminded me how fast-paced, broad and exciting bioart can be. Reading it has been a humbling and enlightening experience.

Bioart remains at the margins of mainstream art. And yet, by relentlessly scrutinising natural sciences and establishing connections with researchers, bioart ponders upon some of the most profound impacts that the manipulation of life will have/is already having on culture, ethics and society. And then sets to communicate them with imagination, depth and clarity. 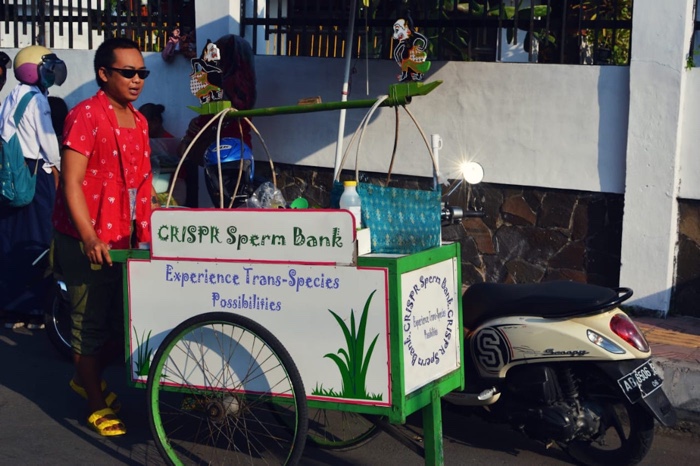 The book is structured around four thematic sections Life As We Don’t Know It, Convergences, Learnings/Unlearnings, Redraw and Refigure. And because bioart people are generous like that, they also threw in a glossary as a bonus.

Life as We don’t Know It is the perfect title for a section that looks into the shift in our understanding of what constitutes life following the rapid development of synthetic biology. It goes further however by also exploring exobiology, the biological systems and forms which are not from earth. The second section of the book – Convergences – focuses on the different ways in which the technological and the biological cluster into new constellations through artistic practice. Learnings/Unlearnings underlines the importance of self-education and knowledge-sharing when it comes to understanding, probing and communicating techno-scientific developments. A more self-reflective section, Redraw and Refigure looks at how art and thinking can help speculate and offer “strategies of amendment.”

The book closes on a glossary where you read about animal and forestry but also “Black Veganism” and xenomogrification. Each author submitted terms and definitions that they considered relevant to their contributions. 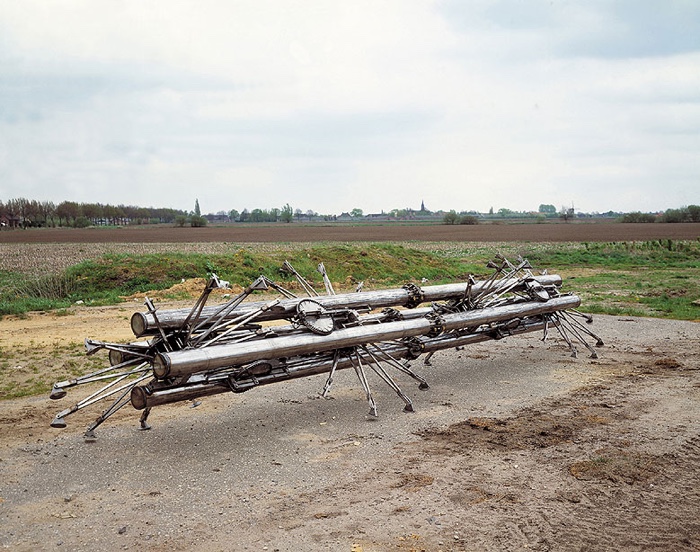 If you’re interested in animals, survival, sex, climate change, biopower and anything in between, you’re bound to find something to make you think in Art as We Don’t Know It. Here’s a quick overview of some of the articles i enjoyed the most:

By going through the details of her HRT regimen, xenologist Adriana Knouf points to the “biohacking” dimension of HRT. Not only because of its profound medical effects but also because the United States Food and Drug Administration doesn’t officially authorise its use in the context of gender affirming therapy. There are no medications specifically designed for trans-gender HRT and by relying on what is available and marketed to cisgender people for all sorts of health reasons (to counter acne, high-blood pressure or the effects of menopause, for example), anyone using these medicines on the long term in the context of gender reassignment therapy is engaging in a form of self-experimentation.

Knouf’s text also explores xenology, the study, analysis and development of the strange, the alien, the other. Because some people fail to see transgender individuals as fully human, she herself feels like she belongs to xenology. Instead of running away from that term and what it entails, she embraces it as a part of a series practices of DIY and DIWO, hacking, reclaiming technology, infiltrating labs and opening up to encounters with other xenoentities in the universe.

Erich Berger uses his observation of the landscape in the sub-Arctic region of northern Finland and a selection of artworks to illuminate otherwise hard to conceptualise matters of deep time and deep futures.

Laura Beloff reflects on hybrid ecology through the lens of art and forestry in Finland. I was expecting that the wise and eco-conscious Finns would protect their forest patrimony better than the rest of a Europe. Sadly, it appears that in Finland too the government sees forest as a resource to exploit for maximum economic gains. Hybrid ecology, she explains, refers to artworks and art practices that deal with an ecology that is an aggregate of biological and technological parts further complicated by the pressure of socio-economic interests. They form a community which grown, constructed and modified members enter into reciprocal exchanges that go beyond human intentions. The selection of artworks Beloff uses to illustrate the concept of hybrid ecology reveal changing environmental and societal conditions. 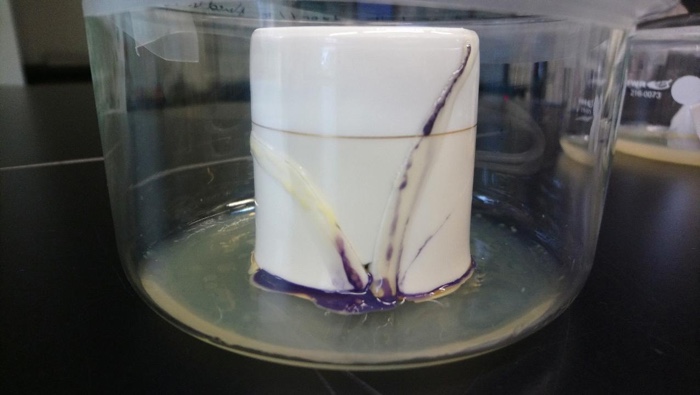 I learned in Denisa Kera‘s account of the forgotten history of our attempts to make science more inclusive and socially-engaged that Antoine Lavoisier, the father of modern chemistry, was publicly executed for his “unpatriotic” science. That was the the late 18th century but as she explains, various regimes in the 20th century similarly abused science and technology to serve their own vision of how science should serve the “greater good.”

Curator Jurij Krpan, looked back at the impressive accomplishments of the Ljubljana institution Kapelica Gallery. His essay focuses on the development of a program that orchestrates the creation of increasingly complex artworks. The works supported by Kapelica demand sophisticated technologies, functionally equipped rooms and the support of scientists and engineers from around the world.

Heather Davis, Elaine Gan and Terike Haapoja contributed to the publication with an insightful essay on the “Unbearable Whiteness of Bioart”. It is indeed quite surprising that a community so intent on uncovering and denouncing ethical problems raised by biotechnology and science in general, a community that constantly questions our disconnect from other life forms seems to be unconcerned by the equally urgent issues of decolonialization and intersectionality. 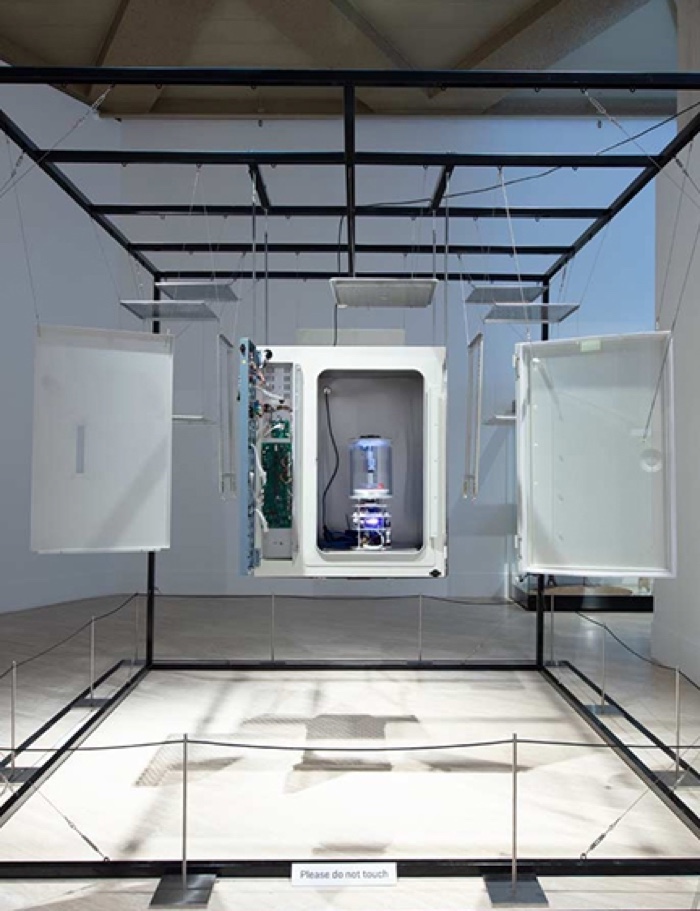 Oron Catts and Ionat Zurr from the Tissue, Culture & Art (TC&A) Project wrote a sharp and at times also humorous text that dissects artists’ role as fearless and pestering challengers of the theory, practice, application and implications of life sciences and biotechnologies. Another mission of artists, they believe, is to expand the narratives and directions in which knowledge can be applied.

Art As We Don’t Know It also introduced me to many (MANY) artworks i had never heard of. Here are some of them:

Labor is an art installation that re-creates the scent of people exerting themselves under stressful conditions. There are, however, no people involved in making the smell – it is created by bacteria propagating in the three custom bioreactors at the center of the room. Each bioreactor incubates a unique species of human skin bacteria responsible for the primary scent of sweating bodies. 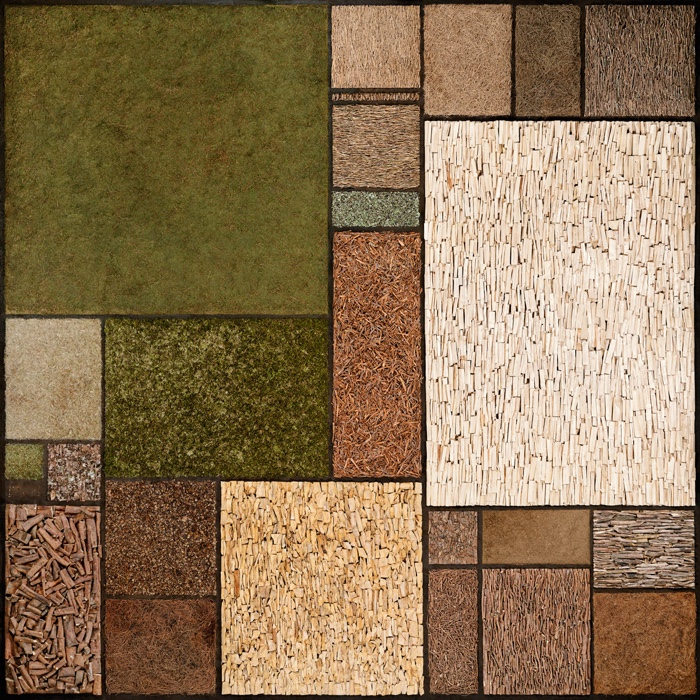 Antti Laitinen dissected a 10 x 10 meter piece of forest, sorted it into its different materials (soil, moss, wood, etc.) and then rebuilt this piece of forest and arranged the different components by colour. 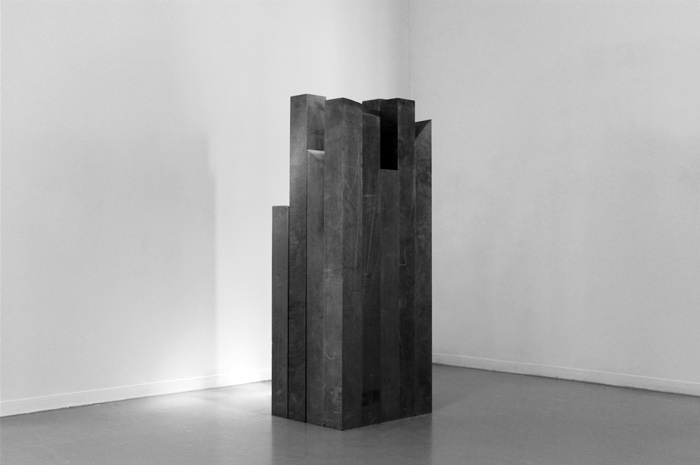 Crystal Bennes, One Hundred Thousand Cities of the Sun, 2015 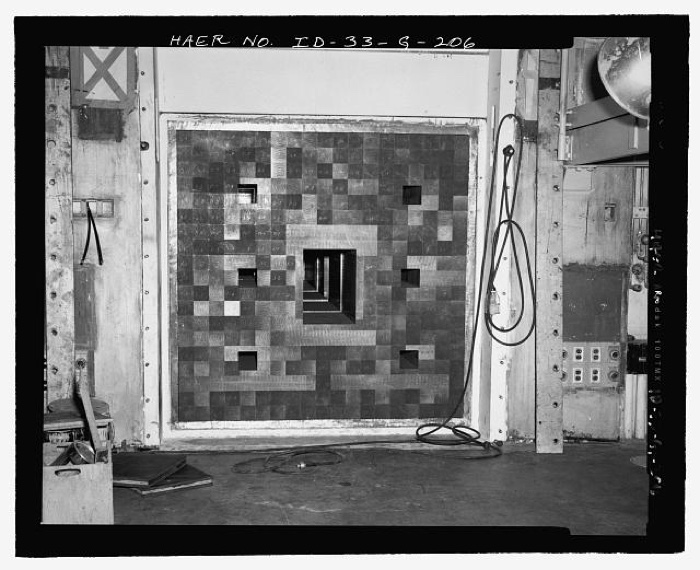 A single, highly abstract, topological scale model of a City of the Sun has been constructed from dense, nuclear-grade graphite recovered from the thermal column of Finland’s first nuclear reactor. The sculptural model is joined by a series of text-based propositions, imagining alternative urban scenarios drawn from nuclear history past, present and possible future.

Teemu Lehmusruusu‘s environmental installation is sensing and translating in sound and light the soil breathing and photosynthesis in summer at Kaisaniemi Botanic Garden. 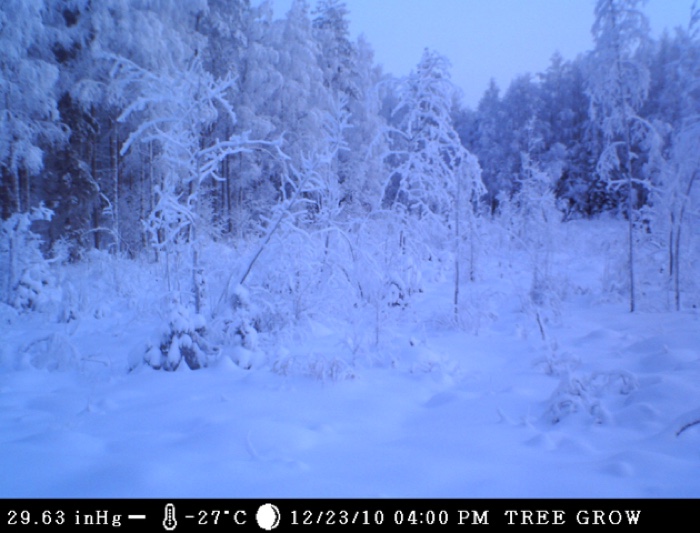 Mari Keski-Korsu has been observing since 2010 an hectare of clear-cut forest in Eastern Finland where no forest management activities are allowed. A camera left on site is taking photos of this piece of forest in order to record what happens to a clear-cut without management. 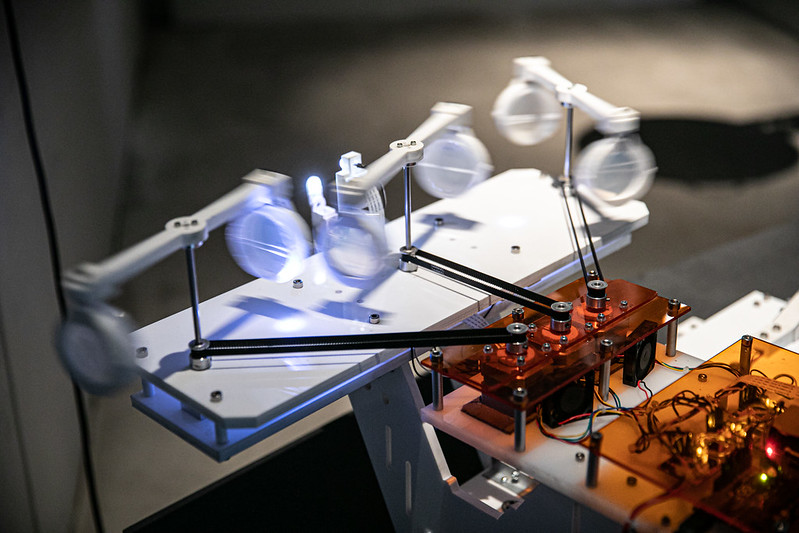 The prototypes of the Deep Data series are experimental simulation devices in which space-faring terrestrial organisms are subjected to selected elements of the deep space environment. 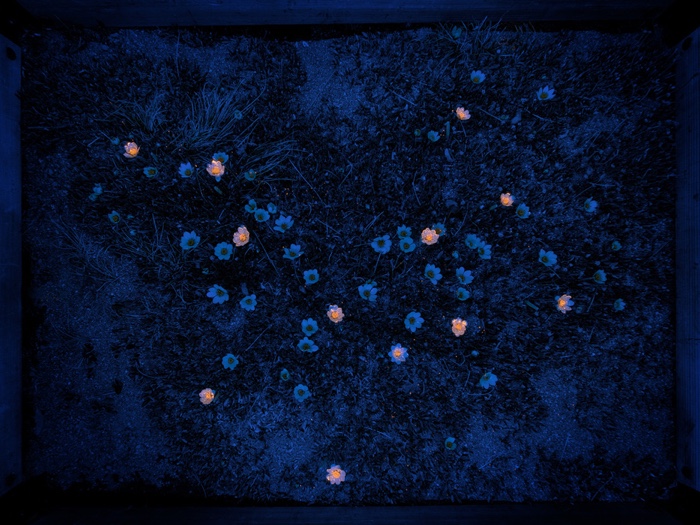 Dispersal is a photographic series and bioart project that visualises the effects of pollinator decline and climate change.

The project was done at Zackenberg research station in Greenland. Only two bumblebee species live naturally in Greenland, and in the absence of bees, muscid flies are the main pollinators. Biologists estimate that populations of muscid flies has decreased by up to 80% over the past few decades. Climate change is considered to be the likely main cause. The effects of climate change are more marked in Arctic areas where climate is warming faster and the ecological communities are simpler and, thus, more vulnerable. 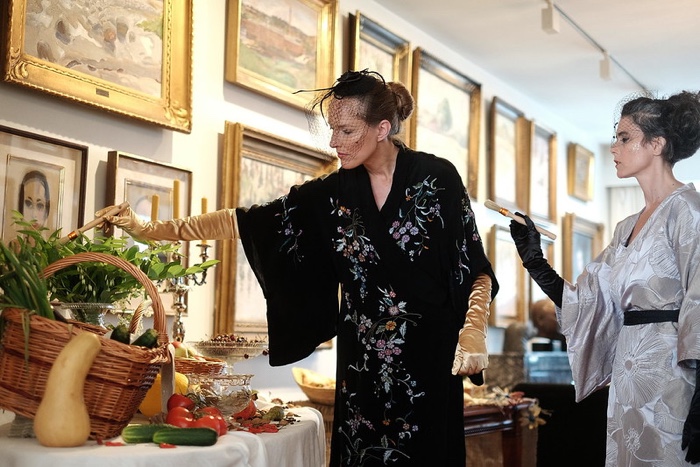 Melliferopolis‘s Feast of Pollen Gold is a still-life composition made of fruits and vegetables that are insect or wind pollinated. 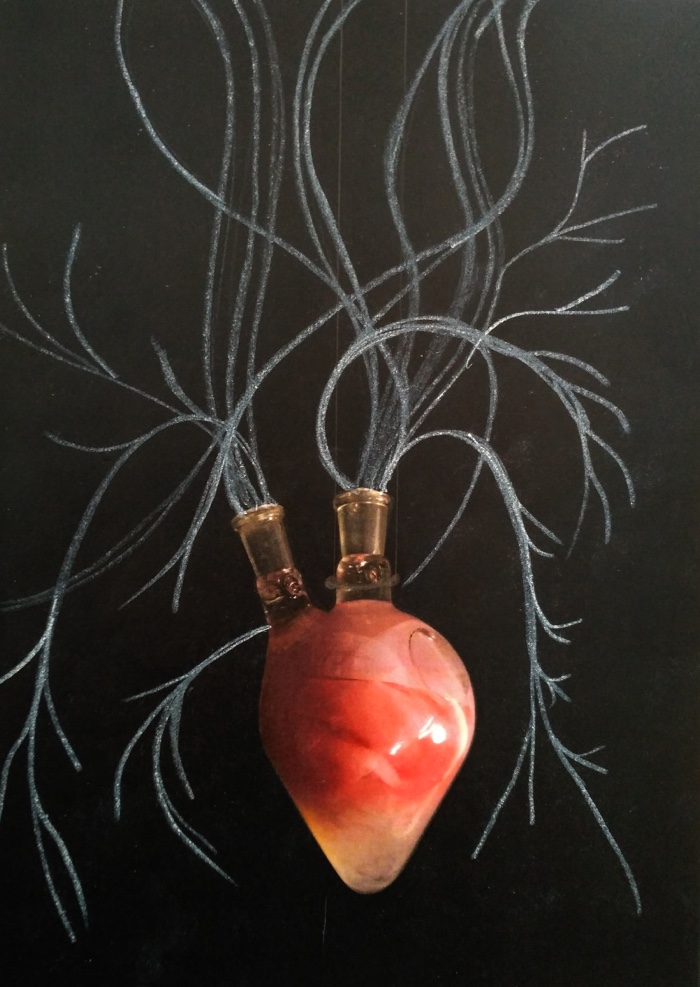 Previously: Field_Notes: From Landscape to Laboratory, also available as a PDF download.