Socially Engaged Art in Contemporary China. Voices from Below, by Meiqin Wang, Professor in the Department of Art at California State University, Northridge. 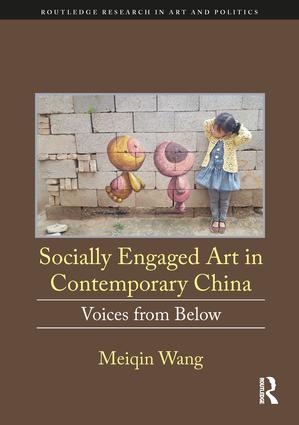 Publisher Routledge writes: This book provides an in-depth and thematic analysis of socially engaged art in Mainland China, exploring its critical responses to and creative interventions in China’s top-down, pro-urban, and profit-oriented socioeconomic transformations. It focuses on the socially conscious practices of eight art professionals who assume the role of artist, critic, curator, educator, cultural entrepreneur and social activist, among others, as they strive to expose the injustice and inequality many Chinese people have suffered, raise public awareness of pressing social and environmental problems, and invent new ways and infrastructures to support various underprivileged social groups.

In her book, Meiqin Wang reflects on a growing movement of soft cultural activism spearheaded by artists, curators and art critics who believe that art has a responsibility to engage directly with Chinese social reality. These art professionals have developed various strategies to address a series of pressing social and environmental issues. They set up schools, art centres and libraries in neglected rural areas, collaborate with disenfranchised social groups, revitalize urban neighborhoods, document unbridled waste accumulation in order to stir the government into cleaning up polluted areas, curate exhibitions that lay bare the ills of a society driven by a culture of economic growth, etc. 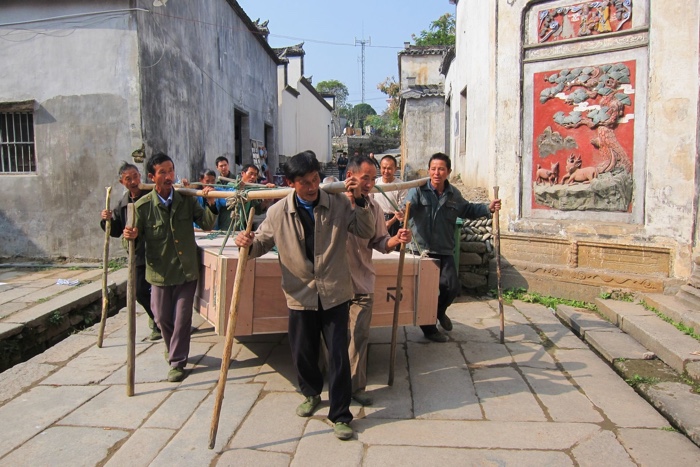 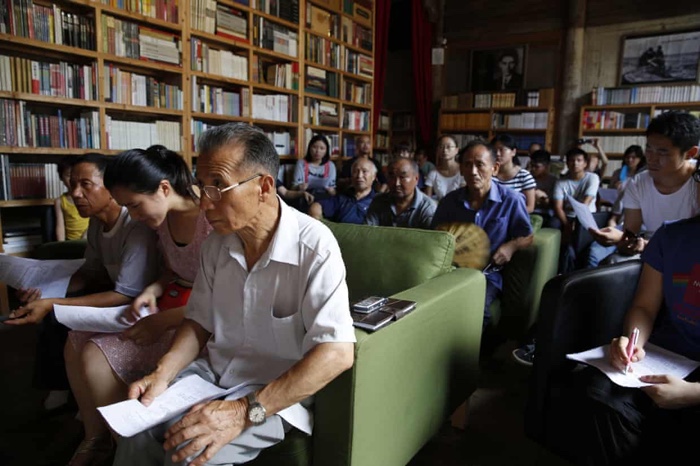 As diversified as they might seem, these community-anchored artistic interventions have several characteristics in common. First, they challenge the cultural and sociopolitical perceptions about life promoted by authorities and mainstream media while avoiding direct confrontation with the state. Second, they operate on a small scale and often with the assistance of the communities concerned. Last but not least, they echo China’s growing grassroot desire for a society that is fairer and more respectful of its heritage and environment. 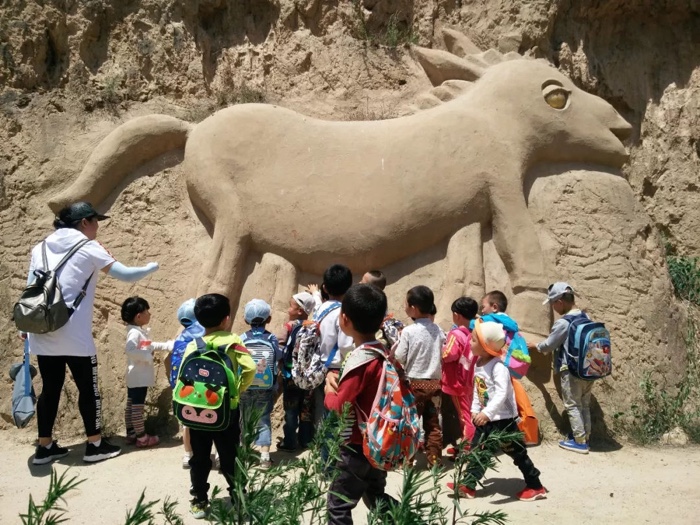 I’d wholeheartedly recommend you check out Socially Engaged Art in Contemporary China. Voices from Below. By featuring artworks that don’t always get the international recognition they deserve, the book confirms that -as much as i admire his work- there’s more to Chinese socially-engaged art than Ai Weiwei. The book should also surprise anyone who views China as a solid, one-dimensional country. China, as Wang demonstrates, is far more nuanced, interesting and rebellious place for artists to explore.

Quick overview of some of the artists, curators and artistic interventions i discovered in this publication: 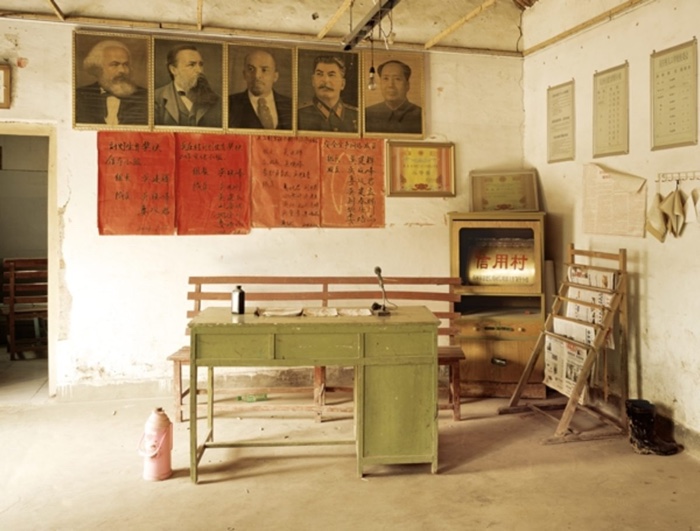 Wang Nanming is one of the artistic figures whose work Meiqin Wang’s book explores. The art critic, curator and artist champions the kind of art that boldly engages with the actual Chinese situations they live in.

“The Space of Power: The Photographic Exhibition of Qu Yan” is one of the exhibitions Wang curated in 2007. In this series photographer Qu Yan investigates the office space of government officials or executives of state-owned corporations in developed and underdeveloped regions. His images show urban-based offices equipped with expensive pieces of furniture that suggest a material abundance brought about by economic development. Public offices of minor officials in remote rural regions, on the other hand, are usually poorly furnished but they display a stronger sense of publicness of the space, with posters and other political symbols propagating official policies. The contrasts between urban and rural offices hints at the abuse of state power.

The many social problems generated by the relentless speed of urban transformation is one of the recurrent themes of the book. Like Qu Yan, most of the artists whose work is presented in Socially Engaged Art in Contemporary China attempt to address and in some cases alleviate the problems encountered by the communities whose livelihood and cultural identity are being threatened by rampant economic development. 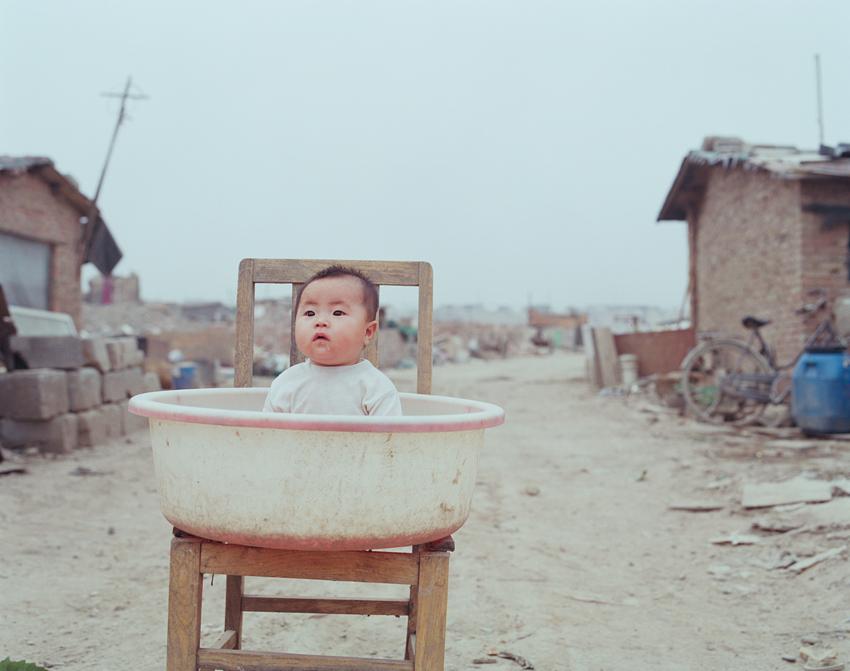 Artist Wang Jiuliang has been working since 2008 to raise public awareness around China’s escalating consumerism and rapid urban expansion. Beijing Besieged by Waste casts a disheartening glance at the vast landfills surrounding Beijing and the impact their toxicity and pestilence have on the environment and the people who lived nearby.

Following widespread media reports on Wang Jiuliang’s extensive photographic documentation of waste mismanagement in the capital, the municipal government designed a plan to clean up and regulate about 1000 dumpsites surrounding the city. Wang’s next work, Plastic China, didn’t meet with the same governmental forbearance. The documentary film exposed the social, ecological and economic cost generated the plastic waste imported in the country for recycling. This time Wang’s efforts were promptly censored. The film and all associated reviews and comments disappeared from websites in China. In spite of the censorship, the central government actually took in the information presented in Plastic China and acted upon it. Besides, widespread online support of Wang’s work suggests a growing civic environmentalism among citizens. 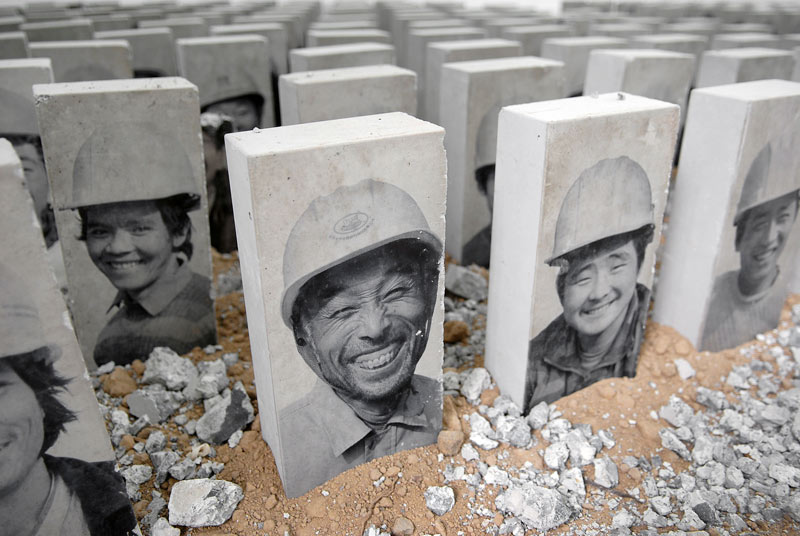 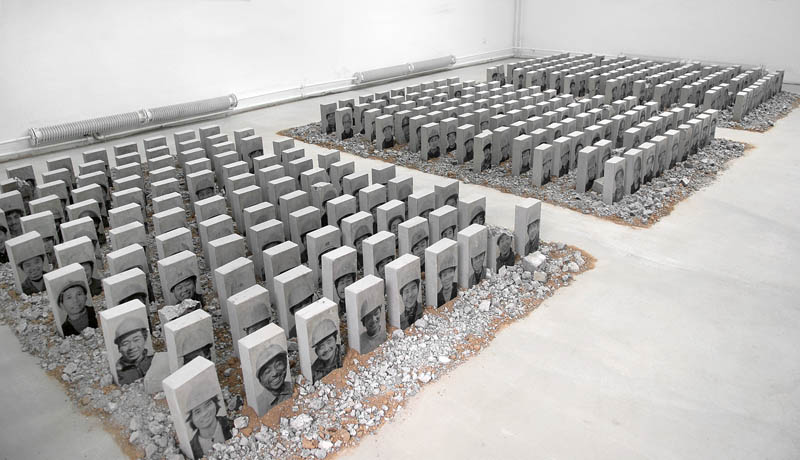 Wen Fang’s work gives a voice and a visibility to marginalised communities. Her installation Terracotta Migrant Laborers of People’s Republic consists of 300 cement bricks printed with head portraits of migrant workers. A direct homage to a relentlessly overlooked social group, the work acknowledges a community whose existence is often rendered invisible in a society that seems to accept that socioeconomic inequality is an unavoidable price to pay in exchange for China’s rise to a global economic power. 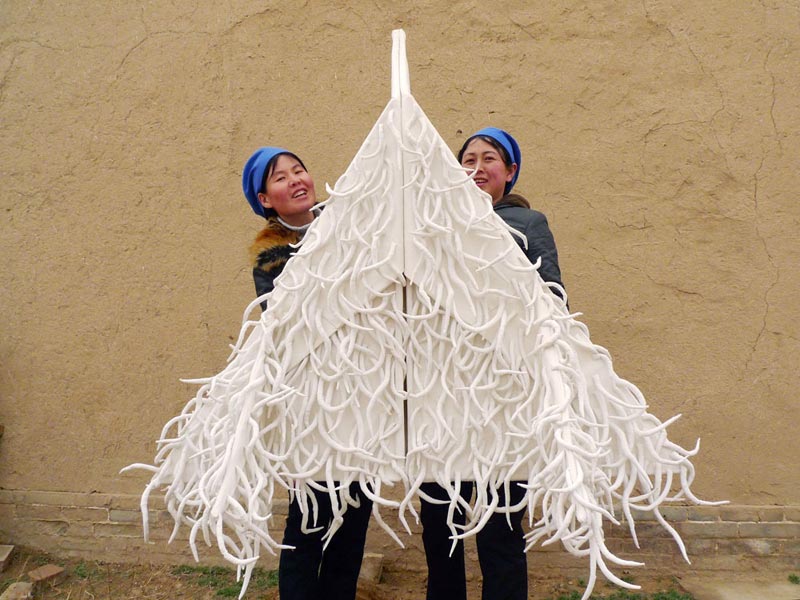 Wen went further in her efforts to engage with the life of marginalized populations. She traveled to Xihaigu in Ningxia Province where local women have no independent income and domestic violence is becoming a serious problem. As part of her Art Poverty Alleviation project, the artist helped these women create a series of modern artworks. The works were inspired by local crafts and traditional techniques. 50% of sales profits were passed on to the cooperatives as health, education and development funds.

Wen’s Arts for Crafts’ Sake project was considered by many as a successful experiment in poverty alleviation through art. However, in late 2012, she had to put an end to the project, mostly because of the hostility she encountered from local government officials and some locals in Yuwang town towards her activities in the countryside of Ningxia.