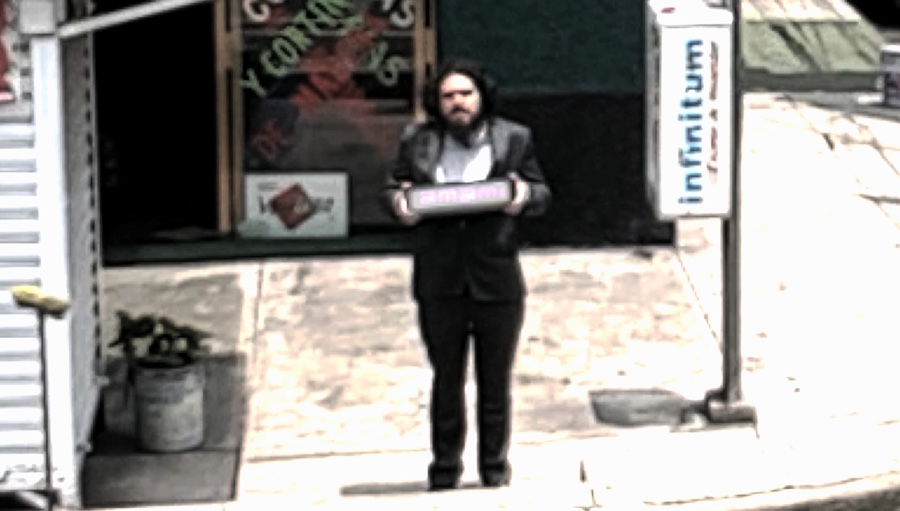 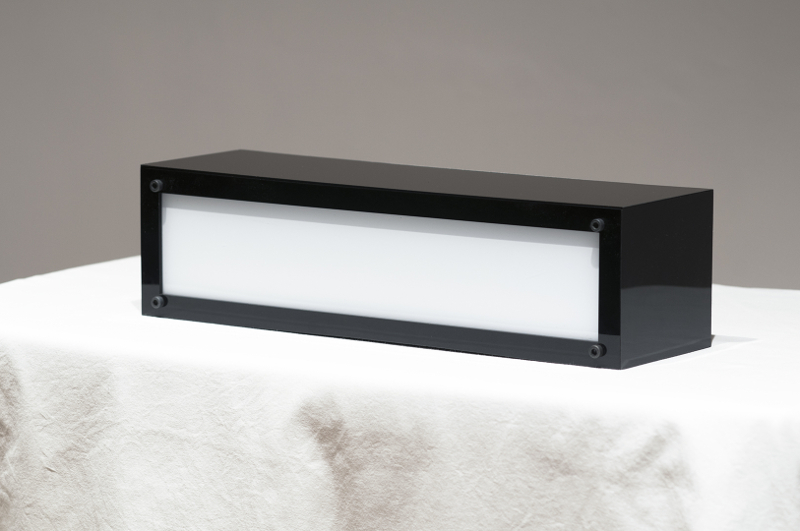 Diego Trujillo Pisanty has recently been looking into our relationship with infrastructures, these inconspicuous ‘forces’ that sustain cities. His performance, Finding the Operator, zooms in on the urban surveillance system of Mexico CIty.

The work consisted in a series of attempts to find out who the operator(s) of a specific government-owned CCTV camera are. He first tried to reach out to them by filling in freedom of information requests. Having only received pointless information in return, Trujillo tried a more informal approach. He built an electronic device that broadcasts messages that can only be read by the people behind a CCTV camera, thus establishing an exclusive communication channel with the operator(s) gazing at the video feed. The message invited the operator to call Trujillo and meet him in a bar. No one called him nor turned up at the café appointment.

Trujillo also created a simulation of the camera’s field of view. This simulation was constructed by surveying the camera´s surroundings and from inferences made by analysing CCTV “success stories” published by Mexico City’s government on their YouTube channel.

Trujillo looked at works such as the Surveillance Camera Players, Jill Majid’s Evidence Locker, !Mediengruppe Bitnik’ Surveillance Chess, and many more before developing Finding the Operator. His work similarly attempts to acknowledge the existence of the morally accountable human beings that sit at the other side of this otherwise faceless infrastructure of control and surveillance. However, there is something poignant about his work. Maybe because you can’t help feeling as vulnerable as he was when he stood on that street corner sending messages that no one ever answered. And perhaps no one even saw them.

There is always a power asymmetry between a camera’s operator and the subject it photographs. In the case of surveillance cameras this asymmetry is emphasised by the fact that the subject observed has no information on the people operating the camera or whether they even exist.

I asked Diego Trujillo to tell us more about his work:

Hi Diego! You seem to have stood a long time on that street corner. I found it funny that no passersby seems to question what you were doing there holding a white box. It reminded me a bit of Francis Alys pushing a bloc of ice in the streets of Mexico City while everyone around just ignore him. Did no one really approach you? You must have looked odd?

Really, no one approached me, the guys who were filming got some attention at first whilst they were doing exposure tests, but once the action started no one cared about us. I guess we are in a city where people tend to mind their own business and a little strangeness is not unusual either. There is a sense of loneliness built into the project that partially comes from this though, it seems that my concerns about surveillance aren’t shared by the other people who live and work in the area and that both the camera and my actions just seemed mundane or irrelevant. 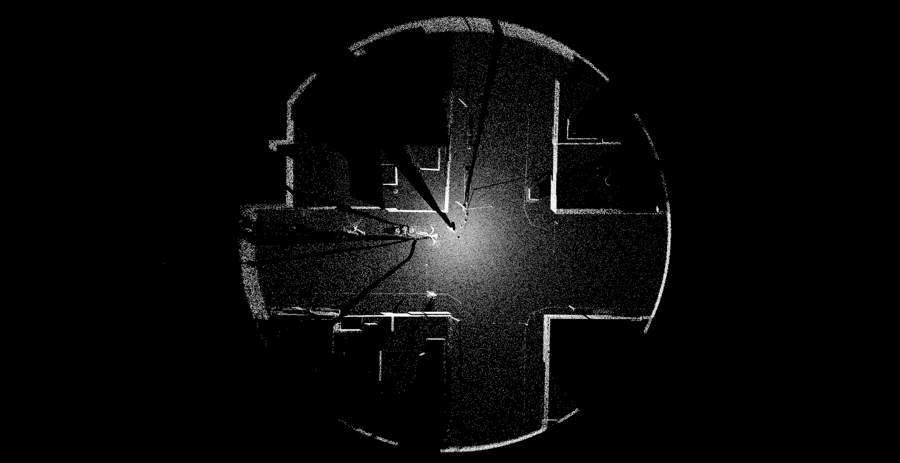 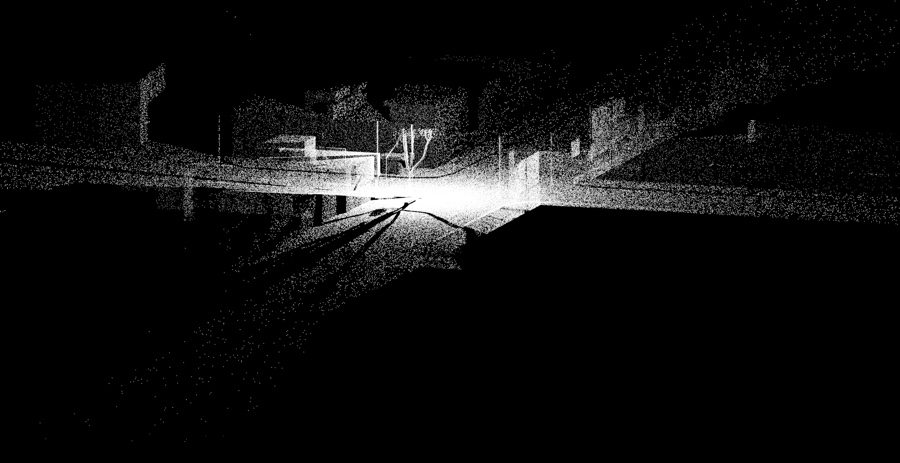 From the video it appears that no one cared about what you were doing on that street and either the operator(s) never got to see your message or they didn’t bother contacting you. Somehow i suspect that it only confirmed what you were expecting about the infrastructures that surround, govern and monitor us. So what do you think you’ve achieved and expressed with this work?

One interpretation of the work is that there is an impossibility of direct dialogue with government workers, even in democracies that boast on being transparent and inclusive it is still very difficult to achieve dialogue outside of the established channels and platforms which failed early on in the project when I submitted Freedom of Information requests. This raises some issues about government workers being accountable for their actions, especially in a country where trust in state institutions and the police is at its lowest point in history because of corruption and abuses of power. The video about the meeting is where this metaphor is more obvious, despite all my efforts to investigate and confront this infrastructure I am never able to have my questions answered, the only option left is the pathetic resignation and disappointment portrayed towards the end of the video.

There is another angle of this which I find interesting and that is the effort to exist for the camera and thus for the government. Unlike what happens with many projects focused on protecting your privacy from CCTV, I actively wanted to be seen and recognised, to the point where it becomes a form of vanity. There is a relationship between this and the broader cultural idea that we photograph ourselves to prove our existence, this has been said many times of social media, but I see some value in exploring this idea in the context of surveillance, a technology that was devised precisely to produce evidence on the existence of certain events. I think there is an interesting tension between my efforts to exist and the absolute lack of response from the surveillance system.

In terms of what I expected would happen this shifted constantly. There were days when I was certain no one even looked at the cameras and other days when I was convinced that someone would at least tell me to stop interfering. I had an interview prepared in case I did get contacted, the questions were orientated at dissecting the operator’s own account on how he relates to the people at the other side of the camera from a position of power. 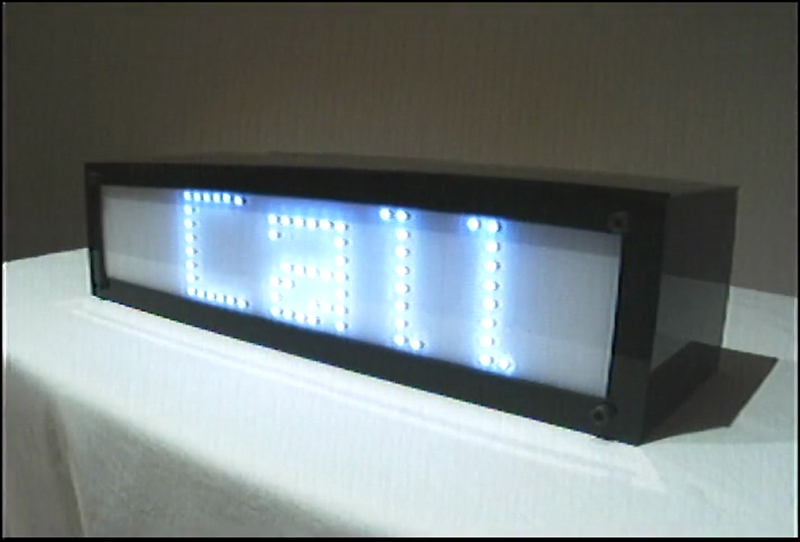 The idea for this project came from a course about Occult Infrastructure you taught together with Mark McKeague and Tom Schofield at the Architectural Association‘s summer school in 2015. What are these occult infrastructures? What makes them occult? And why should we care about them?

The brief at the AA suggested that infrastructure in general is something we believe in rather than experience. This system of beliefs can then be used to explain how a city works without fully understanding its underlying logic and often leads into conspiracy theories and modern forms of superstition and pseudo-science. The occult works in a similar way, there is a belief in hidden forces that can be used to decipher the workings of everyday life and alter its consequences by manipulating these forces. Some examples of the infrastructures that inspired these thought are the mysterious telephone boxes that occupy street pavements, communication antennas, speeding sensors and CCTV. We never get a full view of these systems but just by the glimpses we get we are invited to imagine how they are supporting and controlling our lives.

CCTV is a clear example, where seeing a camera invites the observer to believe that there is someone who has the power to deliver justice watching, and thus a sense of safety is meant to arises. This is supported by the existence of fake CCTV cameras, the mere fact of having an object that looks like a camera can be a deterrent for those who believe in the camera’s power, this turns the fake camera into a sort of protection charm. When doing the research for this course I found it interesting that photography was actually in the service of the occult through the work of mediums like William H. Mumler who claimed that the camera could capture events that are invisible to us, a similar claim is made by surveillance advocates.

I think it’s important to point out the similarities between the occult and certain forms of infrastructure because as much as it may seem that everything works by magic the functioning of a city requires real, tangible components that are complex and mostly hidden. Rather than believing in them and their efficiency I think it’s important to go out and question how much our of lives rely on infrastructure, to what extent its existence benefits us and what politics (if any) it embodies.

In the context of architectural education the brief intended to sensitise students towards the unseen aspects of architecture and how they are designed to deeply drive people’s lives without most of us realizing. 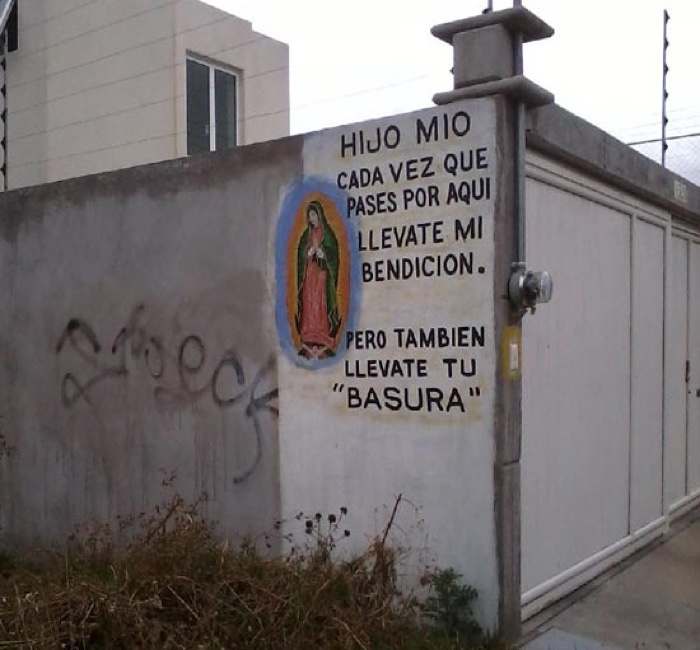 “My son, every time you walk by take my blessing with you. But take your rubbish too”

That course took place in London. Have you found that these occult infrastructures function and manifest themselves differently in Mexico City where you are working now? Or are they roughly responding to the same dynamics and logic wherever we are in the world?

Yes, I see two main differences. The first one is that Mexican culture is far more superstitious and religious so there are real examples of this being used as a form of infrastructure. A personal favourite is that people will paint a Madonna on their house walls to keep others from dumping rubbish, these paintings inspire so much respect that they become clean and safe islands within the city.

I also feel that in Mexico people have less faith in government owned infrastructure, this dissolves the similarities with the occult a little bit as people will question the efficacy of anything the government does much more seriously. I think that Mexico City’s youtube channel is an effort in evangelising people in the power of surveillance infrastructure to try and construct this sort of faith. 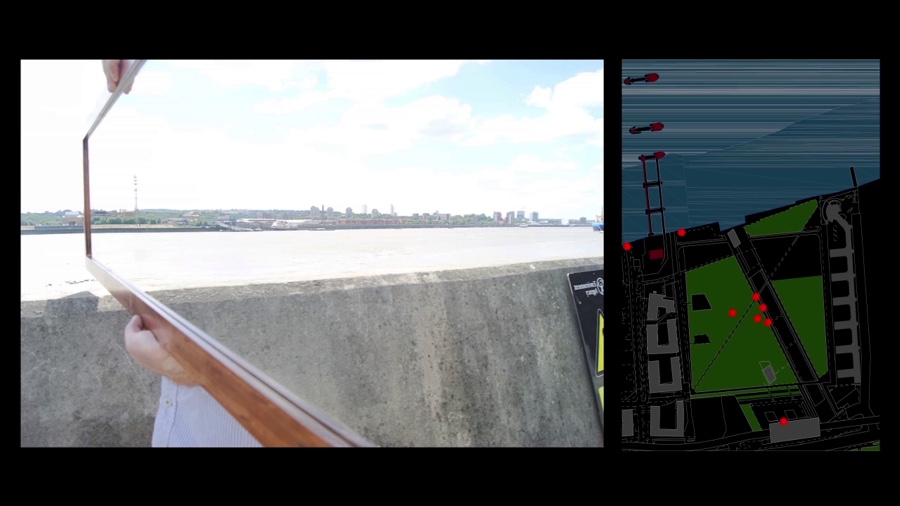 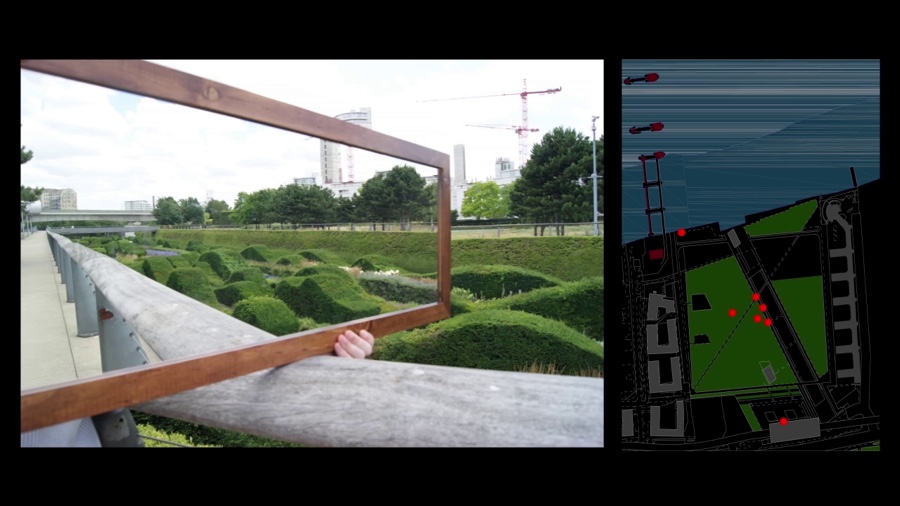 Could you tell us about some of the concepts and artefacts that the students in the course created to articulate their understanding of infrastructure and the paranormal?

One of the projects that came out (made by Irena Stoeva and Richard Abbot) was the design for an illusion that made the Themes Barrier disappear. The students felt that the barrier protected London from a real danger in a way that is completely invisible to most Londoners. The aim of their project was to create both the spectacle of disappearing a large object and to inspire a panicked reaction when a substantial part of the city’s safety simply disappears leaving London exposed to rising water levles.

Another interesting idea (by Christopher Taylor and Vincent Phoen) looked at time as a form of infrastructure that is also built on collective belief and agreement. They argued that if we don’t all believe in the current time (e.g. 3pm) then standardised time collapses. Their outcome was to create a pendulum clock whose definition of a second depended on the amount of people around it at a given moment, creating a form of relativity that relied on human routine and the liveliness of a location. On a busy street time would pass much faster than in service streets or closed gardens. This relativity caused the clock to either speed up ahead or slow down so that it never matched standardised time, the clock never showed the”right” time and thus trust in its readings began to fade reinforcing the idea that time is a matter of belief.

Other works by Diego Trujillo: Self-combusting communication for the Wikileaks era and The 300 Year Time Bomb.