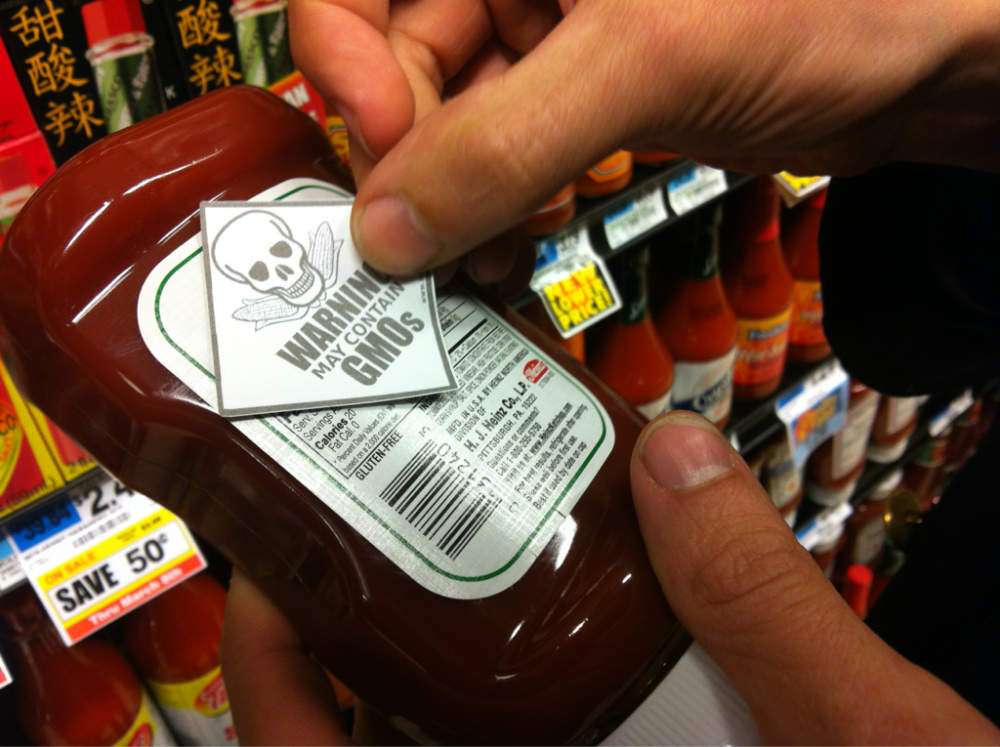 I’ve just started working on a new talk i’ll be giving in the coming days at the Art Activism Easter School. The theme is the dissemination of artistic/activist practices. During my research, i discovered a brilliant resource for DIY projects of protest and creative dissent. It’s called Destructables and it was started by one of my heroes: Packard Jennings. He of the Anarchist Action Figure and outrageous Business Reply pamphlets.

Destructables is a website packed with recipes for protest, subversion, hijacking and disruption. The target are superstores, banks, police, corporate villains, etc. Some of these DIY instructions might come in handy nowadays. They go from The Center for Tactical Magic‘s guide to hold up a bank to Jennings’ Chemical Bananas sticker that denounce the use of carcinogenic pesticides by banana companies, to a guide to stealing from your employer (if your employer happens to be a bank), to a booklet in which the Billboard Liberation Front (BLF) shows you how to ‘improve’ billboards, to Lucas Murgida‘s tutorial of how to drill open a standard door lock, to Copwatch‘s downloadable pamphlets to discourage/attempt to stop police brutality and harassment.’ And lots more. 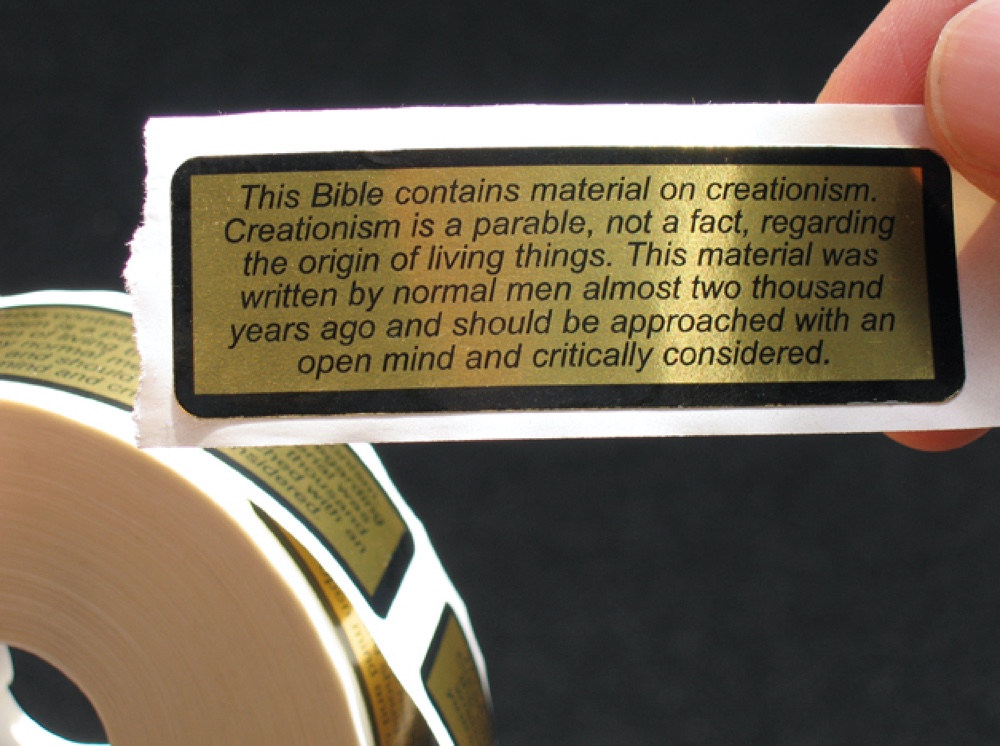 My favourite DIY are the Bible Stickers that you can download and give to your friends with the instruction to stick them to the inside jacket of the Bible you will find in your hotel room. The sticker reads: “This Bible contains material on creationism. Creationism is a parable, not a fact, regarding the origin of living things. This material was written by normal men almost two thousand years ago and should be approached with an open mind and critically considered.” 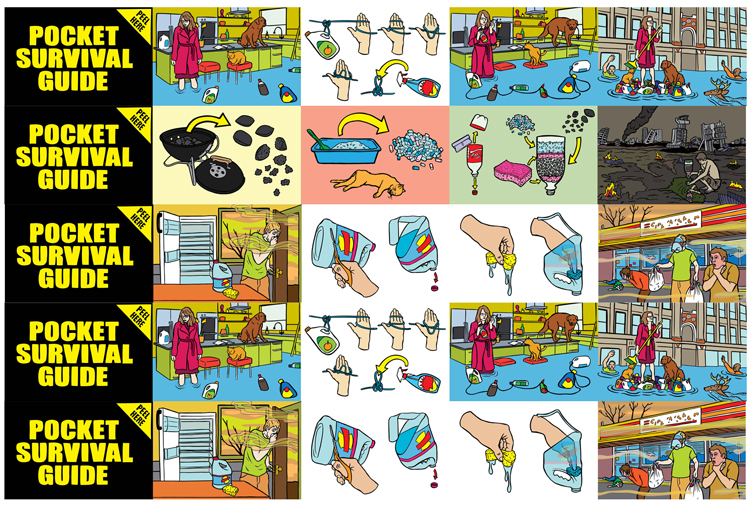 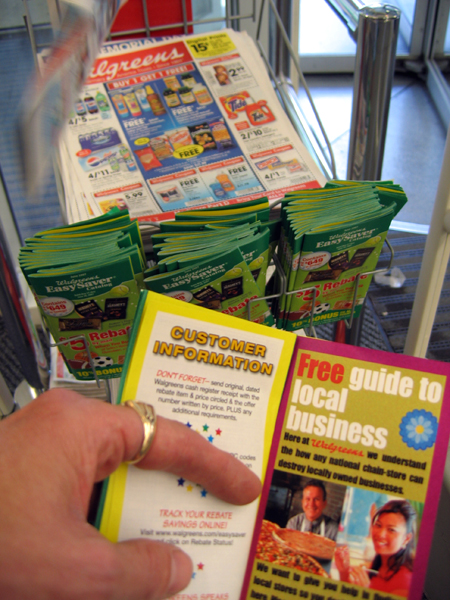 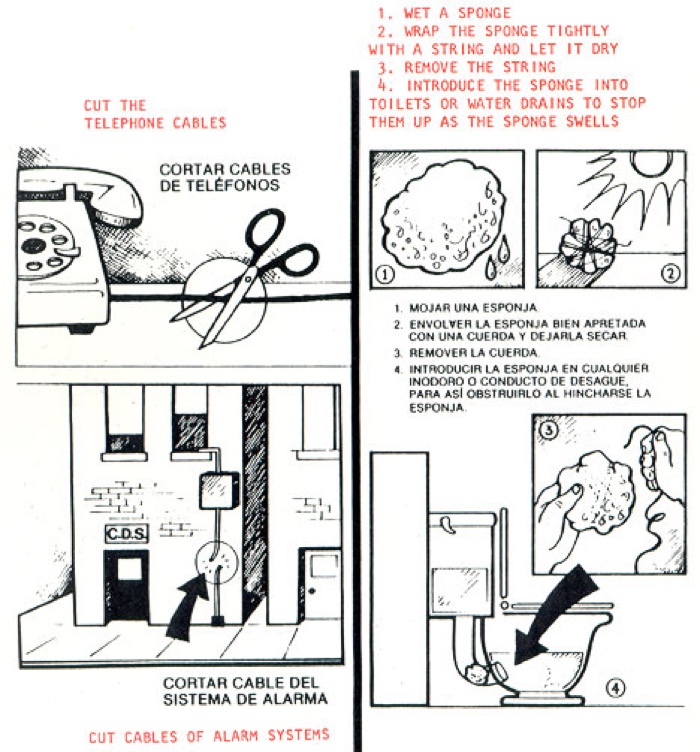 Destructables also features historical documents such as a US military instructional booklet to explain how to load and drop a propaganda bomb (World War II), an ‘How to Surrender’ US propaganda leaflet (Gulf War, 1991), The Freedom Fighter’s Manual dropped by the CIA over Nicaragua in 1983 to invite citizens to cause civil disorder, an Egyptian Guide to Revolution (with translation) designed to arm Egyptian protestors with practical advice (1991), the PDF of the Demonstrations chapter from Abbie Hoffman‘s 1971 Steal This Book, etc.