Nonhuman Photography, by Joanna Zylinska, a writer, lecturer, artist, curator and Professor of New Media and Communications at Goldsmiths, University of London. 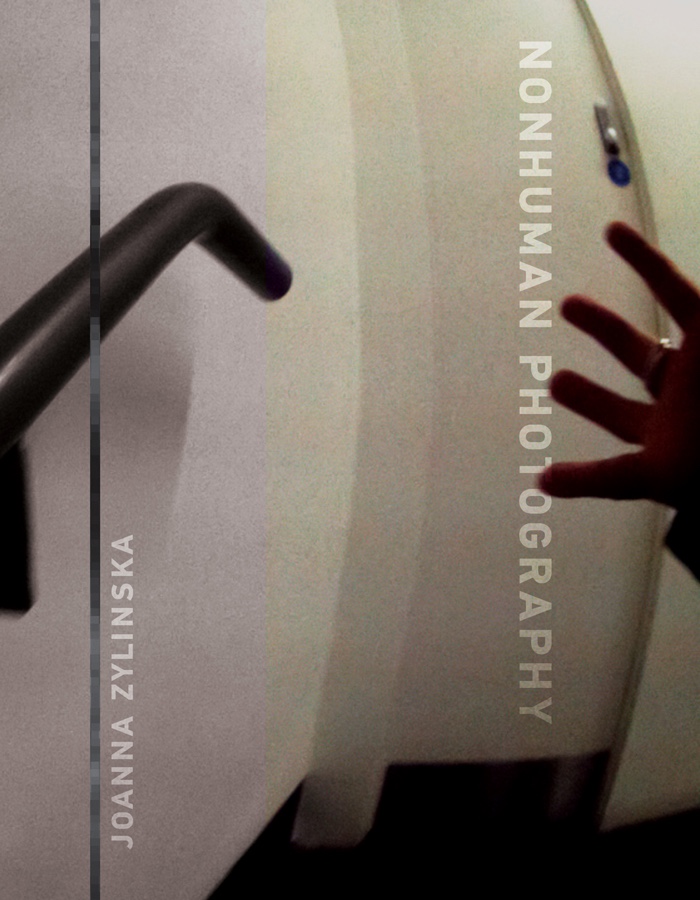 Publisher MIT Press writes: Today, in the age of CCTV, drones, medical body scans, and satellite images, photography is increasingly decoupled from human agency and human vision. In Nonhuman Photography, Joanna Zylinska offers a new philosophy of photography, going beyond the human-centric view to consider imaging practices from which the human is absent. Zylinska argues further that even those images produced by humans, whether artists or amateurs, entail a nonhuman, mechanical element—that is, they involve the execution of technical and cultural algorithms that shape our image-making devices as well as our viewing practices. At the same time, she notes, photography is increasingly mobilized to document the precariousness of the human habitat and tasked with helping us imagine a better tomorrow. With its conjoined human-nonhuman agency and vision, Zylinska claims, photography functions as both a form of control and a life-shaping force.

Zylinska explores the potential of photography for developing new modes of seeing and imagining, and presents images from her own photographic project, Active Perceptual Systems. She also examines the challenges posed by digitization to established notions of art, culture, and the media. In connecting biological extinction and technical obsolescence, and discussing the parallels between photography and fossilization, she proposes to understand photography as a light-induced process of fossilization across media and across time scales. 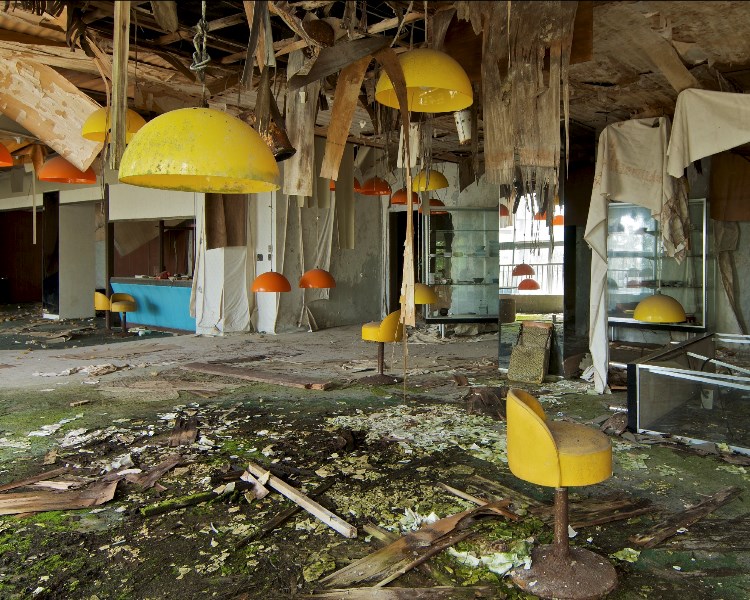 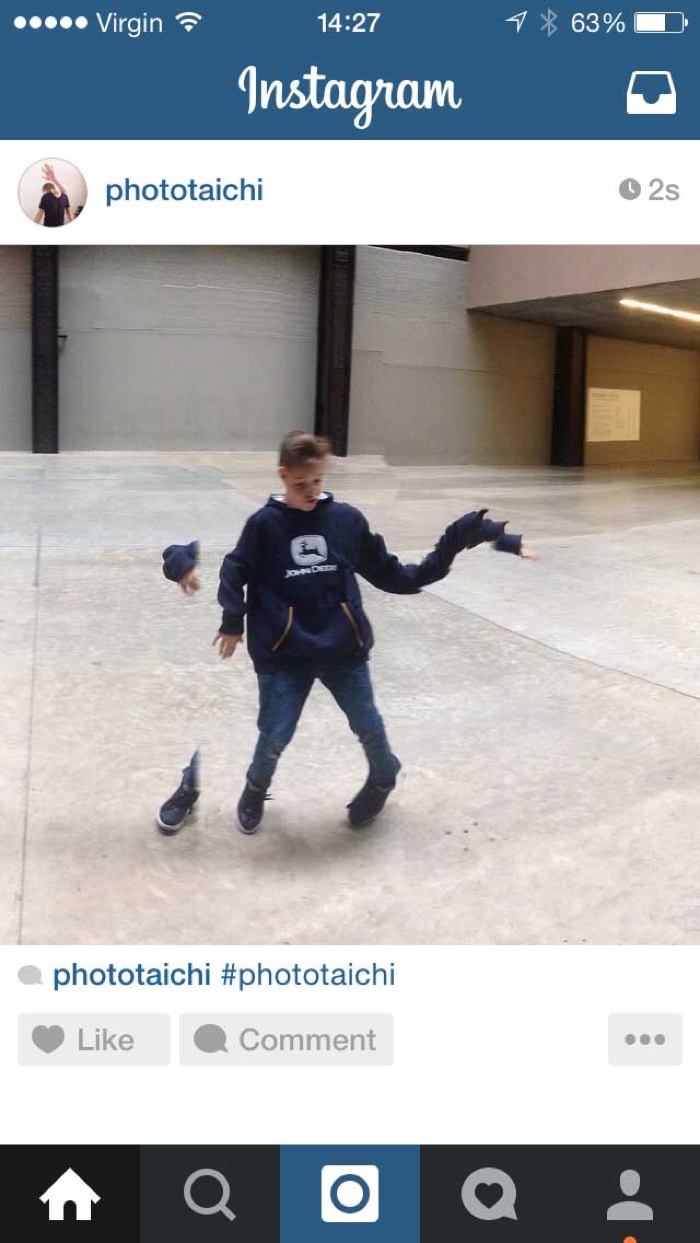 The notion of “nonhuman photography” proposed in the book and its companion website encapsulates three different yet interconnected types of images:

The often uncanny-looking photographs that are devoid of human (vast, depopulated expansive landscapes, for example);

A second type of non human photographs are the ones that have not been made by the human: images produced by traffic control cameras, microphotography equipment, medical body scans, satellites, night cameras, Google Street View, drones, etc. For the author, this type of nonhuman photography can also be the result of deep-time “impressioning” processes, such as fossilization;

Finally, the term can also define the photographs that are not for the human and that escape our understanging. Mosty QR codes and other algorithmic modes of machine communication that rely on photographic technology. 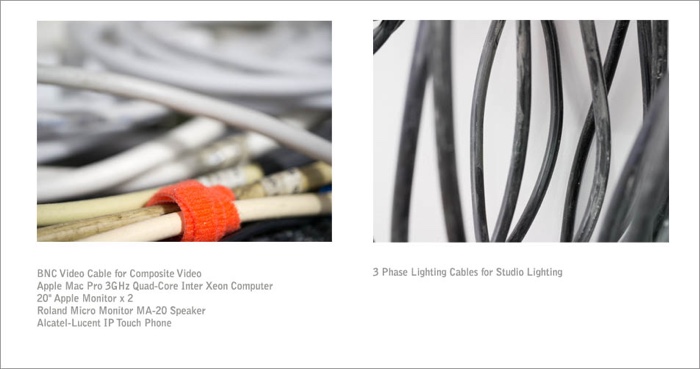 Author Joanna Zylinska combines media studies with philosophy, cultural theory and other humanistic disciplines to make us consider the role that the proliferation of images, and especially images detached from human agency and vision, can play in the age of the Anthropocene. For her, photography can do more than visually represent this new, daunting geological epoch. It can also make us look beyond the anxieties brought about by the possibility of the end of world as we know it and produce new ways of seeing that are more ethical, more responsible and less anthropocentric than the ones we are familiar with. 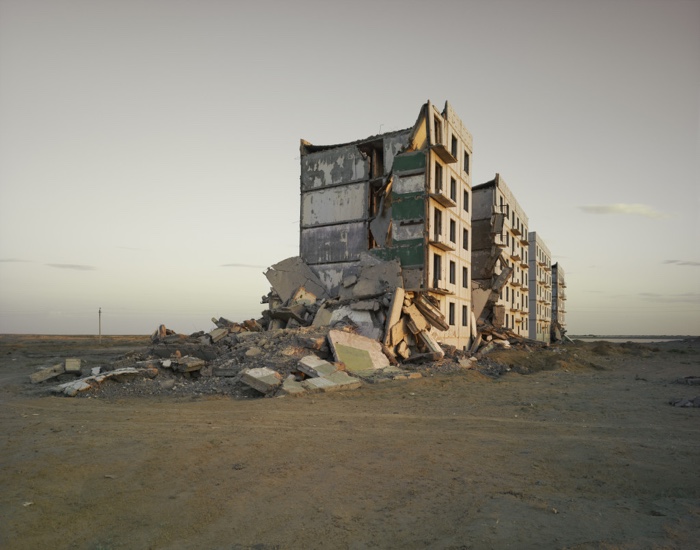 There are many reasons why i’d like to recommend this book to you: its limpid style, its perspectives on a media that has become so ubiquitous many have stopped taking it seriously, the portrayal of the mutual intertwining between organic and machinic agents in the production of vision, the parallels the author makes between biological extinction and technical obsolescence, etc. What made the book particularly engrossing is its anchoring in technology, cultural studies and art. Zylinska demonstrates her deep understanding of these different viewpoints when she uses photographic works to illustrate and comment on each of her arguments. I’ll close this overview of Nonhuman Photography with some of these artworks: 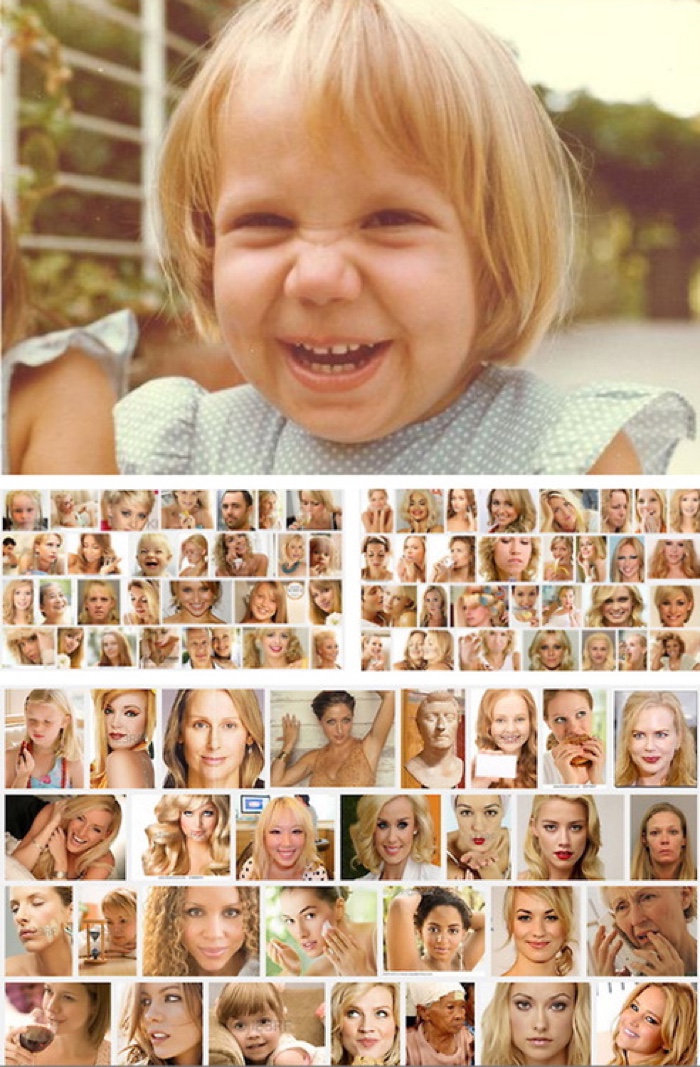 Erica Scourti put some of her family photos through the ‘search by image’ function of google. The result is a collection of images of and taken by strangers. By creating multiple mirror versions of her own life, the artist invites us to reassess our perception of what counts as human uniqueness. 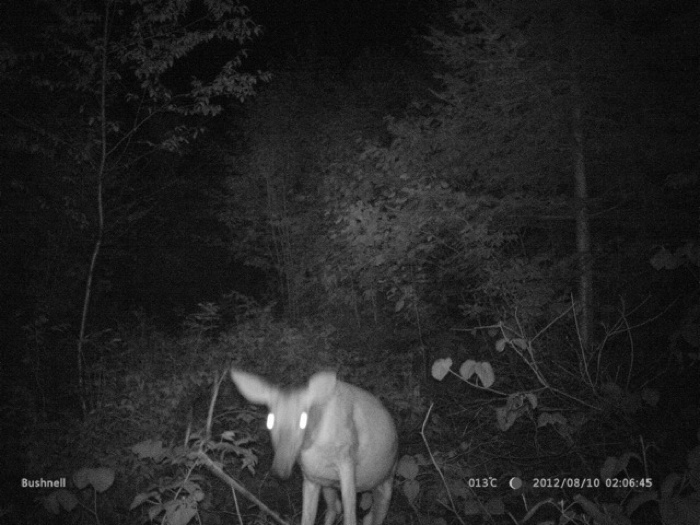 For the Encounters series, Véronique Ducharme used a hunting camera which detects movement and heat to trigger the exposure. The animals portrayed exist beyond human control. Their ghostly images could come from a world devoid of any human. 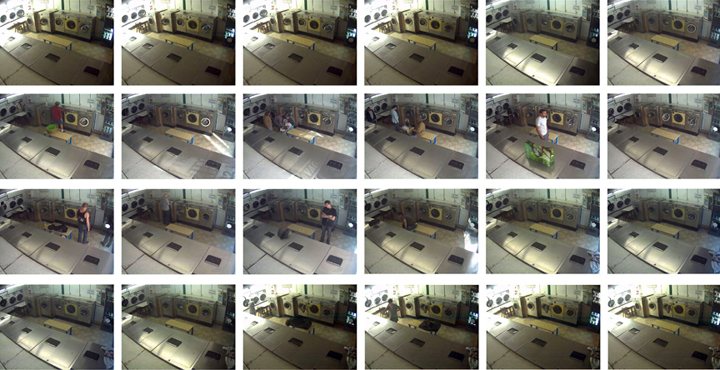 A series of images taken over a 24-hour period at the top of each hour through cctv cameras that can be accessed online.