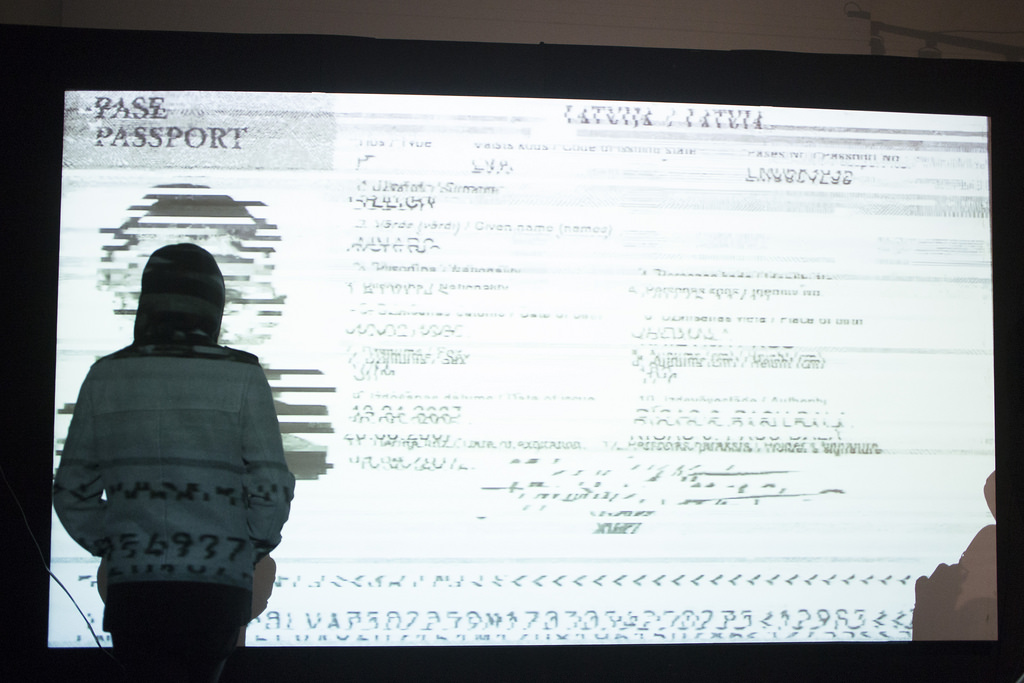 Everyone knows about cybercrime and how owning networked computers and mobile devices makes you a potential victim of bank fraud, identity theft, extortion, theft of confidential information, etc. Data stored on your computer is never safe and its ghosts can come back and haunt you long after you’ve discarded your electronic device, long after even you’ve erased the data it contained.

Unless you take every possible step to make sure that your device is being recycled responsibly and data is erased thoroughly from the hard-drive, your credit card numbers, the classified information of the company you worked for or the records of online transactions you had forgotten about can end up being sold on black markets or used for identity theft, blackmail and credit card fraud.

Artist Peters Riekstins has been investigating data security over the past few years. From the way people trade privacy for convenience, sharing their private data on various platforms, to the way they neglect to properly wipe out the sensitive data they release in the wild when they discard their computers.

To illustrate this never-ending life of data after computer death, Riekstins first looked for ways to obtain and use private data legally. He found it in pawnshops where he bought discarded hard drives for 20 to 40 euros. “The content on most of the hard-drives have been deleted by the original owner,” he said. “Unfortunately, not everyone is aware that it’s pretty difficult to delete data permanently. When you simply delete a file on your computer, it only records this space as empty and available. Physical data are still on the hard drive until the computer itself transcribes new information over the free space.” 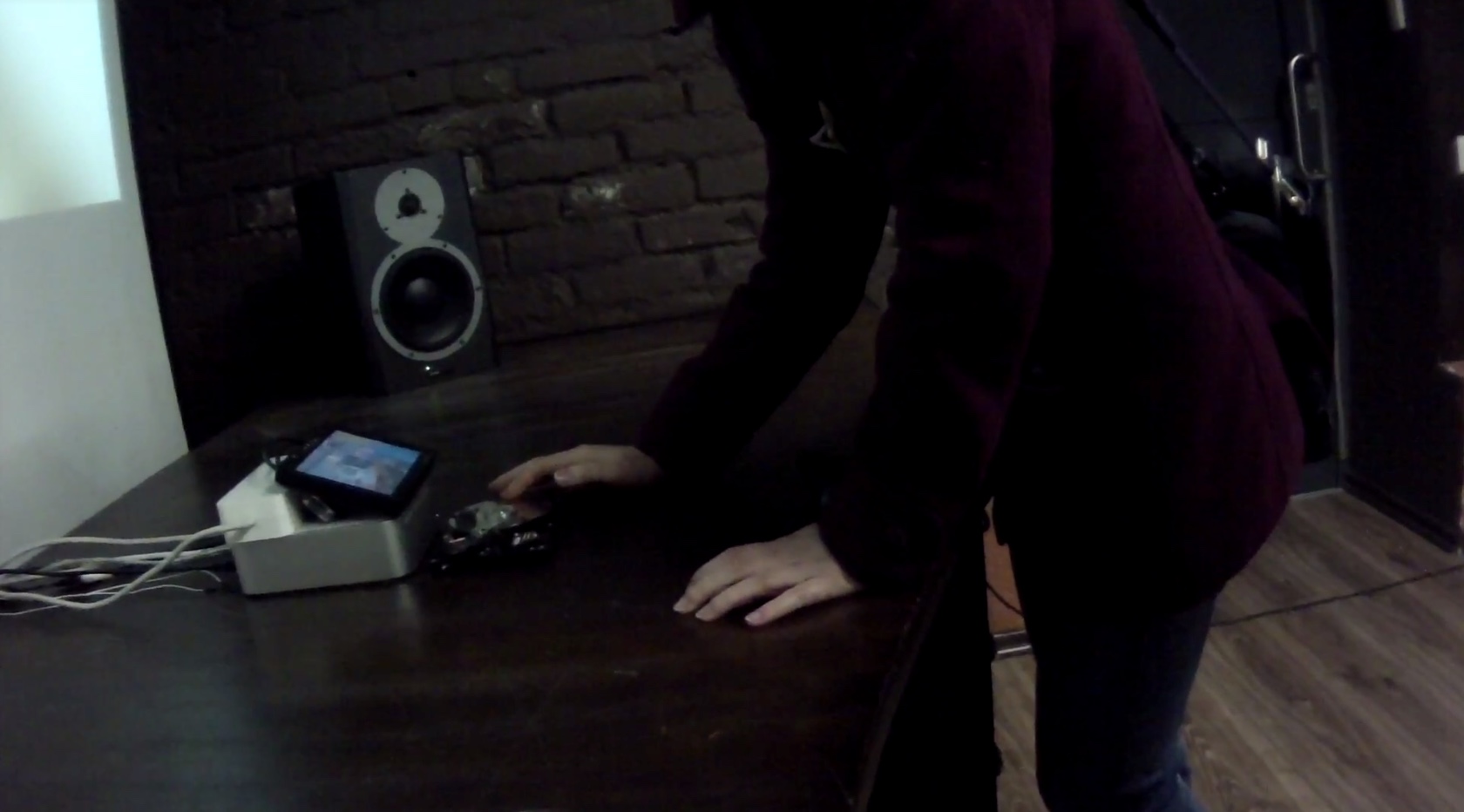 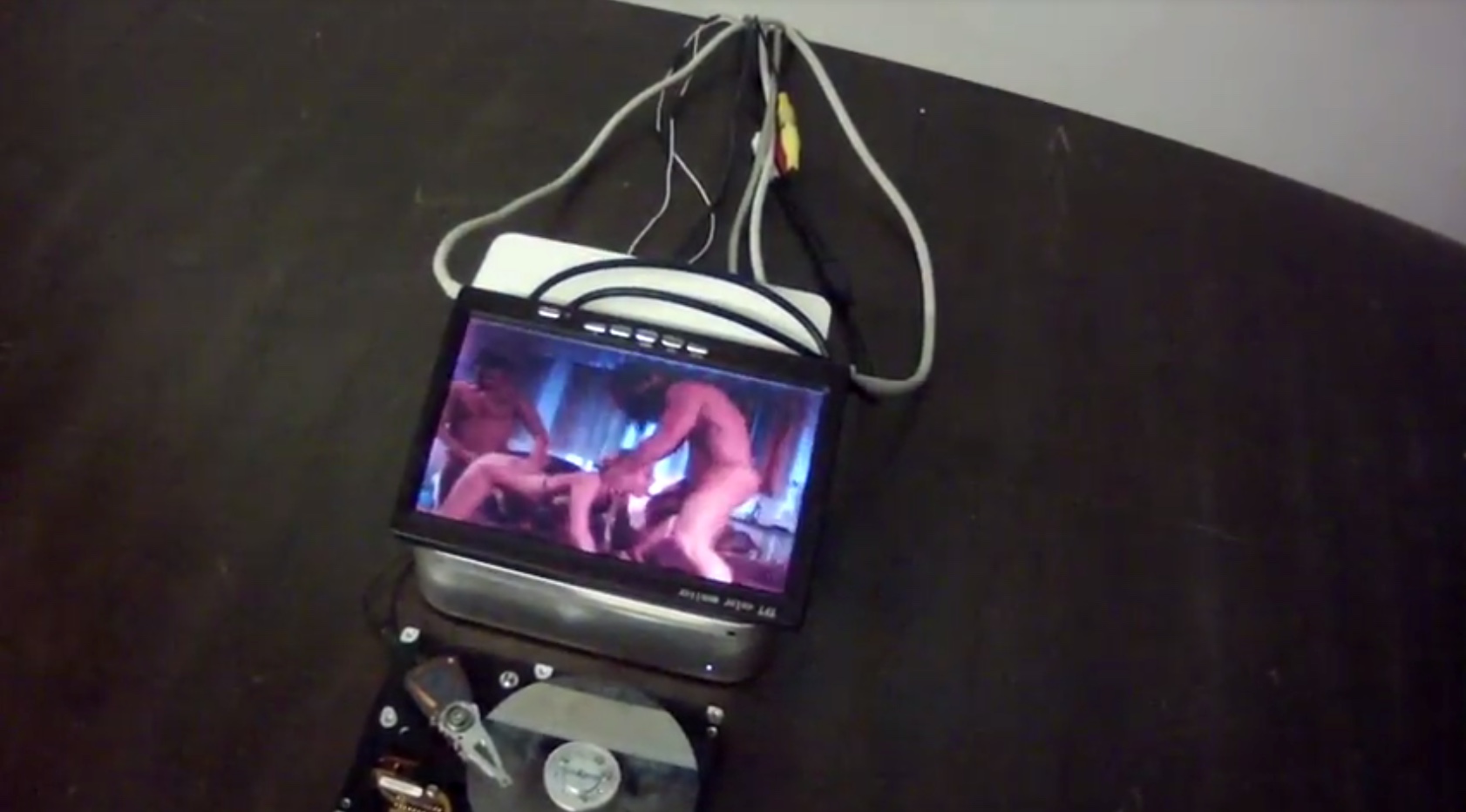 “It’s actually not hard at all to get data from hard drives,” the artist continued. “Unless you want to get something specific, as you would do if you lost something. There are ways to get everything that is stored in magnetic disks, it takes skills, but for now i have plenty information to work with.”

Another work using found material was Ghost Call, an 8-hour video performance on YouTube. People could call in and summon an image from a hard drive. Just like you would summon a ghost. The images floated on the screen for a few moments and then they disintegrated back to the mysterious place they came from. The soundtrack of the work used music retrieved from hard drives but modified with granular synthesis. 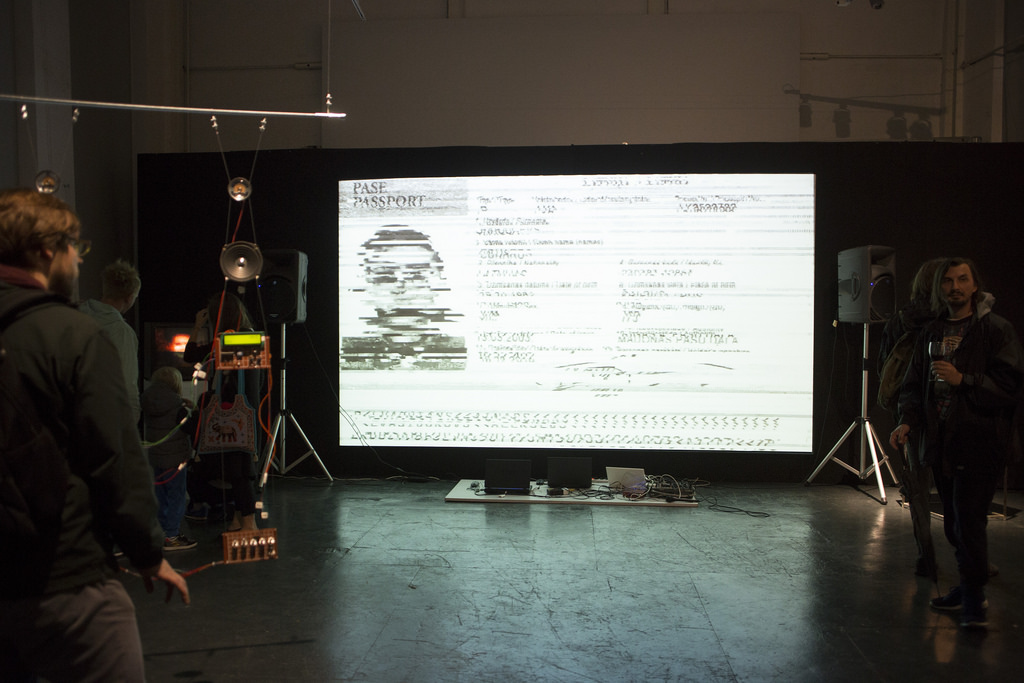 The latest series Riekstņš worked on is called “Back to the Light.” The project consists in ‘reawakening’ pixels that have been quietly sleeping on hard drives, forgotten by all including their original owners. The artist brought them back to light not exactly as they had been saved (which would be ethically questionable) but artistically modified. The images, videos and sound material has been processed by programs developed by the artist in order to create a certain artistic esthetics. The work also aims to convey the message that the data could have been used in a very different way had it ended in evil hands.

All the artwork were made using the images that the artist has found in just one disk. It contained many many things. Such as hundreds of copies of passports. Riekstins remixed them so that visually they look like one passport. Video of the work by Raitis Šmits. 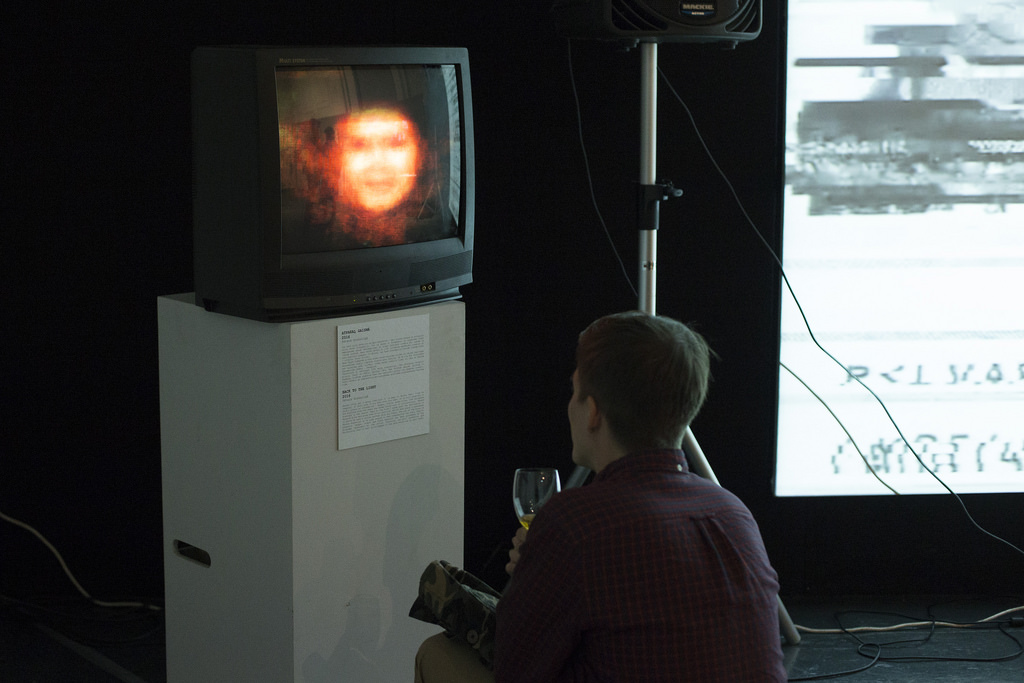 In a second artwork he mixed together the faces of 1059 people who’ve never met in real life, but who get the opportunity of a kind of post-mortem encounter through Riekstņš’ work. All of the pictures are shown simultaneously so that it results in a forever changing face, one that looks both familiar and strangely alien. Video of the work by Raitis Šmits.

By restoring deleted files and using them in art practice, Riekstiņš hopes to stimulate people to feel responsible for their digital property. Now and after they’ve discarded it. “I want people to understand that it is important to take care of their data security,” he concludes. “If you really want to delete data from your hard drive, the hardware has to be physically destroyed (destroying only the monitor is not enough, unlike what Hollywood would like you to believe.)”

The project has partly been implemented with the financial support of State Culture Capital Foundation (SCCF) and the practical support of Liepaja University Art Research Laboratory (MPLab).

Back to the Light was recently part of the RAM (Random Access Memories) exhibition at the RIXC Gallery in Riga. RAM showcased the work of Trihars (aka Rihards Vitols, Peters Riekstins and Kristaps Biters), an artist collective interested in the interconnections between computer and environment. The show closed on 4 September 2016.
Also part of the same show: The Woodpecker: Could fake birds save our forests?