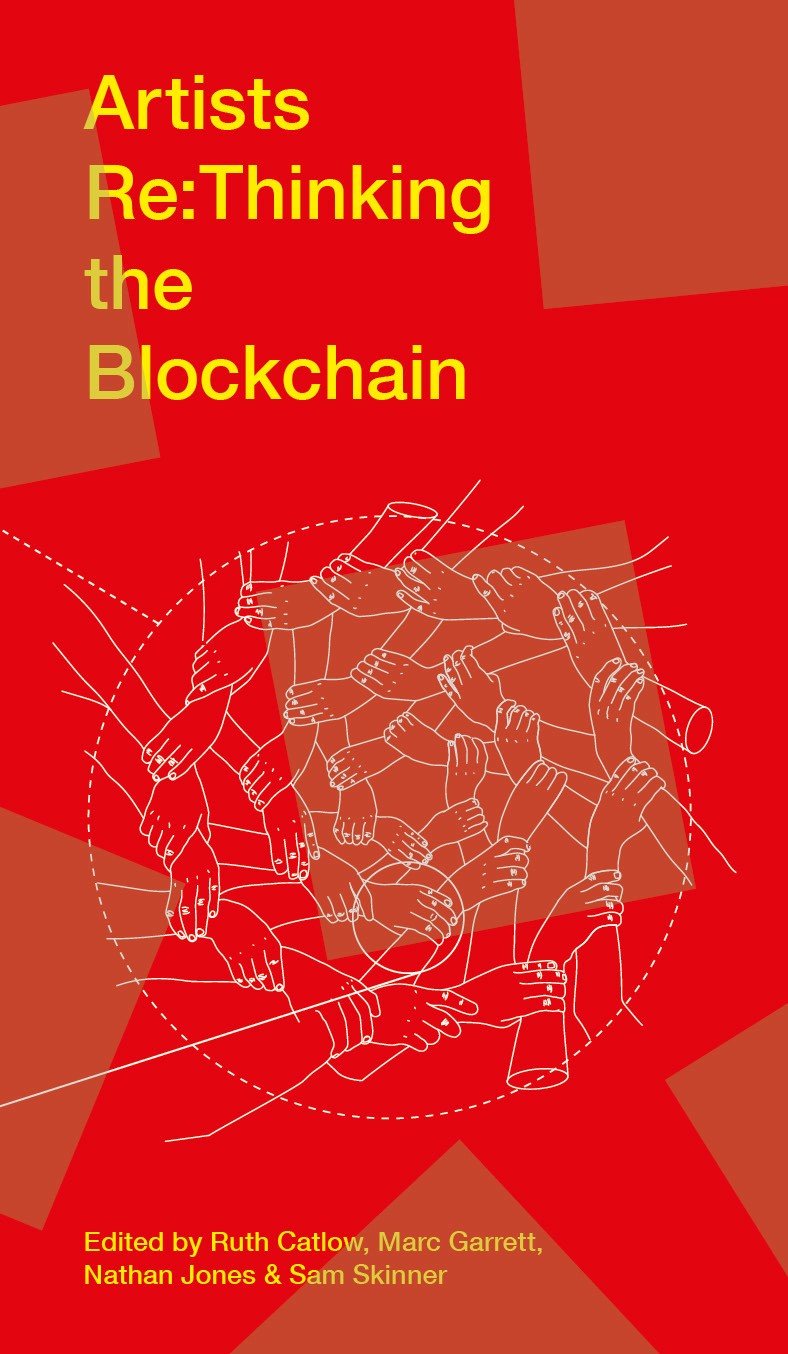 Publisher Liverpool University Press writes: The blockchain is widely heralded as the new internet – another dimension in an ever-faster, ever-more-powerful interlocking of ideas, actions and values. Principally the blockchain is a ledger distributed across a large array of machines that enables digital ownership and exchange without a central administering body. Within the arts it has profound implications as both a means of organising and distributing material, and as a new subject and medium for artistic exploration. This landmark publication brings together a diverse array of artists and researchers engaged with the blockchain, unpacking, critiquing and marking the arrival of it on the cultural landscape for a broad readership across the arts and humanities.

Pete Gomez, The Blockchain: Change Everything Forever, 2016. A Furtherfield film, in collaboration with Digital Catapult

Blockchain! The word i tried my very best to ignore for as long as i could. Its mechanisms, implementations and logic sounded all too specialised, abstract and abstruse to me.

It’s only about a year ago and with the release of Pete Gomez‘s film The Blockchain: Change Everything Forever (a great crash-course in blockchain’s potentials and ideology) that i realized two things: 1. you don’t need a degree in engineering to understand the basics of the blockchain and 2. the potential of the blockchain should be made more visible and debated more openly in society.

A few months later, Furtherfield featured the film in its New World Order exhibition. I didn’t get a chance to visit the show but a look at the programme online suggested that art is an efficient medium when it comes to illustrating, demythifying, debating and subverting the blockchain and its many promises. Besides, as Nathan Jones & Sam Skinner explained in their preface to the book:

Artists Re:Thinking the Blockchain follows on the footsteps of Furtherfield‘s pioneering exhibition but although it explores what arts can bring to the evolution of the blockchain and vice versa, the book also extends beyond the artistic and dissects the topic from every humanist angle.

The texts written by artists, researchers, writers, curators and designers range from essays to discussion of art projects to works of fiction. A quick and incomplete list of the chapters i enjoyed the most should give you a taste of what’s inside the book:

Unsurprisingly, my favourite chapters presented artworks based on blockchain technology. I’ve been particularly impressed with terra0 and Bittercoin: 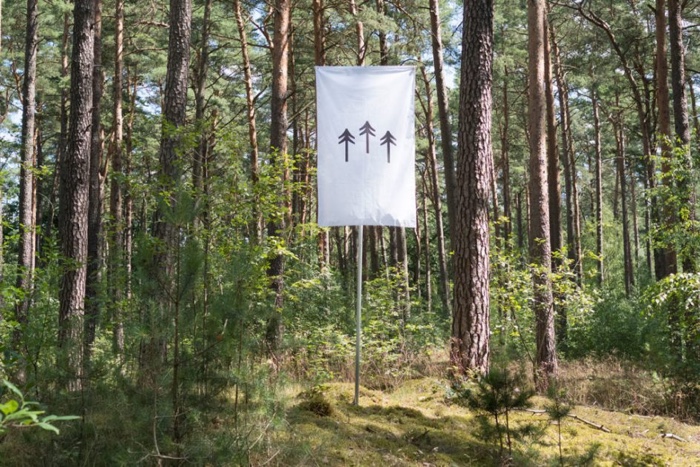 Terra0 is a self-owning augmented forest, a prototype that aims to sell licenses to log its own trees through automated processes, smart contracts, and blockchain technology. With this system the forest is in the position to accumulates capital, buy more ground and therefore expand. 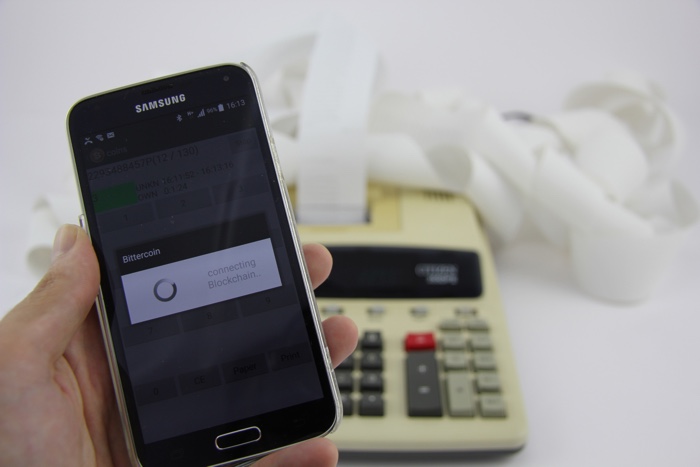 Bittercoin‘s ambition is to be “the worst miner ever”. This fully functional miner connects to the blockchain but works so slowly that it extends the time needed to produce bitcoins to almost an eternity. Paper accumulates around the machine making visible the amount of calculation required as well as the natural resources wasted in the process.

In the “documentation” section, the unexpected hit for me was Pablo Velasco‘s report of a role-playing workshop he organised during the MoneyLab #3 Failing Better conference in 2016. Each workshop participant was assigned a “cat-invested persona”. Their mission was then to network their way into a profitable enterprise for themselves, the cat community, and the hosting institution. If that sounds absurd it is because it is indeed totally absurd but the results of the experiment also demonstrated the power of fiction when it comes to grappling with the subtleties of ethics, finance and politics.

I also enjoyed Ben Vickers and Ruth Catlow’s Your DAO work booklet which offers a step-by-step guide to develop Decentralized Autonomous Organizations and bring humans, animals, data and organisations “closer together through code.” The templates they break down come with names as evocative as Benevolent Dictator Contract, Bonus Contract or Self-Destruction Contracts. 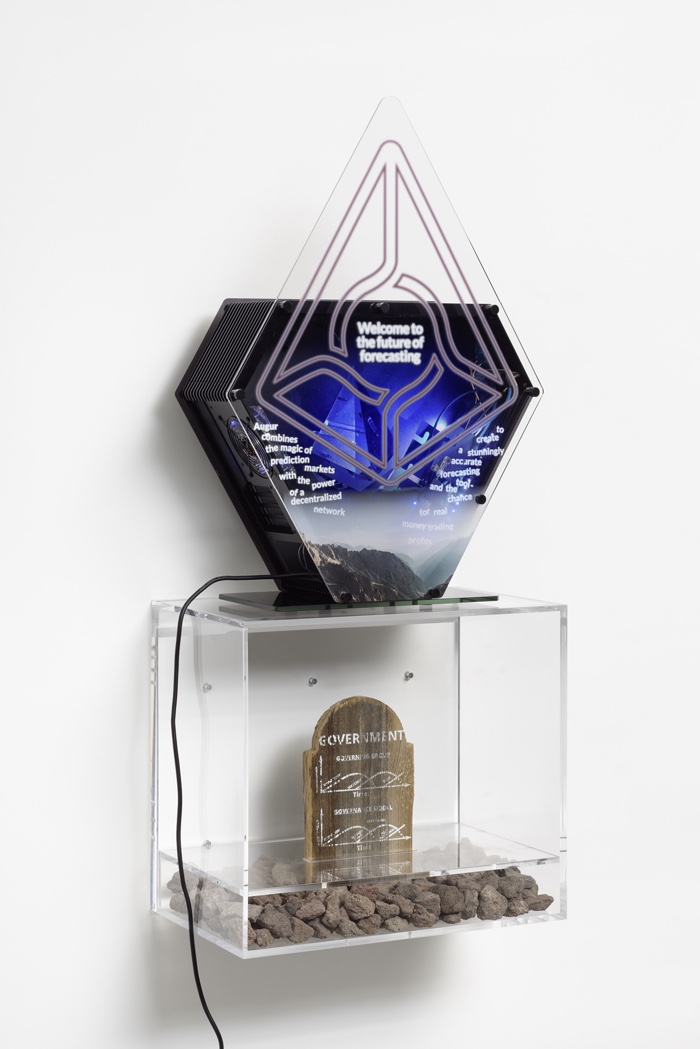 Max Dovey‘s essay Love on the Block uses the example of Bitcoin marriages to illustrate a growing desire to apply encryption, cryptography and the Blockchain database to contractual agreements. The practice also suggests a greater trust in (and devotion to) blockchain technology than in conventional religious and civic infrastructures.

I also found that Rachel O’Dwyer‘s piece on “how blockchains are transforming the economy of cultural goods” illuminated quite eloquently the type of new business models that might benefit artists working with digital technologies. 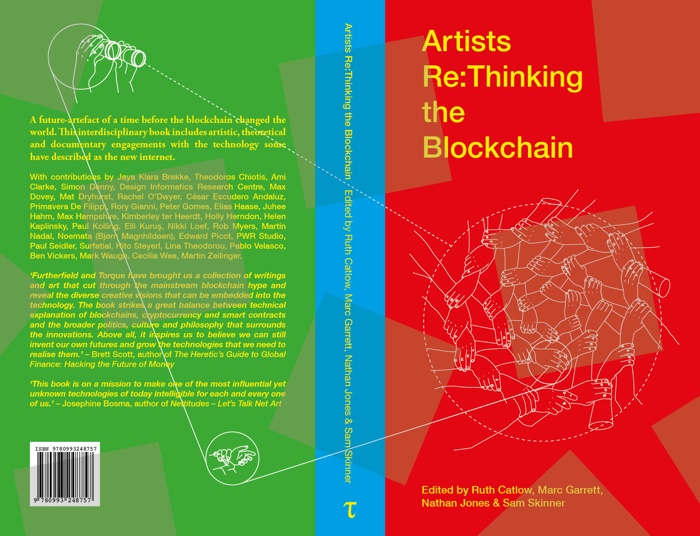 Artists Re:Thinking the Blockchain adroitly balances promises, dilemmas and pitfalls of the blockchain, laying the groundwork for a discussion about the technology and the many ways it might radically change the way we understand, produce and distribute culture.

The book illustrates, often with poetry and vigour, how much has been achieved thus far by blockchain developers, advocates and users. It also makes clear that there is still a lot to invent, debate and overcome and that’s when you realize that Artists Re:Thinking the Blockchain comes with an urgent message: as with the early days of the WWW, we are given the opportunity to develop our own instruments and conditions for cultural production. Let’s not abandon them in the hands of corporations, Silicon Valley start-ups and other actors of neoliberalism!