We might not be as human as it seems. Human cells make up only 43% of the body’s total cell count. The rest are bacteria, viruses, fungi, archaea and other microscopic organisms that colonize both the inside and outside of our bodies and form the human microbiota.

Even though we are not conscious of it, this microbial material affects our mental and physical well-being in ways science has only just started exploring. The microorganisms facilitate digestion, regulate the immune system, protect us against disease and manufacture vitamins. We live in such inter-dependency with our microbiome that some talk about holobionts, making us an assemblage of a host plus the resident microbes that inhabit it. 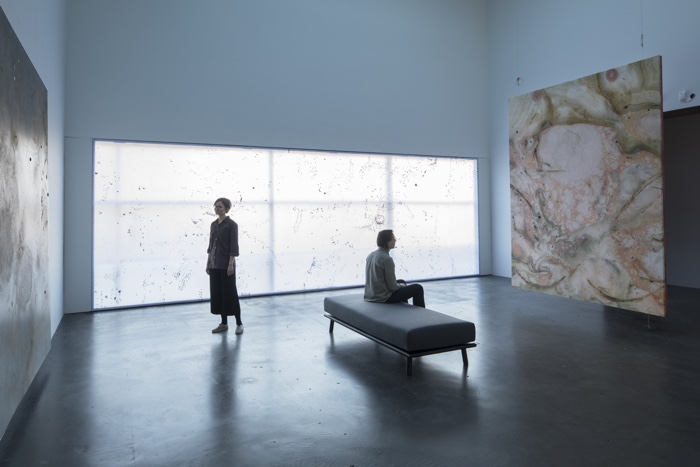 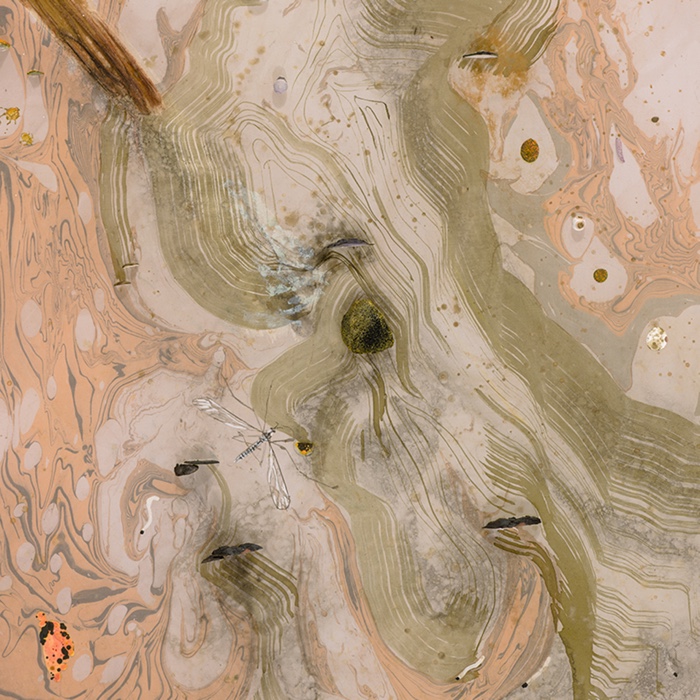 Artist Alma Heikkilä wants us to open up our eyes to a world without which our world wouldn’t exist. It’s not just about the microbiome. She finds these imperceptible worlds everywhere. Where we only see a decaying log of wood, she sees a hot spot for insects and fungi. Where we see dirt and soil under our feet, she senses a vast universe of creatures that communicate and keep the underground and the overground alive. We know we breathe oxygen in, she knows we inhale also other gases, airborne bacteria, fungi as well as all kinds of pollutants.

Heikkilä wants us to become more sensitive to all the micro-organisms we overlook, either because microbiological elements are difficult to experience with our sole human senses or because Western culture has made us too individualist to give much consideration to species other than our own. Beyond these microscopic creatures, her work also touches upon other subjects that lie beyond human sensory perception, not as a result of their tininess but because they out-size us. They are massively distributed in time and space and are what environmental philosopher Timothy Morton calls “hyperobjects“. Global warming is the most famous of these hyperobjects. Just like microorganisms, they exceed our human apprehension but we can’t keep on ignoring the powerful interdependence between them and us. 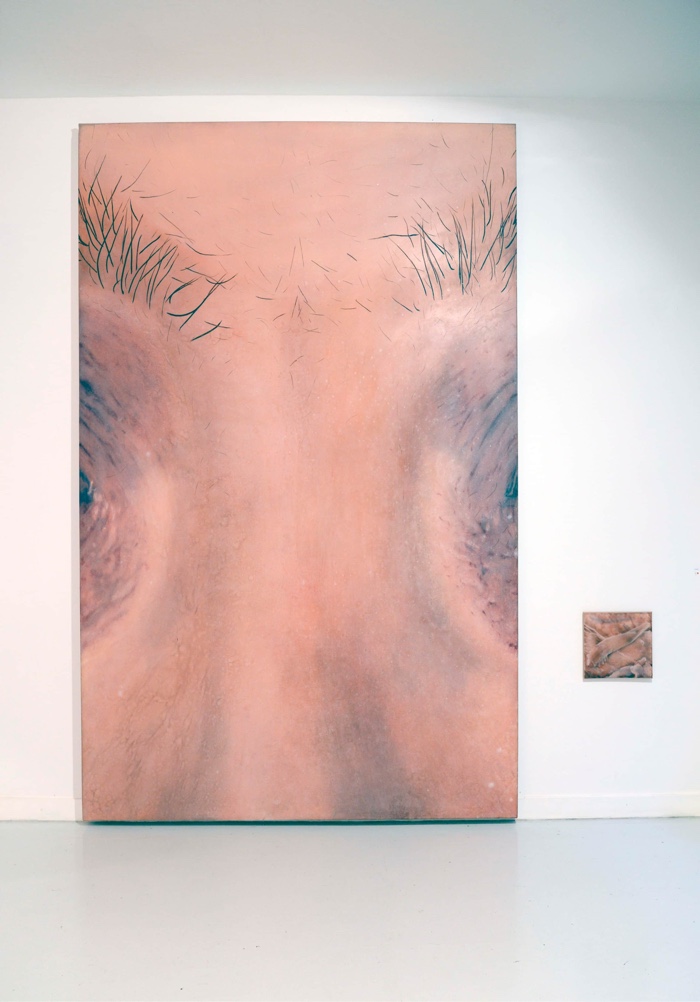 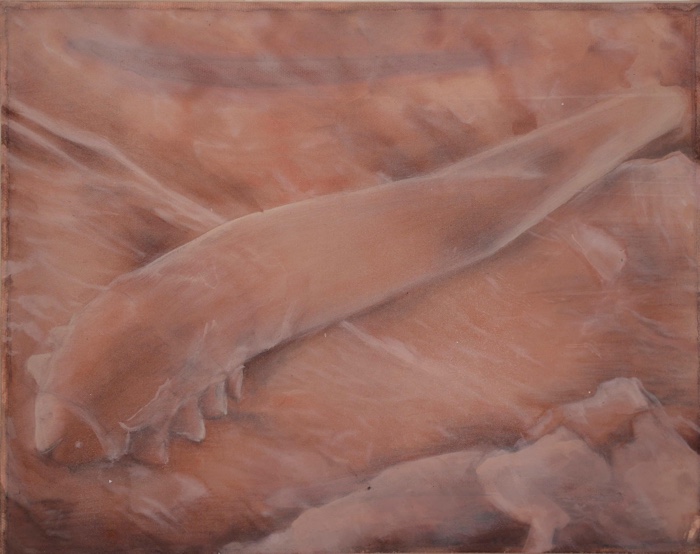 Heikkilä uses painting to address the necessity to acknowledge the importance of nonhuman life and our symbiotic relationship to it. The difference of scale between the ultra-small organisms and the hyperobjects she investigates is reflected in the composition of the paintings. The size of her works is overwhelming and forces you to take a step back but their visual details and material qualities draw you closer.

Her concern for these invisible forms of life is reflected in the critical examination of her own artistic practice. Heikkilä carefully assesses the impact the materials she wants to use might have on ecosystems, for example. She shuns planes and travels with ‘slow’ transportation only. She even bought 11 hectares of forest, not to use as a resource for her own work but to ensure that it continues being a habitat for biodiversity and acts as a carbon sink for any strain her activities has on ecosystems. Directly or indirectly. This might seem charming to many but her efforts put to shame all the artists, curators and reporters who explore the topic of the anthropocene with much gravitas but don’t think twice before taking a taxi or a plane instead of perfectly convenient public transport systems. It’s going to be interesting to see how working processes like hers will influence the way the art world operates.

The artist has just opened a show at Kiasma in Helsinki that defies anthropocentrism and gives visibility to the various processes of multispecies companionship. Each of her painting installation is like a microcosm of entities that coexist, combine and interact.

Another fascinating element of the exhibition is the way it challenges museum conventions. Heikkilä urged curator Satu Oksanen to consider opening up the usually carefully-controlled exhibition space to a natural element: light. Natural light now floods the space, coming from a sky light and a large window. Light is thus another participant to the show. Depending on the time of your visit in Kiasma, your eyes will have to adjust more or less to its intensity (artificial lights will be turned on if it ever gets too dark to experience the exhibition though.) 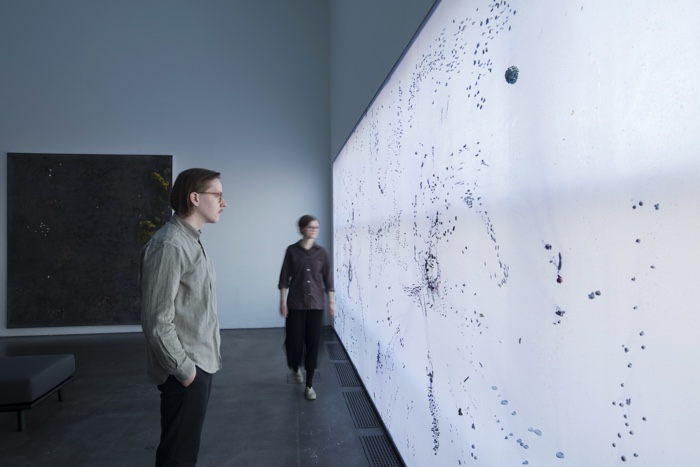 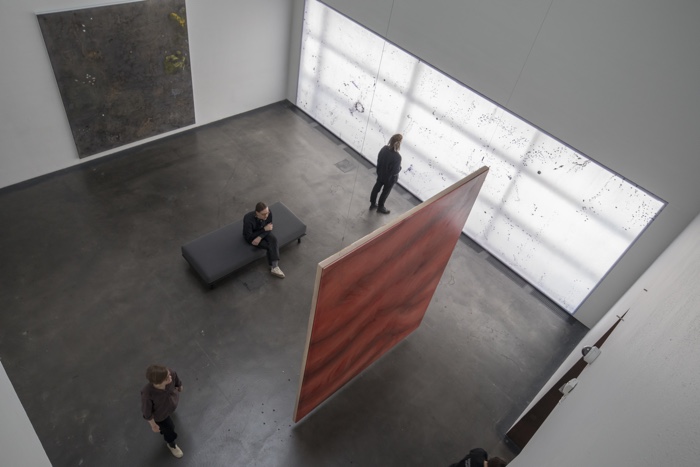 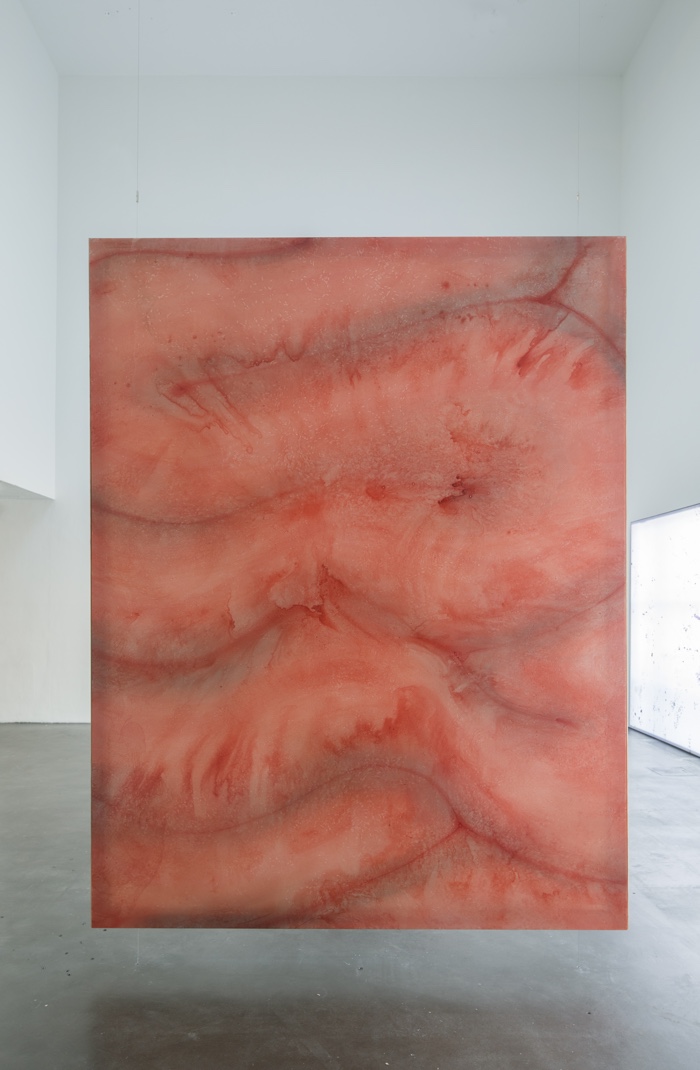 Alma Heikkilä is the second recipient of the Kiasma Commission by Kordelin, a project that aims to provide international exposure for one selected Finnish artist. The project is funded by the Alfred Kordelin Foundation which supports the sciences, literature, the arts and public education in the country with grants and awards. Helsinki-based Maija Luutonen was the first recipient of the Kiasma Commission by Kordelin.

Through this commission, Heikkilä receives the support of the Kiasma staff, has been commissioned new works and has gained visibility but she also got a chance to collaborate with Elina Minn. The dramaturge will invite the public to join workshops that explore cellular consciousness inside Heikkilä’s show at Kiasma. Titled Somanauts – Workshops for experiential anatomy, the one-hour sessions are ‘undoing’ practices that enable participants to focus on experiencing the world inside their body. 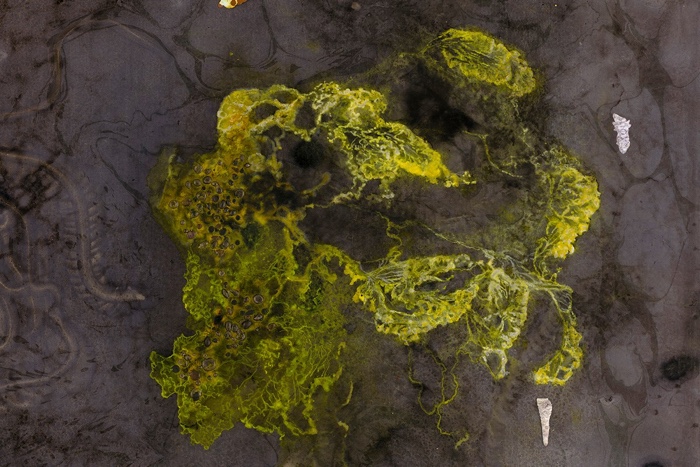 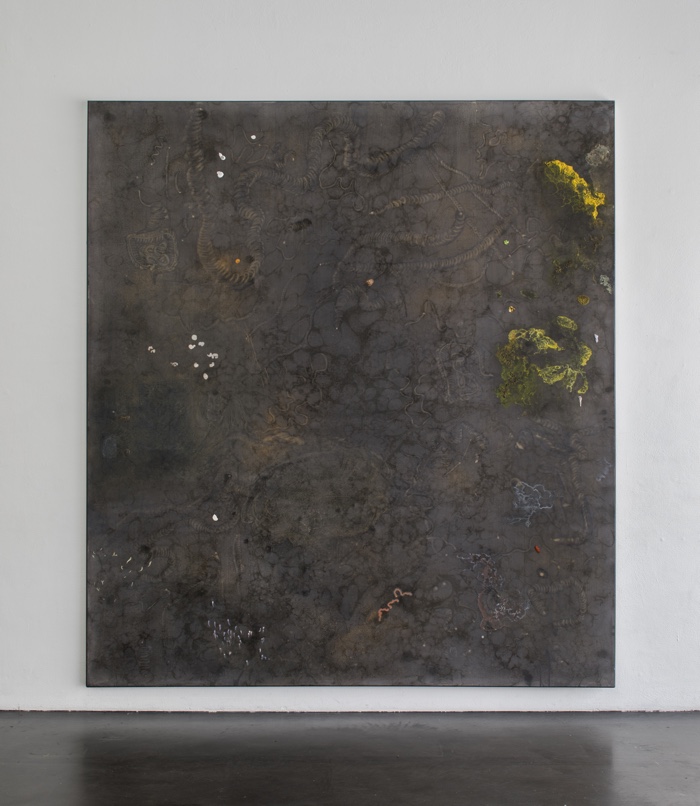 I didn’t know the work of artist and activist Heikkilä before visiting her show in Helsinki. But i did know about Mustarinda, the collective of artists and researchers she co-founded a few years ago. The goal of Mustarinda is to combine scientific knowledge and experiential artistic activity in order to lay out a path towards a post-fossil culture. Check out their residency calls if you’re interested in their work and fancy spending time in an isolated house with a lovely garden at edge of the Paljakka Nature Reserve in Finland.

Alma Heikkilä. Kiasma Commission by Kordelin was curated by Satu Oksanen. The exhibition remains open at Kiasma in Helsinki until 28 July 2019.
Check out this page for information about Somanauts – Workshops for experiential anatomy with Elina Minn. /blockquote>