The other day i received the code to download the photos of the photographers shortlisted for the 2013 Sony World Photography Awards Exhibition. Idle and bored, i opened the files and thought i should share the images. Because that’s the kind of thing you do when you’re an idle and bored blogger but also because the photos are as stunning as ever.

As usual in this kind of international photo competition, there’s a couple of winning shots about Palestine, some portraits of magnificently coiffed people, plenty of violent deaths, prisoners living in dire conditions and almost half of these talented photographers are Italian. I’m very impressed by the Afrometals series, btw.

Most of these images will be exhibited next month at Somerset House in London in April and i’ll take the opportunity to highlight the fact that for the first time in 5 years, i’m actually writing about an exhibition before it has closed.

Here’s a quick selection with texts copied/pasted from the txt file accompanying each images. 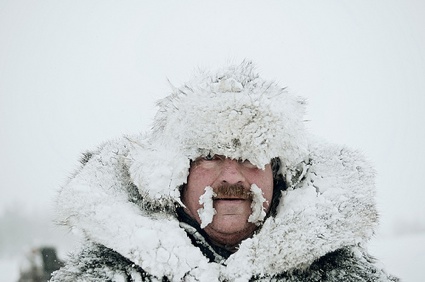 A group of 20-30 men and women with 12 horses and sleighs will travel during three days, crossing snowed roads and iced lakes, to reach to reach the opening day of Røros winter fair in Norway. 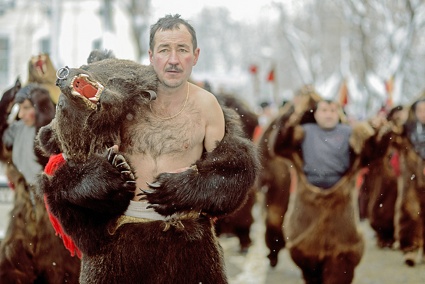 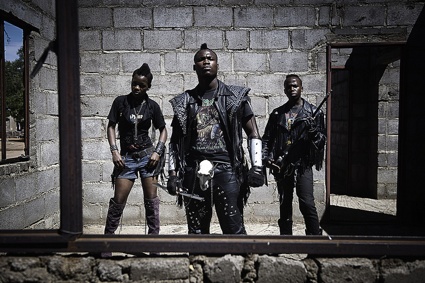 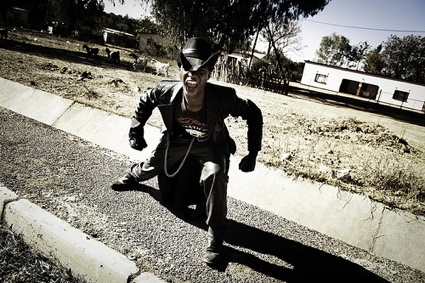 In Botswana metal music has landed in the nineties, but the rock came in the seventies by two Italian brothers, Ivo and Renato Sbrana, born and raised in the heart of Africa. The metal complexes are performing in nightclubs, concerts, festivals. The most famous African rock band is now Skinflint.The ranks of their fans has expanded dramatically. These fans wear jackets and black leather pants, studded belts, boots and cowboy hats. On their t-shirts stand out skulls, obscenities, historical covers of hard-rock groups popular in the seventies and eighties of the last century such as Iron Maiden, Metallica, AC / DC. Basically they created their own style look that is inspired by the classic symbolism metal, but also borrows heavily from the iconography of hands-Western film and the traditional rural world of Botswana (ever-present horns of animals concealed beneath the leather jacket ).

Tamagni is also the author of the equally amazing Gentlemen of Bacongo. 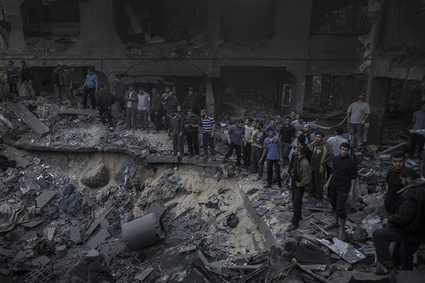 Oliver Weiken, Palestinian morticians prepare the body of a man who died during an Israeli airstrike for his funeral in a morgue in a hospital in the Jabalya refugee camp, north of Gaza City, 21 November 2012. From the series: Israel – Gaza War. Copyright: © Oliver Weiken, Germany, Shortlist, Current Affairs, Professional Competition, 2013 Sony World Photography Awards 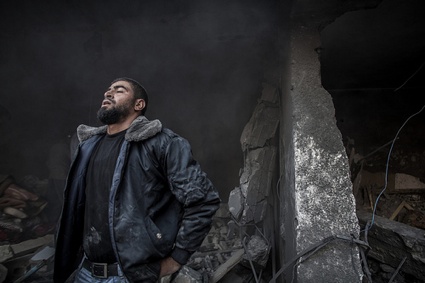 On 14 November 2012 Israeli Defense Forces (IDF) launched a seven day operation in the Hamas controlled Gaza Strip, dubbed ‘Operation Pillar of Defense’. The Palestinian Centre for Human Rights said that 158 Palestinians were killed during the operation, of which: 102 were civilians. 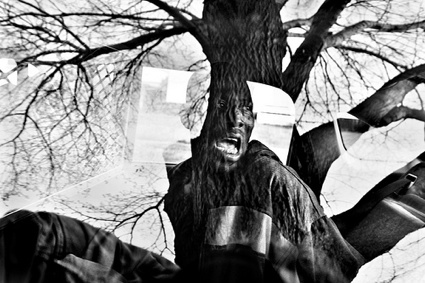 The area of Rochester where these pictures have been taken is part of the so called ‘Crescent’, a moon shaped area that runs across several Rochester neighborhoods and where crime rates are significantly higher than the rest of the city. The Crescent is home to 27 percent of the city’s residents and 80 percent of the city’s homicides. The reasons behind the burst of violence include the lagging upstate economy, a steady migration of residents to the suburbs and a growing number of abandoned houses prone to become centers of drug sales and use. Rochester also has a school system that performs poorly. People inside the Crescent experience those problems in greater concentration. ”It’s an area of great poverty and high consumption rate of drugs which fuels an incredibly high number of homicides,” said the Rochester police chief. Rochester, NY. USA 2012 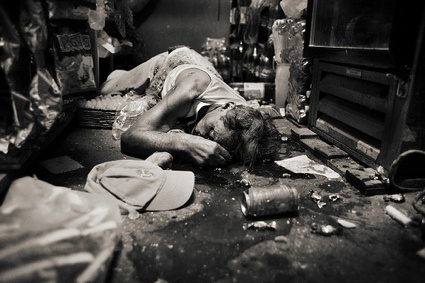 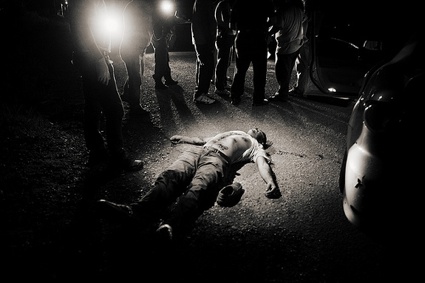 Honduras is considered one of the most violent countries in the world. Every day in the streets of cities like San Pedro Sula or Tegucigalpa capital murder, robbery and violence are increasingly present. Ineffective internal politics of a country as unstable where drug trafficking into the USA is uncontrollable and unsafe neighborhoods of Maras is the closest thing to a daily war. 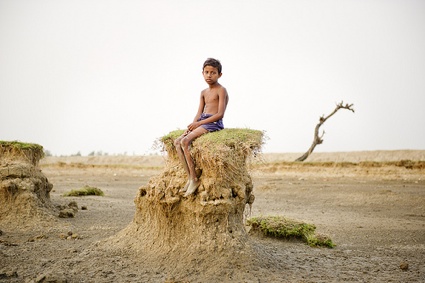 Ghoramara island is located on a delta region in West Bengal. Due to the dramatic increase in sea level, resulting from the effects global warming since the 1960s, the shores of this island are being perpetually washed away. Since the 1980s more than 50% of the territory has vanished due to erosion by the sea. Many of the people still living on the island are farmers and fishermen who depend on the islandís resources for their livelihoods. According to a civil servant I met, in 20-25 years the Indian government could abolish the island and has already formulated a plan to evacuate villagers to another island named Sagar. However, this evacuation plan does not ensure any financial support or compensation for those having to relocate their lives. I situated villagers on the shore and took portraits of them in juxtaposition with the beauty of the vanishing island. There will come a day when these people will have no choice but to move out of their homeland. 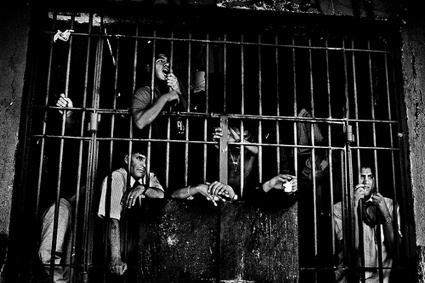 I spent 10 years travelling for South-America jails. A different and complex world in which violence and abuse are part of convicts life. I saw how the convicts try to find a space similar to that one they had outside jails. They try to preserve their dignity. The necessity to recreate their space is the only way to defend them. They hardly try to maintain their habits in a human boundary condition and overcrowding status. Violence and power management inside the jails are direct consequences of these conditions. I went around for 74 male and female jails in Ecuador, Peru, Bolivia, Argentina, Chile, Uruguay, Brazil, Colombia e Venezuela. I got in contact with prisoners and guards, with fear and anger, with hope and diffidence. Some convicts considered me a distraction, others looked at me with envy, others again with contempt because they thought that I was there only for taking pictures to sell of their confined life.

Tuberculosis department of Kherson, August 4, 2011. “I had a great loving family. I was my daddy’s little girl. At 42 years old, my father went for a swim and died. My younger sister was going to college, and we needed money to pay for that. The economy was bad at the time, no one was getting paid. That’s how I got into drugs.” To provide for her family and pay for sister’s education, Natalie gave up her music education and started selling drugs instead. Over time, she began to take drugs herself. That’s how she contracted HIV, and later – tuberculosis. Natalie died in August 16, 2011. Her sister got married, gave birth to a daughter, and now lives in Moscow.

Series Description: In 1995, the World Health Organization declared the tuberculosis epidemic in Ukraine. Over the past 16 years, the situation has deteriorated even further. Each day TB takes lives of 30 people, annually of about 10,000 people. 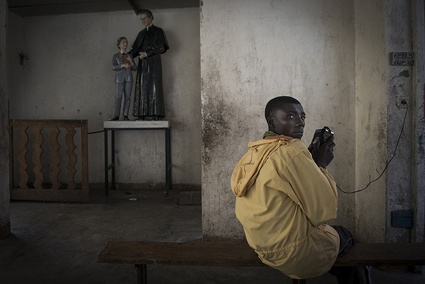 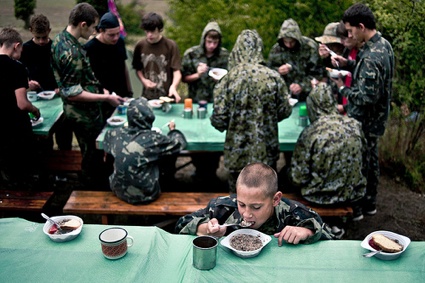 The pupil of Cossack’s children military-patriotic camp “Crimea-Sech” eats buckwheat cereal at a separate table, during a lunch break in camp, Thursday, August 02, 2012, the Crimea (Ukraine). The main rations of pupils are the cereals and flour’s products, tinned stewed meat. Children make breakfast, dinner and supper for themselves.

“Crimea-Sech” accept the children and teenagers between the ages of 8-18 years coming from different regions of CIS countries (Ukraine, Russia, Belarus). These children are cadets and already valid Cossacks of the various Cossacks organizations. Every day pupils of the camp are involved in dissimilar occupations -weapon assembly and disassembly, tactic combat simulation, survival in extreme conditions, reconnaissance work, terrain orientation, hand-to-hand fight, firing from different types of firearms. 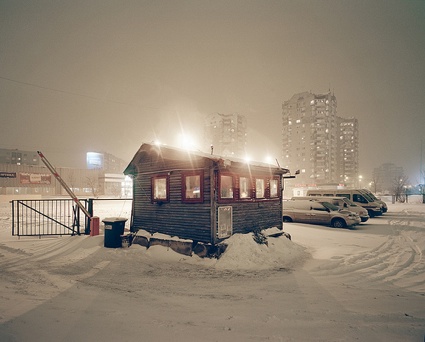 Territory is focused on various aspects and boundaries in the urban landscape. There are boundaries in landscapes which exist between the public and the private space, there are specifics of vision and perception, and an urban landscape serves as evidence of the way in which people populate and move around in territories. Each image features a guard and his guardhouse. Guard booths are architecturally inexpressive and humble, although present in the urban landscape. Those are images that feature the moment at which the guard has spotted or is approaching the photographer. 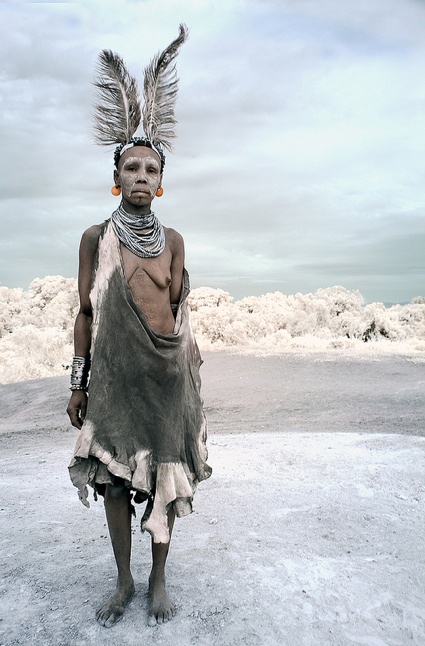 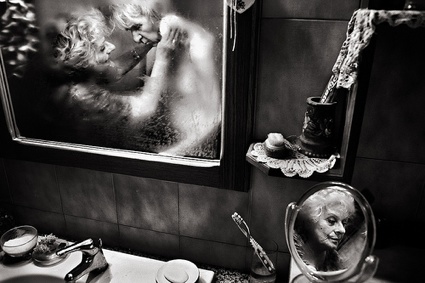 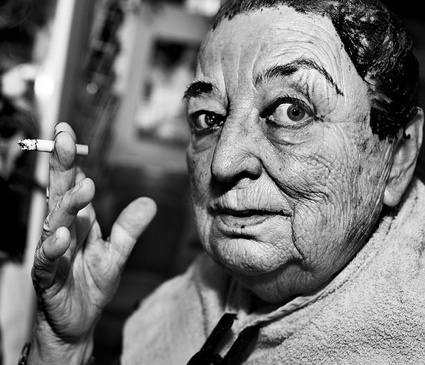 Taking its point of departure in the idea that every person on Earth is connected in the sixth degree, this series of photos depicts human connections through the city of Copenhagen. The set up is that Jens Juul portray random people that he engage with in the streets, and that these chance meetings end up with him taking highly personal photos of these people, who then each send Jens Juul on to another person in their network, who he can portray, who then gives me the name of another person… 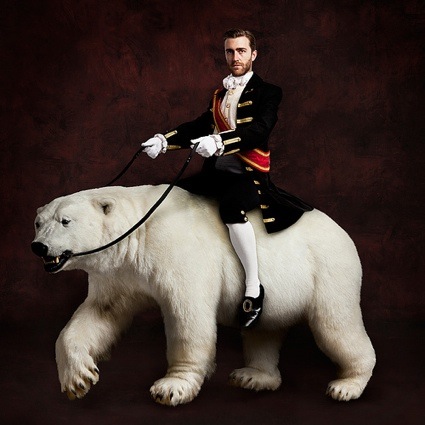 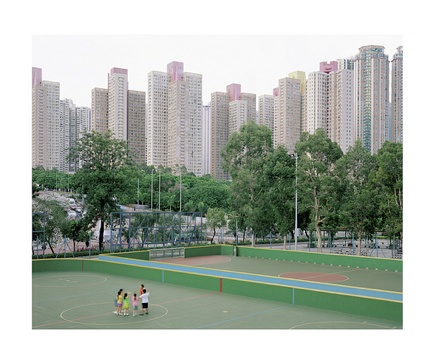 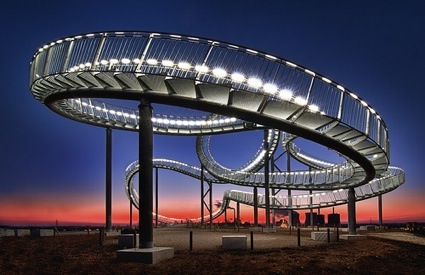 “Of the Tiger and Turtle” is a work of art on an industrial landmark. In the background you can see a steel mill. 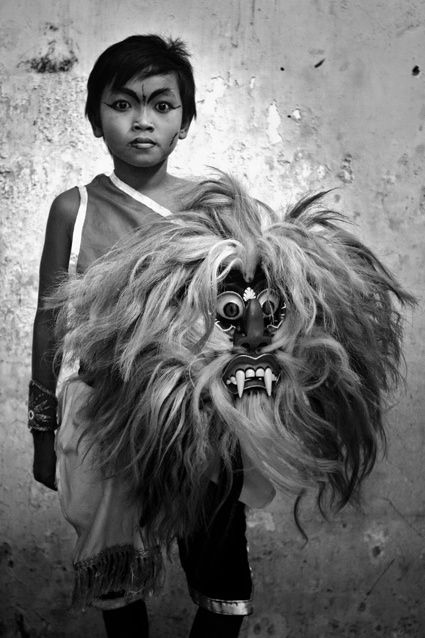 Image Description: Jaranan is one of traditional culture in Indonesia, this dance usually play with trance by ghost. It looks unusual because jaranan usually has played by adult . this boy playing as pentulan. 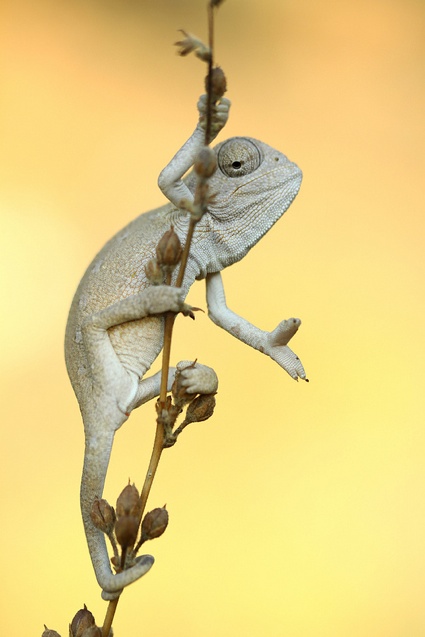