Lawrence Abu Hamdan is an artist and a “private ear”, a kind of counter-state actor whose practice consists in trying to give a space and meaning to different types of listening.

Operating both in gallery spaces and in human rights contexts, a number of his works make emerge the value of ear witnessing, a form of testimony that is increasingly being exploited in court. In fact, a number of high profiles cases in recent years (Oscar Pistorius but also Trayvon Martin, Michael Brown and other racist murders in the US) have relied on ear witness testimonies.

The validity of ear witnessing is exemplified and made more concrete in Abu Hamdan’s Walled Unwalled, a work i discovered last year at Biennale of Moving Images in Turin. The 20 minute video examines a series of legal cases in which evidence was obtained through walls. The work evokes some of the technologies used to make walls -and private life- penetrable. Starting with thermal imaging used to detect heat radiating from a house (an indication of the possible presence of marijuana cultivation indoors) to invisible cosmic particles called muons which can pass through surfaces previously impervious to x rays. Walls are no obstacle if you have the right technology.

Most of the video, however, investigates the architecture, peculiar acoustics and living conditions inside a prison we know very little about. 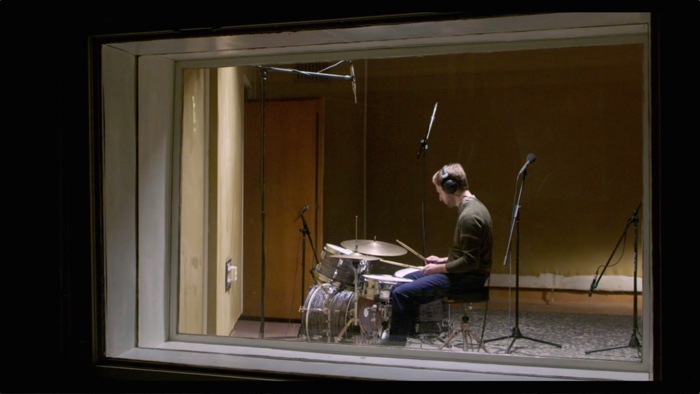 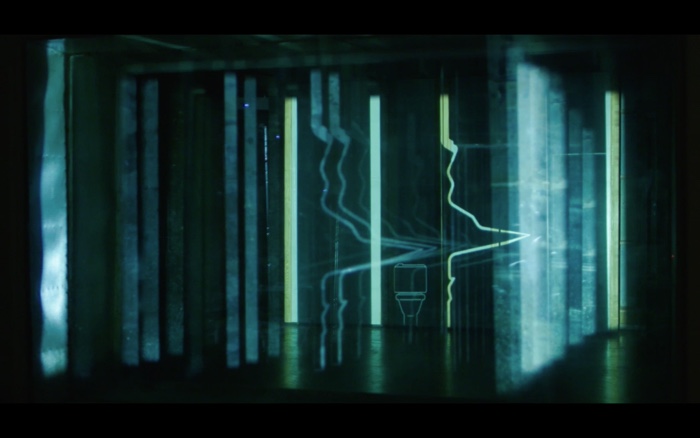 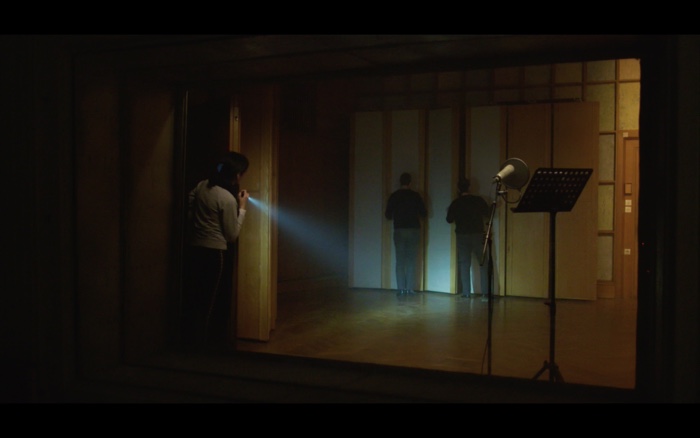 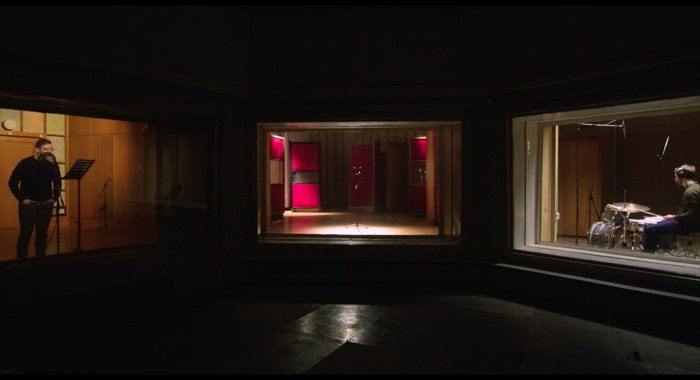 Saydnaya prison is a high-security military prison located 30km north of Damascus and operated by the Syrian government. It has been used to hold, torture and kill thousands of prisoners, both civilian detainees and, especially after the 2011 pro-democracy protests, political dissidents.

In April 2016, Amnesty International and Forensic Architecture teamed up to digitally reconstruct Saydnaya, a space no one but the prisoners and their guards has ever been allowed to access. Any knowledge we can gather about what happens inside Sednaya or what the place looks like derives from the memories of the detainees. Unfortunately, none of them has ever seen the prison. They enter blindfolded and have to keep their eyes closed when moved from one space to another.

Held in darkness and constrained to silence (even when submitted to violent beatings), the men developed an acute relation to sound. Over time, without ever speaking or being able to see anything, they learn to distinguish the types of beatings taking place behind cell walls, the type of instrument used to torture, the footsteps of the guards, the doors opening, slamming or locking, etc. The fact that the whole prison experience was designed so that the prisoners would see nothing but hear everything was in itself a form of acoustic torture. 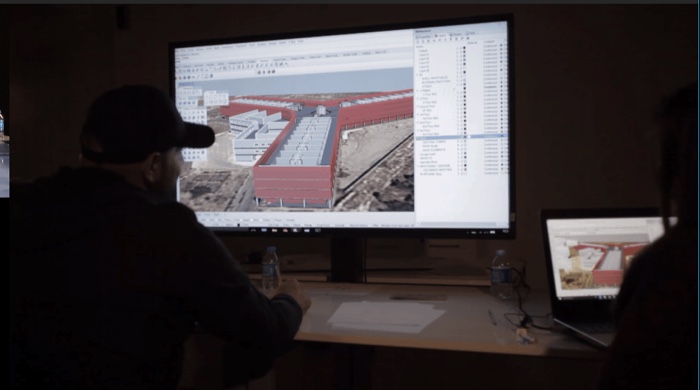 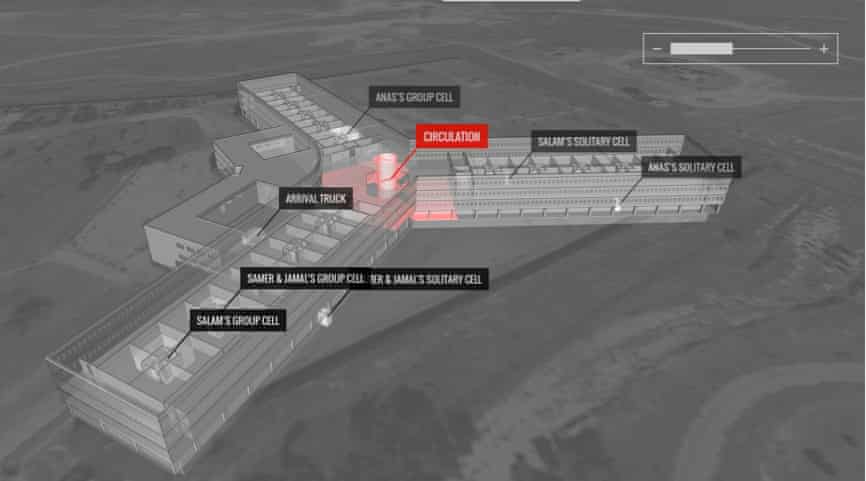 In 2016, Abu Hamdan met five Sednaya survivors as part of Amnesty International and Forensic Architecture‘s investigative collaboration. The researchers used architectural and acoustic modelling to reconstruct the detention centre and the survivors’ experiences. The “ear-witness testimony” of the ex-detainees was solicited through a series of techniques that included “echo profiling” to determine the size of cells, stairwells and corridors as well “sound artefacts” to simulate prison sounds such as doors, locks and footsteps, which helped to trigger further acoustic memories.

Some of the information thus collected was invaluable for Amnesty International’s investigation. Some of these testimonies, on the other hand, were the result of a distortion of the memory, they were more emotional than purely factual and as such were inadmissible in a legal and human rights context. Yet, this material still spoke volumes about a level of hunger, hyper vigilance and distress so high that it distorted their senses. Its value cannot not be appreciated in court but it can still be articulated through the space and language of Abu Hamdan’s art. 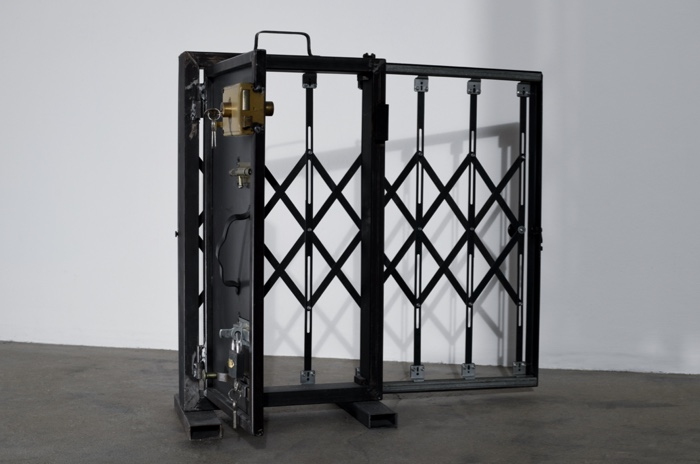 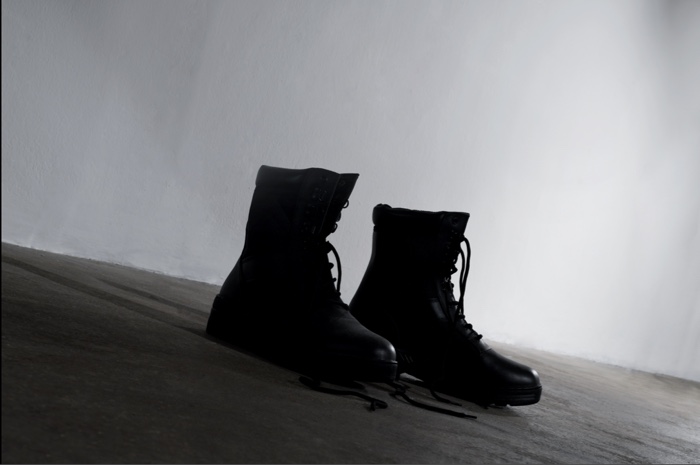 I’ve never actually seen Earwitness Inventory but it deserves a mention because it constitutes a companion work to Walled Unwalled. This collection of 95 custom designed and sourced objects are all derived from legal cases in which acoustic testimony had to be solicited. These mnemonic devices range from shoes to flatbreads, from silver trays to a small inflatable swimming pool or a pile of sand with a wheel.

More information about the project in the video below…

as well as in the Talk Art and the WNYC podcasts.

Related stories: Book review: Forensic Architecture. Violence at the Threshold of Detectability, Forensic Oceanography, investigating the militarised border regime in the Mediterranean, The System of Systems: technology and bureaucracy in the asylum seeking process in Europe.