While the demand for minerals to produce electronics, clean energy and the infrastructures that support them is skyrocketing, it is getting increasingly difficult, environmentally damaging and energy-intensive to extract some of these mineral elements.

On the other hand, the human body contains minerals in the form of kidney stones, crystals formed in urine and iron in the blood.

Could our technologies be sourced from within our own living bodies? Could mineral extraction no longer be dependent on scarce and already polluted environmental resources? This is where Tiny Mining comes in.

Tiny Mining is an open community of chemists, geologists, artists and practitioners of plants and metal magics and alternative medicine. Their main objectives are:
– to explore and exploit the living human body for more than 20 precious and rare earth minerals;
– to share resources and support for the DIY exploration of interior prospects through community sweatshops, documentation and video tutorials.

We believe that the earth should remain as pristine and untouched nature; we have no desire to carry on extracting resources from a depleted world, polluting and laying waste to the landscape. Saving the planet is now a matter of becoming sensitive to our own geological being.

While transhumanists and biohackers seek to upgrade and replace the flesh with metal and technology, members of the Tiny Mining community ambition to become mineral and purge themselves of the metal and the mineral. 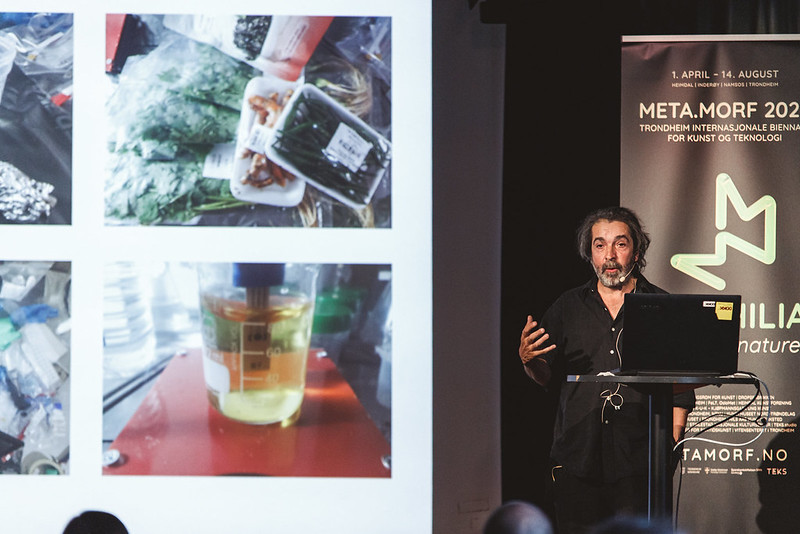 A couple of weeks ago, programmer, performer, artists and explorer Martin Howse gave a fascinating talk at the Meta.Morf 2022 – Ecophilia conference organised by TEKS in Trondheim. According to Howse, “the body is and has always been geological” and he set up to tell us how the human body could become an exploitable ore reserve but he also explored the belief systems that can be associated with this exploitation of the living human body in the interest of planetary and human health.

Mine Yourself: A tutorial for Tiny Mining

The tutorial above explains Tiny Mining neophytes that the mining process starts with a diet rich in oysters, dark chocolate, citrus fruits, raw fish or sashimi, beetroot, green veggies, shiitake mushrooms, etc. There are variations in this diet depending on the metals you want to mine. For the process of inner crystallisation, you then have to ingest starfruit, magnesium oxide supplements and more beetroot. The next important stage of Tiny Mining is chelation which freezes up the metals from the tissues allowing them to circulate and then be extracted in sweat and in urine. The chelating process is facilitated by natural chelating agents such as onions, garlic, coriander, spirulina, chlorella and vitamin C. Or by ingesting Argotine pills and other supplements.

Afterwards, tests evaluate the success of the process and determine the optimal time for extraction. 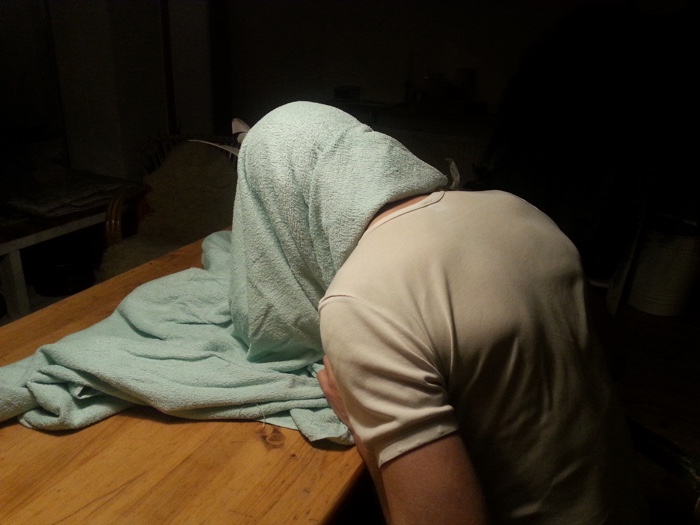 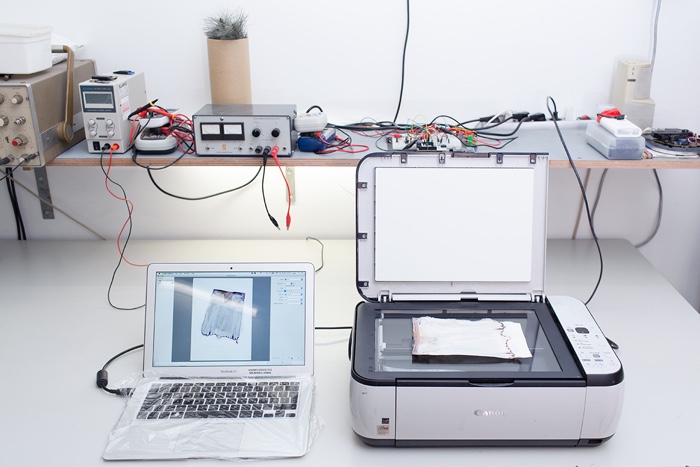 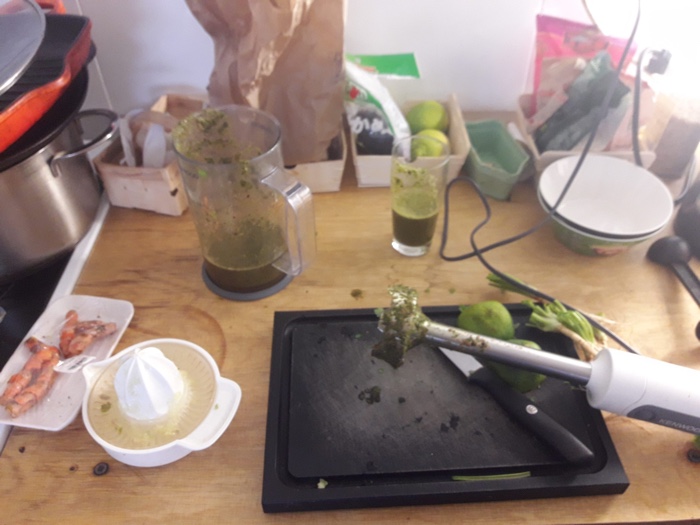 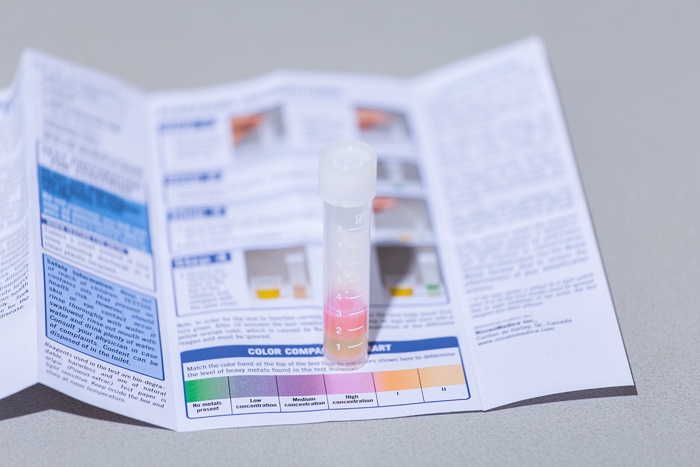 The Anthropocene, Howse explained, has initiated a new cycle in which we literally breathe in and consume our own anthropogenic indicators (the isotopes from nuclear testing, the metal dust from global extractions, etc.) The Anthropocene is now an internal story written within internal geologies and in the deep time of ingestion and digestion.

There are historical parallels of this duality of incorporation and extraction. Chinese alchemists, for example, would extract mercury and arsenic from the earth and then incorporate these toxic materials back into the body in the form of an elixir of immortality. An adept of Japan’s “self-mummification” practices changed his diet towards the end of his life. He would go to the mountain and eat what he could forage there. Mostly chestnuts, buds, pine tree bark and roots from trees. He would be buried alive just before his death. Afterwards, his body was dried over charcoal fires and smoked with the fumes of incense until fully desiccated. Finally, the body was lacquered or used as a base for a statue of dried clay or plaster.

What is next for Tiny Mining?

First of all, a V2_ e-publication titled TINY MINING, A Handbook for Internal Extraction has just been released. The TM community is also working with a Beijing pharmaceutical company on the open source development and manufacturing of Argotine, an agent to facilitate mineral extraction.

In November, an exhibition called Becoming Geological at V2_ in Rotterdam will offer a wider reflection on this new way of living and dying. 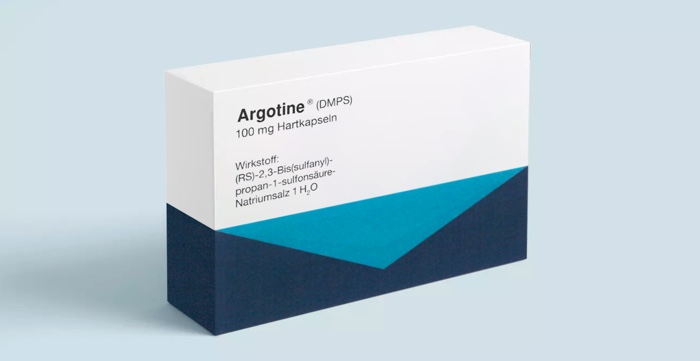 The Meta.Morf 2022 – Ecophilia conference was curated by Zane Cerpina and organised by TEKS in Trondheim, Norway. The festival continues until 14 August throughout the city.