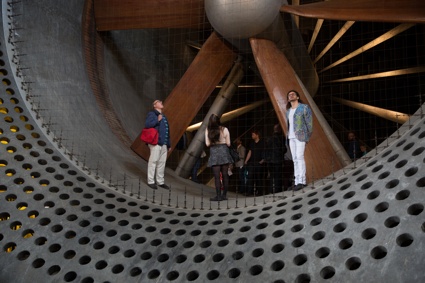 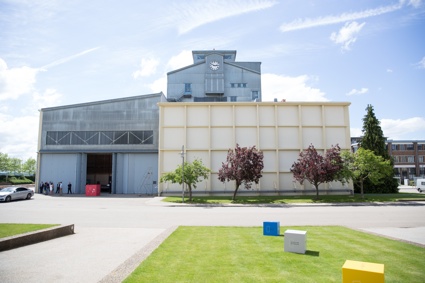 I know you’re not supposed to ever be tired of London but if you feel like a change of atmosphere, there’s some rather spectacular disused wind tunnels to gape at in Farnborough, a mere 35 minute train ride from Waterloo station.

The Wind Tunnel project filled with site-specific commissions two wind tunnels buildings, known as R52 and Q121, that were built to test planes, from Spitfires to Concorde. These buildings were decommissioned after the 1960s and have remained closed to the public ever since. 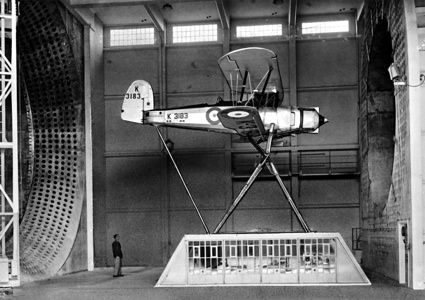 Opened in 1935, Q121 is the largest wind tunnel in Great Britain. Inside, two gigantic holes face each other. One is a powerful fan with 600kg blades which would drag air fast and furious across the space between them to test complete planes and sections of bigger airplanes.

R52 was built in 1917. It is now an empty hangar but it used to house one of the world’s earliest aerodynamic testing facilities.

Contemporary artworks by James Bridle and Thor McIntyre-Burnie explore the past of the buildings.

McIntyre-Burnie’s sound pieces makes use of archive materials from the BBC to fill the impressive Q121.

The basis of his sound work is an outside recording made by the BBC of the song of a nightingale in 1942 in a garden in Surrey. It was a yearly broadcast since 1924 but this year, the microphone accidentally picked up the sound of RAF bombers flying overhead on their way to Germany. The program had to be interrupted, for fear it would have tipped off Germany about the upcoming bombing attack.

McIntyre-Burnie’s new composition fills the wind tunnel. It doesn’t try and compete with the impressive structure (that would be foolish.) In fact, it make the whole experience of going through the historical space even more awe-inspiring. 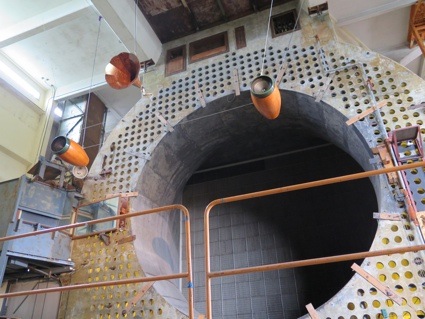 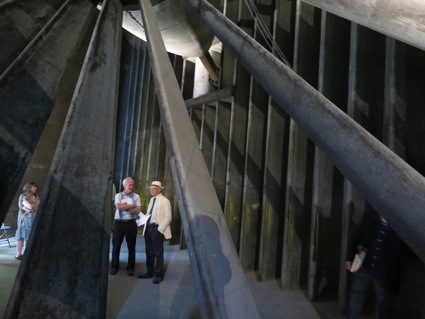 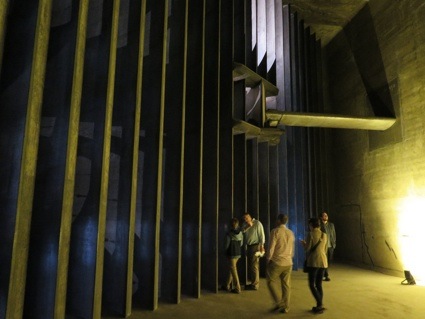 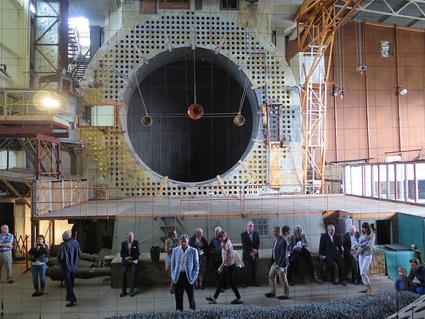 One of Bridle’s works, Rainbow Plane 001, also paid homage to the history of the site. The installation outlines the silhouette of a Miles M.52, an experimental supersonic aircraft developed in secret to break the sound barrier at Farnborough in the early 1940s.

The contour is shown as if distorted by the pansharpening effect of satellite photography, as if viewed, in flight, from space. There never was any original photography of that Miles M.52 in flight. First of all because, the aircraft never flew. It was a research project that was cancelled in 1946 even though its aerodynamics had been successfully demonstrated by a scale model. Besides, satellites don’t take ‘photos’ of what lays below them. Instead, they use sensors to look down onto the earth and acquire information about its surface and atmosphere.

Rainbow Plane 001 is ducted tapped under the site’s portable airship hangar. The structure was one of the 6 airship sheds in the UK at the outset of WWI and it probably isn’t as ‘portable’ as its name suggests. It is estimated that it would take 50 men ten days to dismantle the structure, 7 to load it onto railway and 2 to 3 weeks to reassemble it. 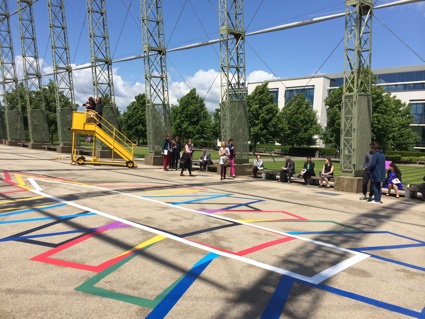 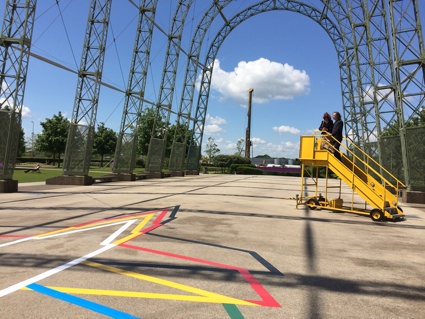 The Wind Tunnel Project was organised by Artliner and curated by Salma Tuqan. I must say that the website of the project is one of the most frustratingly dysfunctional i’ve ever visited. Anyway, you can see the tunnels and artworks in Farnborough until the 20th of July. A shuttle service is helpfully available outside the Farnborough railway station.

More images from the wind tunnel (I also posted a photo set from the opening on flickr, if ever you’re interested): 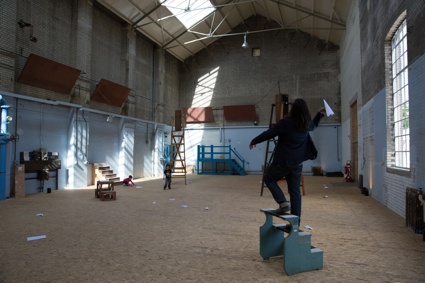 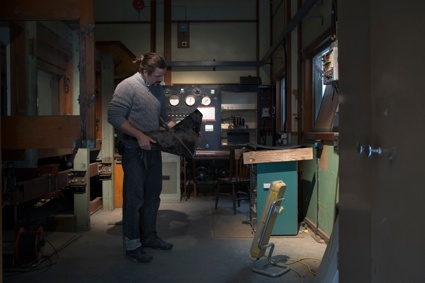 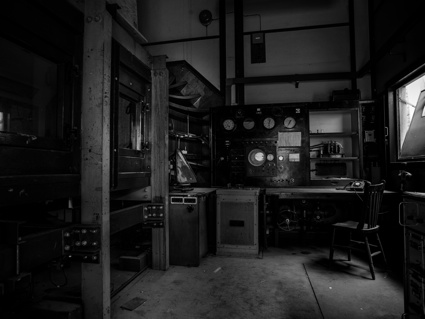 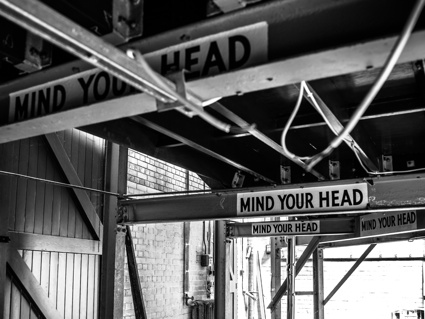 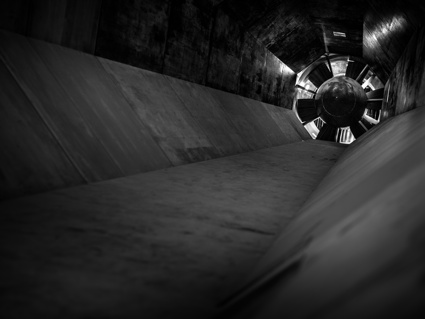 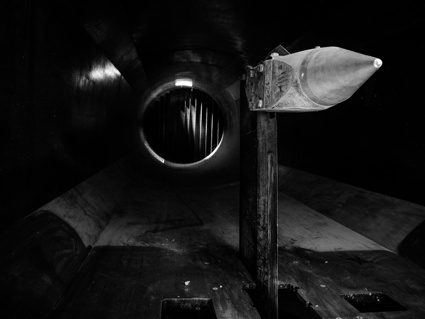 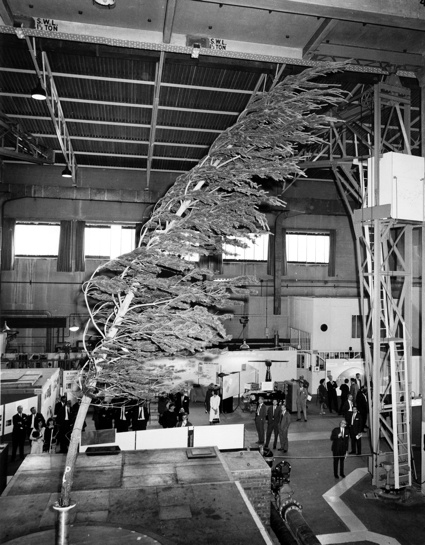 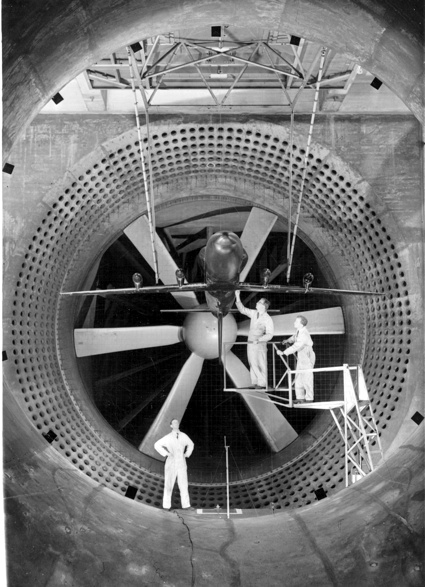 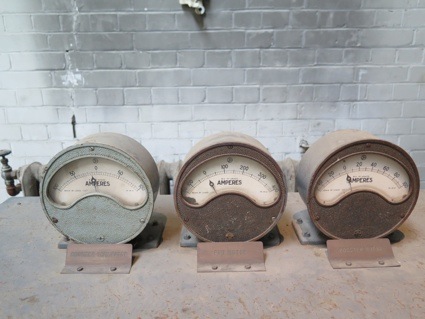 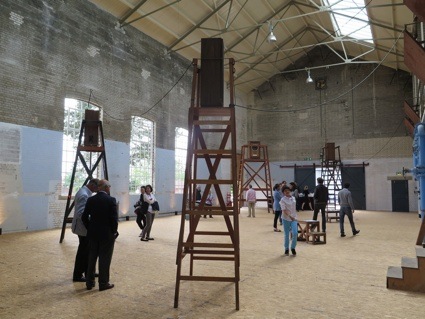 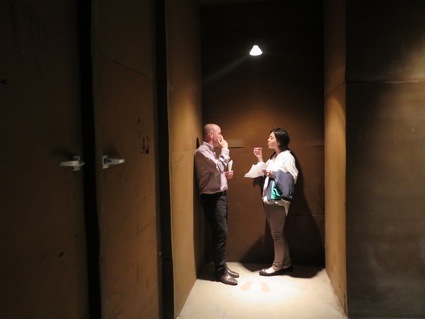 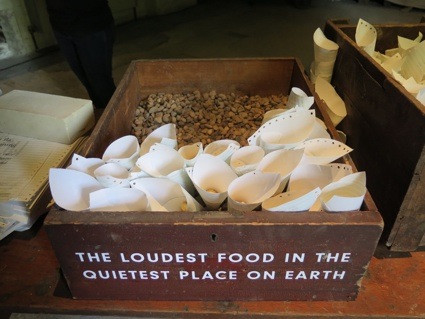 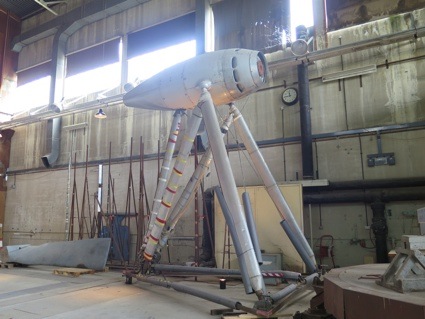