A few weeks ago, i discovered the existence of the Barts Pathology Museum. And then i visited it so you don’t have to. 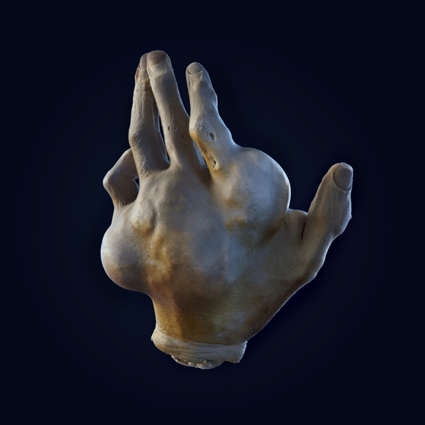 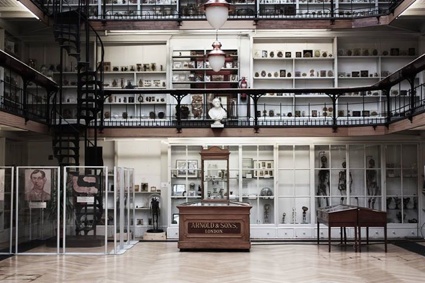 The museum was opened in 1879 and its collections of organs and tissues were used to train medical students. The museum is located in a charming wood, steel and white shelves space with three mezzanine levels and a spiral staircase. The 5,000 specimen collection, however, is even more gruesome than i had suspected.

The jars are filled with all kinds of deformed and diseased body parts: a gout-swollen hand, an inguinal hernia from around 1750, the bound foot of a Chinese woman, the skeletons of conjoined twins, a liver dented by years of wearing tight corsets, a brain perforated with an ice pick during a frontal lobotomy, a rat that died of tuberculosis, a cabinet of surprisingly voluminous objects that people inserted into their bodies (more about that one in the video below), etc.

I loved the place and i hope it will be open to the public more often in the future. Even though that museum will haunt my nightmares for years to come. Photos were not allowed on my visit. I’ve therefore stolen as many images as i could online (with due credit wherever i could find it, of course.)

Here’s a quick presentation of some of the specimens. Some with comments, others with only the shortest description: 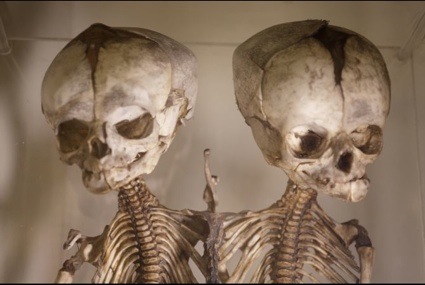 These skeletons of conjoined twins are among the museum’s 5,000 specimens. Photo: Tony “TK” Smith/Barts Pathology Museum 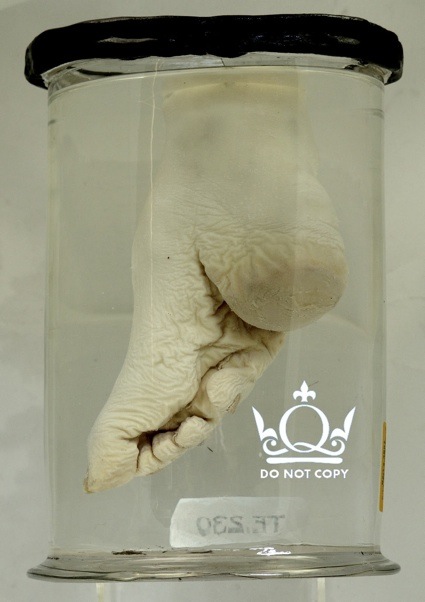 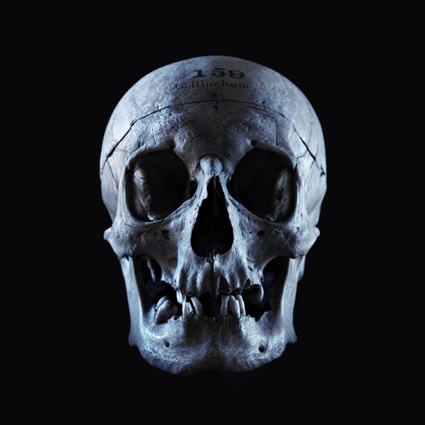 On the afternoon of 11 May, 1812, John Bellingham, a bankrupt businessman, walked into the lobby of the Palace of Westminster and shot prime minister Spencer Perceval, making him the only UK prime minister to be assassinated. Bellingham was sentenced sentenced to death by hanging. As was customary for the time, his body was donated to hospitals to be dissected and anatomized. His skull is preserved at Barts Pathology Museum. 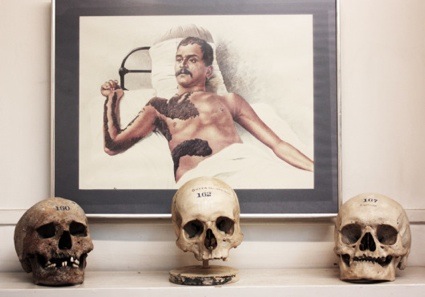 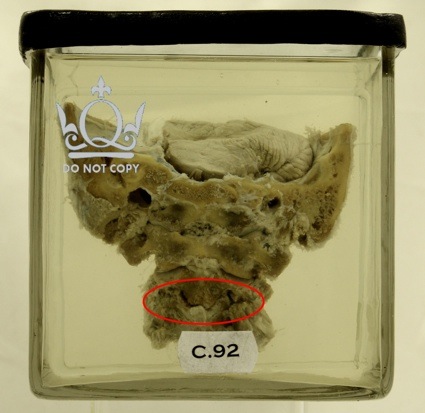 These vertebrae were damaged following a method of judicial hanging called The Long Drop or “Measured Drop” which takes the person’s height and weight into consideration. It meant that the rope was the right length to ensure an instantaneous death caused by ‘a broken neck’ but didn’t result in the decapitation of the victim which did occur frequently. 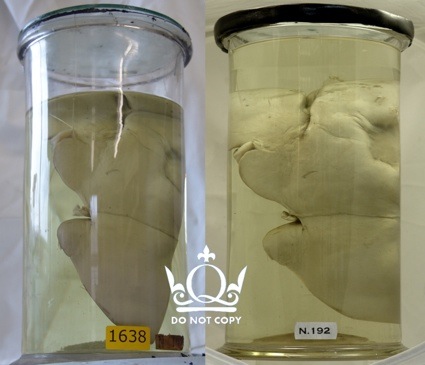 Liver of a woman who wore a tight corset, before and after conservation

This pot contains a large portion of the liver of a 52 year old female. It is supposedly exhibiting the deformities caused by prolonged ‘tight-lacing’ of corsets and is dated 1907. The liver is on its side in the glass pot, and the deformity can clearly be seen in the form of a cleft splitting the right lobe of the liver in two. 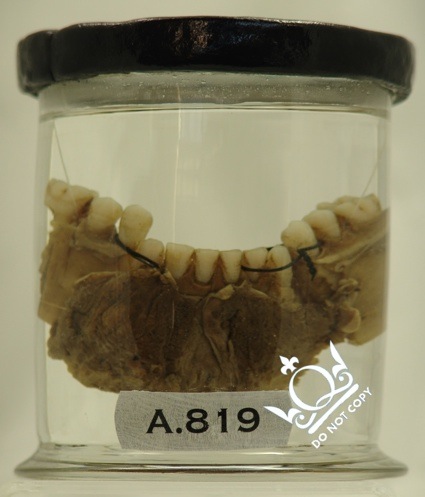 “A fracture of the mandible. The jaw is broken between the canine and the first bicuspid teeth on either side. This is the common seat of fracture. It was wired during life. (1886)
From a boy, aged 14, who was caught between the rollers of a printing-machine, sustaining such injuries that he died within a week.” 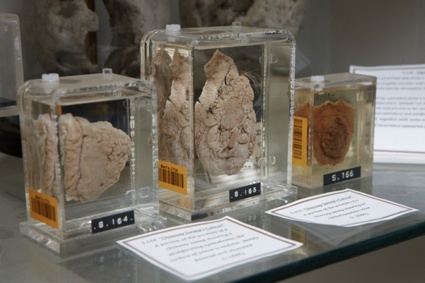 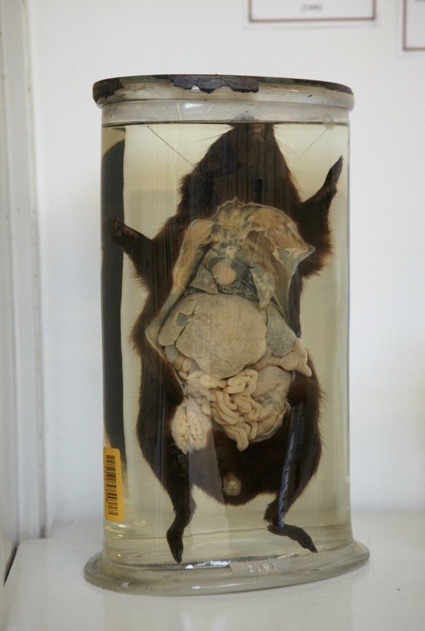 A rat that suffered from tuberculosis. Image by Patricia Niven via Spitalfields Life 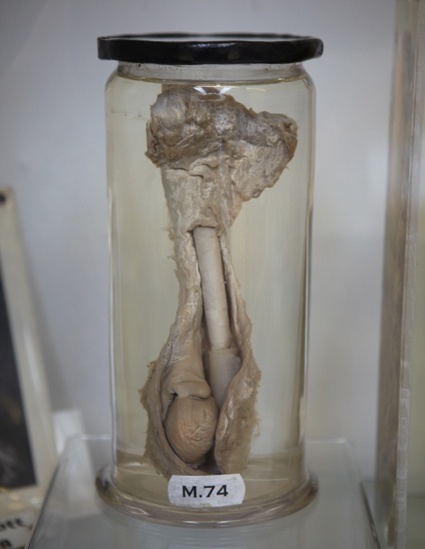 The oldest specimen is this inguinal hernia from around 1750, preserved by Percivall Potts. Image from Spitalfields Life

I’ll close this post with a little gem. Carla Valentine, Assistant Technical Curator at the museum takes us through some of the dangers of inserting foreign objects into orifices:

“It’s what’s inside that counts”: A Potted History of…Rectal Insertion 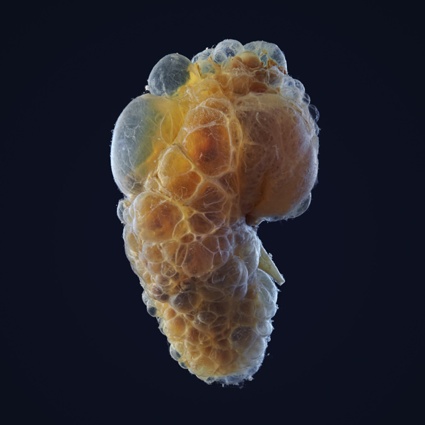 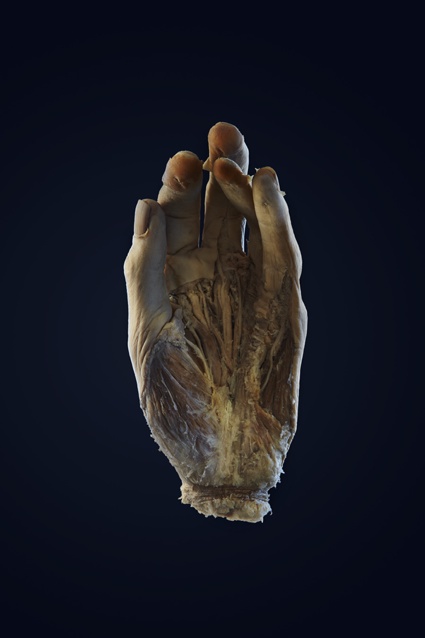 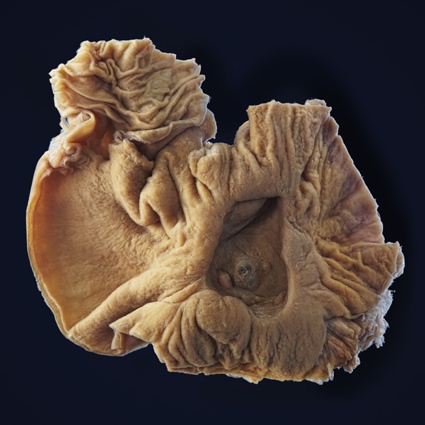 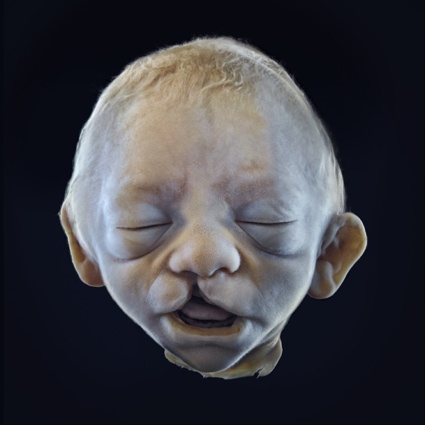 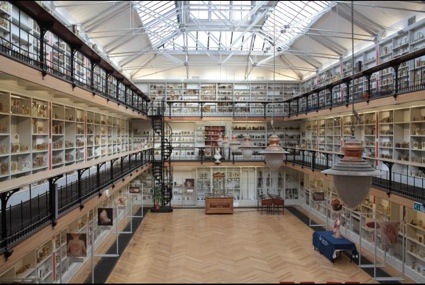 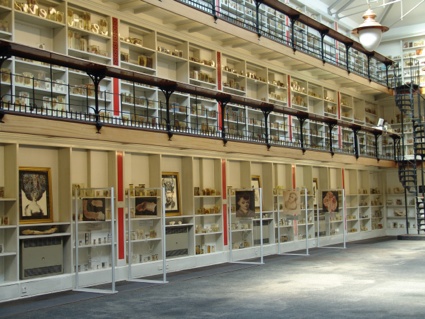 The Barts Pathology Museum is located at the St Bartholomew’s Hospital in Smithfield in the City of London. The museum is usually closed to the public. Except for a few afternoons in August and for special events and taxidermy classes. Unfortunately, The Gordon Museum of Pathology which seems to be bigger and fascinating is not open to the public either.