I’d always wanted to go to the The Influencers festival. So i went. Last week. No, i’ve no idea what took me so long. Based in Barcelona, the event looks at some of the most radical, provocative and socially-engaged forms of media art through documentary screenings, workshops, performances and talks. I’ll come back with more details about the programme but today i just want to share the notes i took during Annie Machon’s keynote presentation on the evening of Thursday the 22nd of October. 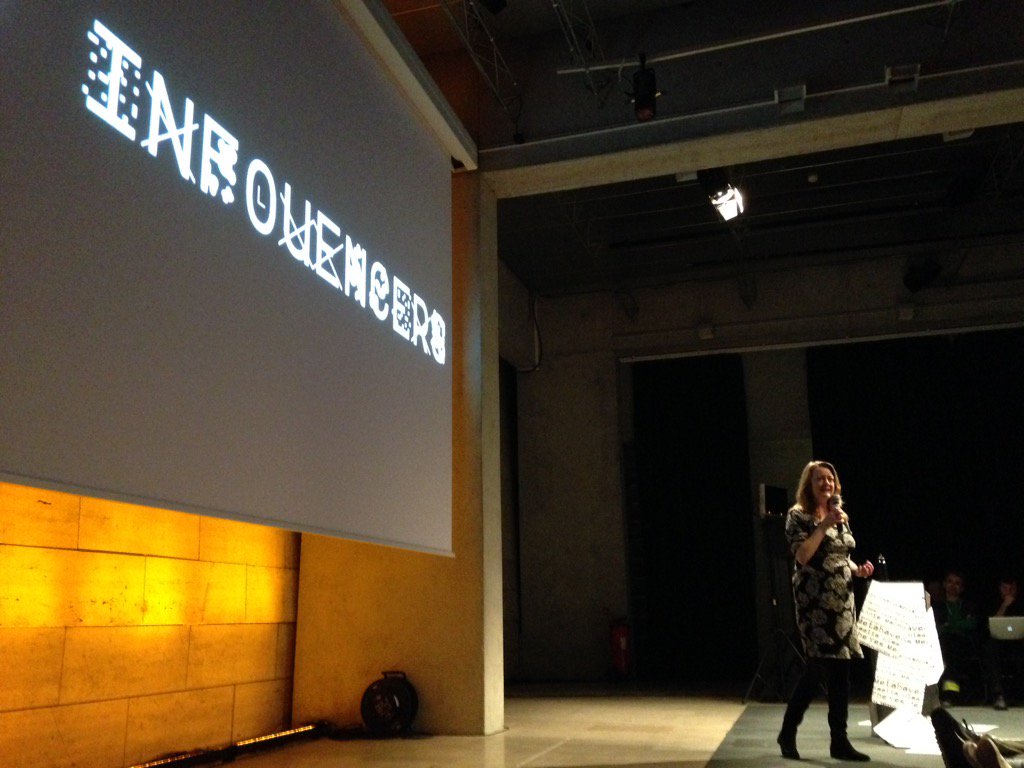 Photo by The Influencers 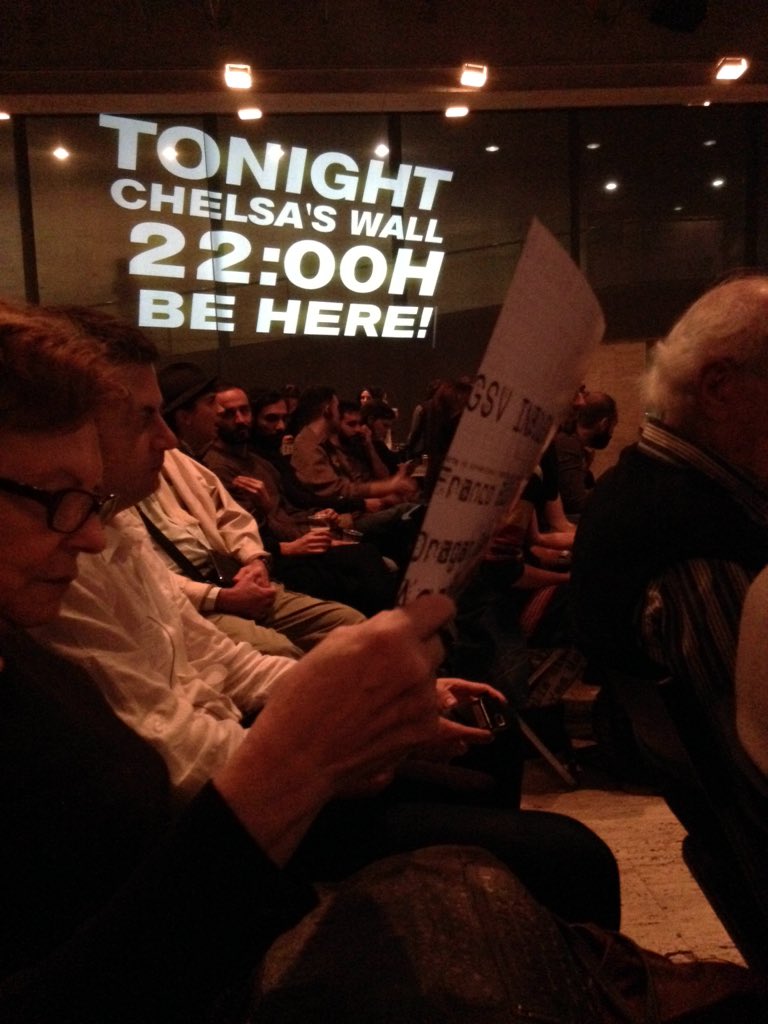 There were LOTS of people in the audience

Annie Machon is an intelligence expert and author who worked for 6 years as an intel­li­gence officer for MI5, the UK domestic counter-intelligence and security agency. Together with her ex-partner, David Shayler, she resigned in the late 1990s to blow the whistle on the spies’ incom­pet­ence and crimes. 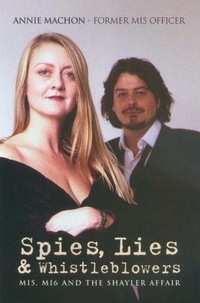 In 2005, Machon published her first book, Spies, Lies and Whistleblowers: MI5, MI6 and the Shayler Affair in which she offers criticism of the intelligence agencies based on her observations of the two whilst in the employment of MI5.

Machon started off by saying that she had never been interested in becoming a spy. She applied to work for the Foreign Office but got a letter from the Ministry of Defense suggesting she might be interested in working with them. She went through 10 months of recruitment. They were looking for a new generation of counter-terrorism officers

One of Machon’s first work at MI5 consisted in investigating fellow citizens who might be involved in ‘subversion’. Spying on political activism had massively increased and reached ridiculous proportions. Machon gave the example of a schoolboy doing some homework about the communist party. He wrote a letter to the party asking for more information about their activities and his letter was intercepted. That’s how a schoolboy got a file at MI5.

Civil liberties activists, journalists, musicians, etc. had a file at MI5. So did many prominent politicians. When Labour won the elections in 1997, almost all senior members of the party -and that includes Tony Blair, Home Secretary Jack Straw- had a file because some of those ministers had been involved in left-wing politics in their youth.

Which means that the spies have secret information on people who are supposed to be their political bosses, and that makes for a preoccupying ‘tail wagging the dog’ situation.

But what Machon found most upsetting while she was working at MI5 was the discovery that the spies had lied to the government on several occasions about mistakes they had made. She said that many IRA bombing could have been avoided had MI5 agents been more competent. There were also some illegal phone taps against journalists and people wrongly sentenced to prison even though MI5 or MI6 had evidence that would have shown they were innocent.

She gave the example of two students wrongly accused of attacking the Israeli embassy in Lon­don in 1994. MI5 had documents to innocent them. But the agency refused to disclose the evidence because, under the secrecy laws, they didn’t have to. They said nothing and the young people were both sentenced to 20 years in prison.

Shayler also found evidence that MI6 had funded attempts by Islamic extremist terrorists to assassinate Gaddafi in 1996. The plot failed and Gaddafi survived.

This plot amounted to state-sponsored terrorism. The spying agencies broke the law and there was no way they could justify their scheme by claiming it was ‘public defense’. 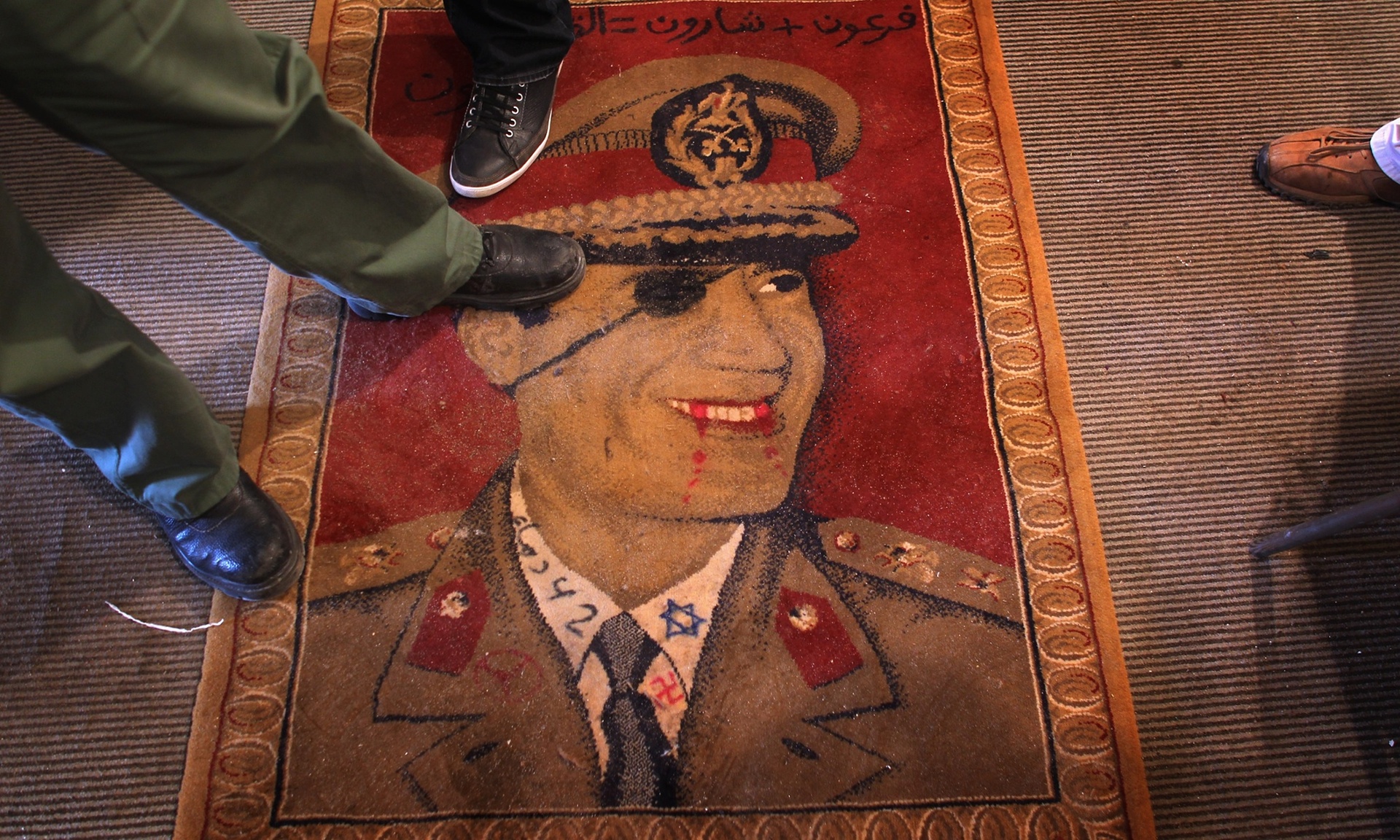 David Shayler and her tried raising their concerns from the inside but no one would listen. So they both resigned and set to tell what they knew to the media in the hope that the scandal would lead to reforms and greater accountability of the spying agencies.

However, upon entering MI5, both had signed Official Secrets Act which makes it illegal to say anything about their job. In brief, it’s a crime to report a crime and Shayler faced 6 years in prison for revealing the crimes of the agency.

The story about the spies’ crimes broke in 1997 and the couple had to flee the country, they wanted to stay free to have a chance to argue their case. 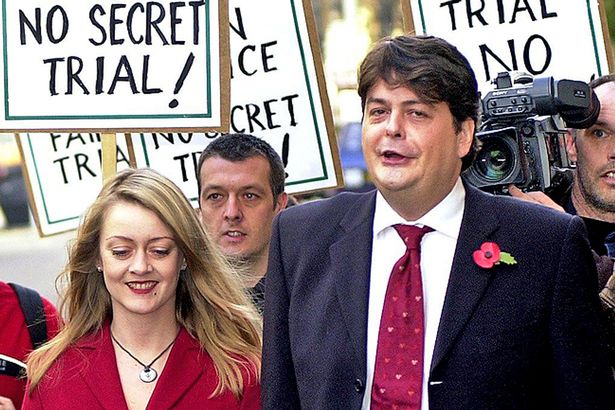 Annie with David Shayler outside the Old Bailey in 2002, at the start of his trial for breach of the Official Secrets Act. Photo: The Mirror

After a couple of years hiding and living in Europe, Shayler decided to go back to the UK. He wanted a day in court to explain why they had resigned and to talk about the crimes of the agencies. In the end, he was never allowed to say anything. But at the trial, the judge concluded that what Shayler had done was not motivated by greed and that no life had been put into danger following their revelations. Journalists were present in the room. Yet, the day after, all of them wrote the exact opposite of the judge’s conclusions.

There has never been any enquiry from the government into Shayler’s allegations.

Shayler and Machin separated but both found the post-whistleblowing life hard: your reputation is destroyed, you find it difficult to earn money, your social life is affected, etc. But her experience taught her 2 valuable lessons:

1. How easily the media can be controlled, especially in the UK. After Shayler’s conviction, they reported the exact opposite of what the judge had said.

There are two ways to manipulate a journalist.

First, there is the soft method. They invite the journalists in the ‘secret circle’, give them scoops that will give a boost to their career. In exchange, the journalists are invited to report back to MI5 or MI6 if ever they hear of anything that might embarrass the spy agencies.

Then, there is the hard way. MI5 has at its disposal a battery of laws that enable them to attack any uncooperative journalist.

For example, terrorism laws can be used against reporters to force them to expose their sources or to gag reports. There are also label laws to sue journalists. As a result, self-censorship mechanisms have taken place. Machon explained that senior journalists end up collaborating with senior military officials and spies to decide whether a piece of news can or cannot be made public. There is a term for that: the D-notice system. The Official Secrets Act can also be used to gag the media.

MI6 even has an “Information Operation” section to plant fake stories and control the way media break news.

2. The second important lesson was the importance of privacy. Shayler and Machon always assumed that their whole life was listened to. Which made it difficult to carry on a relationship. In the ’90s, surveillance was resource-intensive for spies. Now, post-Snowden, it’s not about targeting someone anymore, all of us should be living with a sense of being under surveillance. She noticed that there was a great deal of outrage about the NSA revelations in countries such as Germany or Brazil. But not so much in the UK. Machon even talked about UK spy agency GCHQ pros­tituting itself to NSA. An example of that is the Tempora operation which involves GCHQ tapping fibre-optic cables to collect global email messages, Facebook posts, internet histories and calls, and shares them with the NSA.

But what if you don’t do anything wrong?

Well, what you do online might still be watched without your consent or knowledge. She gave the example of how the Optic Nerve program collected Yahoo webcam images in bulk. 10% of the conversation taking place on these webcams were sexually very explicit. If you were one of the people who did sexy things in front of your webcam with your partner who lives in another country, you had done nothing wrong. Yet, you were still running the risk of being spied on.

And if you feel you are being watched you start to self-censor, you pay attention to the kind of culture you can access, your rein in your freedom of speech. It’s similar to what happened when people distrusted their own flat, even their family members because they were afraid of the STASI.

For Machon, if we don’t have privacy, we can’t have a functional democracy. In 1948, the Universal Declaration of Human Rights stated that we have the right to privacy (see article 12.)

However, there are ways to fight back!

1. There is the democratic approach: concerned citizens should ask their representatives to act on their behalf, have laws put in place that would further protect privacy and achieve greater transparency and accountability from the spying agencies.

2. The guerrilla warfare way: wikileaks that protects their sources and keep the information online, encryption tools, Tor anonymity network, etc. Machon recommends going to a CryptoParty where you’ll be shown the basics of cryptography such as Tor, disk encryption and virtual private networks.

We are living a dystopia that even Orwell couldn’t have envisioned. 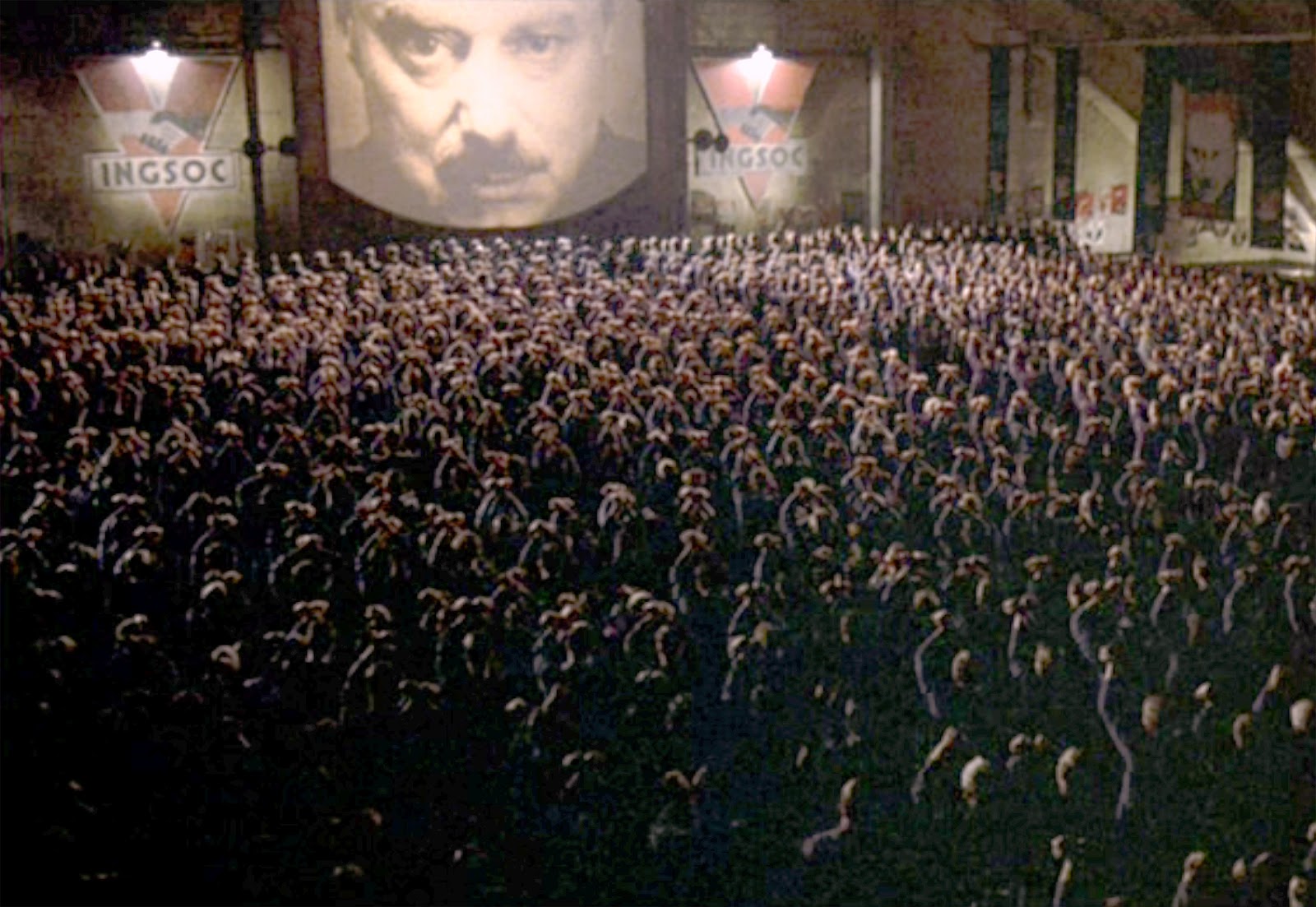 Image from the film Nineteen Eighty-Four, directed by Michael Radford and based on George Orwell’s novel of the same name. Seen here, members at the Two Minutes Hate, and a large screen featuring the face of Big Brother. Image via

3. The third way we can fight back is by looking into Code Red, an advocacy group on digital rights that Machon recently launched together with privacy activist Simon Davies. The advisory group of the project includes Jacob Appelbaum, crypto pioneer Whitfield Diffie, security guru Bruce Schneier and computer scientist and former NSA employee turned whistleblower William Binney, among many others.

Code Red aims to building bridges between communities of lawyers, whistleblowers, journalists, activists, etc. It will also create a clearing house for information in the anti-surveillance movement and will support whistleblowers and sources.