The Cost of Free Shipping. Amazon in the Global Economy, edited by Jake Alimahomed-Wilson and Ellen Reese. 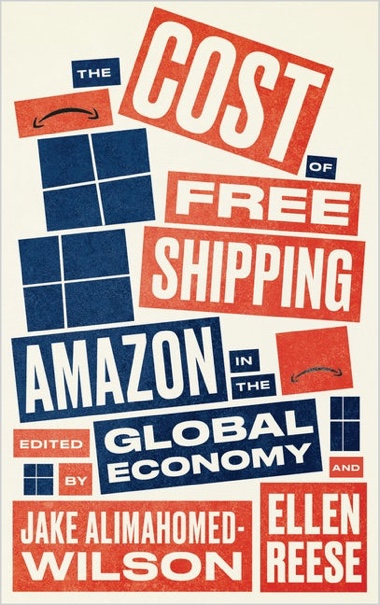 Publisher Pluto writes: ‘One-click’ instant consumerism and its immense variety of products has made Amazon a worldwide household name, with over 60% of US households subscribing to Amazon Prime. In turn, these subscribers are surveilled by the corporation. Amazon is also one of the world’s largest logistics companies, resulting in weakened unions and lowered labor standards. The company has also become the largest provider of cloud-computing services and home surveillance systems, not to mention the ubiquitous Alexa.

With cutting-edge analyses, this book looks at the many dark facets of the corporation, including automation, surveillance, tech work, workers’ struggles, algorithmic challenges, the disruption of local democracy and much more. The Cost of Free Shipping shows how Amazon represents a fundamental shift in global capitalism that we should name, interrogate and be primed to resist.

The Cost of Free Shipping documents the impact that Amazon has inside and outside the workplace. Inside are the daily indignities for workers, the productivity pressures, the employment insecurity, the racialized-gendered biases and the health and safety hazards in the warehouses as well as on the road where “last mile” delivery workers (often hired by subcontractors) are equally submitted to “algocratic” discipline.

The chapters that investigate the influence of Amazon capitalism outside of the “fulfillment centres” should, sadly, leave no one undisturbed. Even if you don’t work for Amazon, even if you avoid its platform like the plague and don’t own an Echo, a Kindle, a Ring or anything that reeks of systematic surveillance of users, your life is still affected by the tech giant. Amazon Web Services, one of Amazon’s most profitable operations, control almost half of the cloud infrastructure market, providing data storage for Netflix, Facebook, McDonalds, NASA, Disney and several U.S. governmental agencies. Amazon is also, in part, responsible for the decline in small businesses. And wherever the company decides to install warehouses, data centres and offices, the area will experience increased spatial injustice: the movement and operation and maintenance of freight trucks are accompanied by a sharp increase of truck traffic, air pollution and respiratory illnesses for some of the already most disadvantaged communities. The damage on the environment and on citizens health is such that it neutralises any immediate economic benefits for the local population. Then there’s the aggressive tax-avoidance, the intense lobbying, etc. As the book shows, Amazon’s efforts to maximise profits have almost no ethical limits. But you knew that already… 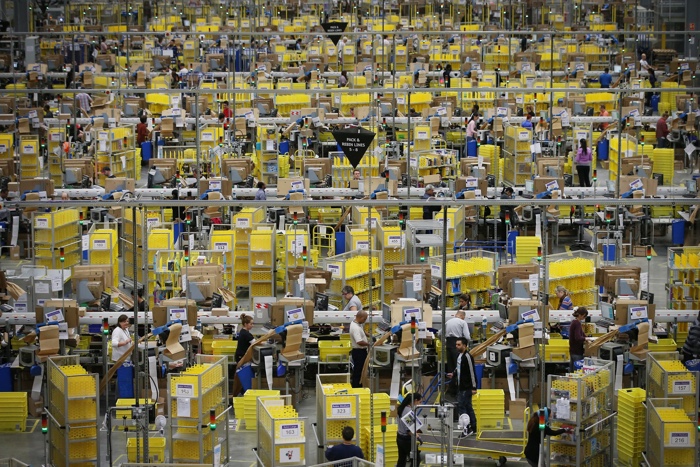 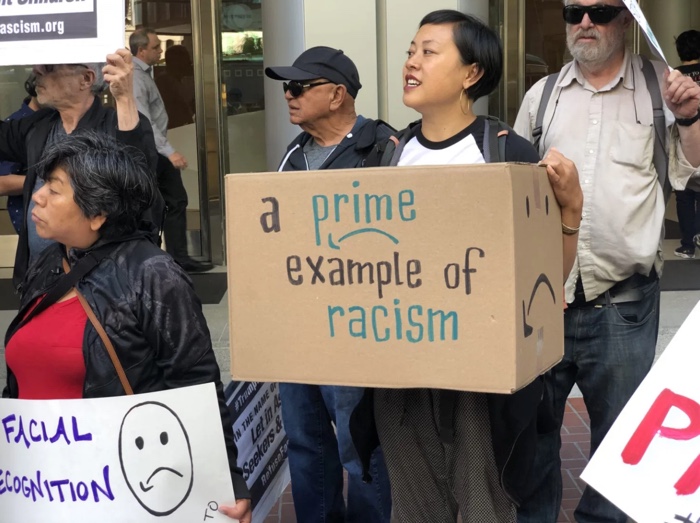 This collection of critical essays by scholars, workers, journalists, labour and community organisers not only demonstrates that the lure of free shipping creates enormous costs for workers, communities and the environment, it also gives inspiring examples of grassroots resistance to Amazon capitalism.

Having described the evils of Amazon, the book highlights the attempts to rein in Amazon’s control of the workplace and grip on the economy.

In some European countries, where unions are stronger than in the U.S., Amazon facilities have seen union actions, strikes and industrial conflicts. More recently, workers in Italy, Spain, Poland and France have gone to strike over labour conditions related to COVID-19. The book also lists a series of successful protests in the U.S. In 2018, Somalis workers led a movement in Minneapolis to demand prayer rights and better working conditions. A year later, New York City unionists made collapse the plan to open an Amazon “HQ2” in Long Island City. That same year, programmers and other Amazon tech employees were organized under the banner Amazon Employees for Climate Justice and urged the company to address climate change. The movement culminated in Jeff Bezos pledging Amazon to reach net-zero carbon emissions by 2040. A second campaign is challenging Amazon’s tight relationship with the military-industrial complex, demanding Amazon stop providing services to federal immigration enforcement and to the police. Sadly, the growing tech-worker movement shouldn’t hide the fact that the economic and political interests of the tech left do not necessarily align with the ones of the working class.

And indeed, so far these actions have had only limited impact on the icon of corporate domination and labour exploitation. The authors in the book, however, are hopeful that by sharing their research and the experiences of the most fruitful protests, other workers will join the resistance and that they will be supported by unions, by a broad network of citizens and by local and international alliances.

I enjoyed the variety of essays. Some of them are based on academic research, others on in-depth interviews with Amazon employees, on previous employment experiences as warehouse workers, on observations from public tours of warehouses or on ethnographic observations. There are some (hard to avoid) repetitions and a few questions that the press has already copiously documented but other than that, but I also discovered many disturbing facets of Amazon. Seeing all those issues brought together in one publication made me realise that Amazon’s corporate power and ruthless surveillance of workers and customers alike are incompatible with our democratic values.