Terraforming is the hypothetical process of deliberately modifying the atmosphere, temperature, surface or ecology of a planet or any other large celestial body in order to make it habitable by Earth-like life.

Engineering inhospitable planets to suit human physiology and needs might sound like science fiction. And indeed we don’t have the technology nor the resources to achieve this enterprise. Yet, the assumption that we can manipulate and colonize other planets (Mars in particular) has received a fair amount of attention over the past few years, demonstrating both a certain anxiety over the health of our own and a very modern hubris that we can solve every problem just by throwing technology at it. 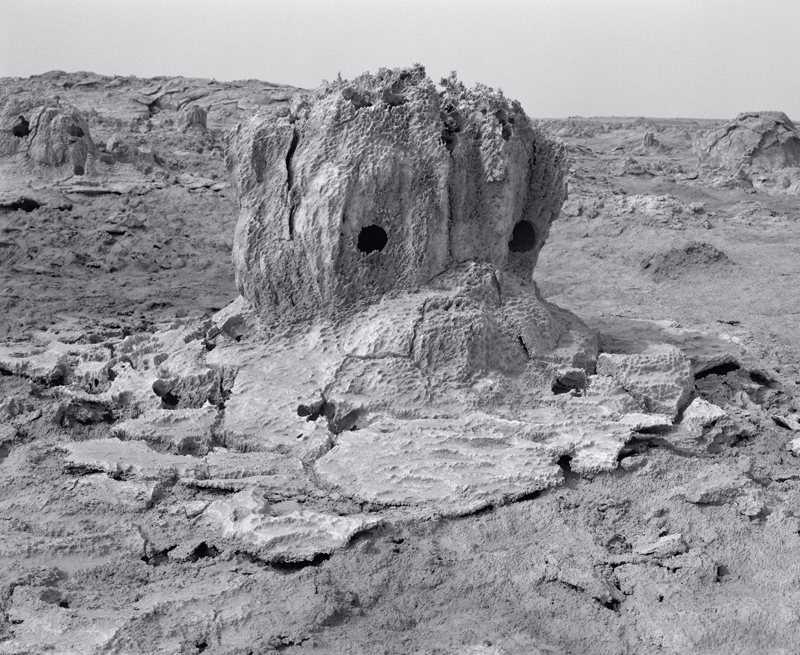 The exhibition, composed of photographic prints, a slide show and a video installation, immerses viewers into a world that resembles our own, yet feels alien and slightly disquieting. The near absence of human figure in Goiris’ images contributes to the eeriness. Here and there a figure appears, either human or non-human. Most of the time, they seem to be completely disconnected from their surrounding. 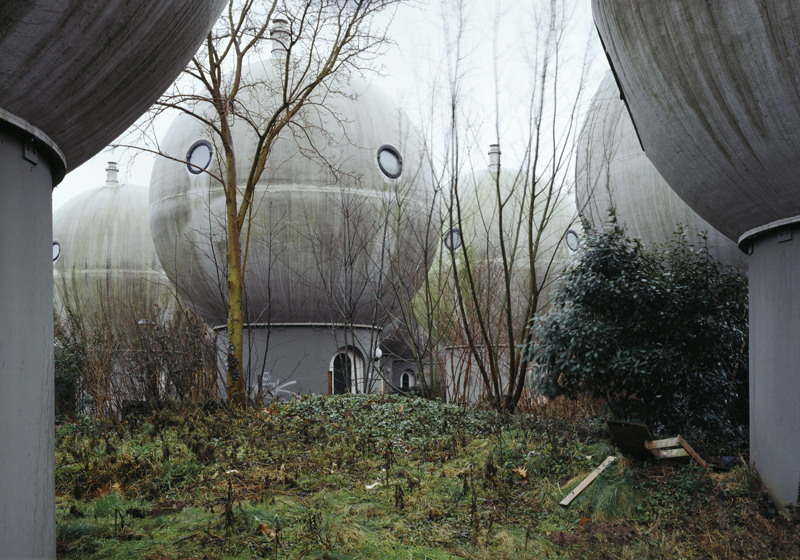 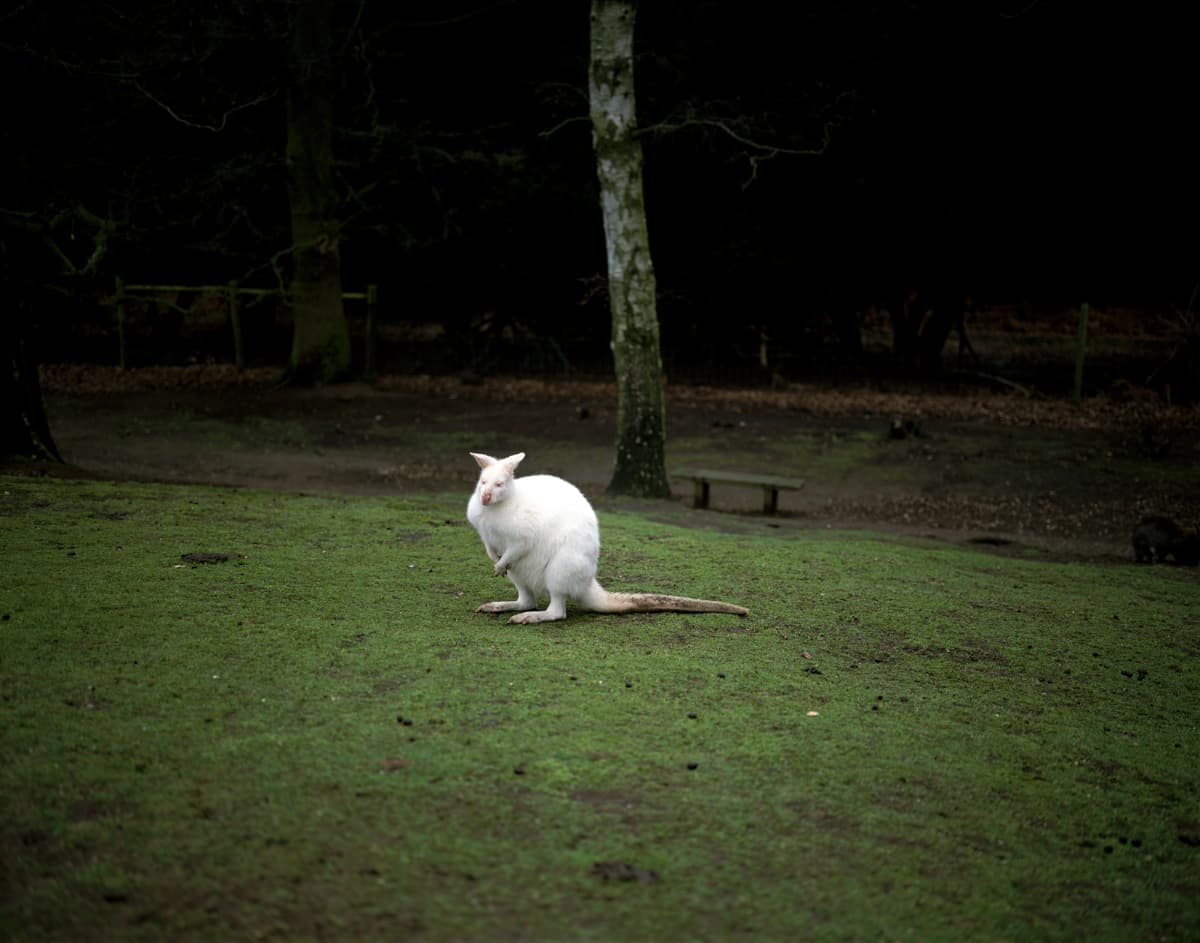 The feeling that the images have reached us from another planet “is achieved though specific technical and stylistic choices: the artist primarily uses a large-format camera with special types of film (orthochromatic, aerial, infrared),” reads the press release. “He shoots most of his pictures at dusk, when the light is beginning to fade and become unreliable.”

The oppressive, ambiguous images suggest a very contemporary approach to the Romantic sublime. Nature today still inspires us admiration, apprehension and other powerful emotions. Its appearance and violent manifestations, however, have changed: toxic industrial landscapes, giant waves crashing over seaside towns, ocean plastic patches, giant icebergs breaking in two, etc. As the success of Burtynsky and other photographers of the Anthropocene demonstrates, we revel in these visions of an environment that the actions of men have rendered treacherous. Goiris’ vision of a world that makes us feel powerless is as dramatic as the one captured by Burtynsky & co but it is far more subtle. Its atmosphere is more enigmatic, more suggestive of a world where we are little more than silent and barely tolerated bystanders. 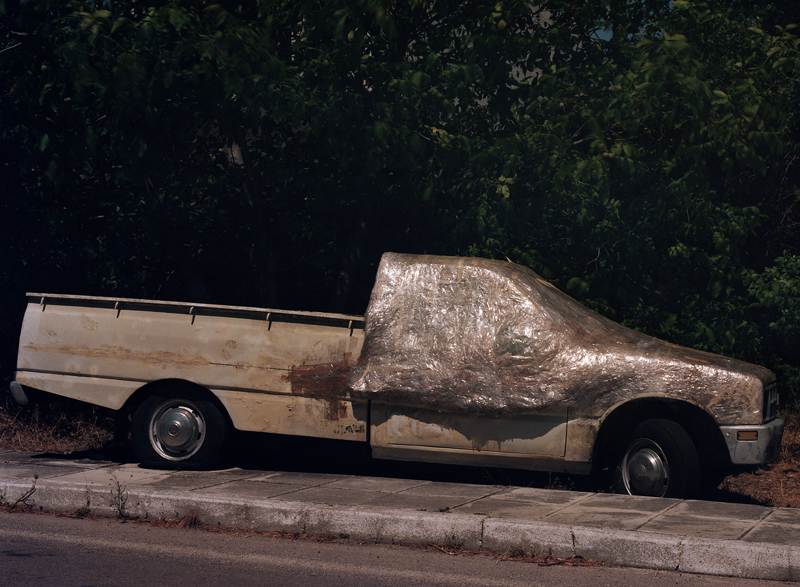 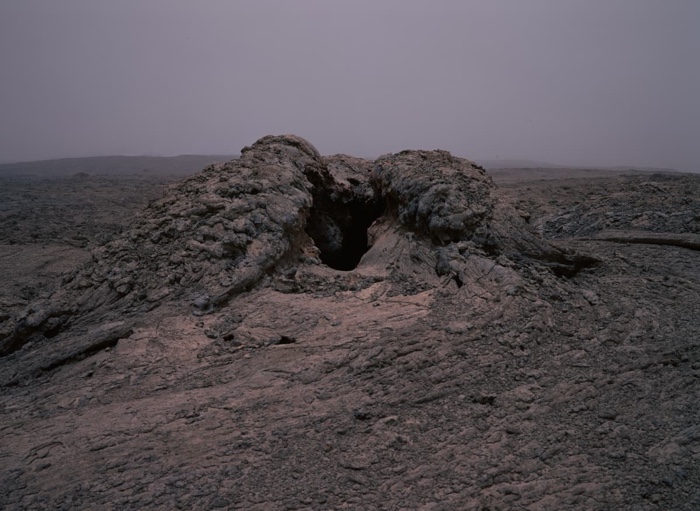 I wasn’t expecting to be so impressed with Terraforming Fantasies. I knew very little about the photographer and was actually in Bologna to visit the Thomas Struth solo show at the Fondazione MAST. The Struth exhibition is spectacular but it’s Goiris’ images that keep haunting me today.

Even the setting of the show, designed by the architect Kris Kimpe, conspires to render the exhibition enigmatic and memorable. The large space is filled with hexagonal display units, some closed, others open, each housing photographs or moving images. The irregularly arranged modules demand that we move around, choose our own path through the show and establish our own connections and fictions. We are in charge of the narrative as much as the artist is. Well, almost… 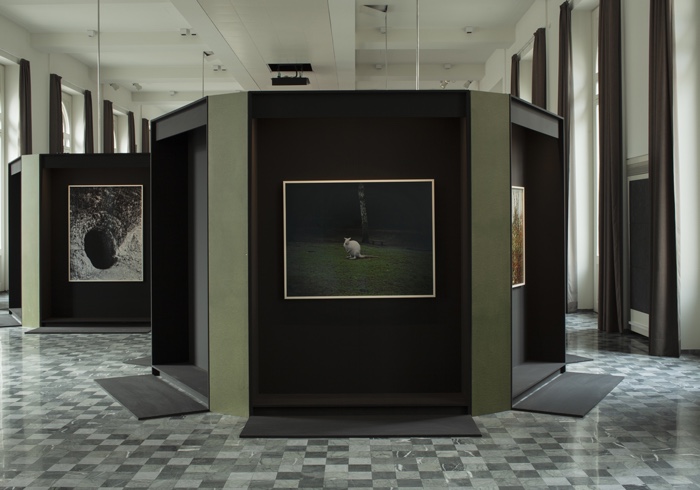 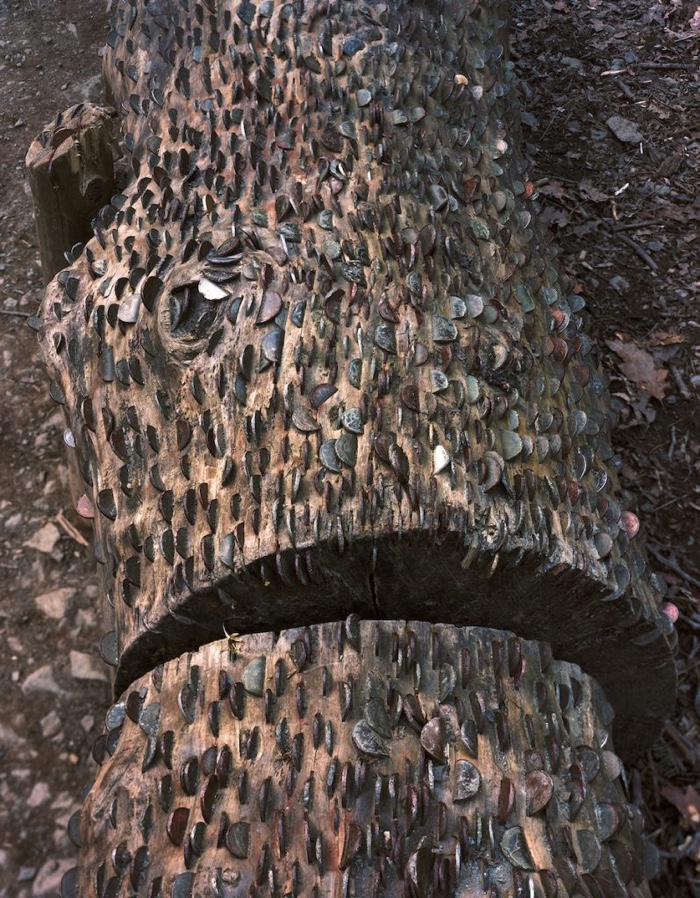 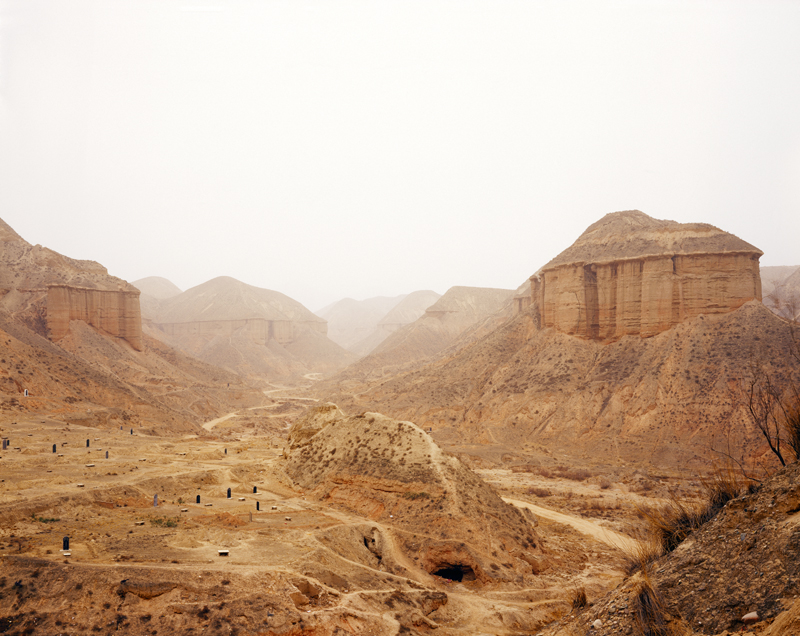 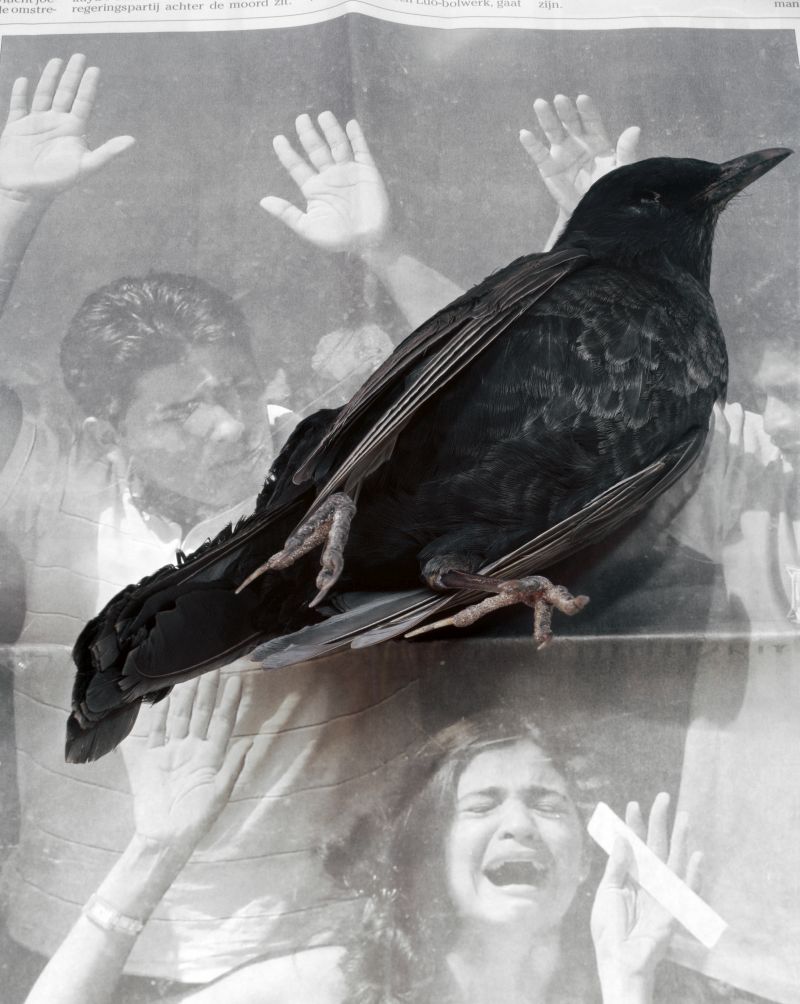 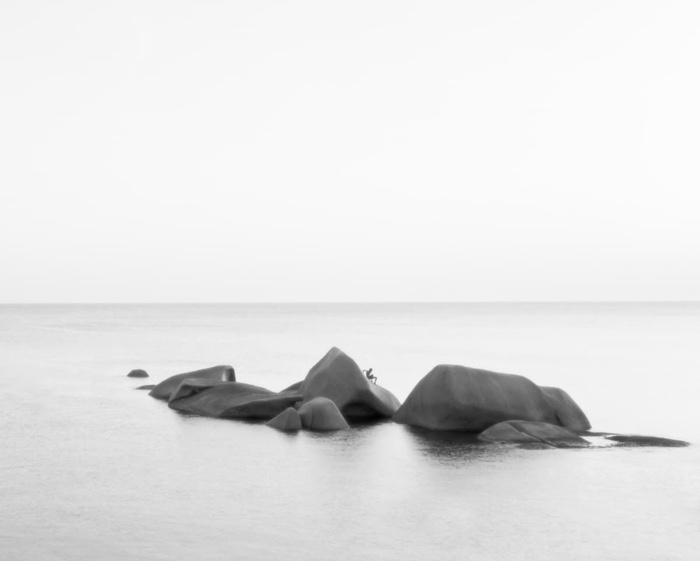 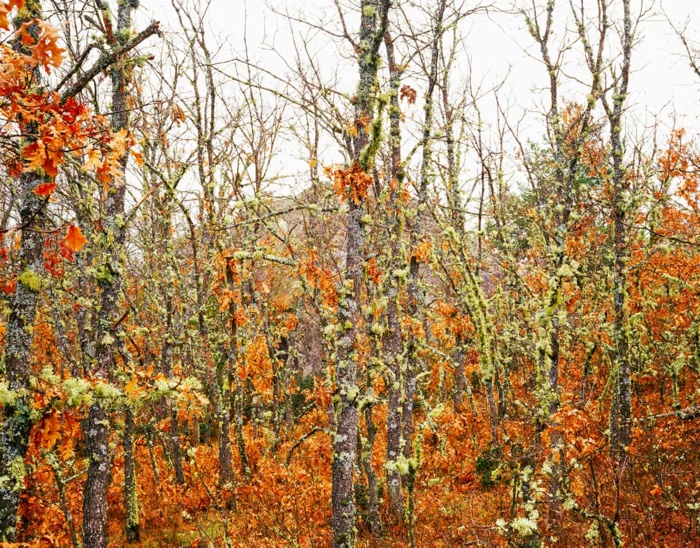 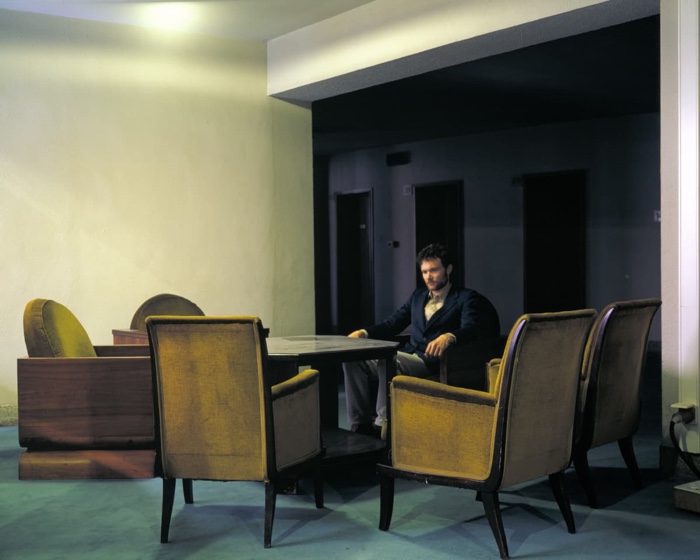 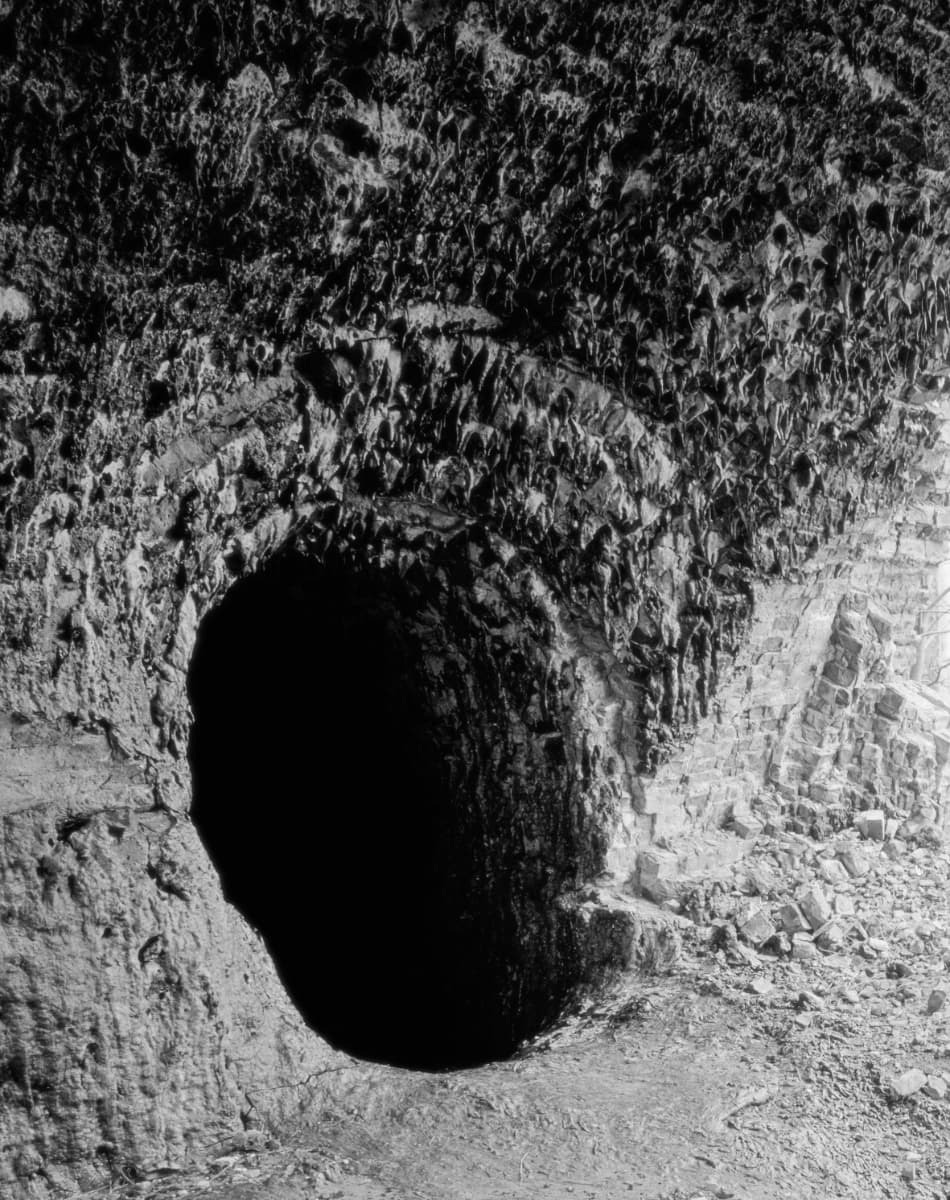 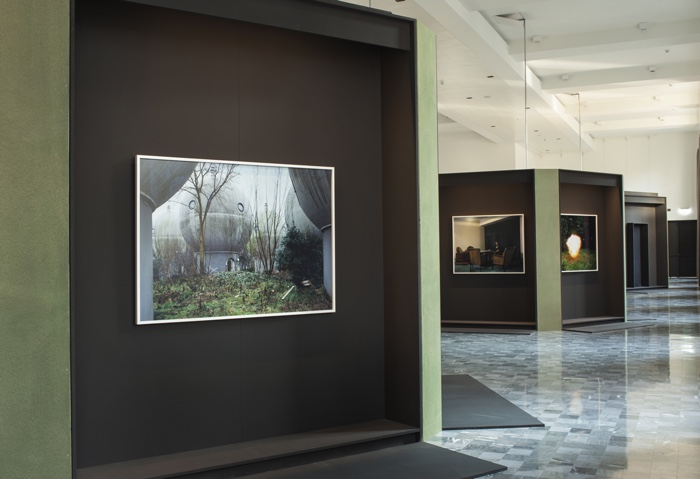 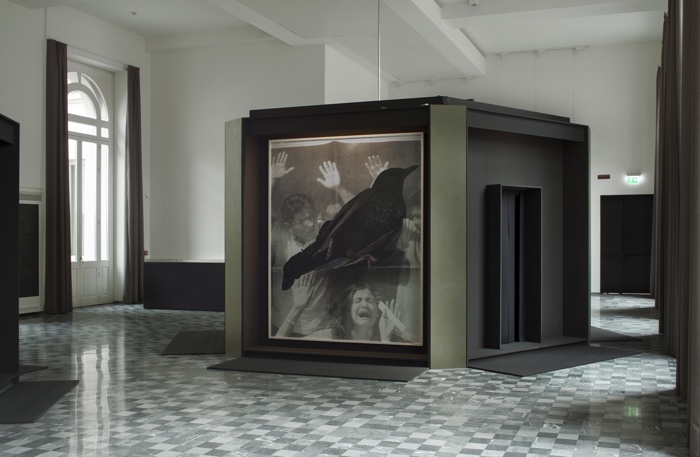