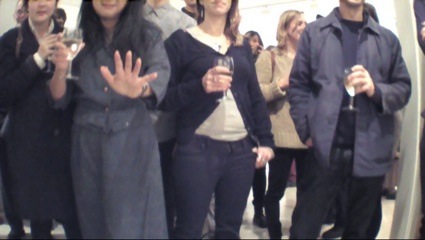 I don’t know why i didn’t visit Suzanne Treister ‘s solo show at Annely Juda in London as soon as it opened. I guess i’ve been lazy and since the lazy is always rewarded, the show has been extended till 22 January, giving me another chance to see it.

In pure Treister fashion, In The Name Of Art and other recent works unwraps the extremely dense networks that tie together secret detention facilities run by the CIA, government control, mass surveillance technologies, military intelligence and counter-intelligence, drone operations that kill and drone operations that entertain the gallery-going crowd. You want to dismiss it as conspiracy theories but Snowden, Wikileaks, and human rights reports urge you to pay attention. At the risk of making you uncomfortable.

Much of Treister’s recent work maps ways that human intelligence and military intelligence currently interact and work on each other. She explores how in a world increasingly determined by pervasive technologies and the demands of the military and security arms of government and state, new relations between the observer and the observed have been established and new subjectivities formed.

The work The Drone that Filmed the Opening of its own Exhibition did exactly what its title says. Treister brought a drone at the opening to film the exhibition and its visitors, highlighting the expanding role of UAVs in both military and civil life. The catalogue-newspaper accompanying the exhibition reminds us that the performance is far from being purely entertaining and anecdotic as military drones have killed between 3,500 and 5,000 people (and not all of them were ‘combatants’ as we know) since 2002. 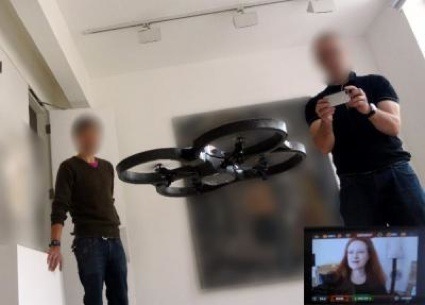 The Drone that Filmed the Opening of its own Exhibition 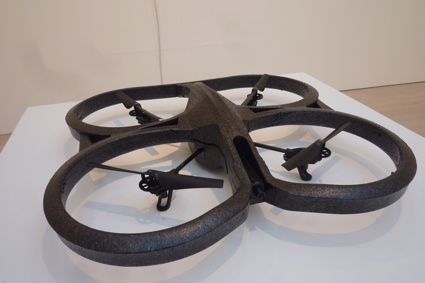 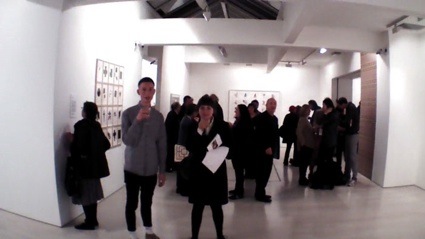 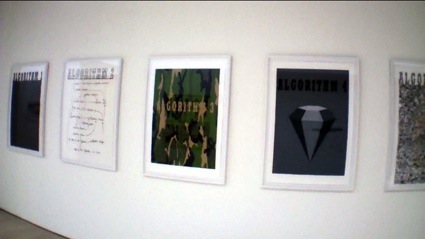 Camouflage was probably the work that intrigued me the most. Treister sourced documents related to the U.S. Department of Defense’s GIG and the NSA’s PRISM surveillance programmes. Both programmes are for use in times of war, in crisis and in peace. Treister further obstructed the content of leaked graphics from internal power-point presentations about PRISM by painting patterns over them. 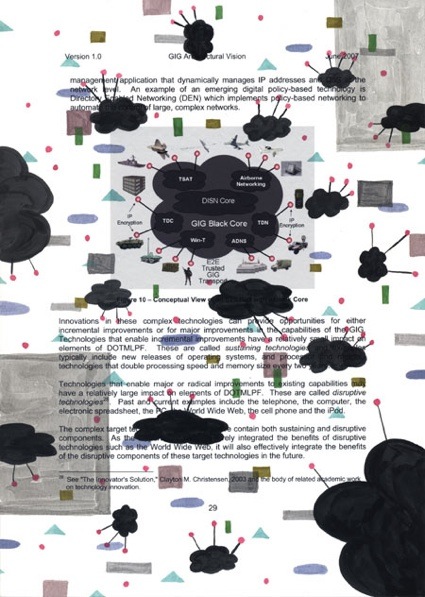 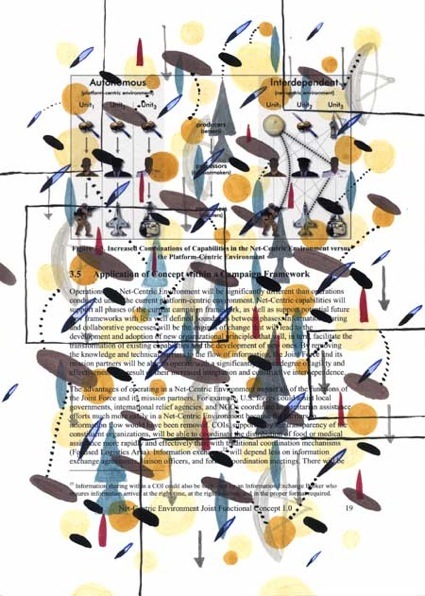 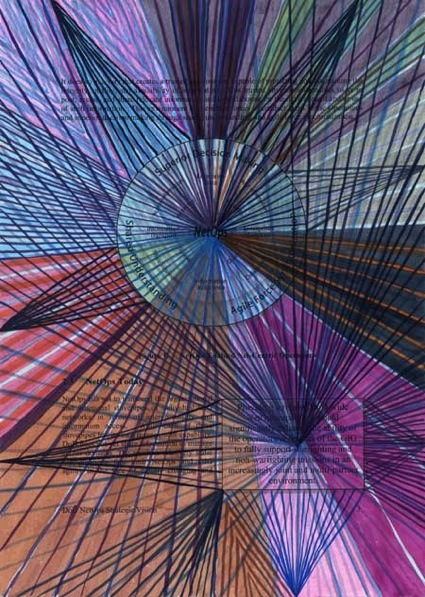 The abstract black shapes of CIA Black Sites are supposed to silhouette secret CIA interrogation centres. The drawings directly reference Malevich’s Suprematism compositions to evoke the CIA’s support of abstract art in the 1950s while the title of the work alludes to the secret prisons where terrorism suspects are held, interrogated and kept out of the view of the public and the law. 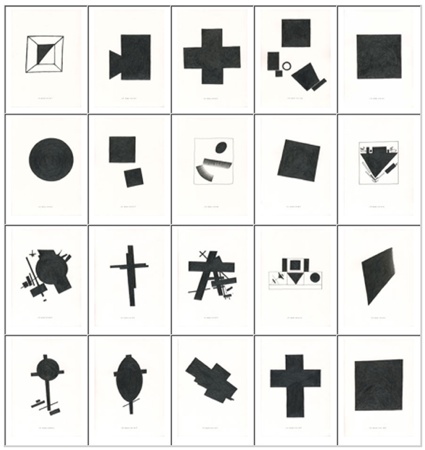 The KGB works in the ART FOR OLIGARCHS series (a series which also includes a stunning STASI Wallpaper that recall the ubiquity of pre-digital surveillance and which i was silly enough not to photograph) points to the overlap between people who were powerful in the security agencies of the USSR and the new turbo-capitalist powerbrokers and the Post-Soviet oligarchy that the Western contemporary art market has become so dependent on. 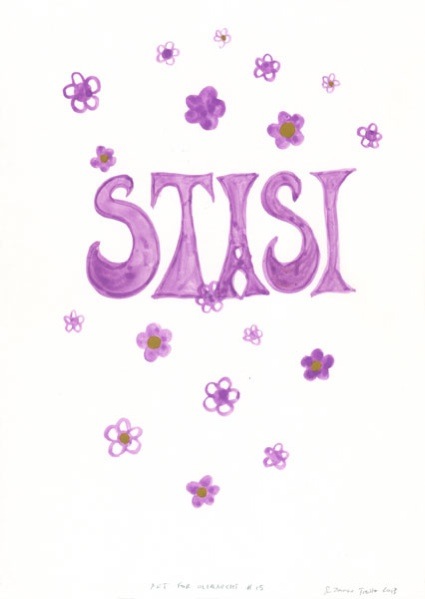 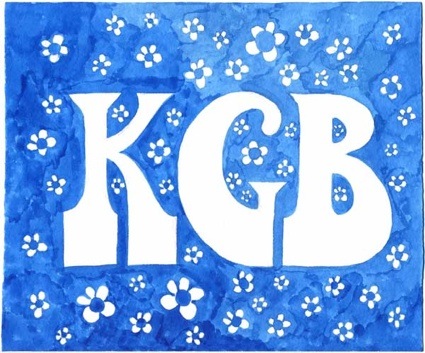 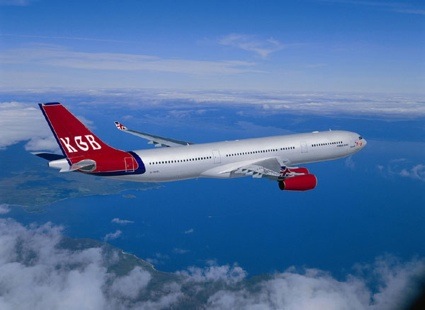 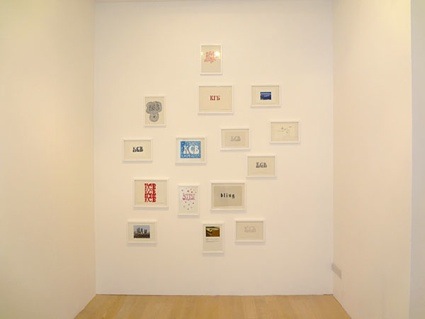 In each orchis militaris flower, the sepals and side petals are gathered together to form a pointed “helmet” (whence it gets its name). By this point you will probably see evil and machination everywhere, so please do let your imagination run wild. 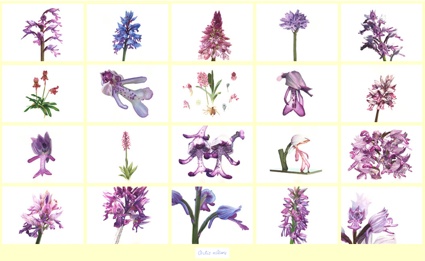 emeyefive looks at the life of Stella Rimington, the first head of the British Intelligence agency MI5 whose name was made known to the general public. The name of the director of the agency had so far been regarded as a state secret but an investigative campaign by the New Statesman and The Independent newspaper published photos of her, forcing MI5 to roll out on a new programme of transparency. 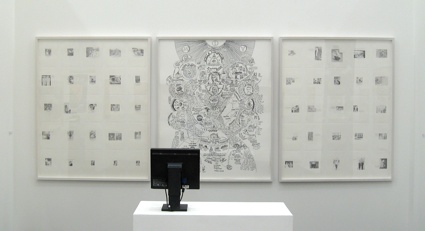 Suzanne Treister, In The Name Of Art and other recent works is open until 22 January 2014 at Annely Juda Fine Art in London. DON’T MISS IT!