The programme of Project Space, the quiet gallery by the side entrance of Tate Modern, almost in front of the gadget shop, is often bolder, brainier and more socially-engaged than Tate’s more blockbuster offerings (the Lichtenstein retrospective is a joy, btw.) Project Space is now showing Ruins in Reverse, a small-ish exhibition that takes its title from a a paragraph from an essay that land artist Robert Smithson wrote in 1967 while he was visiting industrial ruins in New Jersey: That zero panorama seemed to contain ruins in reverse, that is -all the new construction that would eventually be built. This is the opposite of the ‘romantic ruin’ because the buildings don’t fall into ruin after they are built but rather rise into ruin before they are built. This anti-romantic mise-en-scène suggests the discredited idea of time and many other ‘out of date’ things. (…)’

Six artists were invited to show existing or specially commissioned work that consider the -sometimes fictitious- relationship between historical monuments and urban ruins. 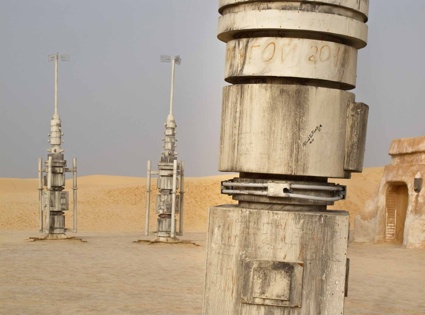 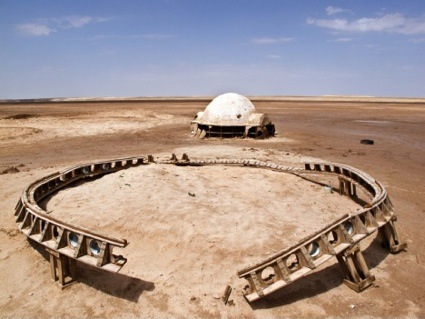 No More Stars (Star Wars) is perhaps the series that most clearly embodies the idea behind the show. Rä di Martino photographed the quietly decaying Star Wars movie sets in the deserts of Tunisia, which now look like an undusted archaeological site. I like the fact that her photos intrigue and attract the eye even if at first, you have no idea that they show the dissolving remains of a cult sc-ifi movie. 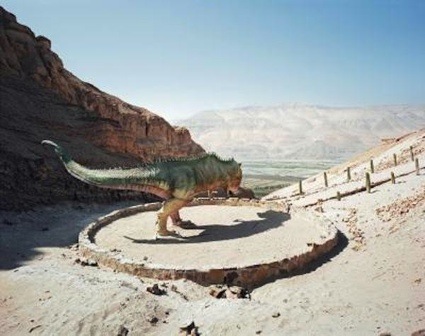 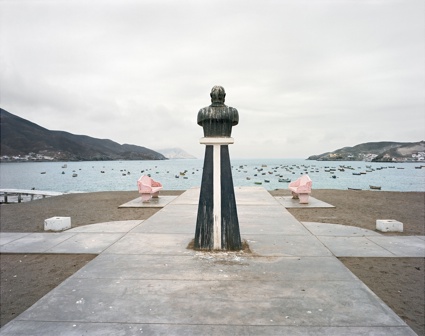 Pablo Hare‘s Monuments series documents the proliferation of public statuary on public squares and in the landscape of the young Republic of Peru. These dolphins, dinosaurs, Ancient Greece-style statues and other sculptures are sad rather than majestic and are often at odds with the spirit of a place they are supposed to epitomize. 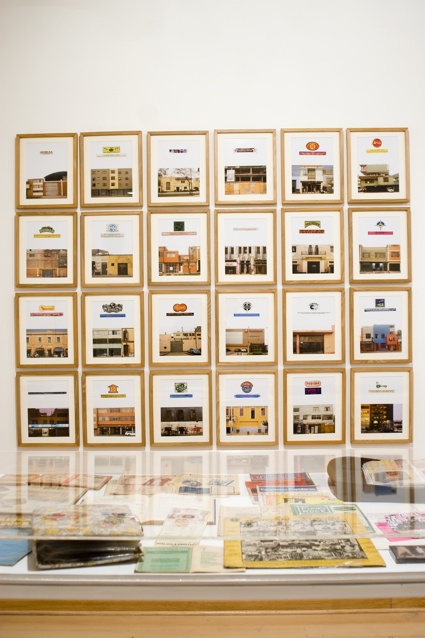 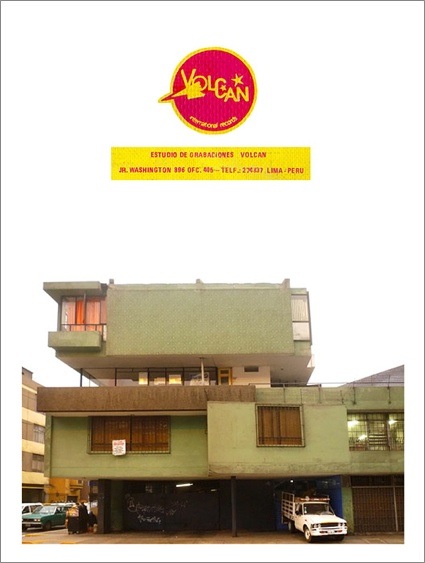 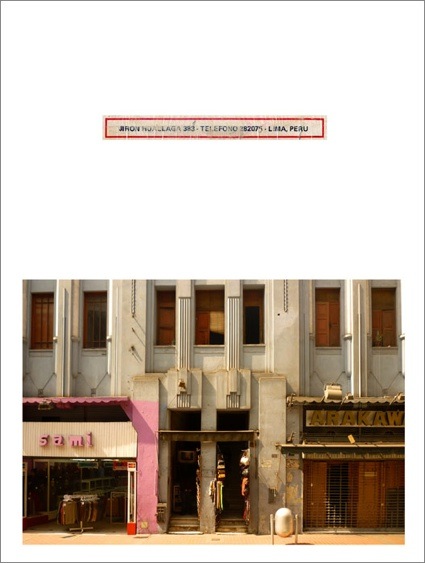 Eliana Otta‘s Archaeology as Fiction surveys and maps the decline of Lima’s (analogical) record industry since its 1960s and 70s heyday, and the concurrent construction boom taking place in Lima.

The artist wrote down the addresses she could find printed on the records she owns and hunted for their location in the city. Most have disappeared and the buildings are either crumbling or have been replaced by offices of the Opus Dei.

The installation at Tate shows cassettes, photos, CDs, vinyls, lyrics written by hands or printed, etc. Each artefact has a material relationship to music and to an era that might now look like fiction to people who grew up with digital culture. 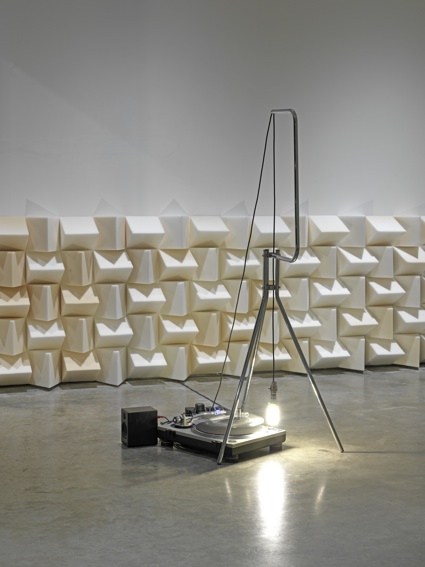 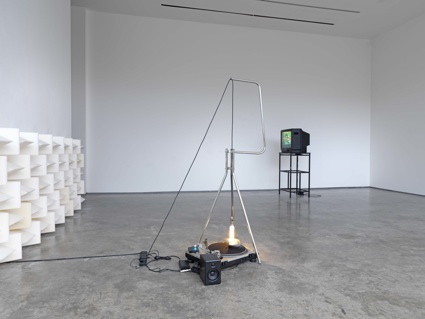 Haroon Mirza‘s sound installation Cross Section of a Revolution combines turntables, radio set and computer keyboards, fragments of technological obsolescence that form part of our domestic archaeology, with intangible fragments of the fast-paced Internet era. A TV monitor is repurposed to deliver a YouTube clip of a public speaking competition in Lahore. The turntable assemblage emits a repetitive electronic sound. It sounds like cacophony, i’ve no clue what the guy on the screen is talking about but the result is rather engrossing.

This way for the video. 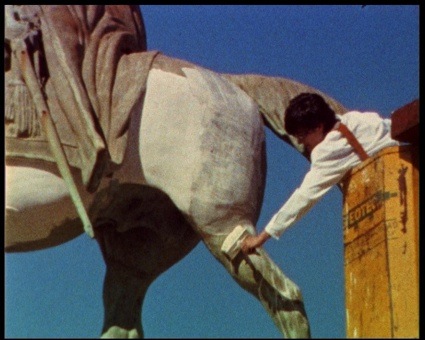 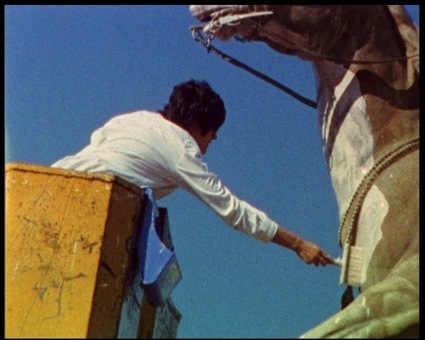 Other works include Amalia Pica’s video On Education showing a man painting an equestrian statue and a commission by José Carlos Martinat which explores the idea of the neglected urban ruin. The artist hung resin skins peeled from Lima’s city walls by the windows of Tate Modern. They show ads and graffiti and they assume a whole new meaning when hanging inside the museum space.

Center for the Aesthetic Revolution has more photos and info.