This year, the New Zealand pavilion at the Venice Art Biennale will feature lists of inventions, life forms, phenomena and “things” that no longer exist. The work traces a kind of “history of progress” through the history of obsolescence. Although the “things” listed are now lost to us, their existence still lingers in the present. We might not see them anymore but they’ve made this moment possible. 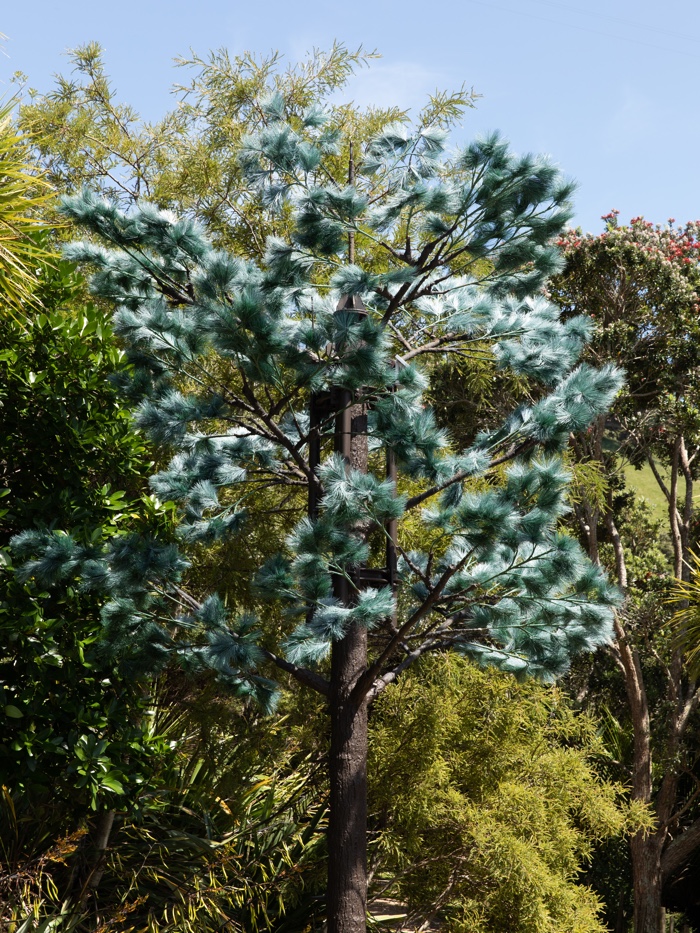 The lists will be broadcast throughout the city via a network of tree cell towers, the often derided communication towers that camouflage as nature. The fake trees are being installed in various historical sites across Venice: 3 will be located at the New Zealand pavilion as a sort of networked plantation, and 4 in other sites across Venice. Inhabitants and tourists will be able to hear a whispering of the lists as they walk by the synthetic trees. 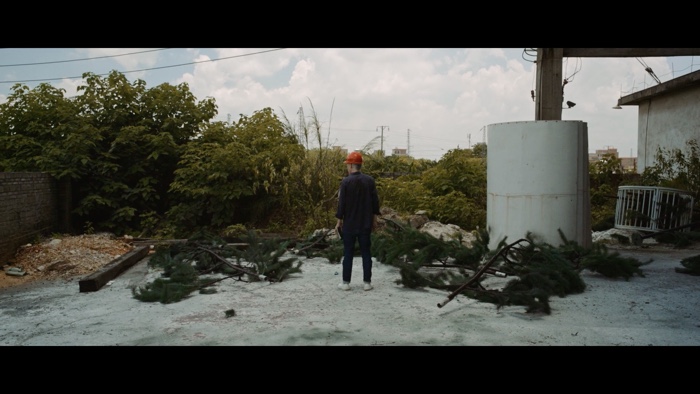 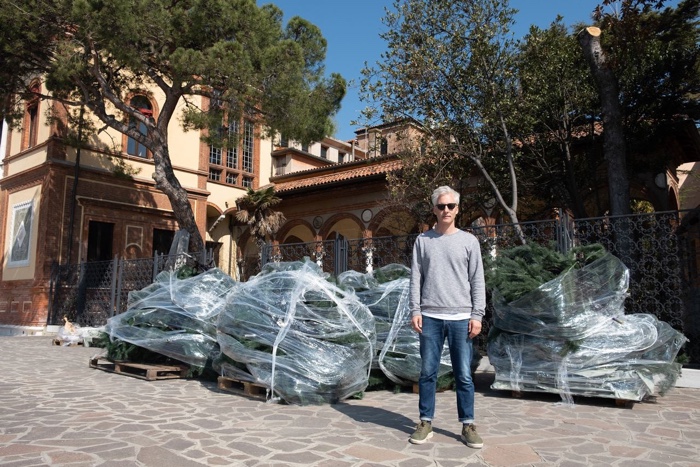 Dane Mitchell during the installation of the work at Palazzina Canonica in Venice. Image facebook

The artist behind the project is Dane Mitchell, an artist interested in the physical properties of the intangible and visible manifestations of other dimensions.

“We all live in some sort of technological filter bubble,” Mitchell told me when i asked him what guided the selection of lists of defunct things. “The work pushes up hard against the edges of my own — it is undoubtedly an expression of the perimeters of knowledge I might have access to. The work embraces the fallibility of encyclopedic thinking — it is a (western) delusion to assume that we might be able to ‘hold’ the world in such a way, however, Post hoc is contradictorily an attempt to momentarily hold aloft these vanished things that sit under our present moment.

The lists are very much generated by, and authored by me. In this way they have a poetic logic…one list leads to another leads to another and onwards. I started with ten, and was apprehensive about the task of amassing this list — a list that reads for seven months, averaging 25,000 words a day — but through a meandering approach the lists grew. The filter bubble is also an expression of the types of material forces I’m interested in, be it in relation to science, belief, materiality, etc. The ‘bubble’ is certainly an expression of my own habits and predilections.” 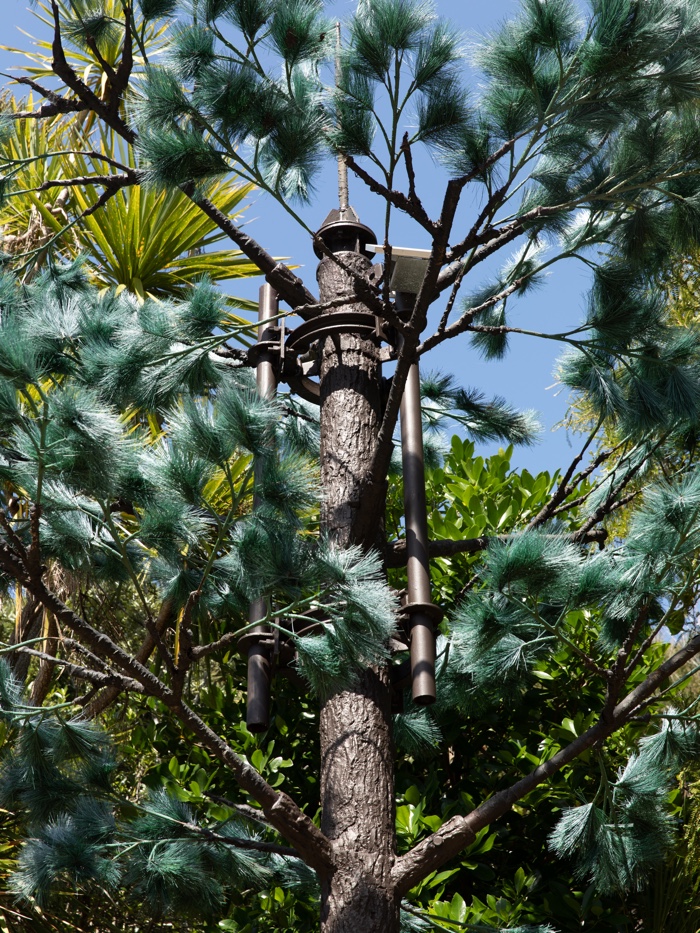 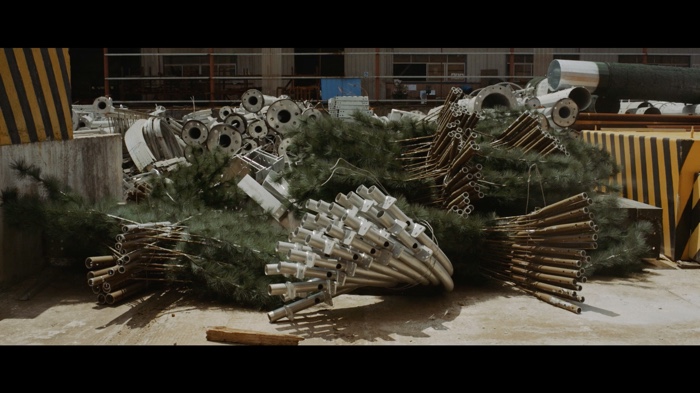 This year, the New Zealand pavilion will be located inside the Palazzina Canonica, the former headquarters of the Marine Research Institute. The Giardini, the historical site of the biennale exhibition, has space for only 29 pavilions of foreign countries. New Zealand is not one of them. Like many other nations, it has to find a palazzo elsewhere to host its exhibition. Dane Mitchell, however, has devised a cunning way to sneak inside the Giardini of the Biennale. He installed one of the tree towers in the Parco delle Rimembranze, a nearby park covered in (natural) pines. Visitors touring the Giardini of the biennale will be able use their wifi-enabled device and grab the transmissions emitted from the neighbouring green space.

I admire the bravery and irony of creating a project that highlights disappearance in a city that’s slowly sinking into physical oblivion. Without even mentioning the art biennial, a format that’s often been labelled as ‘outmoded’.

Interestingly, the title of the exhibition is “Post hoc” which translates to “after this” in Latin, the most famous dead language of the Western world. 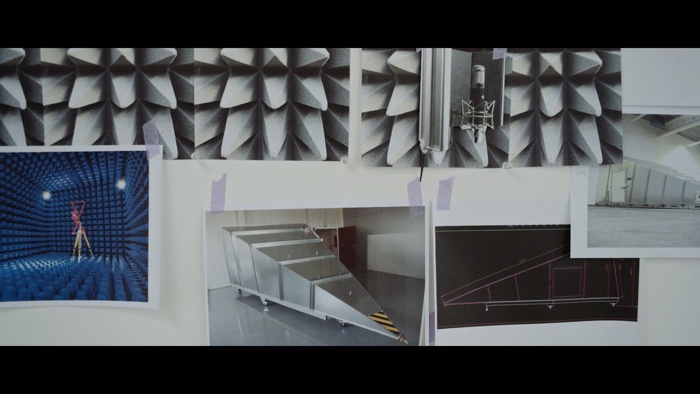 If you want to know more about the project, do check out Dane Mitchell’s discussion of it a few weeks ago at daadgalerie in Berlin:

Dane Mitchell, Post hoc is on view at Palazzina Canonica (and across the city), the New Zealand Pavilion at the 58th Venice Biennale, from 11 May until 24 November 2019.