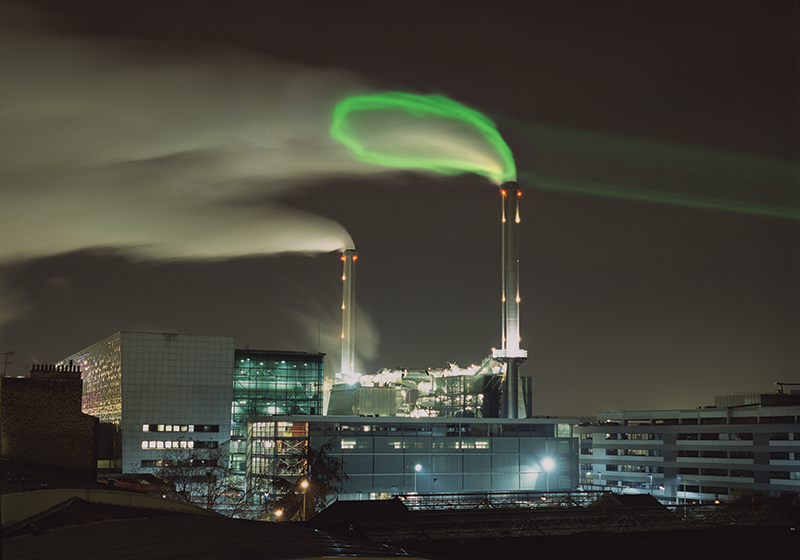 I was planning to write a fluvial post that lists some of the most interesting artist books i’ve received over the past few months. HeHe‘s book Man Made Clouds was going to be one of then. Then i started reading it and realized it was far more than a glossy artist book. 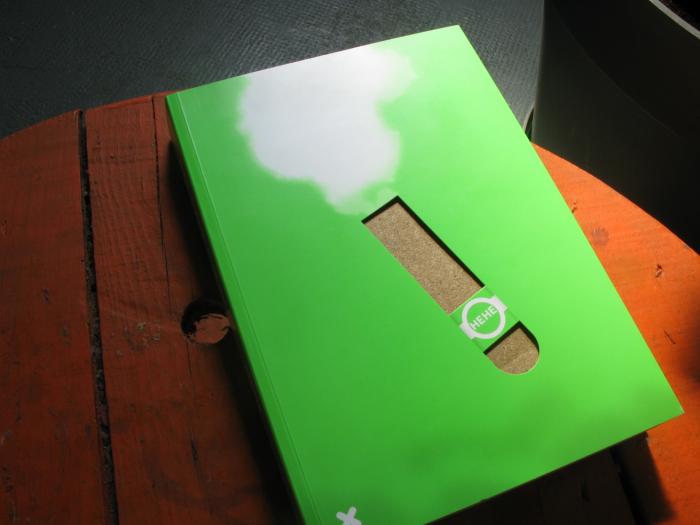 Man Made Clouds is a fascinating anthropological, cultural, and historical look at clouds in all their shapes and guises: smoke, fog, vapor, steam, mist, puff, etc. Clouds in their purest, most ethereal forms and clouds in their most radioactive ones. Electromagnetic clouds and clouds manipulated by climatic engineering. Clouds that move through the sky, clouds that evoke a spiritual aura, clouds in meteorology, natural sciences, phantasmagoria, religious painting, advertisement, politics, aesthetic, energy, etc.

Essays by Jens Hauser, HeHe, Noortje Marres, Gunnar Schmidt, Malcolm Miles and Jean-Marc Chomaz hover between the poetical, the amusing and the worrisome. One moment you learn how the cigarette was a product specially designed to make it acceptable for women to smoke in public. Next you are invited to reflect upon the ethical risks of turning industrial pollution into entertainment. 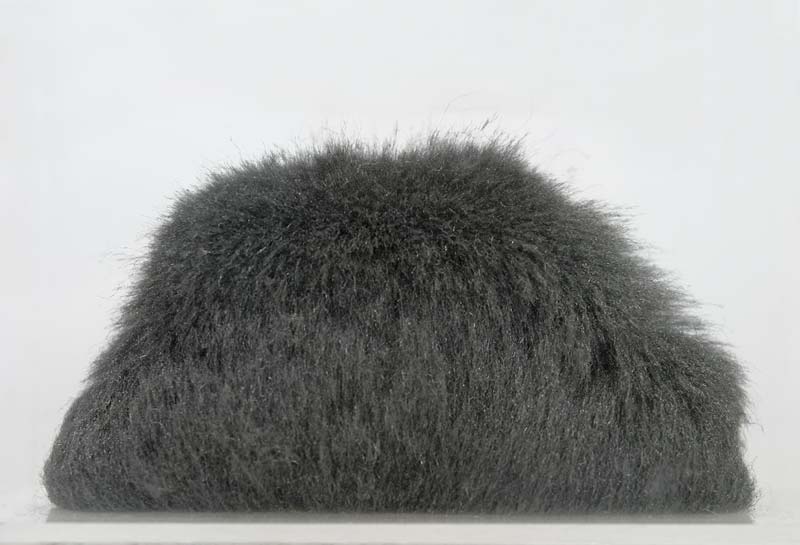 R&Sie(n), Dustyrelief / B_mu, a 2002 design for a building that attracts the fine dust particles suspended in the polluted city air and uses them to. Photo: ©François Lauginie 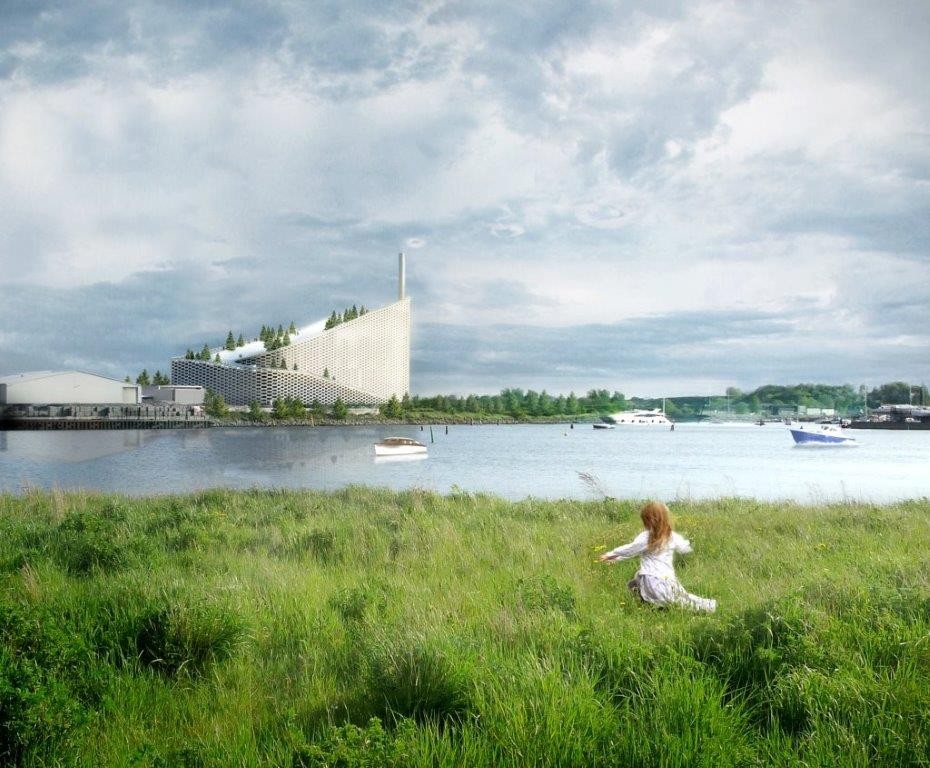 BIG, Amager Bakke, a ‘waste-to-energy plant‘ in Copenhagen will house a ski-slope on its roof and will emit CO2 emissions in bursting smoke rings 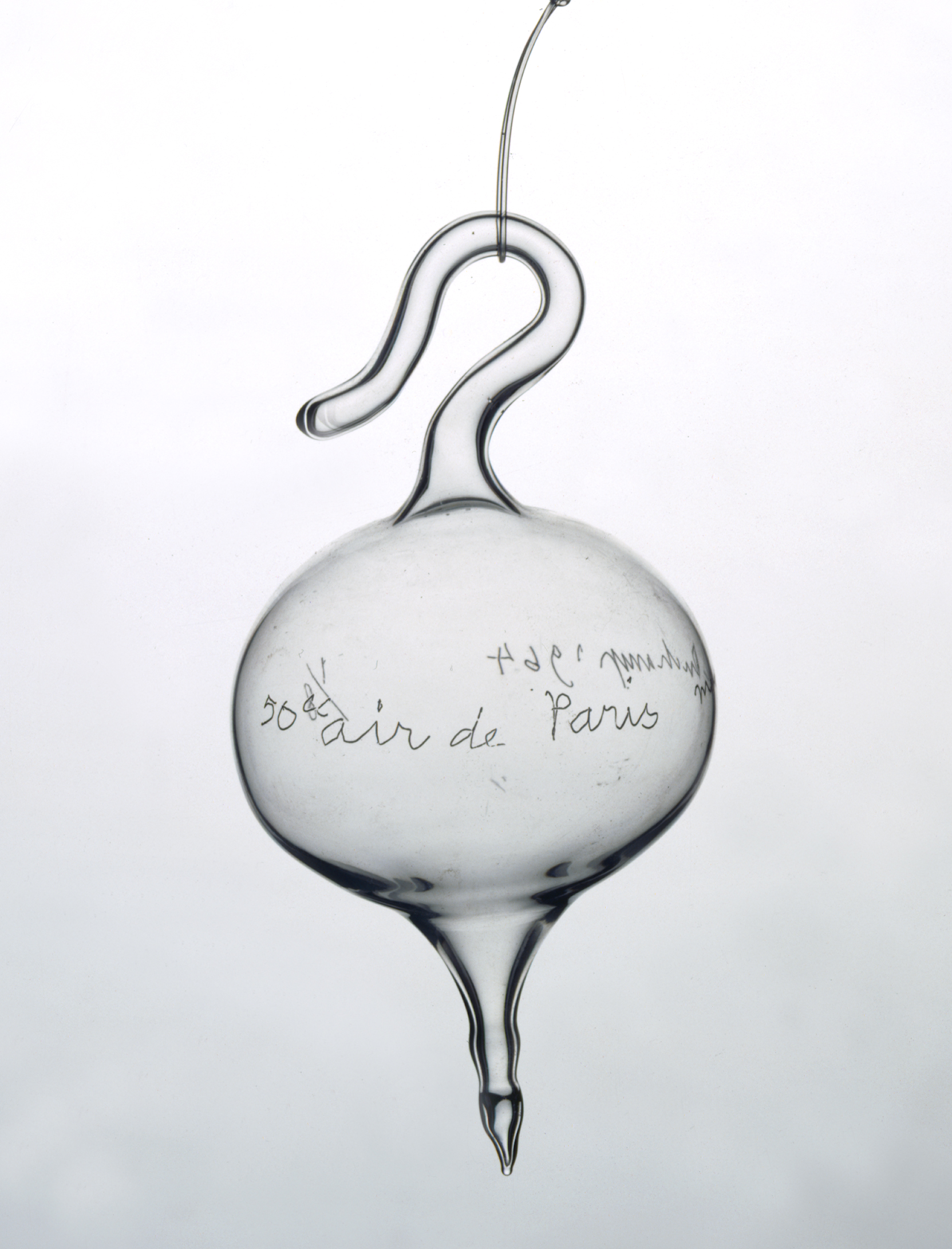 Made Made Clouds reminds us that clouds are far more than masses of condensed watery vapour. They are natural, aesthetic and industrial entities that are weighed down by our dreams, our reliance on (increasingly invisible) technology and by the disasters of the Anthropocene. And if that wasn’t enough, it is also a publication that puts the relentlessly witty and pertinent work of HeHe into the broader cultural context it deserves: 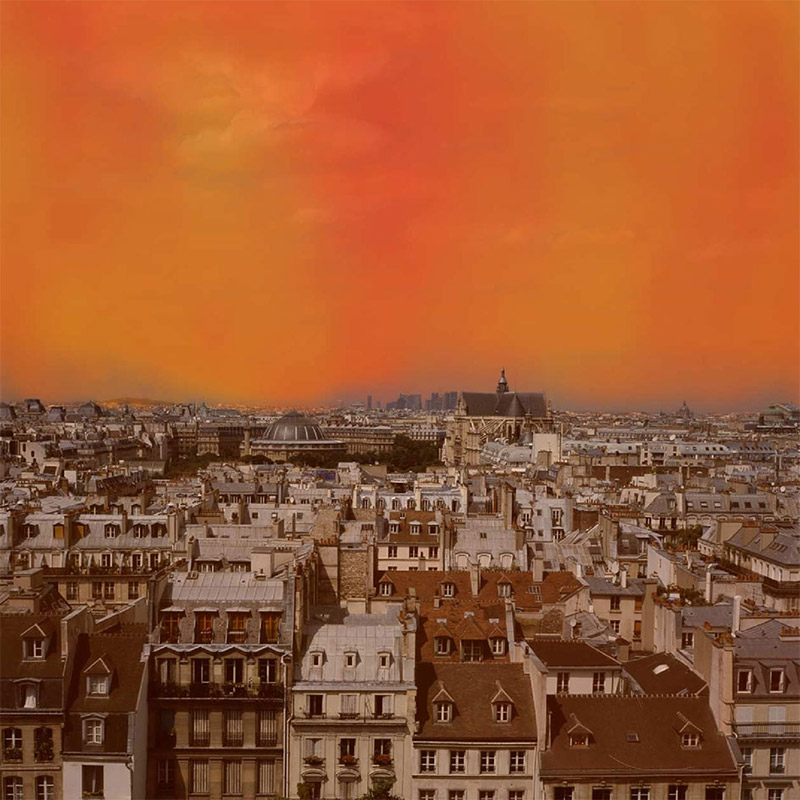 Champs d’Ozone frames a view out of a window onto the skyline of Paris, where the real sky is veiled by a screen that changes colour according to the amount of pollution. Measurements of ozone, nitrogen dioxide and small particulate dust, supplied by air quality monitoring stations in the centre of the city, are translated into a sound and colour spectrum. The projection on the screen changes from blue through to red as these toxins increase, so that we see the level of potential danger in the air of the city. 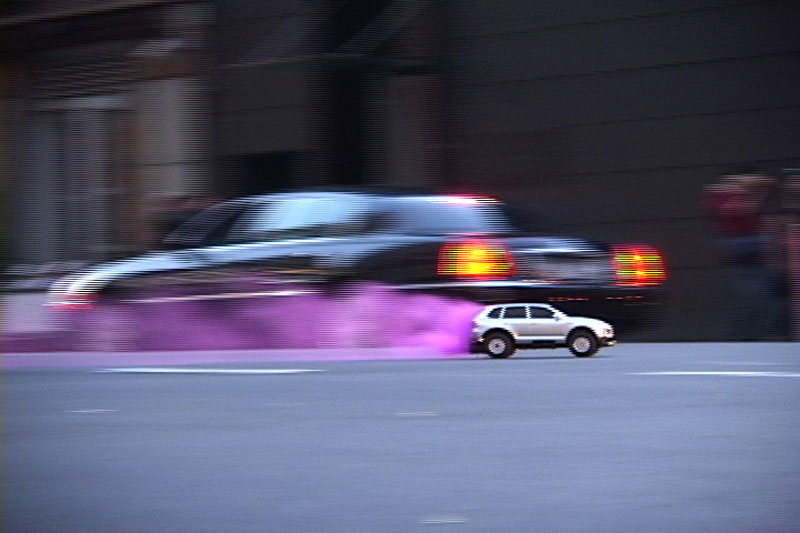 Performance with remote controlled car in the streets of New York. Starting from Brooklyn throughout Manhattan the realistic Porsche Cayenne Toy car spills out coloured emissions (before it got run-over by a bus on 5th avenue), which the ubiquitous sport utility Porsches do so efficiently. Also Toy Cars need emissions.

Plane Jam: A model Airbus A380 jumbo jet flies in a loop between the Theatre Royal and the next door Dencora House, a quiet residential block in the historic centre of Norwich. There is no measure by which we can estimate the size of a plane in the sky, so a viewer might be tricked into believing this was just a plane flying by, except for the white fluffy cloud emitted and the wiggling that only miniature planes do. The jerky movements means that Plane Jam could never be fully credible as a plane but is sufficiently irregular to attract attention to its polluting emissions. 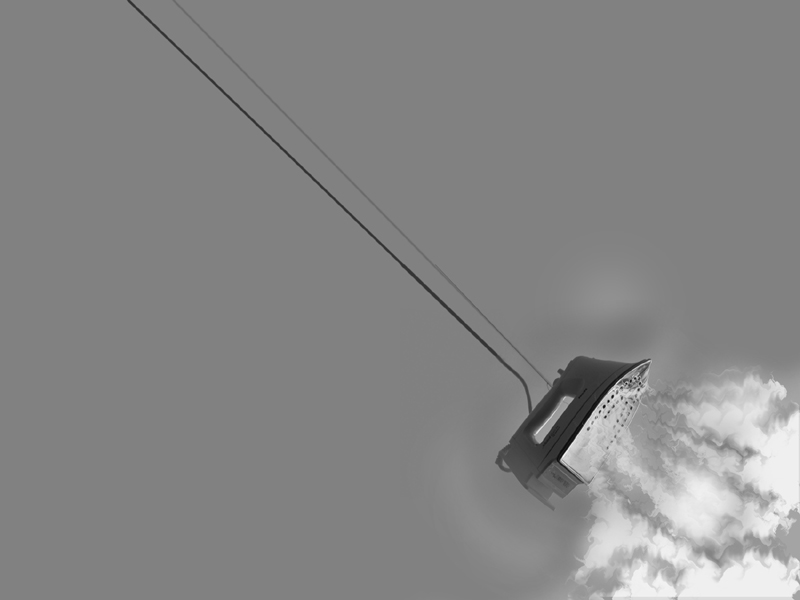 Catastrophes Domestiques (domestic catastrophes) takes a look at our emissions culture from a more tangible, gaseous point of view, from a domestic scale. A series of low-tech experiments and electrochemical and electro-mechanical hacks that divert ordinary electric appliances. 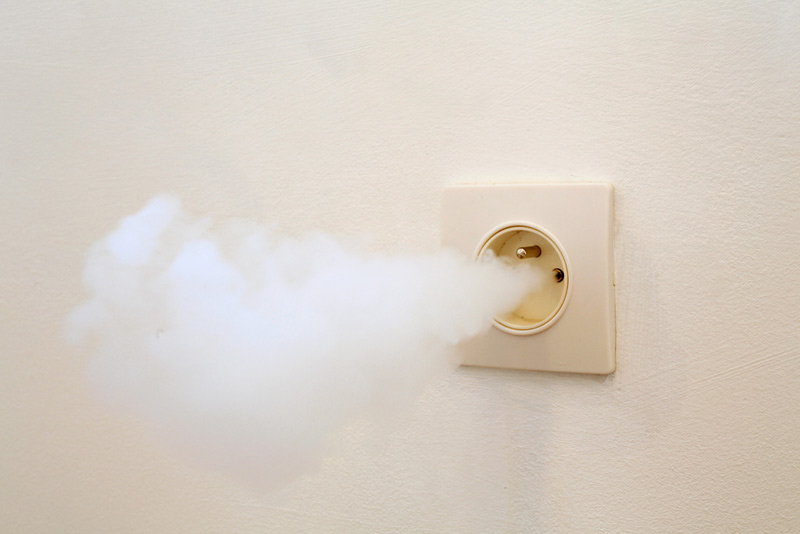 Prise en charge is a word play on a french expression which means ‘to be taken care of’, to ‘take responsibility’ and the more literal meaning of a plug charged with electrical current. 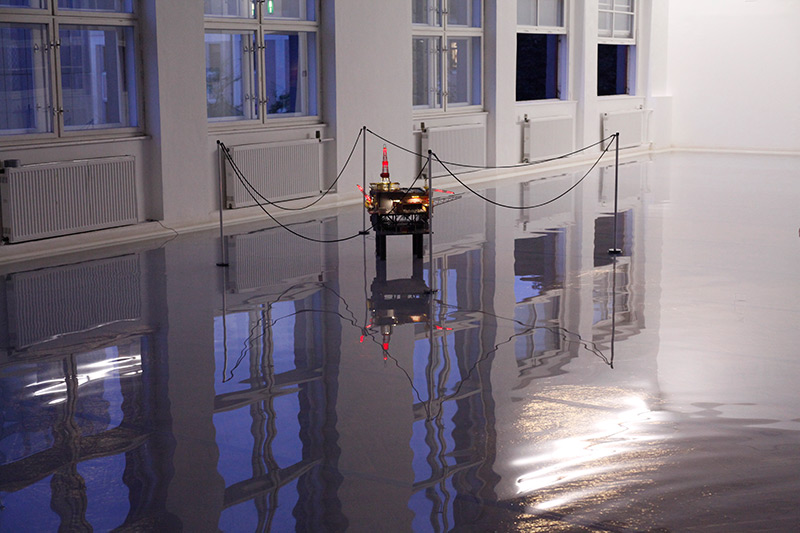 Is there a horizon in the Deep Water? is a performance that reconstructs, in miniature, the 2010 explosion on the Deepwater Horizon oil drilling rig in an outdoor swimming pool. The BP oil spill, the largest ever recorded marine oil spill, caused immense damage to ocean and coastal wildlife habitats across vast areas in the Gulf of Mexico. 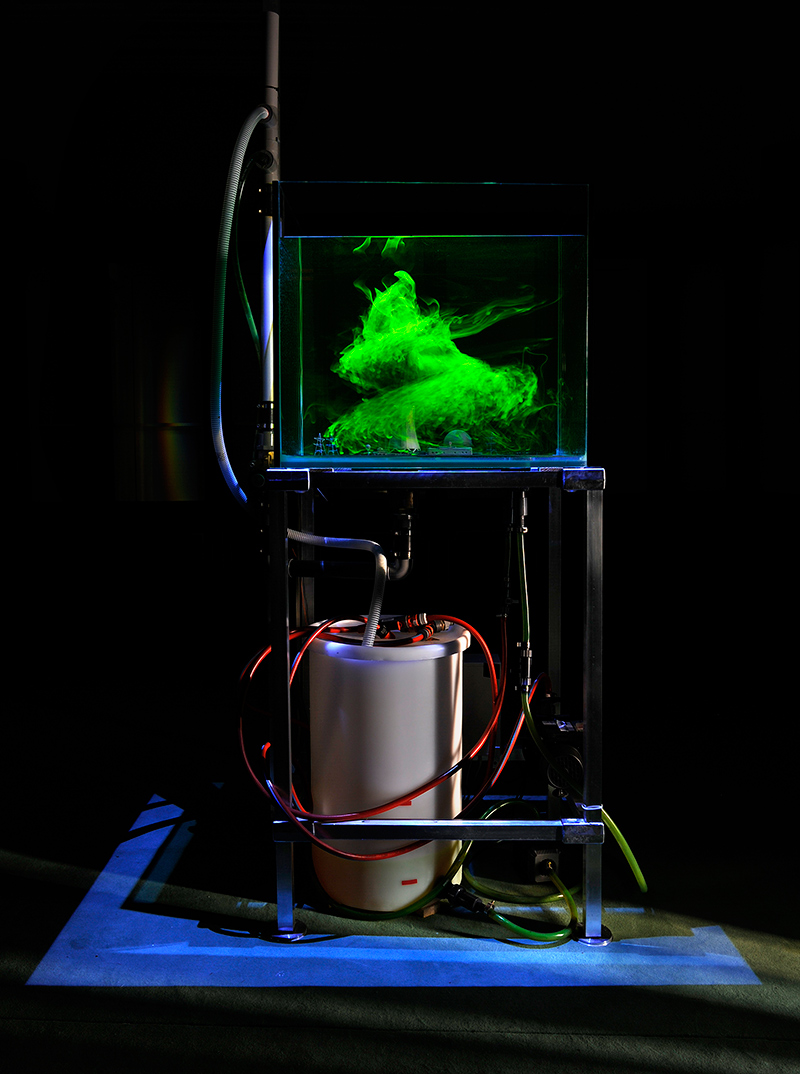 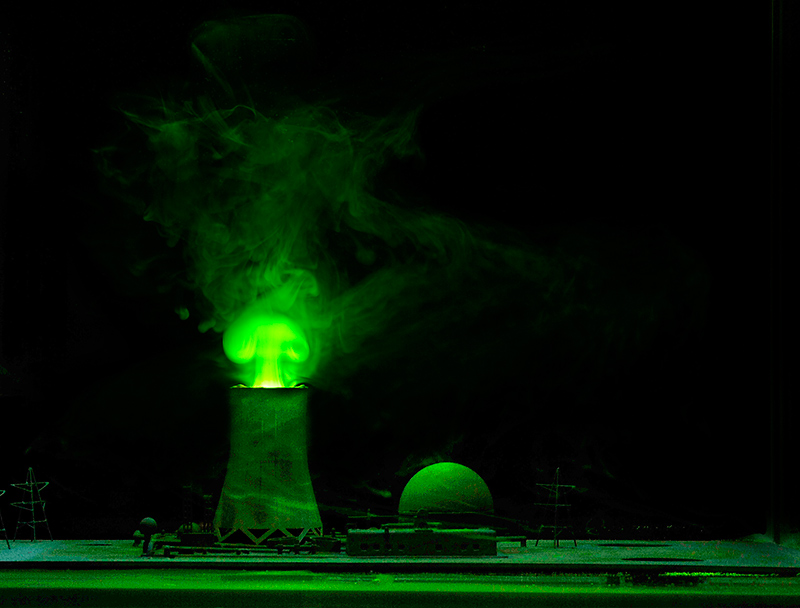 Fleur de Lys is composed of a realistic model of an industrial facility contained within a glass water tank which simulates a nuclear meltdown. 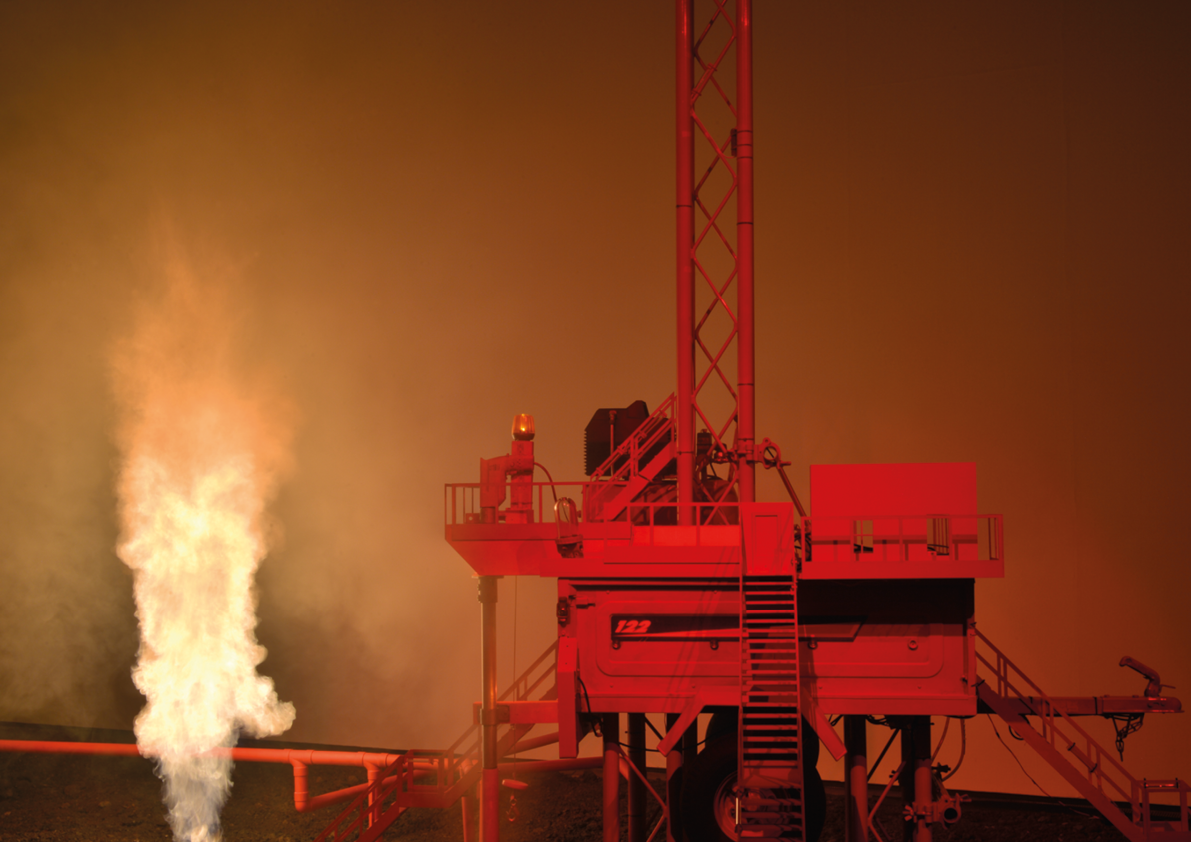 Fracking Futures stages a scaled down model of a hydraulic fracturing site for extracting shale gas. 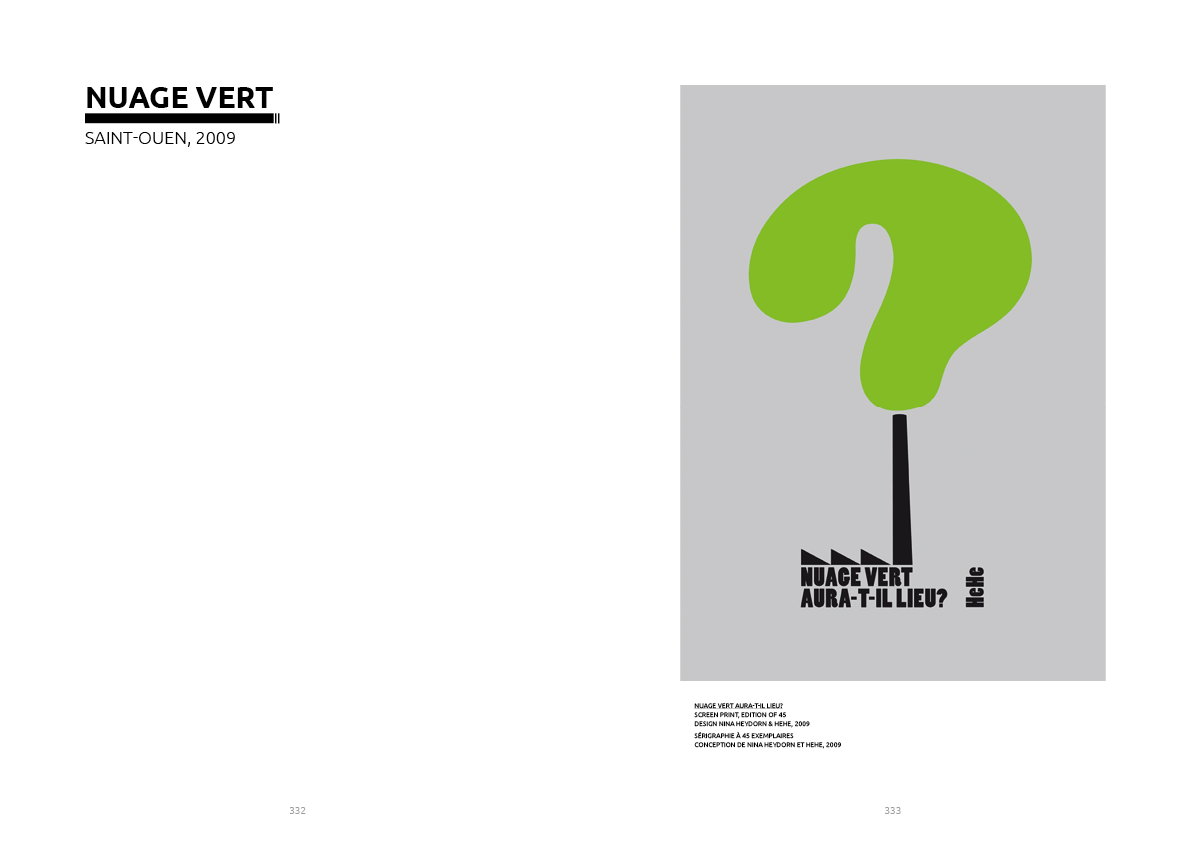 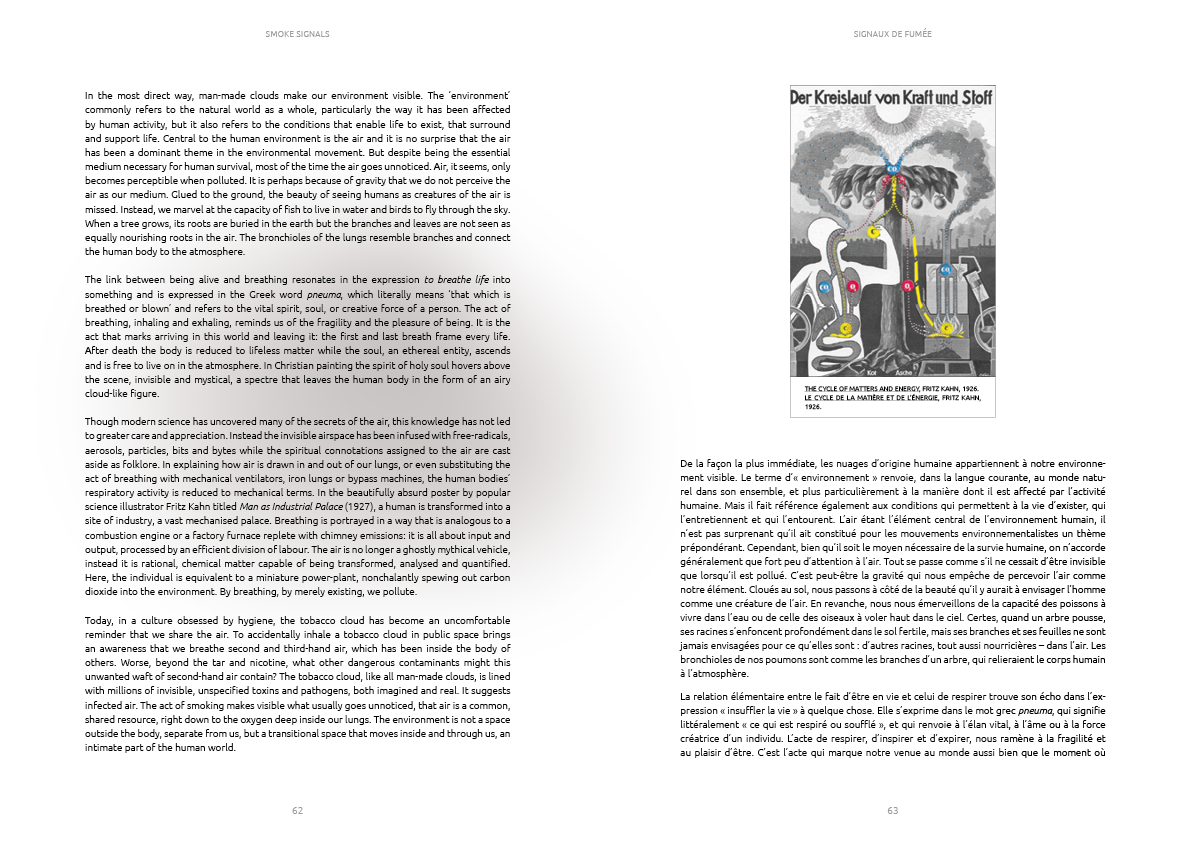 Man Made Clouds is bilingual english-french. Each copy contains an ex libris made by hand from 100% organic tobacco, specially cultivated in the soil of Pollinaria, in Italy. Each tobacco leaf was dried, cooked and transformed into paper using tradition paper-making techniques. Readers are invited to smoke it.