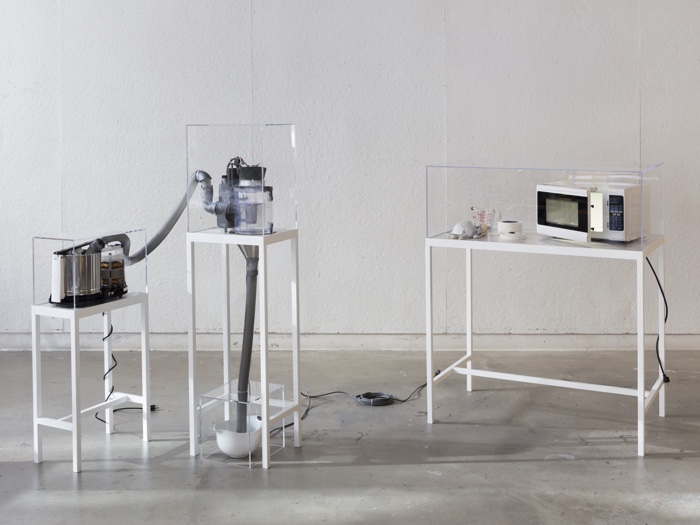 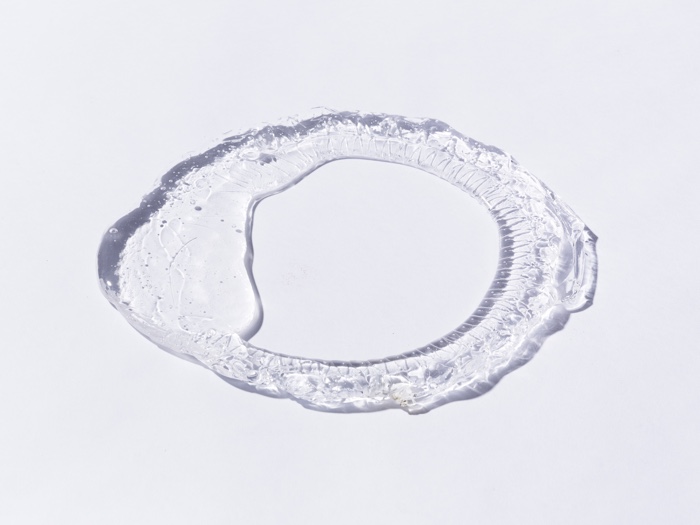 Patriarchal mindsets, abuses and discrimination make India a dangerous country to be a woman. The violence against women can take many forms. Some are blatant such as female foeticide, rape and dowry. Others are more subtle and embedded into mainstream culture.

Take glass bangles for example. The colourful pieces of jewellery are worn by married women all over India. The meaning and rituals associated with bangles may differ from state to state but the essence remains the same: women should never remove nor break them as it would be bad omen for the husband. The bangles are thus handled with great care, making them more precious than the women who wear them. When the husband dies, the glass bangles are smashed from the widow‘s arms. 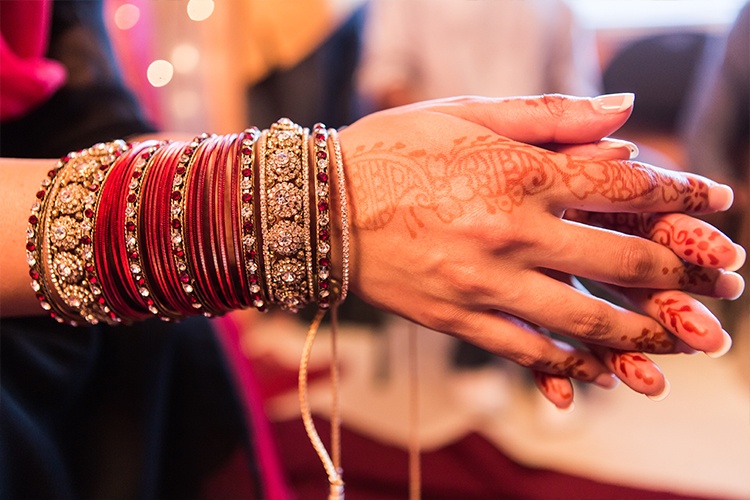 Maya Jay Varadaraj sees the glass bangles as gestures and objects that condone the oppression of women and normalize violence towards them. While studying at the School of the Art Institute of Chicago under the guidance of Ilona Gaynor, the young designer developed a project that uses ordinary household objects to reduce these bangles to dust and then transform them into chakras. A chakra (or chakram) has the same circular shape as the bangle but in the right hands, such as the ones of the female goddess Durga, it becomes a throwing weapon, a symbol of female power and energy.

She explained me why she believes that the tradition of wearing bangles so objectionable:

“These bangles transcend class. When I tell my family that I refuse to wear them during my wedding, they immediately react by telling me: ‘You are destroying your own culture.’ But why would I want to support misogynic aspects of a culture?

Nowadays, women and men are protesting the treatment of women in India but they don’t question the symbols of misogyny because they are attached to their cultural aspects and I find that very hypocritical. That’s also one of the reasons why I wanted the destruction process of the bangles to be transparent: it is an irreverent way to react to the symbol. It signifies that ‘culture’ doesn’t justify everything” 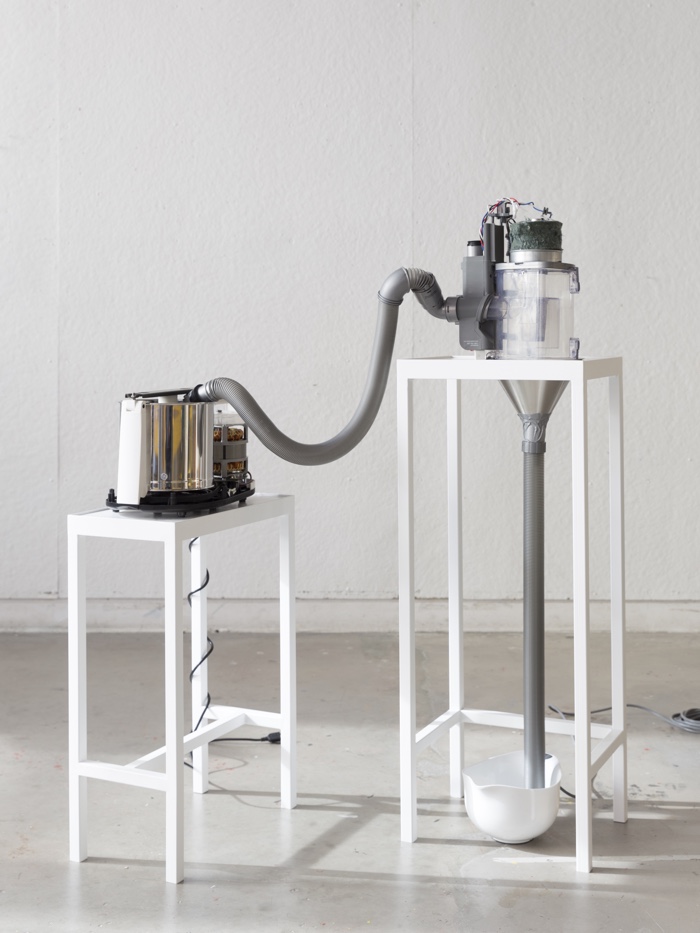 First, the bangles are crushed inside a wet grinder (an appliance used often in Indian cuisine for grinding food grains to produce a paste or batter.) The grinder connects to a vacuum cleaner that sucks up all the shards and drops them into a mixing bowl. 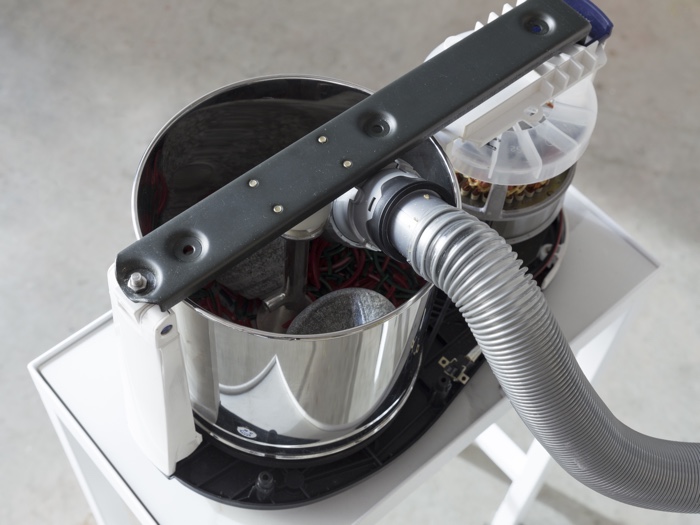 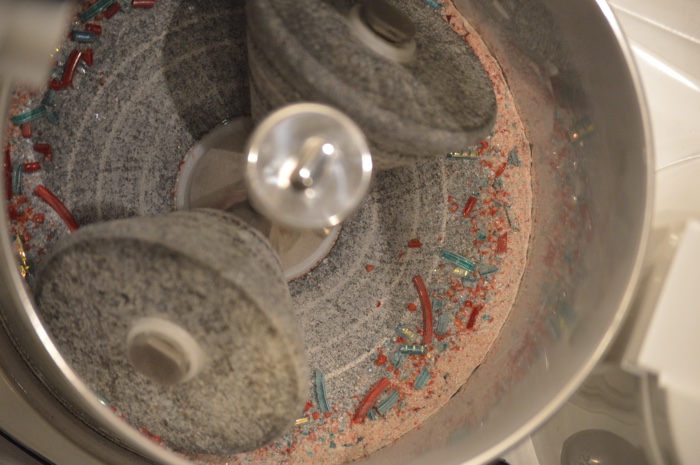 In the final step in the transformation, the shards are spread in a circular motion and placed inside a microwavable kiln. After a few minutes, the shards have melted into chakras. 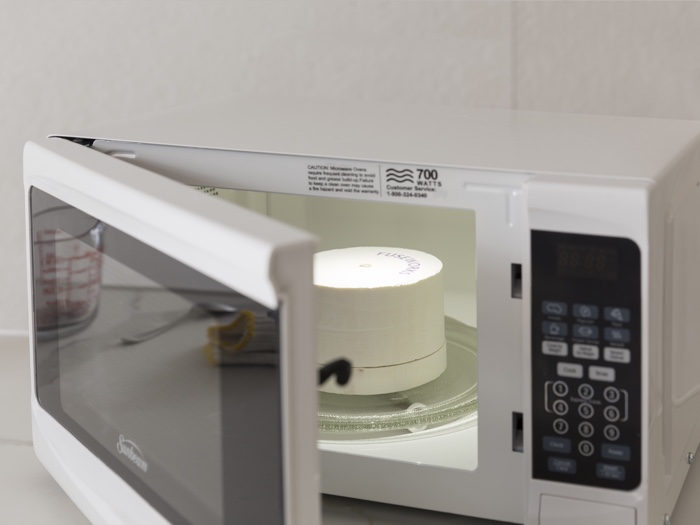 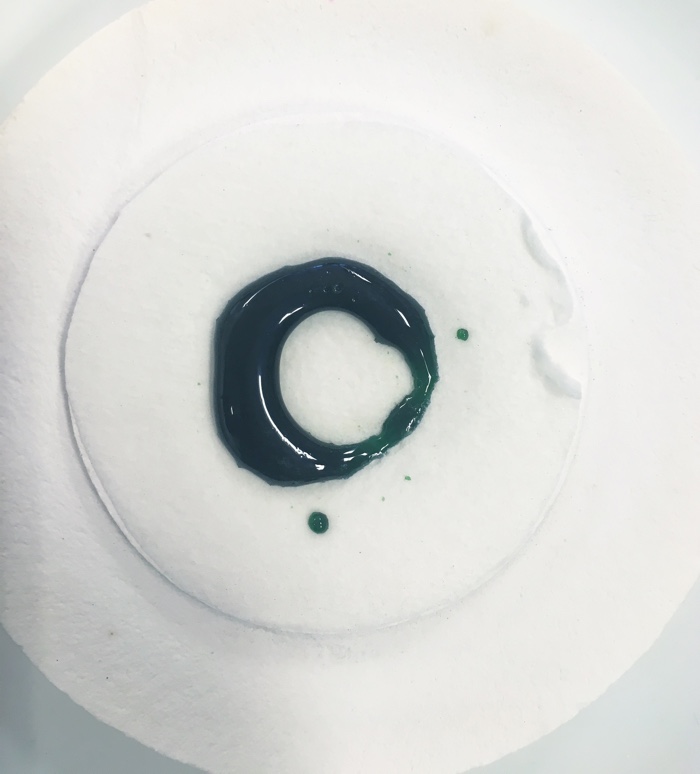 Maya Jay Varadaraj, Chakra made in a microwavable kiln 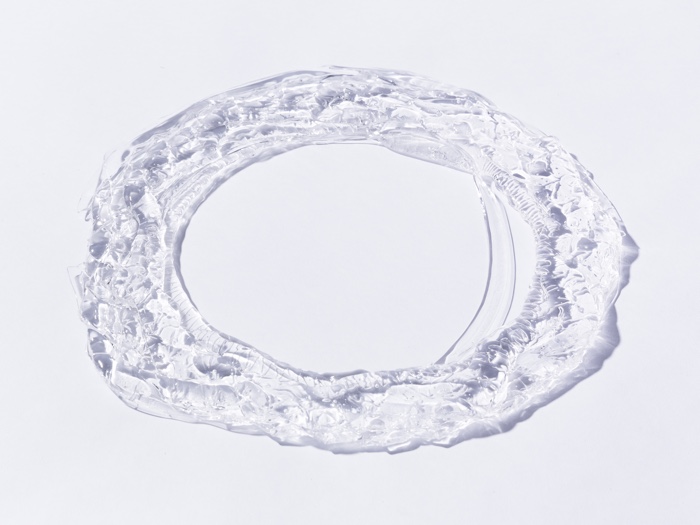 The project is called Khandayati, meaning “to break” in Sanskrit. “A lot of Indian epics and laws were first written in Sanskrit and then translated into all the other languages,” the designer explains. “It was important to me to use the same language while confronting these laws and traditions.”

The objects are displayed under acrylic vitrines as if they were anthropological artifacts documenting the protest of Indian women who had hacked pieces of household electronics in order to destroy and transform objects that forcefully defined them.

In addition to objects, garments, and traditions, the identity of women in India has also been prescribed by idealized imagery such as the ones printed on the calendars sold by the Empire Calendar Company. Varadaraj modified some of these images through digital collage in order to question and confuse traditional identities. 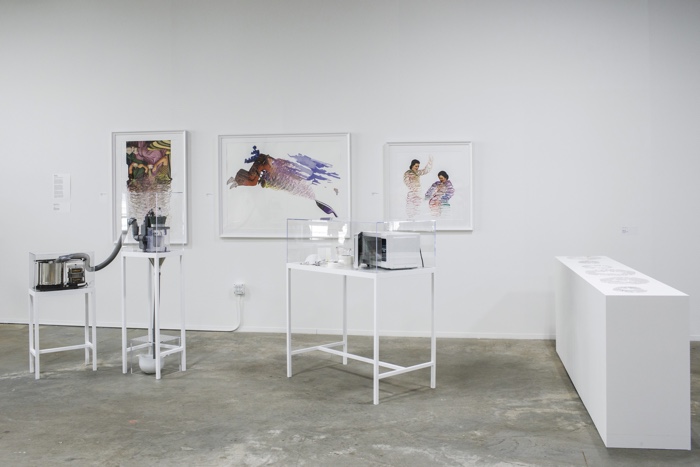 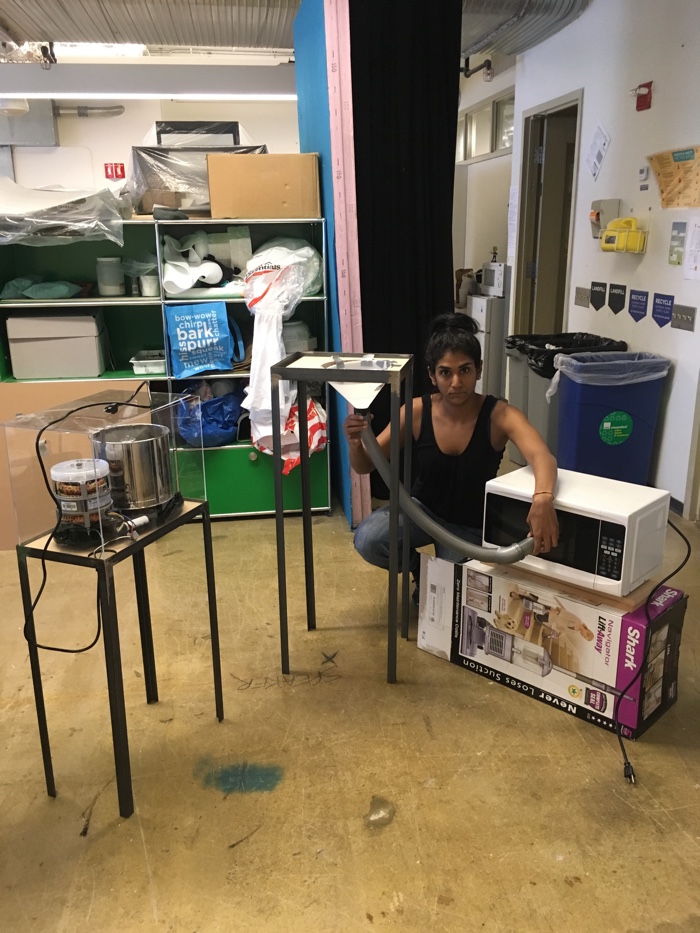 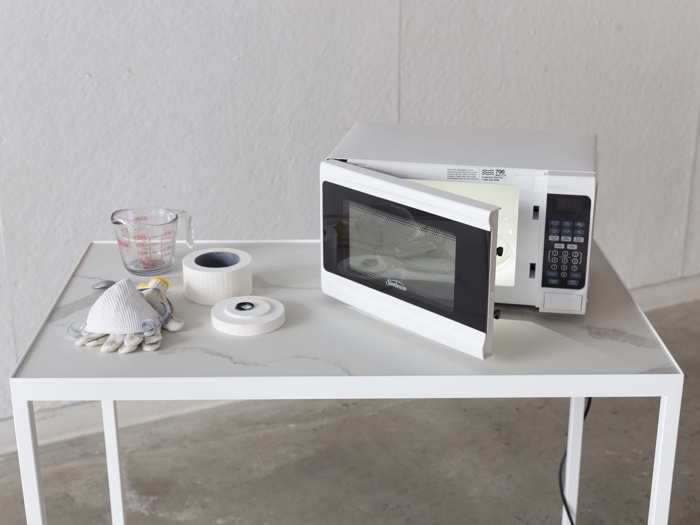 For more details and background, check out the Graduate Student Lecture that Maya Jay Varadaraj gave at SAIC a few months ago.