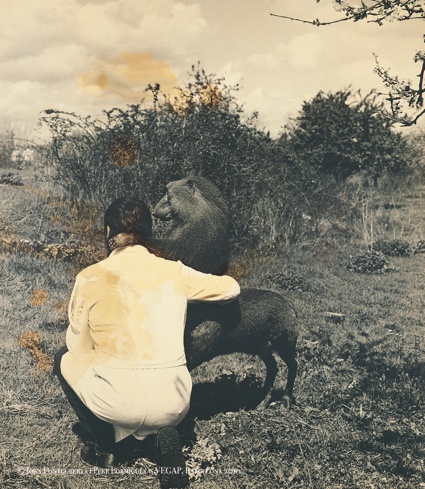 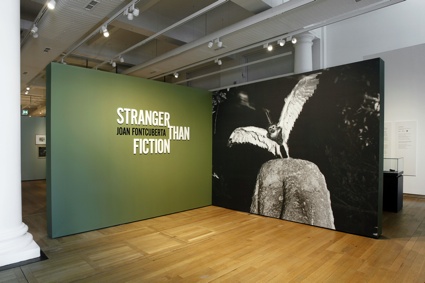 The Media Space at the London’s Science Museum has recently opened a retrospective of photographer Joan Fontcuberta‘s work. The series on show explore constellations, geography, natural history and many more science-related topics. Each of the body of works exhibited would deserve its own blog post but i’m going to focus on the Fauna series because it brings to the attention of the broader public the long-lost archives of a German zoologist called Professor Peter Ameisenhaufen.

Fontcuberta discovered the archives by chance during a trip to Stockholm with his friend writer and photographer Pere Formiguera. Ameisenhaufen gained fame in the first half of the 20th century for his controversial research on rare animals. Many of his colleagues refused to believe these creatures were real but Ameisenhaufen spent decades collecting evidences of their existence. The archives uncovered in the late 1980s by Fontcuberta were surprisingly rich and well detailed: photos, field notes, dissections drawing, audio clips documenting the calls and other sounds of these truly exceptional animals. Several specimens were even remarkably preserved by taxidermy.

Here are a few examples of the creatures the professor discovered over the course of his career: 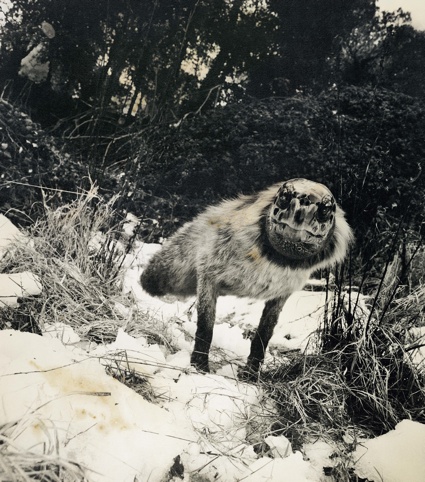 Alopex Stultus- An herbivorous animal, completely inoffensive and very timid. When it senses the proximity of an enemy, it finds a shrub of the species Antrolepsis Reticulospinosus and digs a hole in the earth, into which it sticks its head, leaving the rest of the body suspended in a vertical posture in an attempt to mimic the shrub. Unfortunately, the outcome is not particularly satisfactory and both men and predators usually capture it at this point. 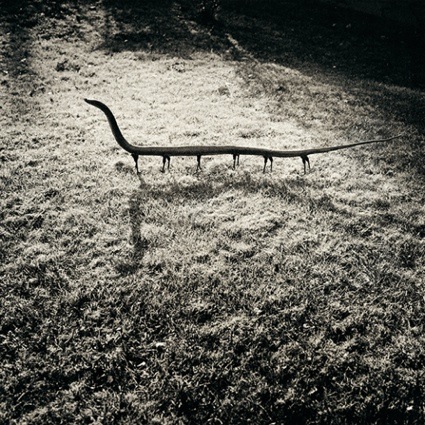 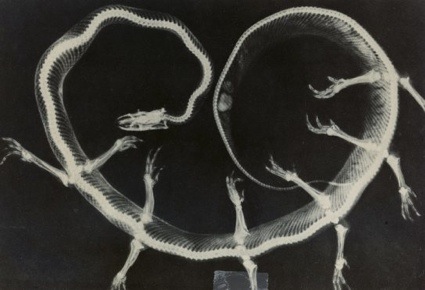 Solenoglypha Polipodida- Extremely aggressive and venomous, it hunts for food and also for the pleasure of killing. It is quite rapid and moves forward in a curious and very rapid run, thanks to the strong musculature of its 12 paws and the supplementary impulse which it obtains by undulating all of its body in a strange aerial reptation. When facing its prey it becomes completely immobile and emits a very sharp whistle which paralyzes its enemy. It maintains this immobility for as long as the predator needs to secrete the gastric juices required to digest its prey, which can vary between two minutes and three hours, as determined by the size of the victim. At the end of the whistling phase, Solenoglypha launches itself rapidly at its immobile prey and bites the nape of its neck, causing instantaneous death. 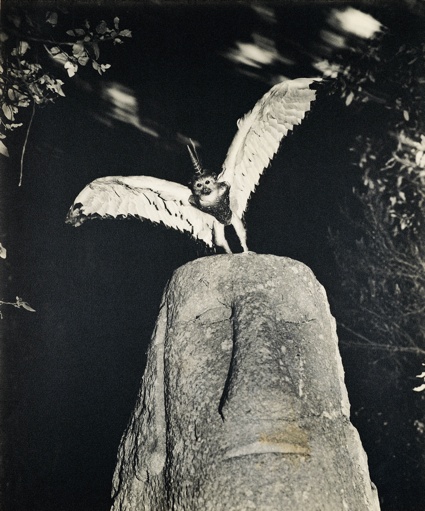 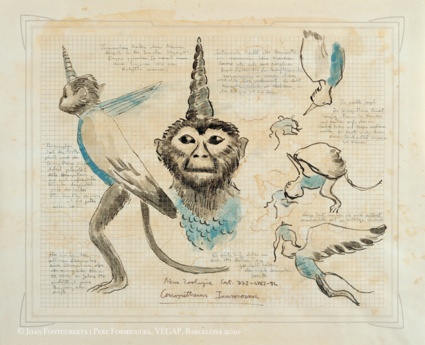 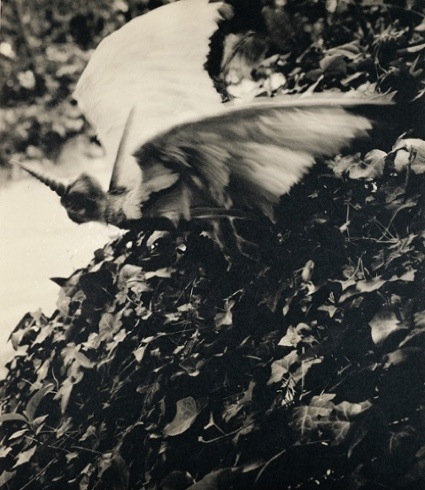 Cercopithecus Icarocornu- the sacred animal of the indigenous Nygala-Tebo tribes, for whom it represents the reincarnation of Ahzran (he who came from heaven). The females give birth inside a large cabin in the village to which only the great shaman has access. The baby animals remain inside the cabin until they have completely developed their ability to fly, at which point the tribe celebrates a lavish ceremony during which Cercopithecus undergoes an operation in which it is grafted with the skin of the silver fish of the Amazon, which covers all of the pectoral and abdominal zone. Once this has been done, the animal is set free, although it never strays very far away from the village, and participates by its presence in all of the sacred festivals of the NygalaTebo. During these festivals the animal is given a spirituous beverage which it drinks eagerly, sinking into a state of complete inebriety, at which point it begins to flap its wings so madly that it hovers in mid-air with its body immobile, singing like one possessed.

Of course none of these animals have ever existed and i knew of the hoax before i entered the show. Yet, i wasn’t sure. Fontcuberta is such a master in deception and seduction that i needed to remind myself that this wasn’t ‘documentation’.

In fact, when Fauna was shown at the Barcelona Museum of Natural Science in 1989, 30% of university-educated visitors aged 20 to 30 believed some of the imaginary animals Fontcuberta devised could have existed.

I didn’t know at the time what Fontcuberta looked like, otherwise i might have detected that Hans von Kubert, the assistant of Professor Ameisenhaufen bears an uncanny resemblance to Fontcuberta himself: 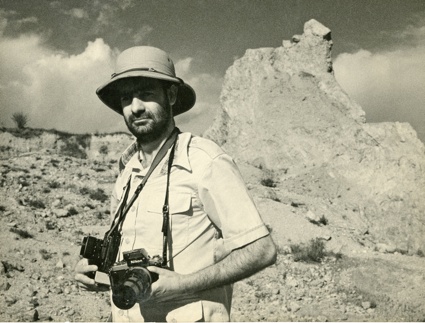 Joan Fontcuberta, from the Fauna series

More evidences of the existence of the creatures, i just can’t resist: 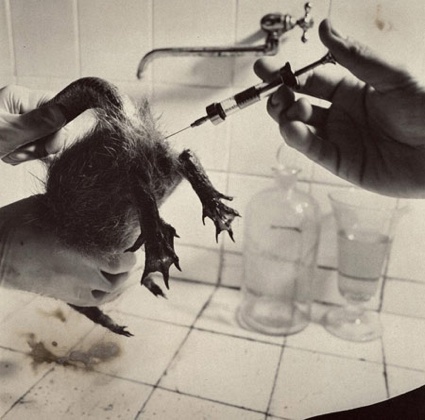 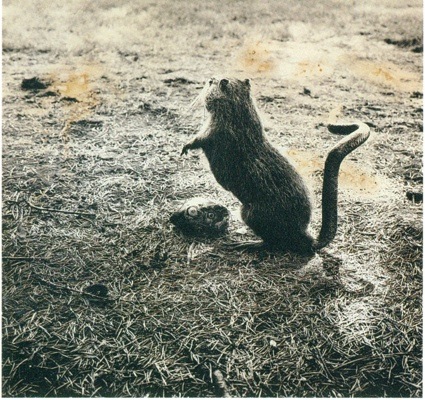 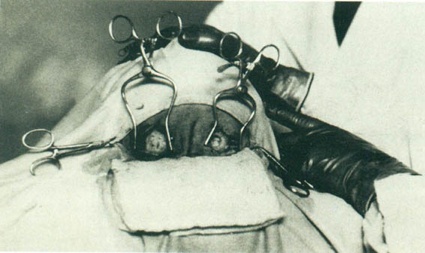 Transplant Operation, from the Fauna series (photo via) 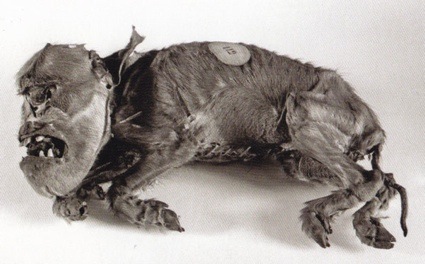 From the Fauna series 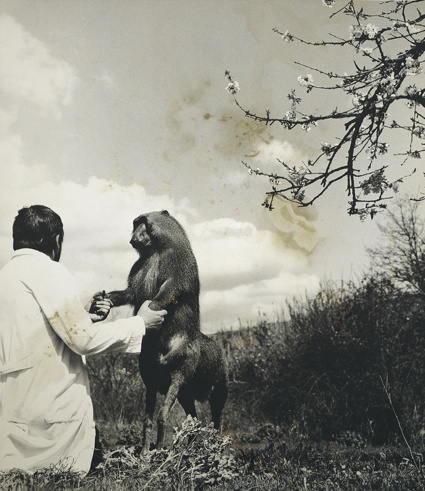 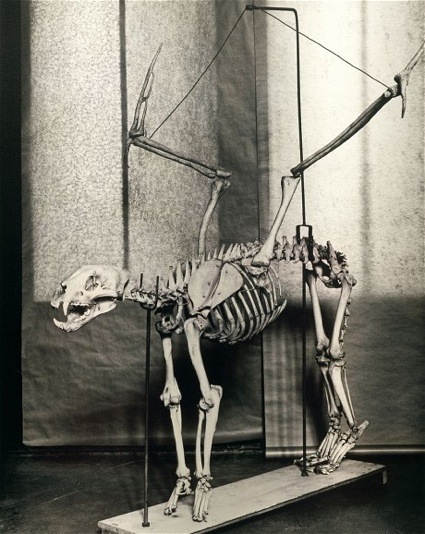 Joan Fontcuberta grew up in Spain under the dictatorship of General Franco, at a time when propaganda shaped what people should believe and trust. Like many other members of his family, Fontcuberta worked in advertising until the late Seventies, when he decided to learn photography by himself and investigate how the medium constructs truth and untruth.

The other photo series shown in the exhibition Stranger than Fiction are as amusing and deluding as Fauna. The show closes on the hilarious Miracles & Co series which shows Fontcuberta in the guise of a monk living in a Finnish monastery school specialized in teaching how to perform all kinds of wonders. By the time i exited the show, there really remained no doubt in me that photography shouldn’t be trusted unreservedly.

“Photography is a tool to negotiate our idea of reality. Thus it is the responsibility of photographers to not contribute with anaesthetic images but rather to provide images that shake consciousness.”
– Joan Fontcuberta 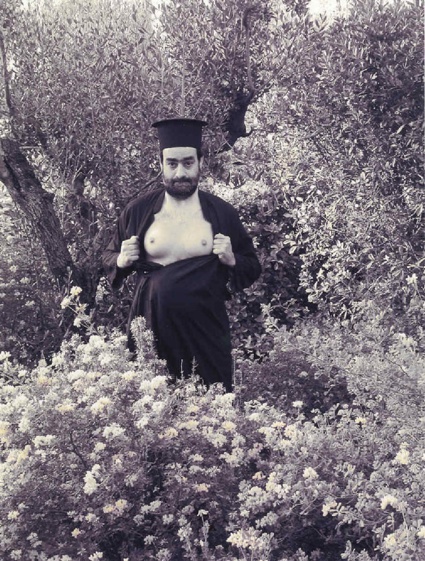 Joan Fontcuberta, The Miracle of Feminity, 2002 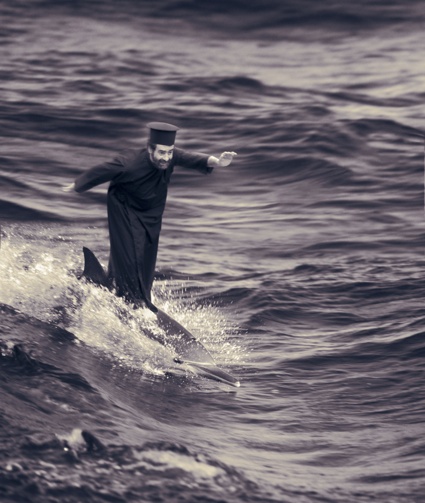 Joan Fontcuberta, The Miracle of Dolphin-Surfing, 2002 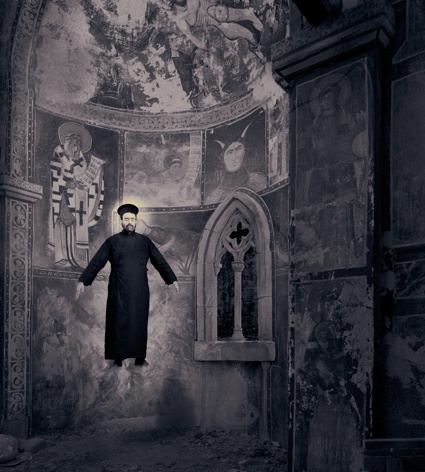 Joan Fontcuberta, The Miracle of Levitation, 2002

Views of the exhibition space: 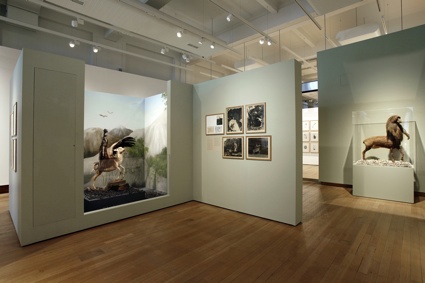 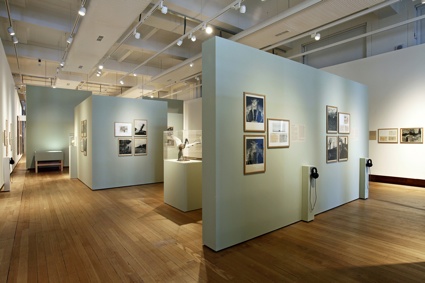 Stranger than Fiction is at Media Space Gallery, the Science Museum in London until 9 November 2014.