(available on amazon UK and USA.) 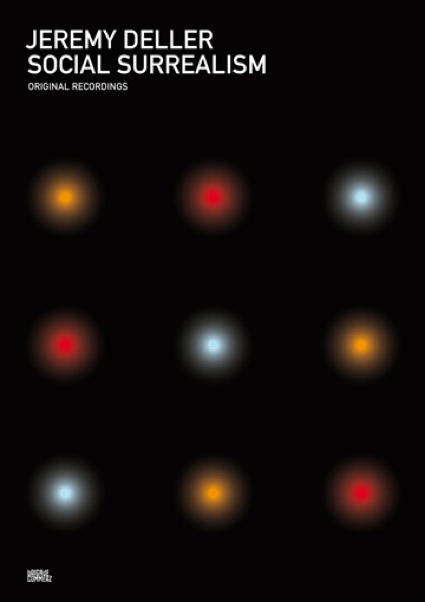 Publisher Verlag für moderne Kunst writes: In 2004 Jeremy Deller was awarded the Turner Prize for his multimedia installation ‘Memory Bucket’. His signature work ‘The Battle of orgreave’ (2001) focuses on a critical moment of the international trade union movement, inviting us to a subtly differentiated examination of history. It forms only one part of a growing catalogue of projects that can be read as an ongoing processional body of work which examines, reflects upon and influences our society. Since his ‘Manchester Procession’ Deller uses the Term ‘Social Surrealism’ to describe his practise: ‘It’s going back to the original idea of carnival and procession, which is about inverting reality and changing reality if only for a day or a week and changing how you look at the world.’

Verlag für moderne Kunst has launched a collection of art audio CDs. I’m coveting the Jake and Dinos Chapman, the David Lynch one and crying my eyes out because the Jonathan Meese is in german only (although i did enjoy listening to the audio snippet in which he talks about stuff that are metabolisch and pornografisch.)

The files are fairly short, from 1 to 6 minutes. Each one is dedicated to a theme (political art, glam rock) or a particular work. The information and anecdotes come fast: organizing a procession of blind people with blind dogs that refuse to walk on the road, showing folk archives inside a museum and being misunderstood by art critics in the process, the art funding in Britain, the art world as a ‘very middle class place’, Jordan aka Katie Price, the annual “wanker of the year” contest, making art without making products, his meeting with Andy Warhol, his dealings with the ‘image controlling’ music industry while filming his documentary about the fans of Depeche Mode, bats eating moths, Acid Brass, etc. My favourite moment was when Deller talks about a project he had of making a poster for the Labour party that would say “Vote Conservative” and show the face of Rupert Murdoch.

Now i hadn’t held an audio CD in my hands for ages. it did feel weird and already retro. It does however have advantages over an MP3 file: the CD comes in a hard paper that you can keep as if it were a book on your library shelf. And there’s always the possibility to transfer the files on your MP3 player if you wish. 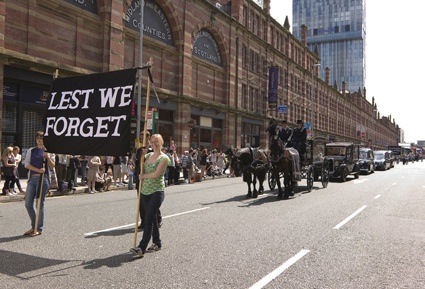 Just because i love that work so much, i’m going to end with a video of Jeremy Deller talking about Acid Brass, the raves, the connections with 1987 minors strike, and taking a trip to Manchester where we witness the brass band getting to grips to a musical genre they are not used to play. 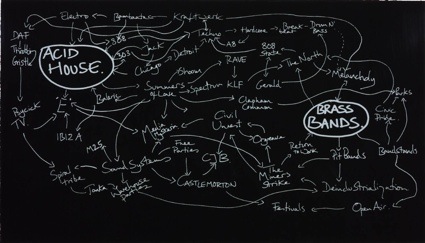 Jeremy Deller, The History of the World 1998