How to Blow Up a Pipeline. Learning to Fight in a World on Fire, by Andreas Malm, an associate professor of human ecology from Lund University, Sweden. 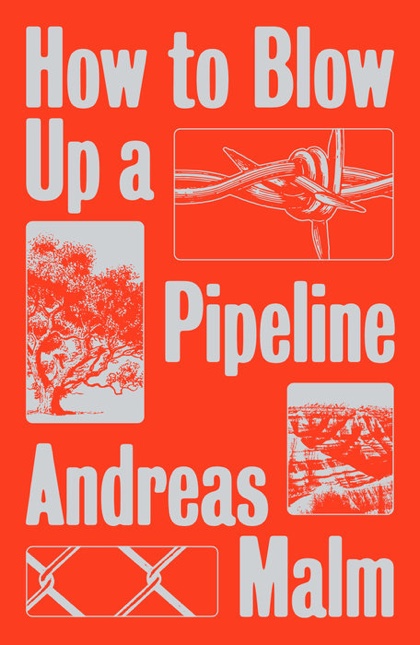 Publisher Verso Books writes: The science on climate change has been clear for a very long time now. Yet despite decades of appeals, mass street protests, petition campaigns, and peaceful demonstrations, we are still facing a booming fossil fuel industry, rising seas, rising emission levels, and a rising temperature. With the stakes so high, why haven’t we moved beyond peaceful protest?

In this lyrical manifesto, noted climate scholar (and saboteur of SUV tires and coal mines) Andreas Malm makes an impassioned call for the climate movement to escalate its tactics in the face of ecological collapse. We need, he argues, to force fossil fuel extraction to stop–with our actions, with our bodies, and by defusing and destroying its tools. We need, in short, to start blowing up some oil pipelines.

Offering a counter-history of how mass popular change has occurred, from the democratic revolutions overthrowing dictators to the movement against apartheid and for women’s suffrage, Malm argues that the strategic acceptance of property destruction and violence has been the only route for revolutionary change. In a braided narrative that moves from the forests of Germany and the streets of London to the deserts of Iraq, Malm offers us an incisive discussion of the politics and ethics of pacifism and violence, democracy and social change, strategy and tactics, and a movement compelled by both the heart and the mind. Here is how we fight in a world on fire. 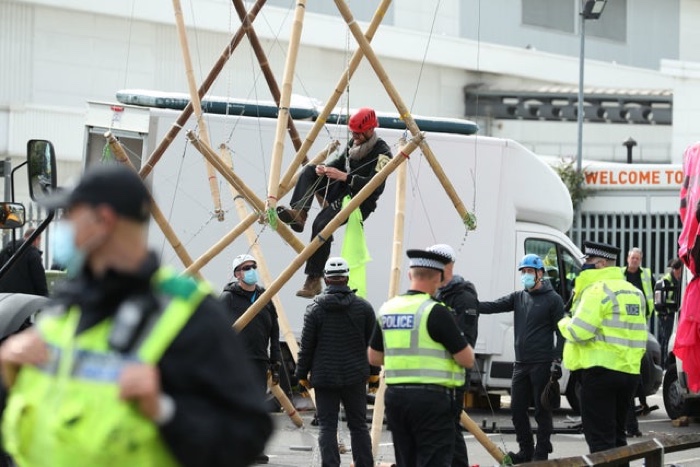 Two protesters use bamboo lock-ons to block the road outside the Newsprinters printing works at Broxbourne, Hertfordshire. Photo: PA, via: The Independent

In 2016, climate activists disrupted the flow of crude oil from Canada to the US by turning off valves on North America’s pipeline system. They justified their action by saying that U.S. policymakers and oil companies had failed to address climate change and that their act of sabotage was “the only way we get their attention. All other avenues have been exhausted.”

COP after COP, march after march, the climate movement has grown into the most dynamic social movement in the Global North. And yet, investments in fossil fuels haven’t slowed down significantly, Australia continues to plan mines and airports in areas that should be protected, plants are still burning coal, meat and dairy consumption –organic or not- shows no sign of slowing down, etc. Even the sales of SUVs, notoriously toxic for the planet, are going strong. The author actually explains how he and a group of “Indians of the Concrete Jungle” have gone through Ostermalm, Oslo’s most affluent neighbourhood, to deflate the tyres of SUV, leaving leaflets to explain the gesture was not a personal attack but a way to bring attention to the potentially devastating effects that SUVs have on climate change and on other citizens’ health. They even published manuals on how to unscrew the cap on the valve and deflate a tyre, adding that the most important rule is to avoid the vehicles used by artisans, workers or by people with disabilities, etc. The only targets being the SUVs that have no practical purpose beyond flaunting the wealth of their owners. Apparently, sales of SUVs in Sweden dropped that year.

Is it ever acceptable to resort to sabotage and “controlled” violence if the cause is just, urgent and ignored after decades of peaceful protests and other mellow tactics? Can you justify smashing the kind of property -pipelines or SUVs- that harm our future and our planet? 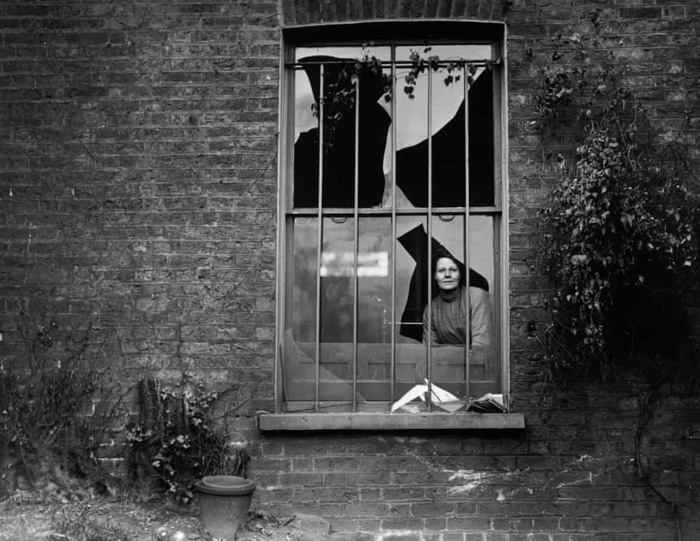 A woman peers through a shattered window in Holloway prison after the explosion in December 1913. Photograph: Topical Press Agency/Getty Images, via: The Guardian

Not everyone has the time nor the luxury to do a sit-in. Sometimes, as episodes in history have shown, non-violent disruption leads you nowhere. The emancipation of slaves from the French colonial rule in Saint-Domingue (now Haiti), for example, was the result of slave uprising that plunged the colony into civil war. The Haitian Revolution was a bloody affair but it ended in 1804 with the independence of the country. The suffragettes didn’t just politely ask influential men to give them the right to vote. After decades of patient pressure on Parliament that yielded nothing, they added window-smashing, rock-throwing, arson, letterbox torching and other types of property destruction to their arsenal of tactics. They were, however, careful to attack only empty building to avoid causing any death.

As the author notes, Extinction Rebellion, a model of civil resistance, did more for the climate emergency than a thousand peer-reviewed papers. The movement has gained the respect of the wider public because of the gentleness of its protests. But why, asks Andreas Malm, should the fight against fossil fuel require fewer efforts than the fight for human rights? Why shouldn’t non-violent protests be aided by militant action? After all, what is at stake is huge. Climate injustice knows almost no bounds, especially in you live in the Far North, on small islands and in other areas already heavily impacted by a climate change your culture played almost no part in causing.

Turning off pipelines, deflating SUVs tyres and other property vandalisms are violent moves but Malm presents them as defensive acts that can deter investments in CO2 emitting industries, save wildlife and human lives and, in the longer term, might reduce violence. Extractive and polluting industries are the cause of far more direct and indirect violence than any form of eco-motivated sabotage.

The violence discussed in the book is never indiscriminate. It is sabotage and vandalism that come as a last resort. That shouldn’t threaten human or animal life. That never target resources and materials from which people depend for subsistence. Vandalising a super yacht is one thing, Malm notes. Poisoning someone’s groundwater or burning a family’s grove of olive trees will never be acceptable.

Whether or not you agree with the author’s suggestion that climate activism should move beyond the politics of non-violence, you’re bound to find that his book constitutes a stimulating intellectual exercise. It certainly occupied my thoughts and many of the conversations I had over the past few weeks.

How to Blow Up a Pipeline was finished in late March 2020, when COVID started sending the environmental cause into hibernation. How will the climate movement rebound after the pandemic? Will it be invigorated by all the debates about “the world after”? Will we be more resolute than ever to do what is right for the planet and its non-human inhabitants? Or will business as usual prevail, with just a bit of clever greenwashing here and there?

Image on the homepage: PERN.PL, via Warsaw Institute.