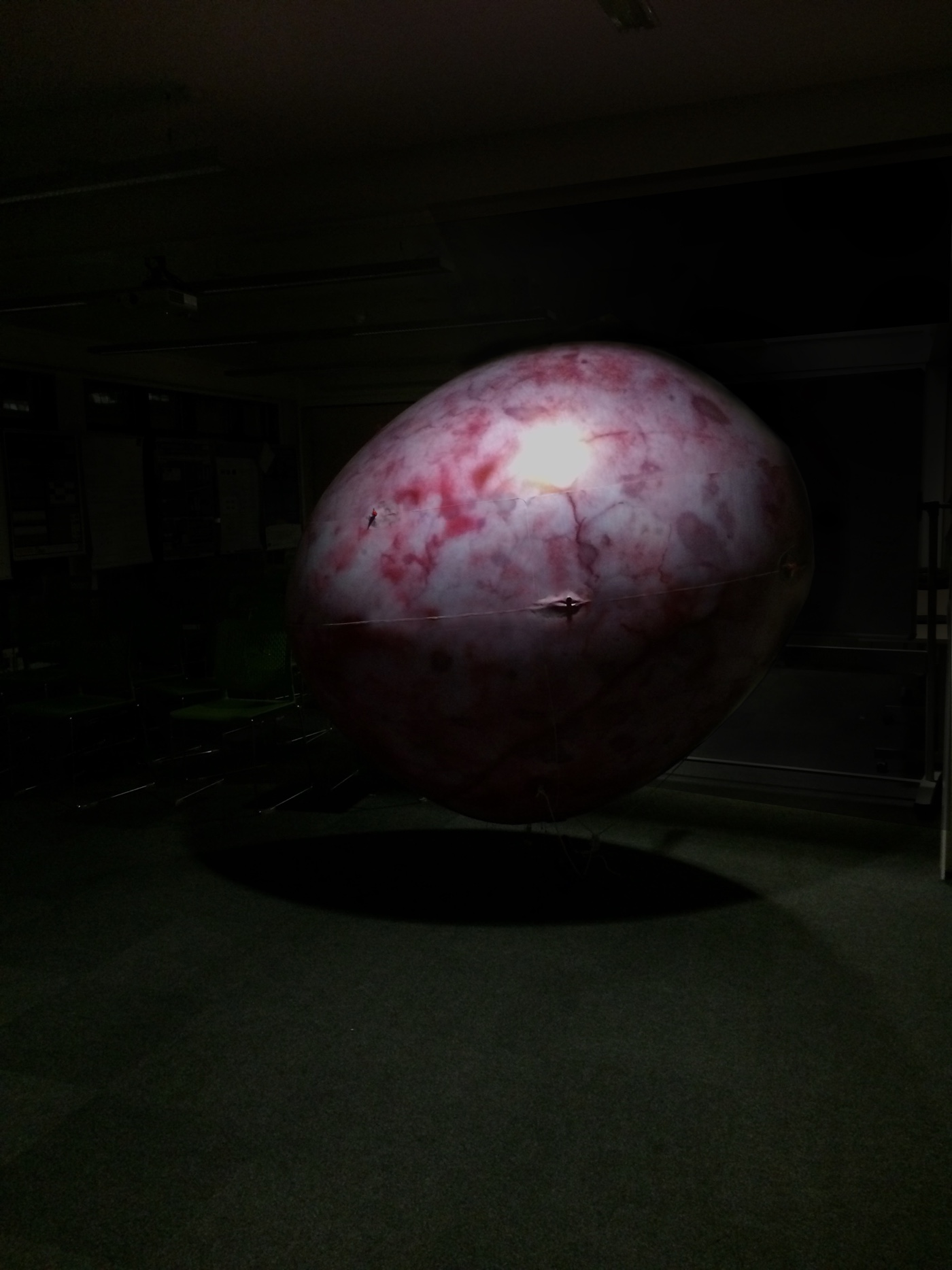 Agi Haines seems to be anesthetized to the most visceral and crude guises of the future human body. She designed hybrid organs custom-designed to overcome specific illnesses and made realistic sculptures of babies distorted to respond to threats of global warming or increase a child’s prospects to become an athlete, etc. On the one hand, Agi is unquestionably one of the most fearless and interesting creators of her generation. On the other, her works are so raw and challenging I can only look at the homepage of her website through my fingers.

Her latest project, Drones with Desires, is one of the winning works of this year’s edition of the Bio Art & Design Award. The international competition invites young artists and designers to collaborate with renowned Dutch science centers in order to develop thought-provoking art and design projects that engage directly with life sciences.

True to form, the drone she worked on doesn’t look like your usual sleek and mechanical machine. It’s a blob.

For this work, Agi Haines’ brain was scanned and the visual anatomy of the connections in her brain were translated into an artificial neural network. This network will be used to control the motion of a drone by running sensory inputs through this network to form decisions regarding movement. Over time, the drone will learn on its own, fashioning behaviours and preferences unique to its experience but anchored in the architecture of the artist’s brain connections. As the drone learns, its results may shed light on how this process happens in the human brain.

The focus of ‘Drones with desires’ is to breathe life into mechanical devices through altering their material substance. With an increased efficiency of modelling the brain for artificial intelligence or the introduction of mechanics within biomedical sciences, where are the boundaries of humanness in a world full of integrated and invasive technologies? How might we respond to a machine that characterizes human behaviors through a reconstructed sensory nervous system? This project will explore the thin line between natural and artifice, by creating a machine with inbuilt human memories.

Drones with Desires will premiere this Friday at MU in Eindhoven. It will be part of Body of Matter which will present 10 artists and designers whose work challenges our ideas about the body. In the meantime, i got to talk with the designer: 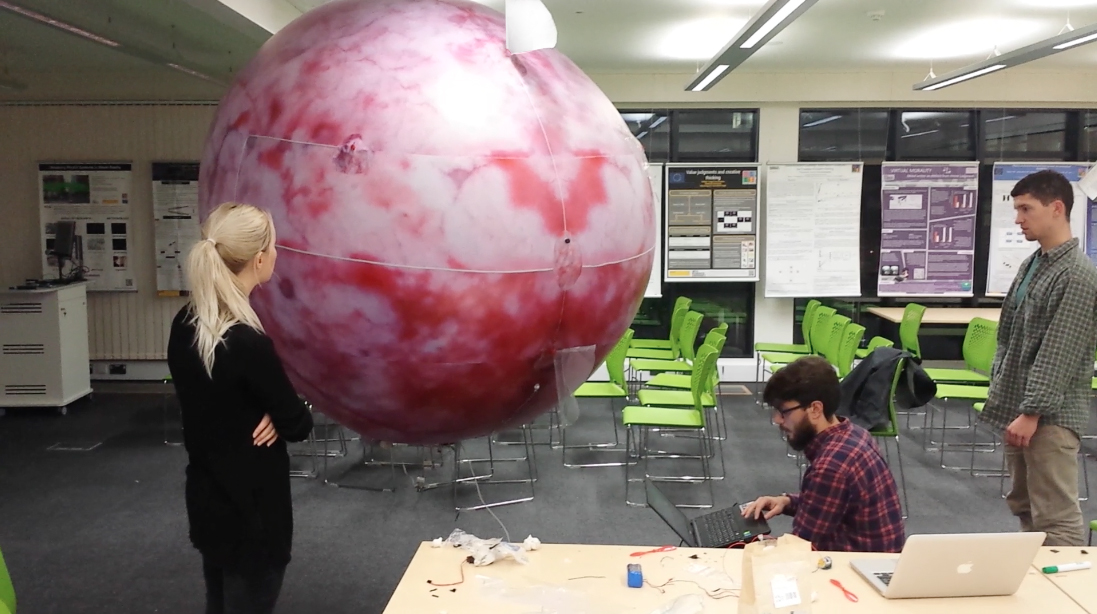 Hi Agi! To start off the project, a diffusion tensor MRI scan was taken of your brain and the information was translated into an artificial neural network based on the visual anatomy of the connections in your brain. Could you explain us how this worked?

Is this some basic and banal process? Are there other contexts when this kind of translation is made?

This was a fascinating and arduous process, after taking an MRI with Marcel de Jeu and Jos van der Geest at Erasmus MC the data was translated from the scan through looking at the connections between different areas in the brain, measuring the strength of these connections and translating this information to weight strength within an artificial neural network.

Its conception was the result of collaborative input from various researchers, and in fact this process is unique. It was designed by a neuroscientist Vaibhav Tyagi and computational neuroscientist Jack Mckay Fletcher specifically for this project and its interpretation into a machine was performed by roboticist Christos Melidis. It not only tells us a lot about how we generate models of the brain but may also potentially inform scientific testing tools. 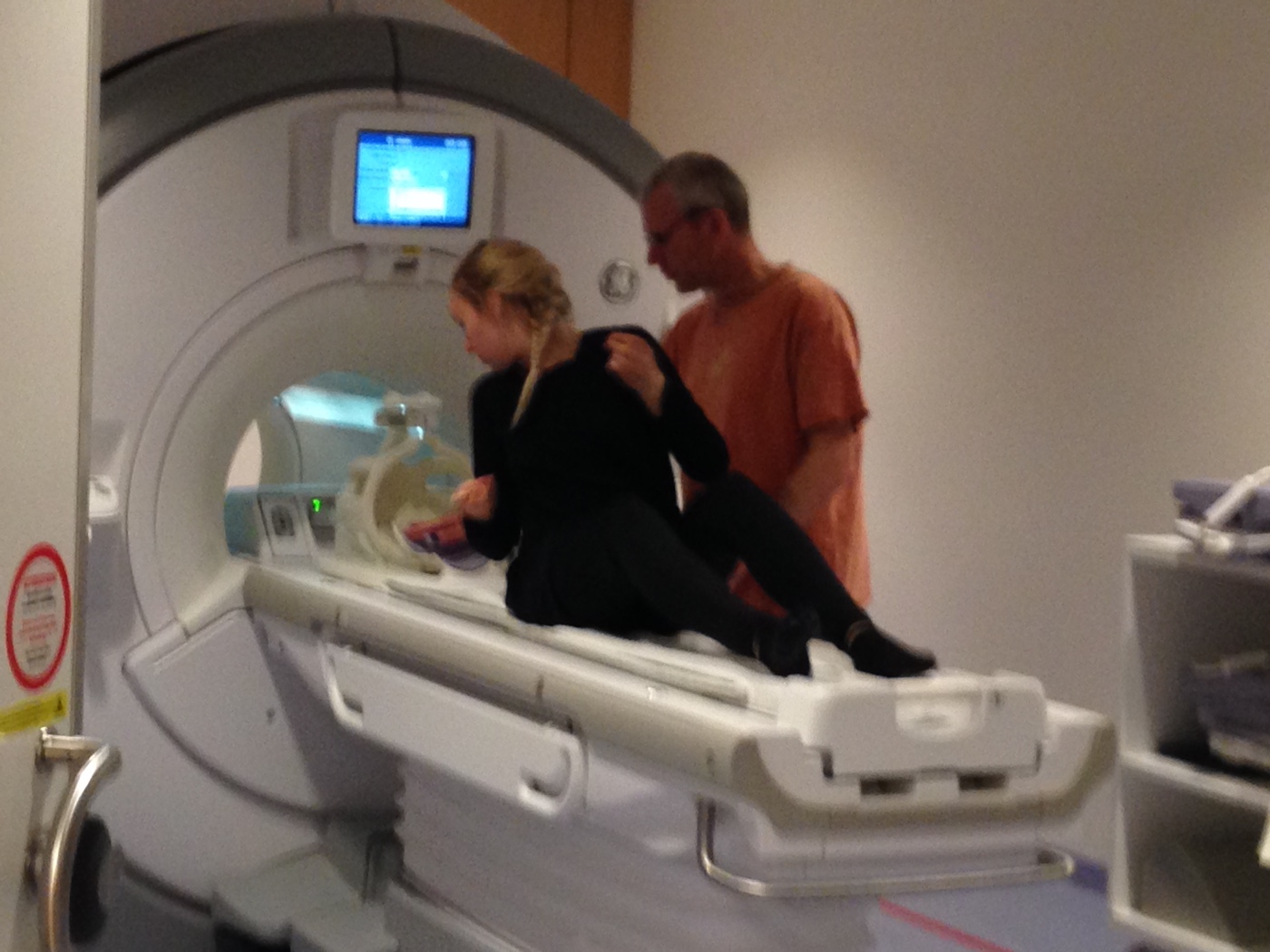 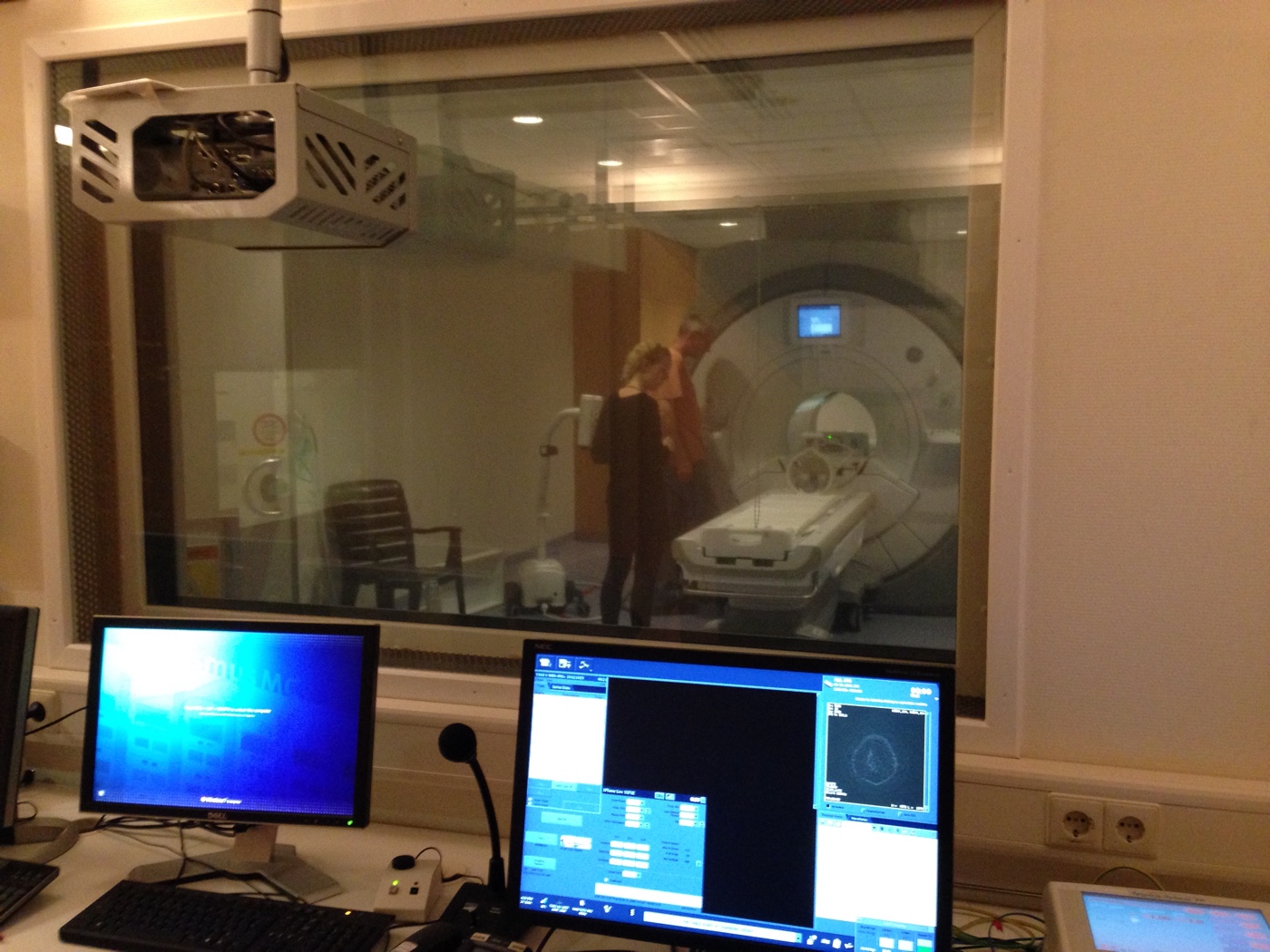 Although a replication of my brain it is still only a simulacrum and not actually my brain itself, yet even though I am distanced from it there is still something quite unnerving about seeing how technology can learn directly in relation to the human brain and how this may play a part in artificial intelligence

I believe that we are already hybrid creatures made of varying parts, some naturally produced and some artificial. And perhaps there may eventually come a time in which we can be directly connected to the Internet but its introduction may be so gradual that it seems no different to having a gold tooth. 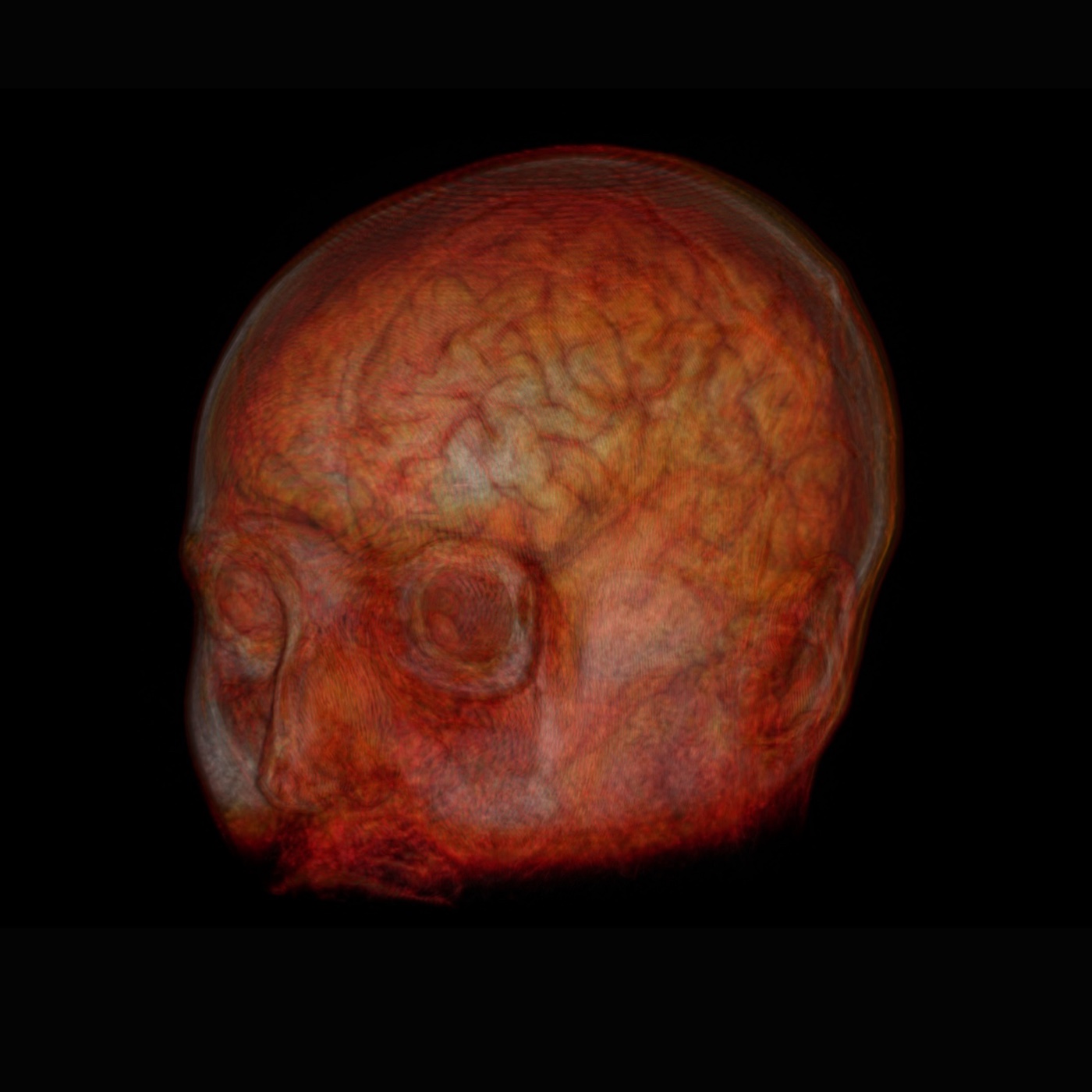 Did you learn something about the functioning of your brain by watching its replica?

Yes but perhaps more about brain function in general rather than mine specifically; in fact I was concerned we might find something abnormal about my brain function. I particularly learnt a lot regarding brain modeling, its benefits and drawbacks, purposes and problems.

With what kind of drone are you working? Could any type of drone work?

Yes technically any machine could be controlled using the network but we have produced our own drone. It is more replicative of the sensory nervous system and looks like a floating mass of tissue with wings. We wanted to imagine how such a machine might be utilized within society. If a machine could replicate your decision-making processes as well as your flesh could it become a secondary version of you? And if so what would it be used for? Medical testing? Geographical safety mapping?

The reason why we chose a drone as the machine to translate the data into was not only to probe a popular technology known for being representative of thought and action but also the fact the brain is afloat plays on the ethereal quality of thought processes.

How hand-on you were with the scientific processes? Did you delegate all the scientific manipulations to the scientists or did you manage to engage directly in the development of the work?

My attempt to engage as much as possible with these scientific processes mainly surfaced through working out new ways to integrate ideas, theories and practices from amalgamating what at first seemed like dichotomous fields. Some aspects of the work, for example the coding itself, was an extremely complex language to learn within this short time. Yet luckily all collaborators gave me extremely valuable lessons within their respective fields regarding electronics, anatomical neuroscience, computing and modeling which I have had to research and physically interact with in order to produce the final piece, as well as to comprehend significant crossovers that informed all the decisions regarding the visuals and behaviors of the drone.

So you had the idea for the project and you had your brain scanned. Where else did you apply your knowledge and particular expertise as a designer?

Beyond the obvious physical production of manufacturing, building and painting objects and generating, producing and editing film, this large collaboration consisted of a significant amount of both practical and managerial parts. My main focus was to use my role as a designer to highlight valuable questions concerning the scientific processes and research questions surrounding the topic of brain modeling, and offer space for reflection regarding the implications of such research, which in turn can have potential impact to a public as well as professional audience. 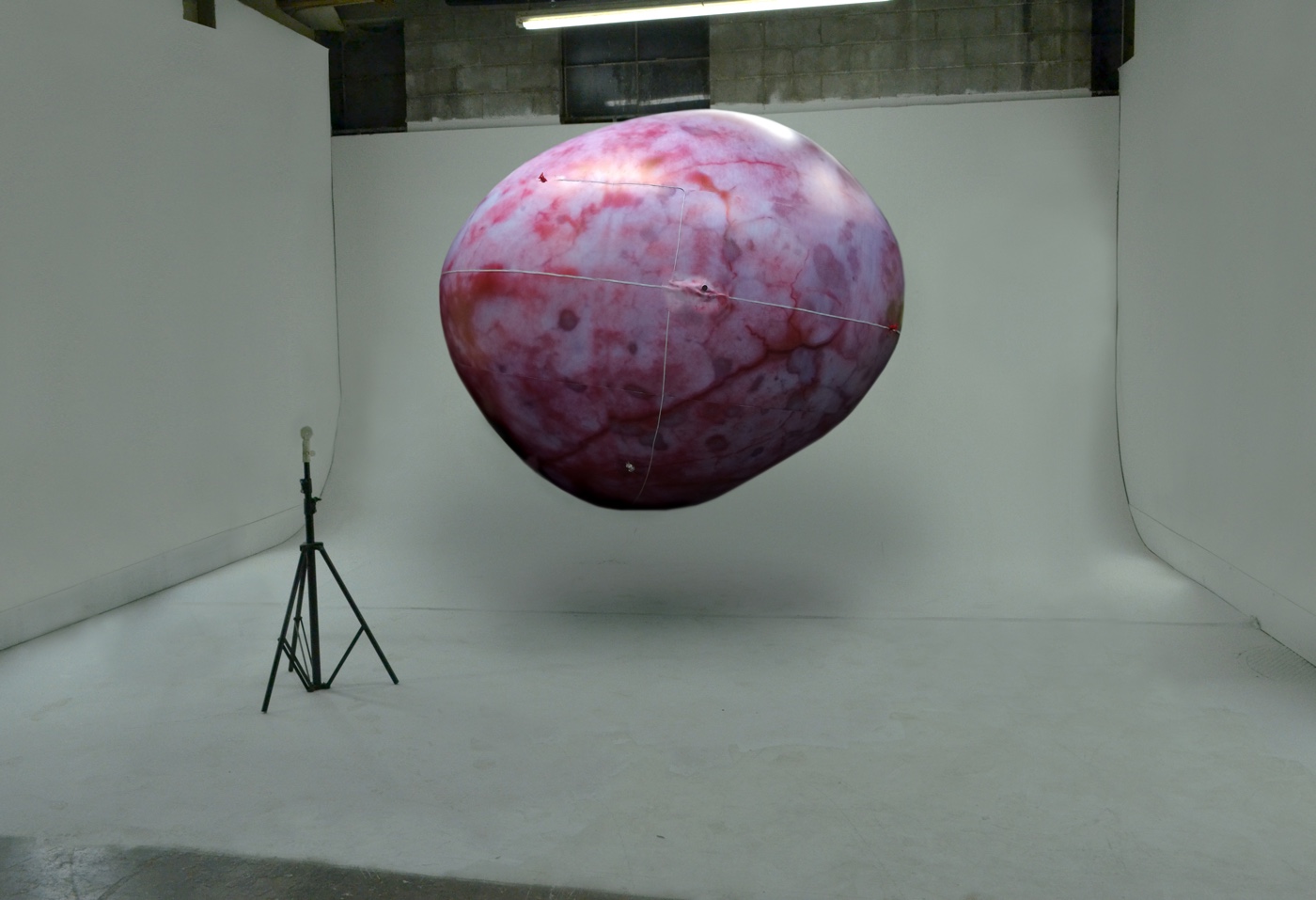 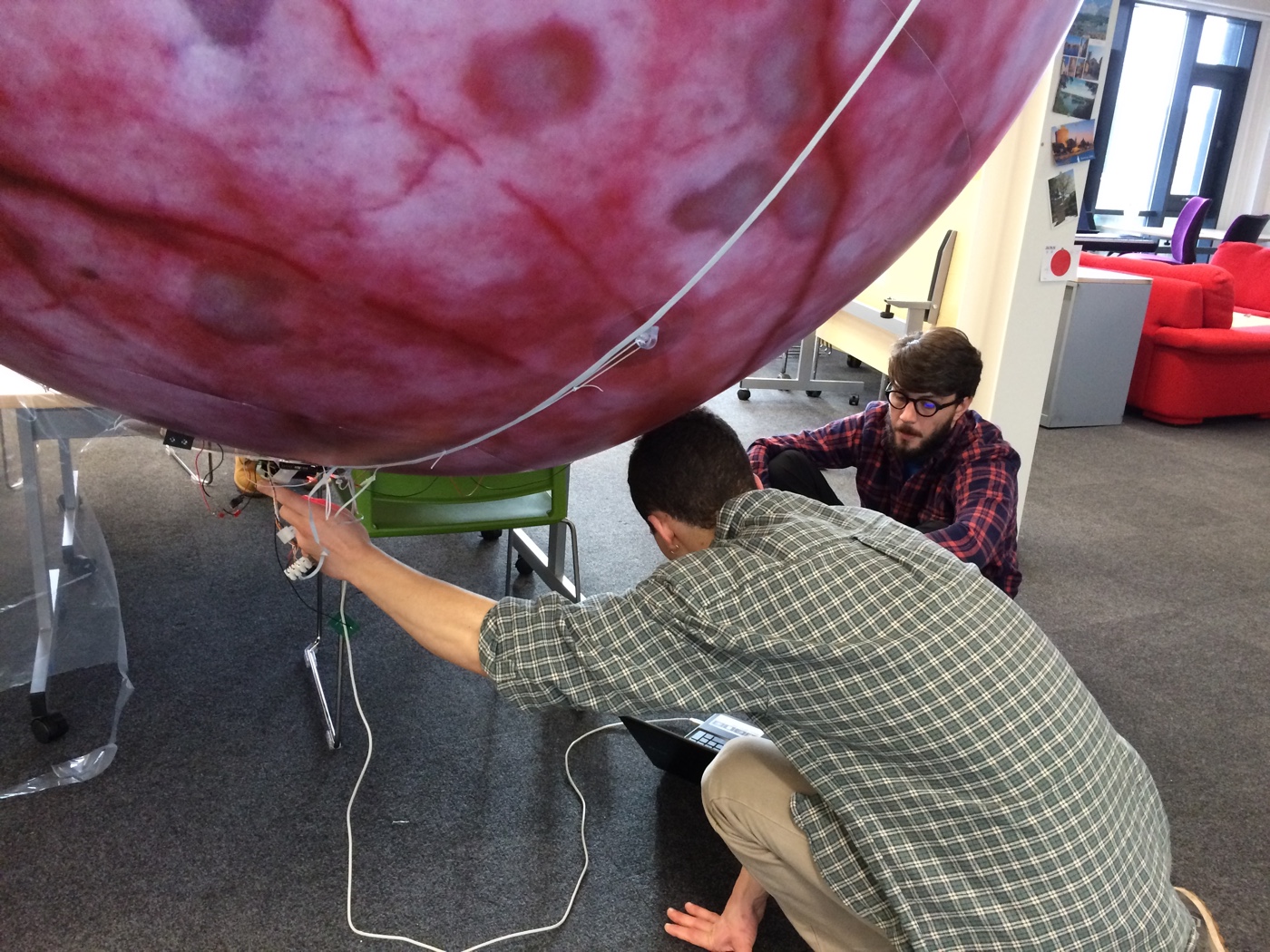 Which challenges have you encountered while developing the project?

Overall this has been an intensely challenging project, particularly concerning the research and planning involved, perhaps the main challenge was marrying the artistic concept and scientific theory with the logistics of keeping an object afloat for a long period of time has been a big challenge.

What will the work look like when you show it at MU?

The drone will be moving freely within a darkened space and the public will be able to walk around and alongside it, altering its behavior and in turn learning processes as it moves. Video will also be shown of how the scan images lead to the production of connections, the data it is receiving and how this could potentially alter plasticity in the brain structure.

Drones with Desires is part of Body of Matter. Body based bio art & design which opens at MU in Eindhoven on 27 November. The show will be running until 7 February 2016. Also part of the exhibition: The Art of Deception by Isaac Monté.