In my first post about the Design Interactions work in progress show, i was mentioning the wide scope covered by the project. From the most plausible to the utterly conceptual. My first article was about an alternative positioning system powered and controlled by the people. This new post is about an alternative world where bespoke sports events replace traditional warfare as a means of solving seemingly chronic conflicts. 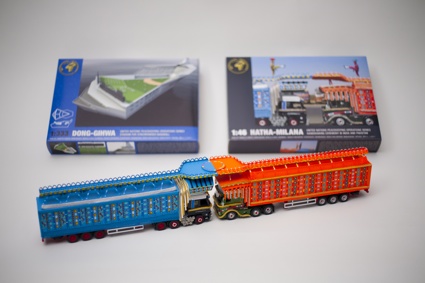 Commoditised Warfare, by Yosuke Ushigome, envisions a series of UN PeaceKeeping Olympics games in which each sport has been carefully designed to reflect the cultural and geopolitical characteristics of participants of the opposing sides. 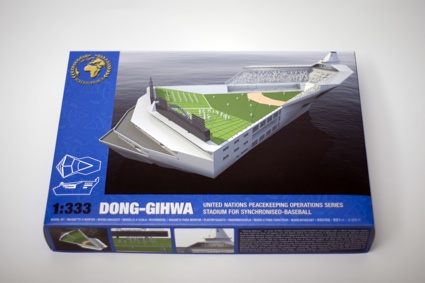 The first game opposes North Korea to South Korea + Japan + USA. Their dispute, triggered by a missile launch, is to be resolved through a game of Synchronised Baseball and hosted on a specially designed ship called “Dong-Gihwa”. The floating stadium is sent to the middle of the Asian conflict area, beyond borders to better communicate the neutrality of the peace keeping intervention.

As its name suggests, synchronised baseball is a mixture of mass games and baseball: mass games such as Arirang Festival favoured by North Korea and baseball which is quite popular in the other countries (i had no idea that baseball was popular outside of the US but what do i know about sport?) This strange sport brought about an opportunity for people from each country to negotiate, mediate, and improvise through the process of developing this weird sport. 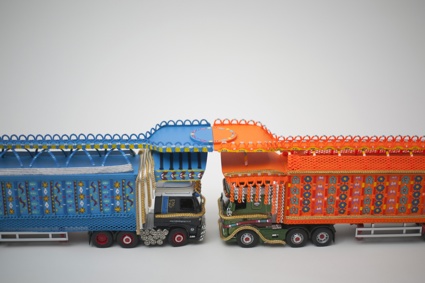 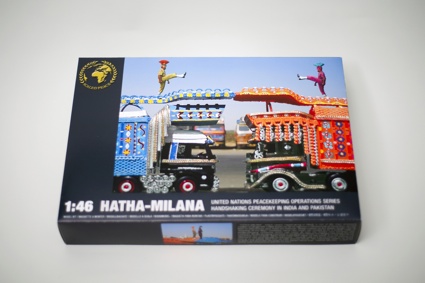 Yosuke Ushigome designed a second game, this time with the objective of settling the conflict opposing India to Pakistan.

“HATHA-MILANA”, which means handshaking in Hindi, is one of the most renowned models amongst UN’s PKO Stadiums for its rigorous craftsmanship of decoration derived from its intervening area: India and Pakistan. Being inspired by the Wagah border closing ‘lowering of the flags’ ceremony, these two trucks are created to be a mobile stage of border-merging ceremony which can travel all over the border area between two countries.

Border-merging ceremony is designed to imitate the Wagah ceremony, but it is less aggressive and militant. Two local people perform a kind of Silly Walks show on the trucks’ catwalk and advance towards the central circle where they shake hands. This ceremony creates so many laughter and peaceful moments on the border street that “HATHA-MILANA” is now on revival with limited hand-painted version.

The decoration of the truck is directly inspired by Pakistan’s flamboyant trucks. The designer also pointed me to the Japanese “Decotora” trucks. 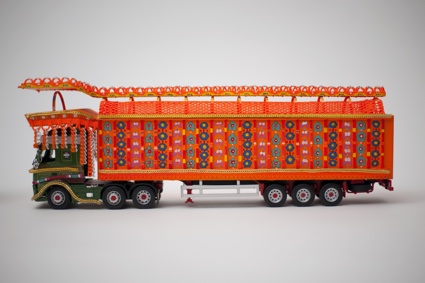 All images courtesy of Yosuke Ushigome.