Privacy. A Short History, by David Vincent, Professor of Social History at the Open University. 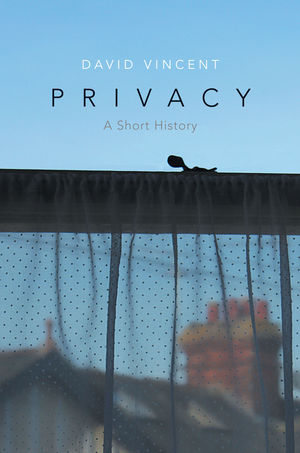 Publisher Polity writes: Privacy: A Short History provides a vital historical account of an increasingly stressed sphere of human interaction. At a time when the death of privacy is widely proclaimed, distinguished historian David Vincent describes the evolution of the concept and practice of privacy from the Middle Ages to the present controversy over digital communication and state surveillance provoked by the revelations of Edward Snowden.

Deploying a range of vivid primary material, he discusses the management of private information in the context of housing, outdoor spaces, religious observance, reading, diaries and autobiographies, correspondence, neighbours, gossip, surveillance, the public sphere and the state. Key developments, such as the nineteenth-century celebration of the enclosed and intimate middle-class household, are placed in the context of long-term development. The book surveys and challenges the main currents in the extensive secondary literature on the subject. It seeks to strike a new balance between the built environment and world beyond the threshold, between written and face-to-face communication, between anonymity and familiarity in towns and cities, between religion and secular meditation, between the state and the private sphere and, above all, between intimacy and individualism. 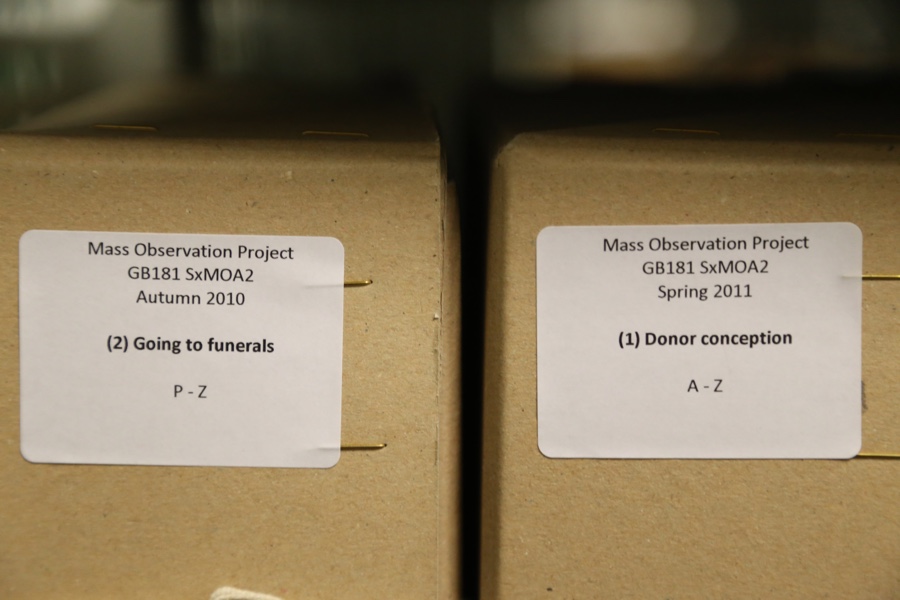 The Archive of Mass Observation at the University of Sussex, England

People have always aspired to privacy and this book recounts the many forms that threats to privacy have taken through time: 14th century litigious widow repeatedly taking her neighbours to court because they could watch her through their windows, Bentham’s Panopticon dreams, UK’s Mass-Observation records, NSA global surveillance programs, etc.

Our notions of privacy have been constantly shifting and made more complex over time. But one thing that seemed to be a constant in the past was that privacy was accessible to those who could afford it. If you had enough money, you could enjoy furniture to store letters, a private room or garden to discuss freely with your guest, separate quarters for servants, individual rooms for children, thicker walls, etc. And of course domestic plumbing in your lavatory and bathroom so that even your hygiene business could be conducted in peace. Not everyone could afford an indoor toilet in the late 19th-early 20th century. 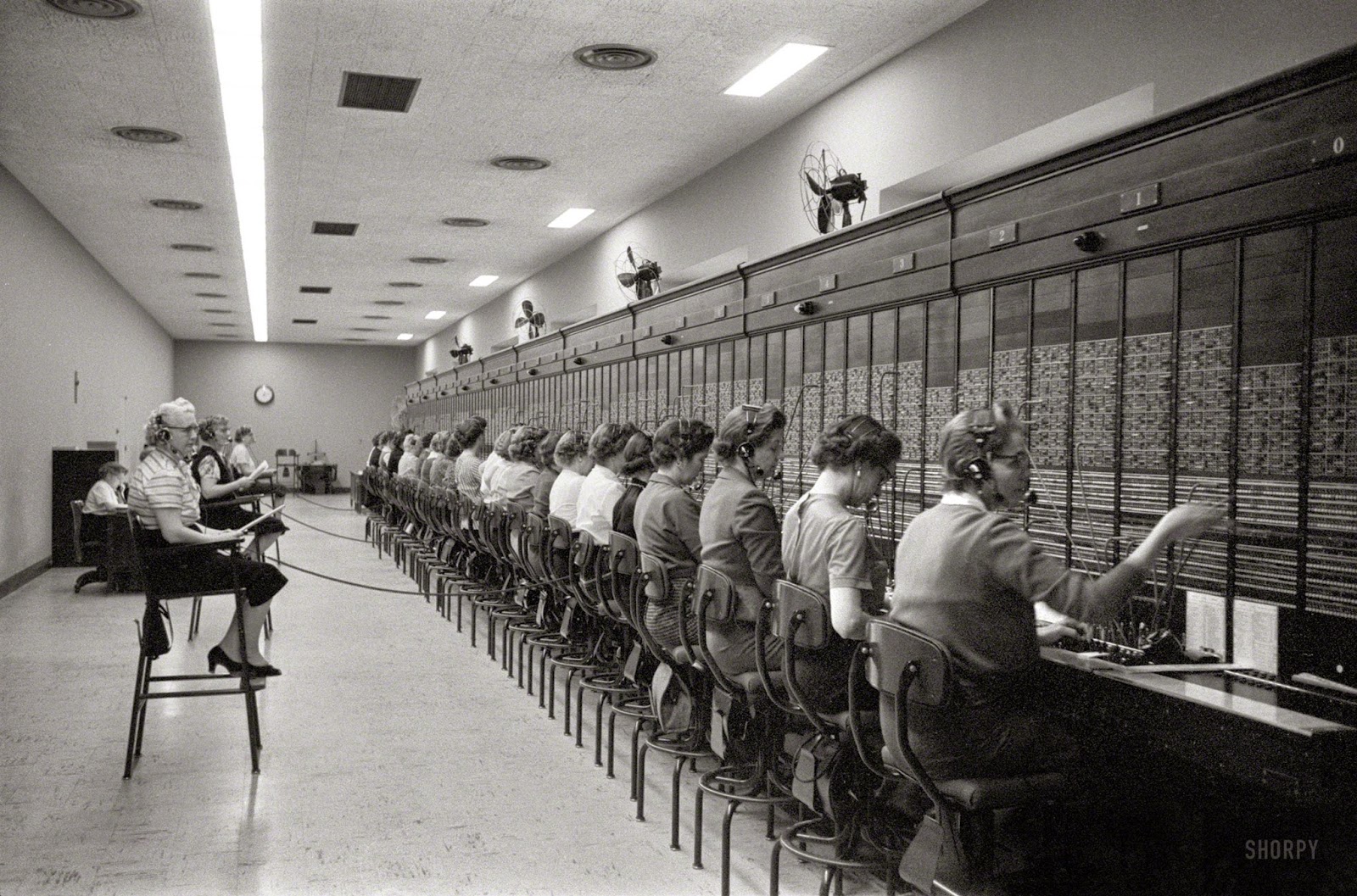 I’m not sure money would be enough to ensure you total privacy these days. A reason for that is of course the widespread adoption of digital communication. Each new communication technology has always allowed for both greater privacy and greater intrusion. Letters facilitated illicit or unsanctioned intimacy but this freedom coexisted with ‘epistolary anxiety’ (the fear of private correspondence falling into the wrong hands.) Telephones meant that callers no longer had to be seen on your front door but until 1958 operators were a latent threat to this new sense confidentiality.

The digital revolution marks a rupture with the past because it redefines the network in need of protection. The home and family used to be the vulnerable unit. Nowadays privacy is less of a household aspiration and more of an individual human right issue. The other discontinuity lies in the scale and complexity of the data available on the internet. But also in the willingness of some security agencies to bypass formal agreements with internet companies and tap directly into their fiber-optic cables. ‘For security purposes’ and without public debate. 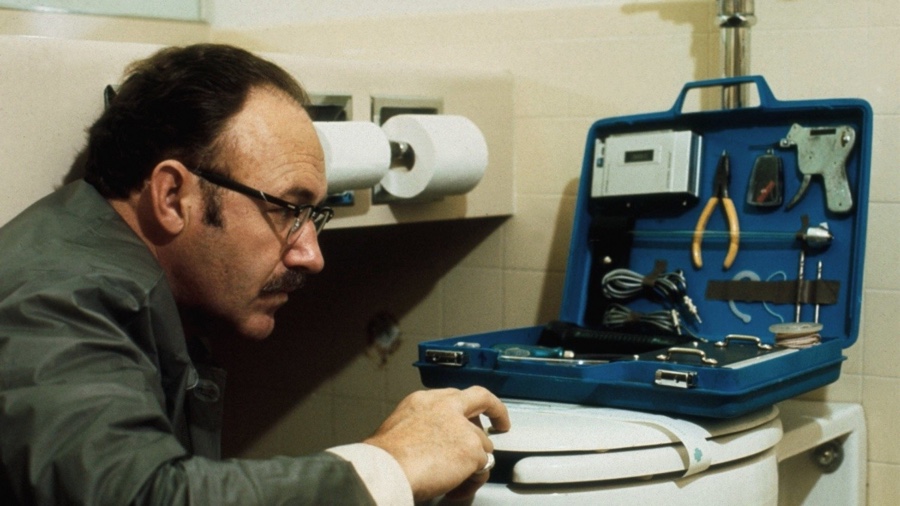 Harry Caul (Gene Hackman) attempts to listen in on a private conversation in Francis Ford Coppola’s movie The Conversation. Photo via Cinematic

Vincent believes that we put too much faith in the idea of an all-seeing internet at the center of the web of surveillance. He states that privacy is not dead but merely distorted and that we are constantly devising new ways to regain what we’ve lost of it.

States and corporations are not constantly spying our every gestures. But they can still know a lot about us if they want to and this power to intrude might lead to mistakes, misunderstanding and misinterpretations that could end up being costly for citizens. Especially if you couple this power with our well-documented social media exhibitionism.

A lot of the research in the publication relies on UK material but i’d still recommend that you have a look at the book if you have a chance because the story of privacy is a fascinating one. It is made of small victories and defeats, domestic improvements and invisible inks, state surveillance and gossip press scrutiny.