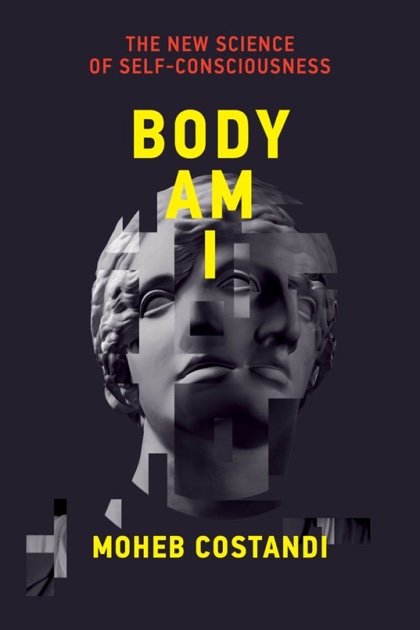 In Body Am I. The New Science of Self-Consciousness, neuroscientist and writer Moheb Costandi examines how the brain generates maps and models of our body, how those maps translate into our conscious experience of the body and how that experience contributes to our sense of self. Another key theme of the book is the malleability of bodily awareness. Every day, social relations, accidents, traumas and other experiences can alter these maps and bodies in subtle ways.

The book helps readers understand the curious forms that disturbances in body perception can take. Some of them include the alien hand syndrome endured by people who feel that some external force is controlling the movement of their arm or hand; the phantom limb condition (including rare cases of subjects who had lost their penis and who reported phantom erections); or the condition suffered by people who believe that their body changed into the body of an animal. Completely or in part (one patient was convinced he had crab hands.) 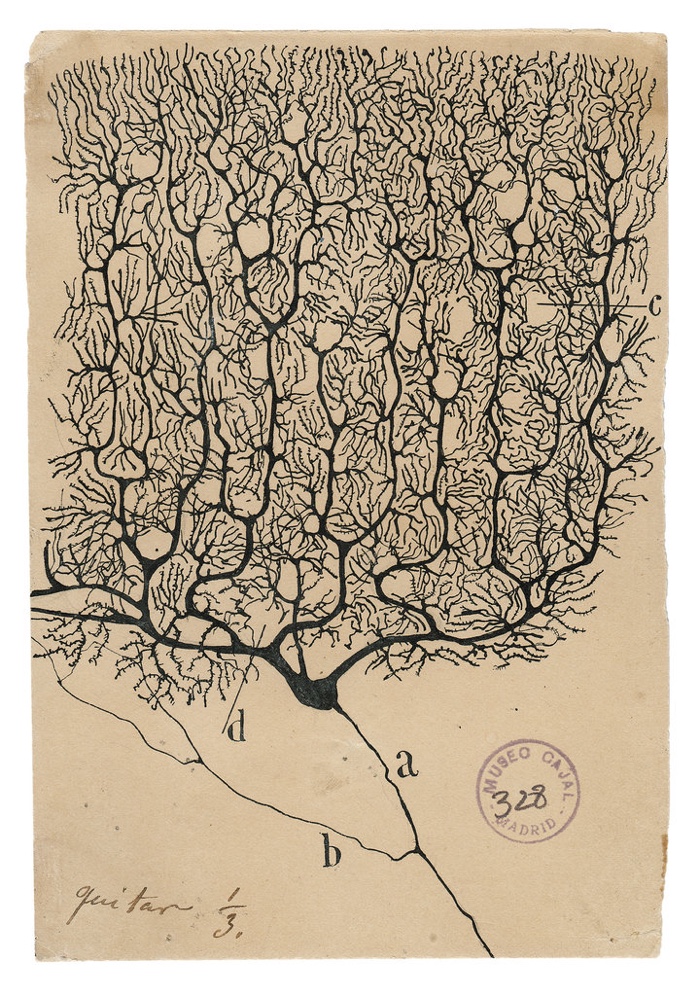 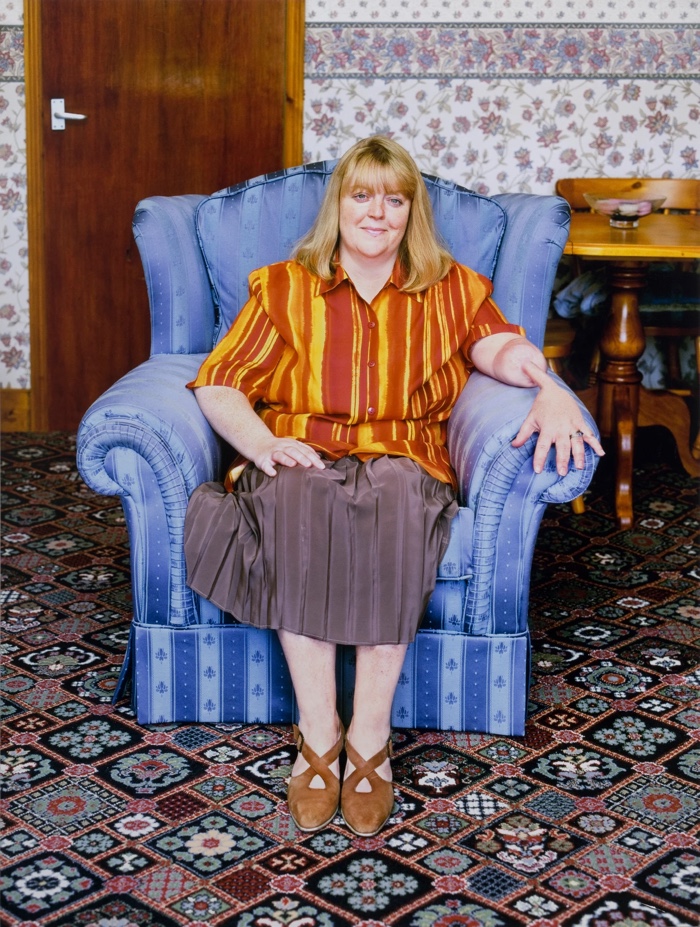 I was morbidly fascinated by the paragraphs on Body Identity Integrity Disorder(BIID), a condition suffered by patients who feel the need to amputate a perfectly healthy limb in order to restore their true identity. It might sound contradictory to us but some BIID patients declare that they feel “incomplete” with two arms and two legs. The disorder poses an ethical dilemma for physicians. On the one hand, physicians feel very uncomfortable with the idea of amputating a healthy limb without any medical reason. On the other, many patients will try anything to self-amputate, often risking their lives. Surgical amputation would thus minimise the harm they might cause themselves. It also has the potential to improve the quality of life of the sufferer. As the title of the documentary by Melissa Gilbert suggests, the patients feel whole once the limb they do not recognise as being part of themselves has been removed. Another term used by people who have undergone a voluntary amputation is transabled.

The book never turns into a freak show though. Chapter after chapter, Costandi methodically analyses the inextricable link between the brain and the rest of the body by tracing the historical milestones from classical neurology, and then by describing the latest cutting-edge research. He even suggests how the research is opening up new avenues of future treatments for neurological and psychiatric conditions and how it allows for the development of next-generation prosthetic limbs that will be fully integrated into their user’s nervous systems so that they feel part of the body. 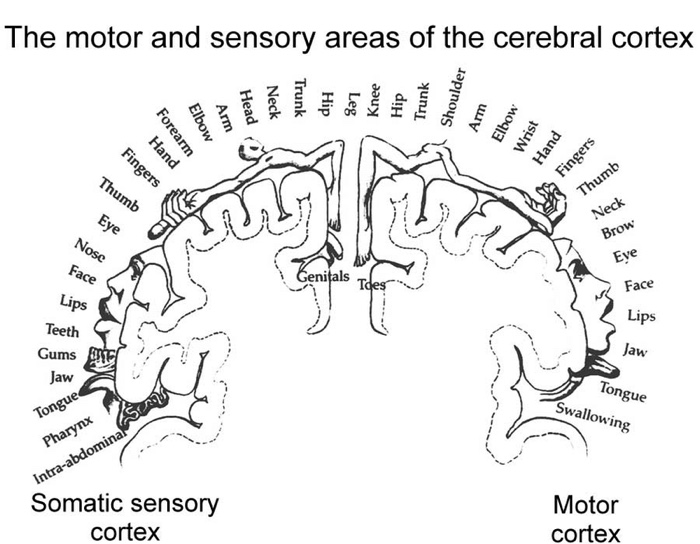 Body Am I. The New Science of Self-Consciousness is packed with remarkable scientific facts about neuroplasticity. I learnt how the brain can rewire itself and how this reconfiguration affects the representations of the body and our self-perception. Musicians, for example, have larger finger representations. And if you wear a cast for a few weeks, the cortical representations of the fingers will shrink, reducing their brain activity. That shrinkage is reversible.

Our understanding of how the brain actually represents the body comes largely from the work of neurosurgeon and cartographer of the brain Wilder Penfield. The “homunculus” drawing he commissioned to medical illustrator Hortense Cantlie for his 1950 book The Cerebral Cortex of Man is captivating and visionary. It is, however, too male-centred to adequately reflect how the female body is represented in the brain. 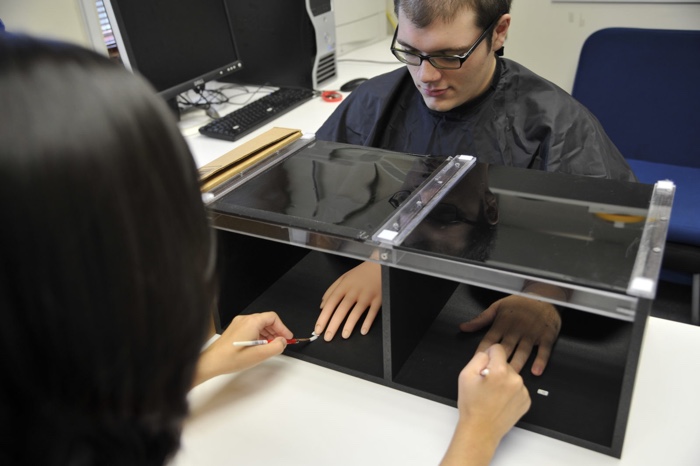 Research analyst Lindsey McIntosh demonstrates the rubber hand illusion experiment in which subjects were manipulated into accepting a rubber hand as their own. Photo: John Russell/Vanderbilt University 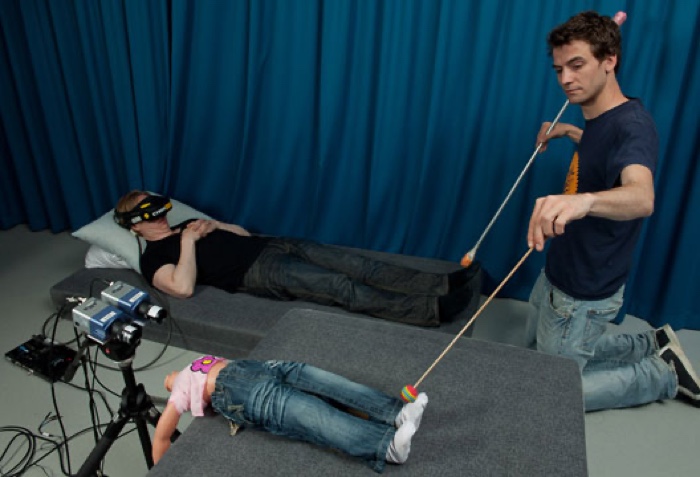 Researchers at the Karolinska Institutet in Stockholm demonstrate the Barbie Doll Illusion experiment in which participants took ownership of the body of a doll much smaller than themselves, 2011

The chapter on how tool use alters body representation was another gem. It seems that the representations of tools occupy a special place in the brain where they are closely associated with those of the hand. Surprisingly, this hand-tool region is intact both in people who are born without hands and in those who are born blind which indicates that the region is innate to serve an important evolutionary function. The brain treats the tool, not as an external object, but as an extension of the body, endowed with sensing capabilities.

Body Am I. The New Science of Self-Consciousness sums up the latest advances in self-consciousness and bodily awareness with a language that is both clear and engaging. Costandi’s forays into the future are also illuminating. Like when he explains how the ability to transfer the sense of body ownership could be useful for tele robotics or how a finer grasp of body representations could contribute to our understanding of the biological basis of gender identity. Or when he expresses doubts about the advent of lab-grown mini brains and about the transhumanist dream to upload the mind’s architecture onto a computer using a high-resolution mapping of all the connections existing within the brain.

I just wish I hadn’t read the horrific treatments animals are submitted to in laboratories. I knew they were basically tortured for scientific purposes. I had no idea it could be so cruel. Poor kittens, rats and monkeys. I wonder how long we will allow these practices to continues at a time when, as Costandi notes, growing evidence demonstrates that cognitive abilities once thought to be unique to humans can be identified in wide variety of animals. Including insects.