I’m just back from a few days in Madrid where i visited the jaw-dropping vast new headquarters of Medialab Prado. More about that soon. I did however find some time to visit a couple of exhibitions in town. Including Anonymization at La Casa Encendida. 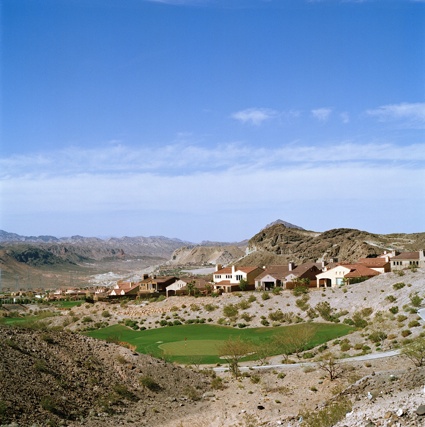 In this photo series, Robert Harding Pittman acutely documents the exportation of the Los Angeles-style model of urban development to other countries such as Spain, France, Germany, Greece, United Arab Emirates and South Korea.
From the construction boom up until the current building crisis.

Anonymization presents under an implacable light a landscape of anonymity made of shopping malls, vast parking lots, arrays of unfinished houses that look exactly the same, green golf courses in the middle of desert areas, etc.

The photos highlight that urban sprawl has no soul, character nor regard for the cultural, social, ecological or even meteorological context. The absence of any human figure in the photos render the alienation even more striking.

In all of places that I photographed, developers almost always feel that they need to build a golf course in their development in order to attract homebuyers, the photographer told Fototazo. Even though many residents do not play golf, it provides them with a feeling of luxury, leisure and well-being, just as does the palm tree. Not only is the green golf course crucial, but so is the green lawn around one’s house, even if one lives in a desert. Obviously water problems are thus also universal in sprawl built in sunny, arid climates, where much of the building has occurred in the recent future.

The other common element to sprawl all over the world is the dependency on the car and the pollution, the lack of social interaction and the alienation that this creates. Also it results in that those who cannot drive, the youth and many elderly, become immobile. 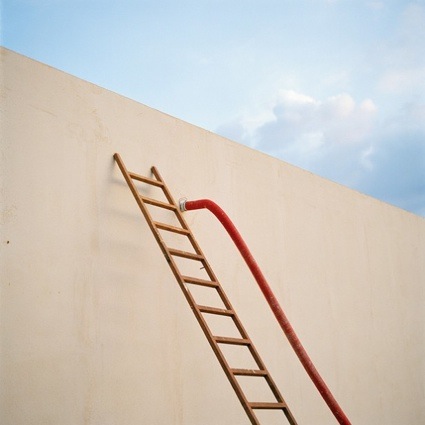 The exhibition is accompanied by a series of facts and figures related to the issue of urban sprawl and mass construction. Bear with me, the texts exhibited were in spanish. Often translated from english. I couldn’t always find the original so i did a reverse translation back to english:

Dubai:
– “We don’t have anything,” explained Kutty, a 25 year old man working in construction in Dubai. “We are living a nightmare and no one cares.” A worker earns in average 5 dollars per day to work 12 hours daily under a suffocating heat. Human Rights Watch revealed that in 2004, almost 900 people died on building sites, some of them because of the heat. They live in overcrowded shacks, among garbage, in ‘infrahuman’ conditions.

– Dubai 2009: ” At the airport, hundreds of cars have apparently been abandoned in recent weeks. Keys are left in the ignition and maxed out credit cards and apology letters in the glove box.”
The stock market has plunged 70%. Scrape beneath the surface of the fashion parades and VIP parties, and the evidence of economic slowdown are obvious. 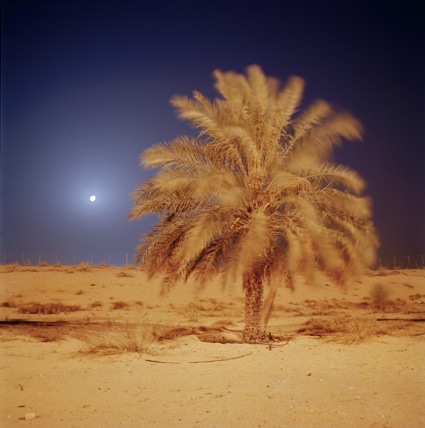 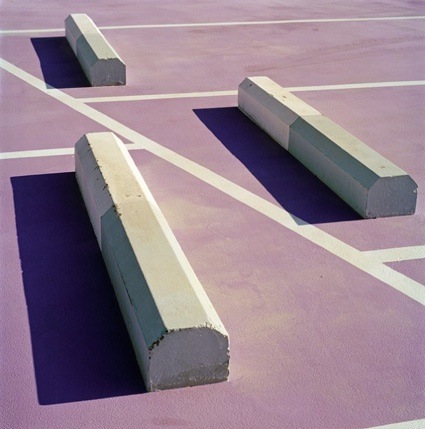 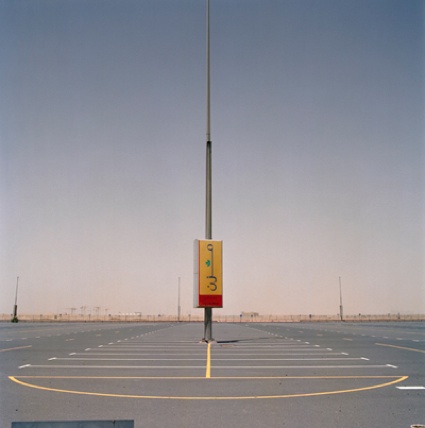 Murcia, Spain:
– In 2005, Spain built 812.294 houses. More houses than in the UK, France and Germany combined.
– These suburban residential modules are the real estate equivalent of what is called monoculture in biology, a term which alludes to their genetic poverty. Environments like there, so simple and homogeneous, are not regarded as a fertile breeding ground for our future evolution.

United Kingdom, 2006:
– Every 3 minute, a British citizen emigrates. An estimated one million Britons now live for all or part of the year in Spain. It is one of the most remarkable European migrations of the last half century. Cheap flights, a strong pound and a British property market which created almost instant wealth made a fantasy realisable for hundreds of thousands of people of more modest means. Houses in Spain couldn’t be built fast enough. 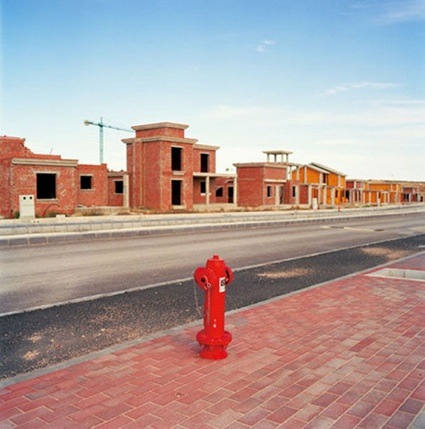 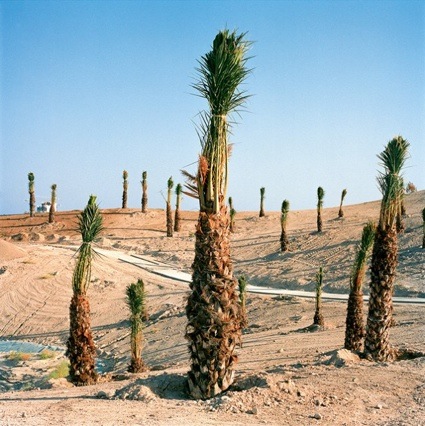 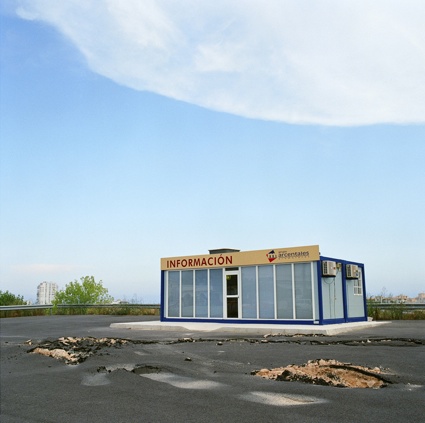 USA, 2011:
According to the census, there are currently 18.700,000 empty houses in the country. Most of these empty homes are located in the South West of the country. 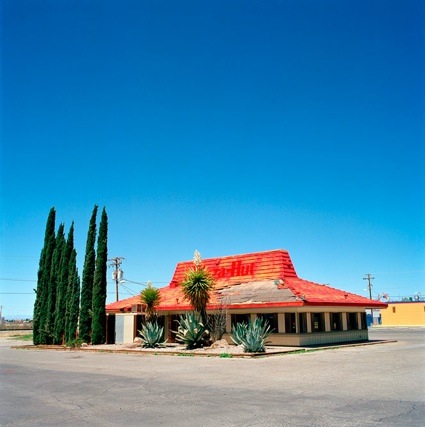 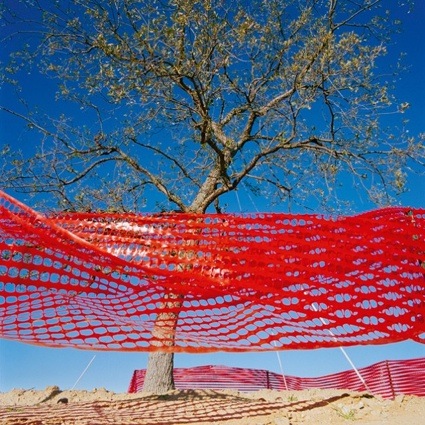 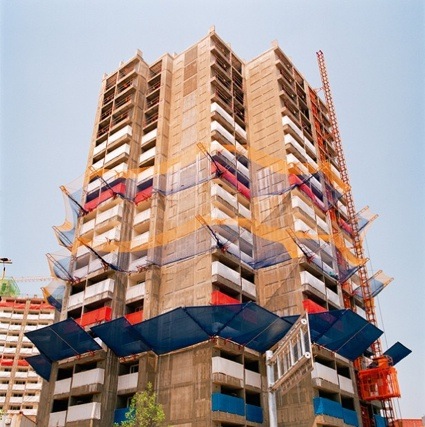 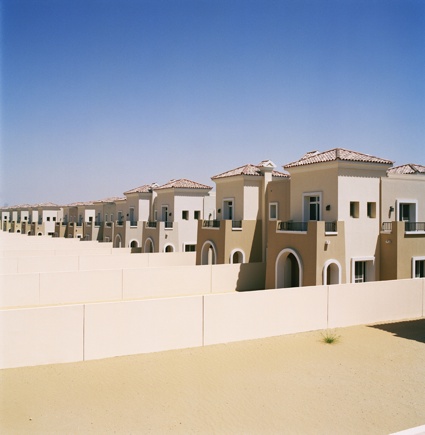 Fototazo has an interview with the photographer.

Anonymization is at La Casa Encendida in Madrid through May 26, 2013.