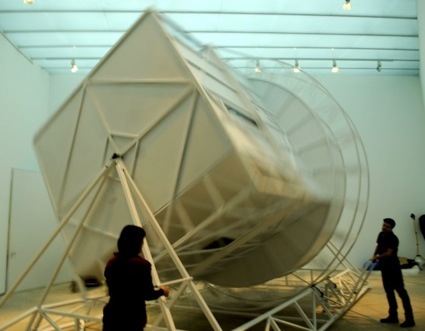 Performance art is very much in favour these days. This Summer in London only, The Tanks opened its gigantic space to ‘art in action’ and the Hayward inaugurated Art of Change, a showcase of installation and performance art in China.

Active Presence – Action, Object and Audience which opened last month at LABoral in Gijón has a fairly similar focus: performance and installation art. But with an added focus on audience participation.

Before this intro goes any further, i think i should exemplify the concept of the show with one of the works i found most engaging. Mentally and physically. Well… i slightly moved my head to the beat of the music while watching the aerobic class. Surely, that counts as a bodily experience.

That’s right! An aerobic class! Mads Lynnerup has designed a series of gym equipment (my favourite are the weights shaped like jamónes) and invited local fitness instructors to use them as they please during their classes. Right in the middle of the exhibition space. Anyone interested in taking part can register and bring their leg warmers or whatever is suitable for aerobic, zumba or pilates.

In Plastic Gymnastic, the art objects are either hung on the wall or manipulated by sweaty palms. And the people you never get to meet outside art openings, are suddenly there in front of you kettlebell swinging and doing planks.

The work demonstrates Lynnerup’s fascination with the similarities of two universes that appear to be very dissimilar. ‘I think the two worlds have a lot in common, he explained. They are both obsessive and become fanatic in their own way (as in one thinks only about working out or making art etc.) and I like the idea that, as an artist in my studio, I am working out something.’ 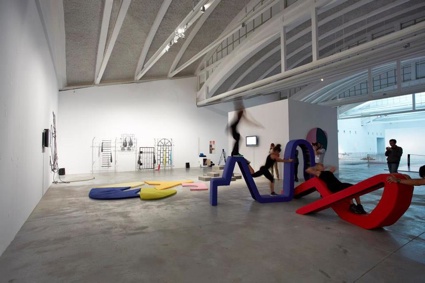 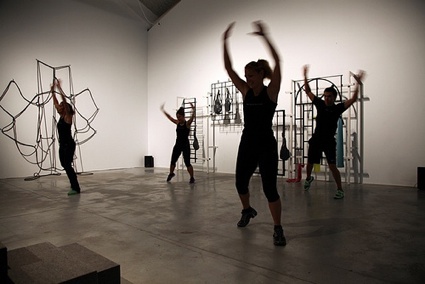 Active Presence – Action, Object and Audience is thus about performance and installation art but they are never dissociated from the role that the public takes in the exhibition space. Implicitly or explicitly. Physically or psychologically.

Or in curators’ speak: The aim of the exhibition is the conflation of performance and installation into a diverse landscape of dynamic installations activated by the artists and/or the audience within the museum’s gallery walls. There are works in which the audience take a more passive role, while the artists are the activators. Conversely, there are also installations whose existence depends upon the participation of the public. There is work that also functions in both domains. In all is found a unique territory betwixt and between genres where conceptually layered relationships uncommon to the experience of pure performance or installation reside.

Spectators have to be brave to engage with John Bock’s Vas-Y! (which i’d translate as ‘go on!’) though. 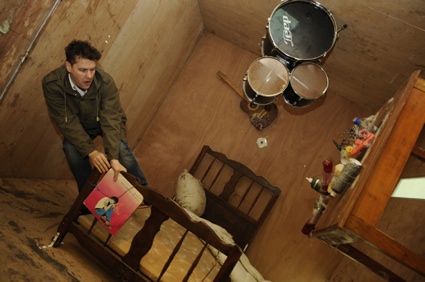 Bock invited members of the audience to step inside a small house, complete with furniture and music instruments. But as soon as the door closes behind you, it starts moving on its axis and you feel like you are inside a washing machine. Or a hamster inside a wheel if you walk at the correct rhythm.

Video of what goes on inside. 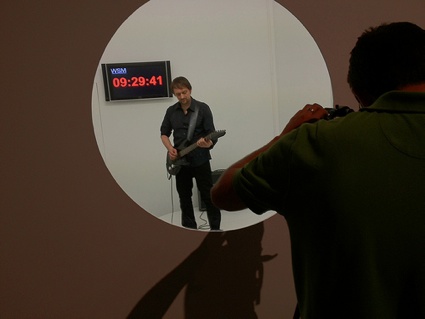 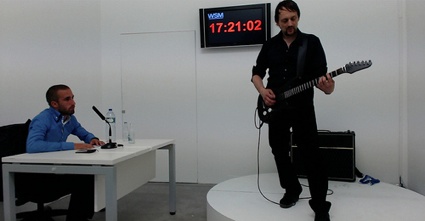 Thom Kubli used the exhibition space as the setting for a Guiness Book record. He broke the world record of “The Longest Guitar Solo Ever Played.” He managed to stand there –without ever taking a break– playing the instrument during 17 hours, 21 minutes and 2 seconds.

If you think you can outperform Kubli, feel free to drop a line to produccion @ laboralcentrodeart org. They will give you the space, the guitar, a witness and stream your solo of guitar through their web.

I’ve no clue what Alastair MacLennan was doing balancing a tree on his head but it was the most exquisite and intriguing spectacle of the opening night. 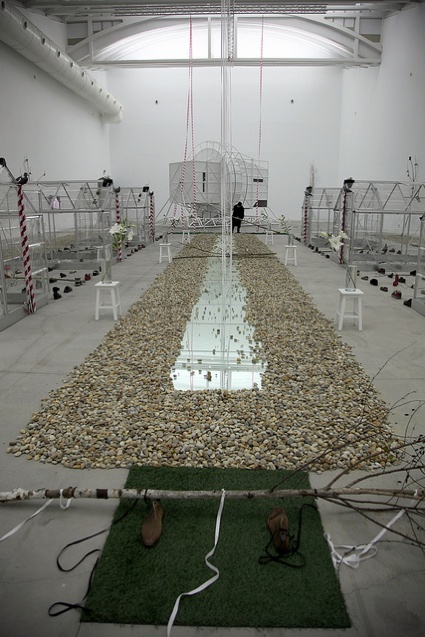 Sergio Prego’s rubber architecture of tunnels in the entrance of the art center. 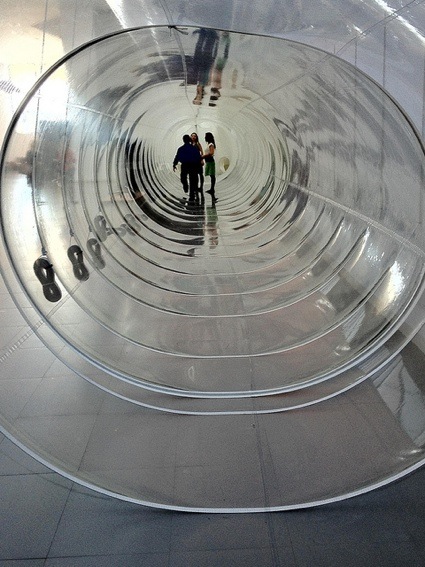 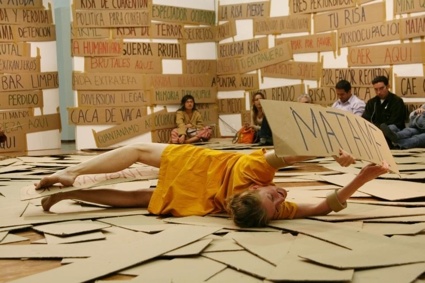 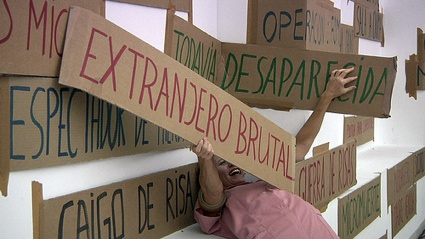 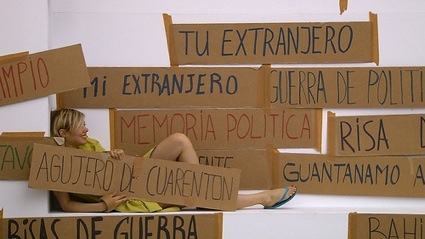 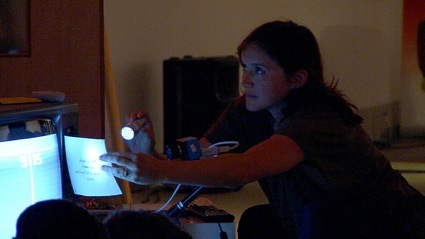 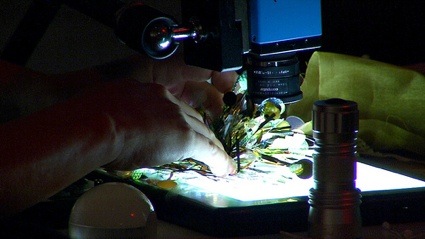 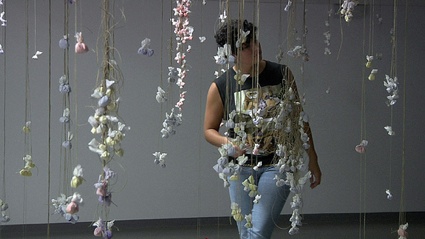