“A labourer over the course of an 8-hour day can sustain an average output of about 75 watts.” (Marks’ Standard Handbook for Mechanical Engineers.)

If 75 Watt had to be reduced to a brief paragraph, it would be described as a product designed specially by Revital Cohen and Tuur Van Balen to be manufactured in China. Its unique function is to choreograph a dance of assembly line workers.

75 Watt seeks to explore the nature of mass-manufacturing products on various scales; from the geo-political context of the labour fragmented into minute, predictable gestures to the bio-political condition of the human body on the assembly line.

Engineering logic has reduced the factory labourer to a man-machine, through scientific management of every single movement. By shifting the purpose of the labourer’s actions from the efficient production of objects to the performance of choreographed acts, mechanical movement is reinterpreted into the most human form of motion: dance. What is the value of this artefact that only exists to support the performance of its own creation? And as the product dictates the movement, does it become the subject, rendering the worker the object?

The work references many theoretical essays about capitalism, work management and industrialization. It also directly alludes to Frank and Lilian Gilbreth’s use of time lapse photography to study and subsequently cut back on workers’ superfluous motions. The images they created in their research are called chronocyclographs. A camera was attached to a timing device and photographs were taken of workers performing various tasks. The motion paths were traced by small lamps fastened to the worker’s head, hands and fingers. With the technique, a complete work cycle could be reduced to the shortest and most efficient sequence of gestures. 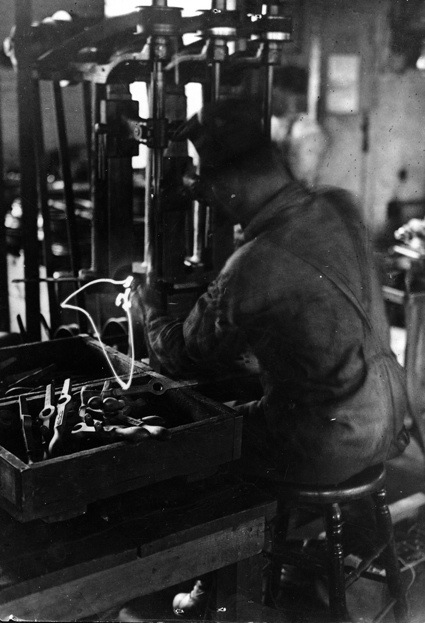 The work began with a research trip in September 2011 to study the movements of production in various factories and assembly plants in Shenzhen and Guangzhou. Back in London, Cohen and Van Balen collaborated with dancer and choreographer Alexander Whitley to design the product. All the parts of the final objects were then manufactured in China and early March 2013, Cohen and Van Balen flew back to China to film the assembly/dance in Zhongshan. 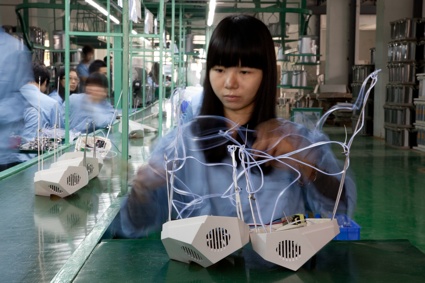 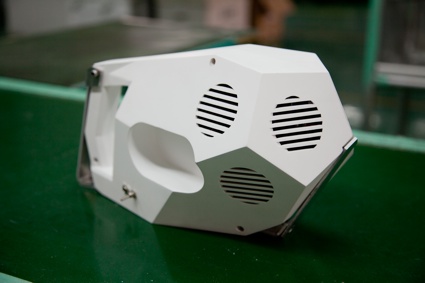 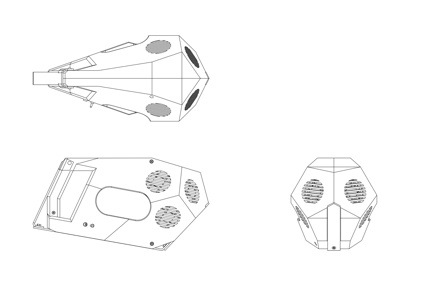 Hi Tuur! What drove the shape of the final object? Or is this a random shape meant to evoke modern electronic devices?

The final object’s only function is to choreograph its own assembly: all of the dimensions, components and materials are designed to create specific movements when they’re put together. The starting point in this process was a research trip in 2011, when we spent time in various factories around Shenzhen and Guangzhou to study the movements of production.

I was surprised to read that you designed the product together with a choreographer in London. How did he contribute to the design of the object?

We worked with choreographer Alexander Whitley to develop the design of the object through multiple iterations of making and dancing. Alexander is a fellow at the Royal Ballet so we were using the ballet studios in the Royal Opera House to test the models we made with ballet dancers. The dance of the assembly inspired the next iteration of the object and vice versa.

We wanted to re-appropriate the processes of mass-manufacturing that dictate the logic with which these products are made. And those are processes we are all inherently connected to, through the products we use every day. 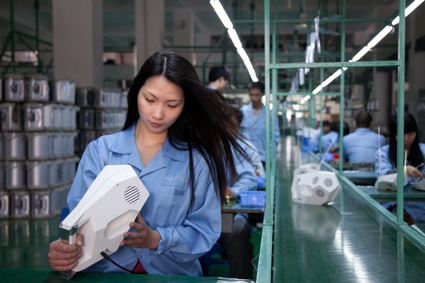 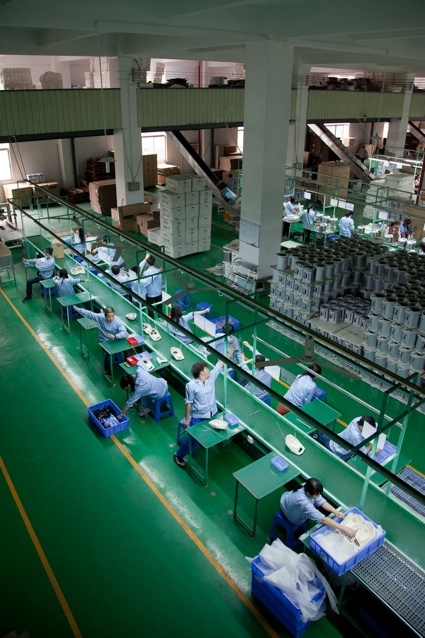 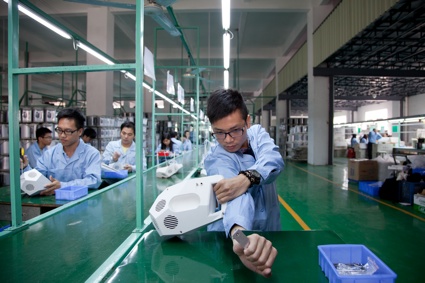 How easy was it to convince the factory managers to let you organize this ballet? How about the people working in the factory line? Were they eager to participate? How did you explain them their role and the reason why you wanted to shoot the film?

Finding the right factory in China where we could perform (and film) the assembly turned out to be one of the biggest challenges of making this work. Exactly because of that logic of mass-manufacturing, every minute on an assembly line is worth a lot of money and in contrast with our budgets. Eventually, we were lucky to find a culturally minded factory manager who after some Chinese business dinner rituals could be convinced to collaborate.

It didn’t take much time for the factory labourers to engage with the work. Most of them are young and keen; they didn’t necessarily choose to become factory workers, neither will they be all their lives. We used their experience to organise final aspects of the assembly, like aligning the timings of different steps.

I’m also interested in how you made the final film: was it the result of many rehearsal? Or were the workers also half-improvising there some improvisation?

Because all the parts and components are also made in China, we spent a long time preparing the filming. We only had a few days for the actual filming of the assembly, with one day of rehearsal. Alexander, the choreographer, was there too to finalise, teach and oversee the choreography. Mass-manufacturing is no place for improvisation. 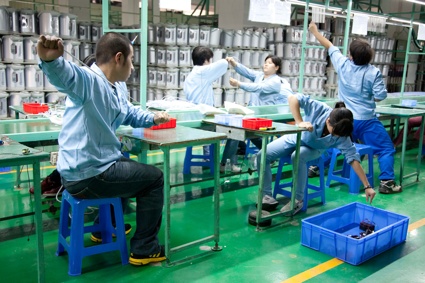 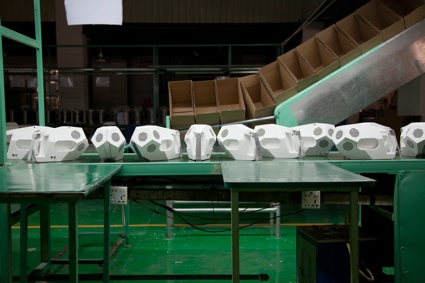 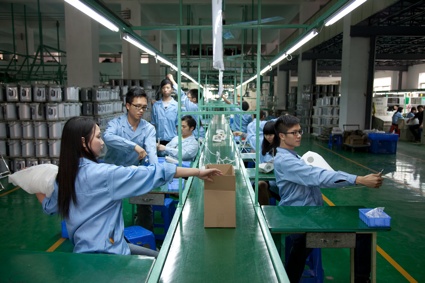 75 Watt will be shown in Brussels on the 13 and 14 June, during Working Title Platform #6 at workspacebrussels.

Related activities for the Chinese factories: Cao Fei’s Whose Utopia? video fairy-tale, shot at OSRAM China Lighting Ltd. factory in the Pearl River Delta, shows the workers endlessly repeating the same gestures: they insert tiny filaments into delicate light bulbs, they test then pack them into boxes. Then there’s Lisa Ma who sent factory workers in strawberry fields and Jeremy Hutchison who asked factory workers to make him faulty goods.