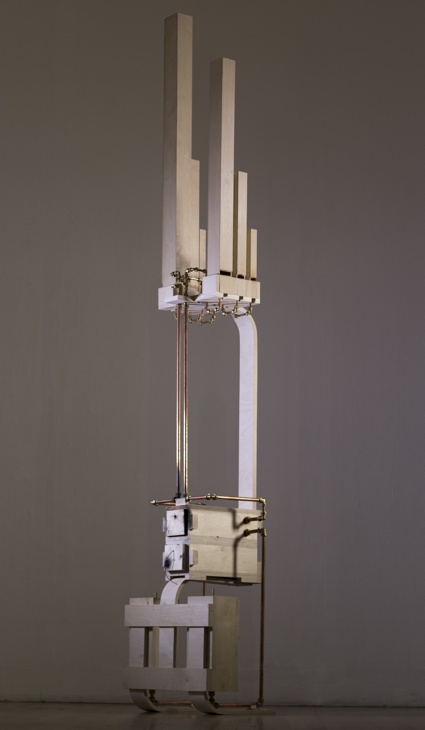 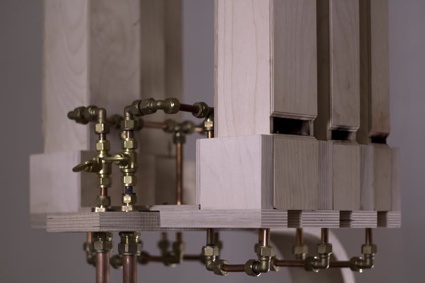 In 1948, behavioral psychologist B. F. Skinner published Walden Two, a utopian novel set in an experimental community of about one thousand people who all live, eat and raise their family in common.

The functioning of the Walden Two community is guided by behaviorist principles, and its members are conditioned to be productive, creative and happy. If there is evidence that a new social practice (not saying “thank you”, for example) will make people happier, it is implemented and its consequences are monitored.

There is no real governing body but members subscribe to the Walden Code of self-control techniques. Community counselors supervise behaviour and provide assistance to members who experience problems in following the Walden Code.

In Walden Two, people work for maximum four hours, they don’t receive any salary but then nothing at Walden Two costs money*.

Austin Houldsworth imagined a monetary system within the cultural context of Walden Two. The payment system would challenge the established monetary function of ‘a store of value’, creating a new method of exchange that encourages people to actively destroy their money during a transaction. The process positively reinforces the behavior through the creation of music produced from the burning of money inside a transaction machine that doubles as a pipe organ.

Walden coins are made from potassium nitrate and sugar to produce smoke.

Austin was showing the Walden Note money project at the Work In Progress show of the design school of the Royal College of Art a couple of weeks ago. I knew about Skinner but had no idea he had written a utopian novel and was intrigued by the designer’s intervention in the novel (destroy your money during the transaction?!?) So i had a little Q&A with him:

Whilst reading the novel, I asked myself the question; how would money function within this society? What would it look like? My initial ideas were depressingly similar to monetary systems in use today, echoing the established system that I’ve used throughout my life. To overcome my natural tendency to design within the world I know, I decided to accept Skinners proposed utopia as a real place and accept that his behaviour modification techniques could create selfless individuals – and increase co-operation rather than competition.

Imagining a society made-up from selfless individuals means the traditional functions of money might start to change. For example; why would a long-term store of value be need if no one desires more than what is required? Who would create this money? Would security features be necessary if people were trustworthy, or could money be used as a way to measure the stability of the society? 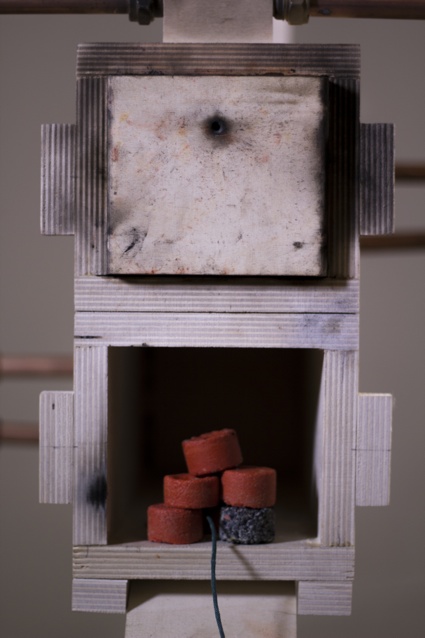 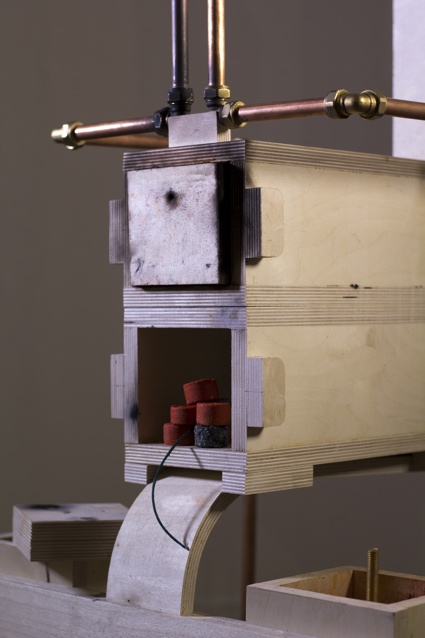 What is a transaction like and why would people accept to destroy money?

During every transaction the seller is obliged to aid the buyer in the destruction of their money equal to the cost of the service or object he/she is purchasing. Through the destruction of money, musical notes are created which are linked to the coins denomination. For example a C is 1 Walden-note, a D is 2, an E is 3 and so on; these notes have two main functions. Firstly the pleasant sounds created help to positively reinforce this behaviour and secondly the burning money communicates the economic state of the society to the ‘managers and planners’.

Regarding the creation of the money; every individual within Walden has the right to create money. The planners within the society give guidelines of an average workers pay, but the responsibility of how much was earnt lay with the worker.

The work is about the future, yet the prototype doesn’t have the typical futuristic sleek aesthetics. In fact (and please don’t get offended) it looks a bit rustic. Why this choice? Does it hint that people will be able to DIY their own?

I suppose the work has been created within a paleofuture, as Skinner wrote the novel in 1948. So I see this monetary system as simply one of a million alternatives rather than a single vision. Regarding the aesthetics; the people within Walden Two were encouraged to live a relatively simple rural life but also a life full of experimentation, encouraged to create new objects which may lead to a better society. So that’s where the DIY look comes in; each person creates their own individual music creating money incinerator.

Now how does this wooden structure work exactly?

It works in a similar way to a pipe organ; but rather than air, smoke is used to produce the notes within the wooden pipes. Walden money is made from potassium nitrate and sugar coins; the money to be burned is sealed in the machine by the seller and then ignited via a fuse wire. As the mixture burns the smoke can only escape from the pipes and the Walden ‘notes’ are created.

Counter-fictional design is a term I use to communicate the method that I’m developing within my research project. It borrows aspects from ‘Counterfactual’ history; which was originally used as a form of historiography in an attempt to determine the significance of historical events by proposing ‘what if’ scenarios. This method has recently been employed by designers to imagine how ideologies of different timelines, might alter the cultural constraints surrounding design.

Although counterfactual history offers the creative mind freedom, (which would otherwise be difficult to achieve), its’ scope is still limited to historical events. Therefore I started to develop a method that moves beyond designing ‘alternative histories’, to designing within ‘alternative worlds.’ By using a design methodology I call Counter-fictional design; which uses past social science fiction novels as a framework to design radically different socially dependent technologies. This Counter-fictional methodology aims to both highlight the importance of the impact of fiction upon the real world, and also offer a new playground for designers to imagine radically different systems.

What is next in your exploration of alternative monetary payment systems?

Fortunately there are no shortage of social science fictions that are absent of monetary systems. The next alternative payment systems will be designed within the context of Aldous Huxleys’ ‘Brave New World.’ During this research my aim is to create at least ten monetary payment systems within a broad array of utopian / dystopian novels.

Previously: Crime Pays, Austin Houldsworth’s exploration of an entirely cashless society.
*I stole bits of the summary from Sparknotes.