Last week, i visited This Is War, the degree show of BA Design at Goldsmiths. There were a few good surprises. The best one being The Welsh Space Campaign, a project that launches ordinary Welsh people into outer space, by finding a cosmic context for Welsh traditional culture and skills. Except that it wasn’t really a surprise as i had been told repeatedly beforehand that i was brilliant must-see work. And so i went to the Old Truman Brewery to see it for myself. 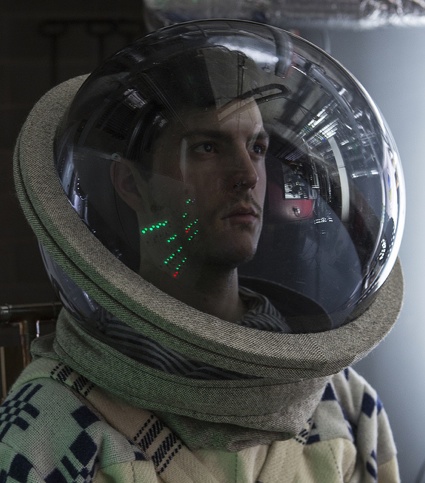 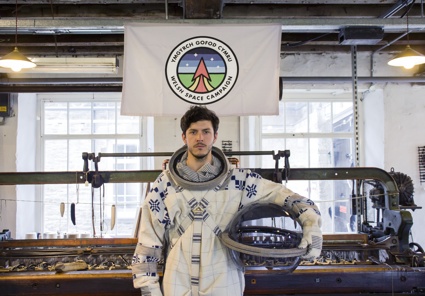 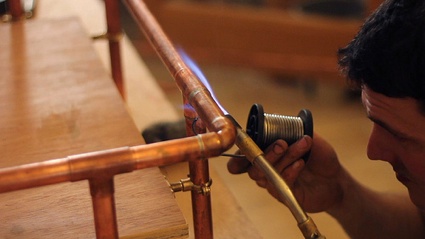 A few months ago, young designer Hefin Jones started touring the last remaining wool mills in Wales and asked factory workers and craftsmen to help him make an astronaut suit. The work is not solely about making a series of space garments, it’s also about catapulting these people into entirely new ambitions and dreams and discussing with them the possibility of sending local crafts and skills into space. “The project facilitates participatory speculation, in which the people are invited into the construction of cosmic objects, and their experience during this process allows them to speculate about the different possibilities of their skill.,” Jones later told me in an email interview.

The suit is made of the fabric woven in the last remaining wool mills in Wales. The astronaut boots are traditional Welsh clogs crafted by a traditional clog maker. The whole pressure system that will enable the astronaut to sustain life in outer space was built by a Welsh plumber.

The aim of the designer is to reveal that Wales has the capacity to explore space, and to show that off-world culturalisation can be achieved through a collective communitarian effort; as a way to allow the people involved to reconsider their role and skill in relation to these cosmic contexts.

Even the emblem of the space mission is a pure Welsh reference: the tail of the red dragon that appears on the national flag: 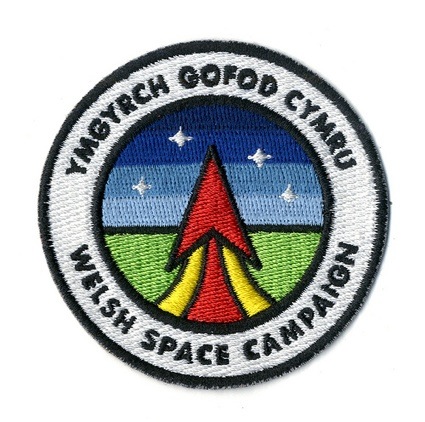 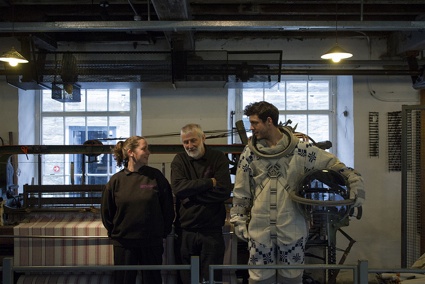 Wool craftspeople discussing the future of the wool industry and space travel, The Welsh Space Campaign

The WSC is Jones’s degree project but he plans to push it further by involving other industries, communities and cultures that would normally never even think of engaging with space travel. The designer has also started to look beyond the space suit and expand into the different material culture of a space program, working with physics professors in Aberystwyth University to calculate how to send Welsh cultural artefacts into space. He is also collaborating with Poet Laureate Ceri Wyn Jones to write a ten to one launch countdown poem, with each number referencing an aspect of Welsh culture.

I’m going to leave the last words to Hefin Jones: “It’s about the small engagements with the possibility of space travel, the tensions, the small steps towards an unattainable goal, and the feeling this series of actions creates within them.” 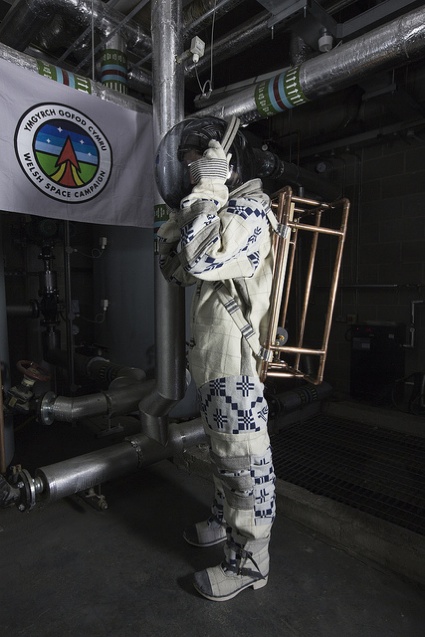 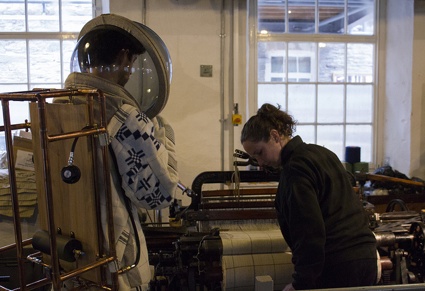 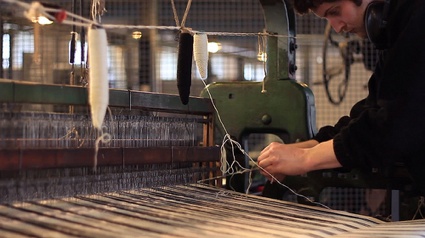 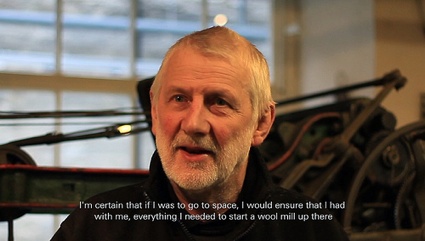 Film still, The Welsh Space Campaign (I’m certain that if I was to go to space, I would ensure that I had with me, everything I needed to start a wool mill up there) 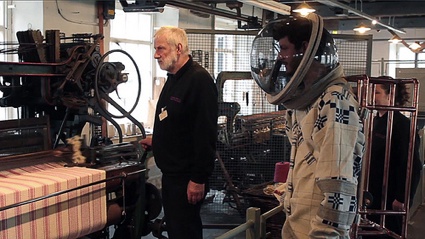 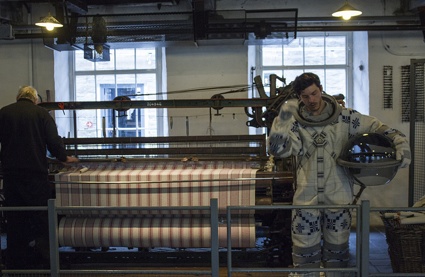 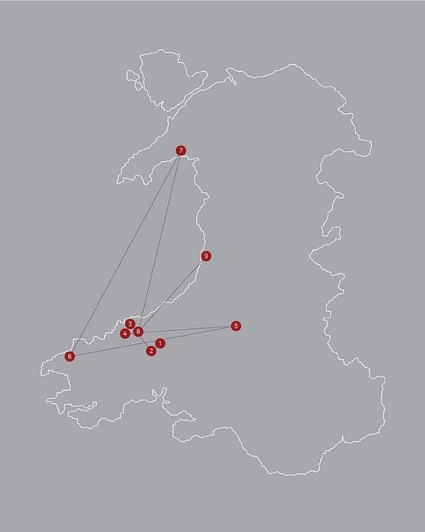 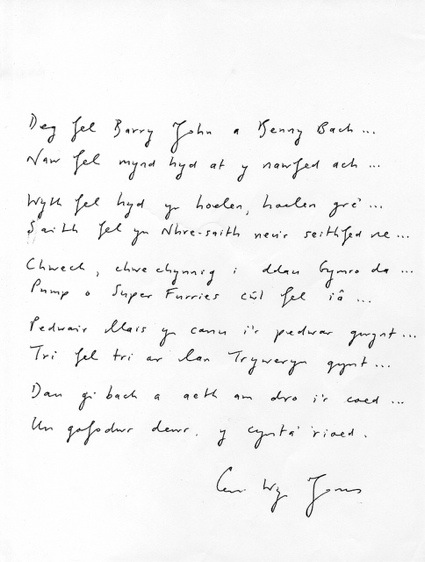