I don’t normally blog about calls or upcoming events. Mostly because as breathtaking as they are, press releases ‘copy/pastes’ are not my idea of an appealing content. I do like to make exceptions to the rule though. One of them is the Bio Art & Design Award. It used to be called the Designers and Artists for Genomics award but its objective remains unchanged: the award invites designers and artists interested in life sciences to propose projects that push the boundaries of research application and creative expression. Each year the three most remarkable ideas are awarded a 25,000 euro grant to bring the project to life and exhibit it.

To be eligible for the award you must have graduated no longer than five years ago from a design or art program (at either the Masters or Bachelors level). Applicants are encouraged to relate their proposals to recent advances in the Life Sciences, including those within specialties such as ecology, biomedicine and genomics.

The selection process is rigorous, the research institutes associated seem to be genuinely enthusiastic about the collaboration and the results of the partnership are usually so exciting that i’ve blogged about them relentlessly in the past (check out in particular: The Living Mirror, Ergo Sum, the now iconic 2.6g 329m/s, aka the ‘bulletproof skin’, etc.) 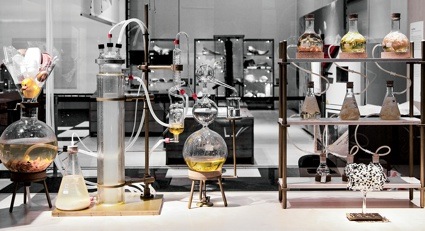 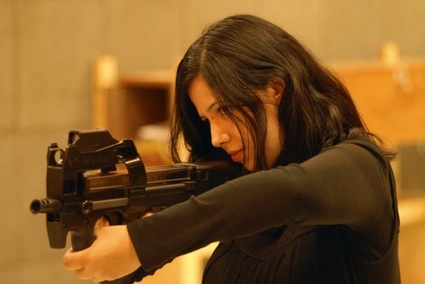 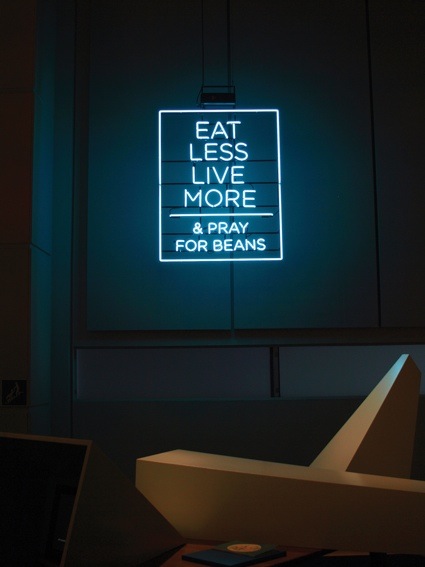 The Center for Genomic Gastronomy, Eat Less, Live More and Pray for Beans

I took the call for proposals as an excuse to chat about the award with Angelique Spaninks and Wilma van Donselaar. Angelique is the head of MU, the art center which is going to exhibit the winning projects next Winter and Wilma, who works at the the Netherlands Organisation for Health Research and Development, has been working on the Award from the beginning.

Designers and Artists for Genomics is now Bio Art & Design Award. Why did the name change? Does it involve any modification in the award? The way it is organized, its purpose, the spirit, the organizations involved?

Angelique Spaninks : The change of the name is partly due to a shift in organizational parties. The Netherlands Genomics Initiative that has set up the award has ceased to exist per January 1 of this year but it has managed to guarantee a budget for a similar award. This has been brought under care of ZonMW, the Netherlands Organisation for Health Research and Development, that is now in the lead. The other new partners are NWO (the Dutch Research Council) and MU, one of the leading art foundations in the Netherlands with a hybrid program reaching from contemporary art to design, media art and popculture.

MU will take care of coordination towards the exhibition of the three winning projects, combined with other new bio art and design projects. De Waag is still on board and so are several leading universities and research centers for the Life Sciences that provide teams of scientists that will closely collaborate with the artists and designers that will be selected to work on their proposals. In that sense the purpose and spirit have not changed, and neither has the prize money.

I’m, as always, impressed by the quality and quantity of scientific organizations the award got on board. Why do you think they accept the challenge to work with an artist or designer? What does the collaboration with a creative individual with an entirely different background and -i suspect- perspective bring to their research activities?

Wilma van Donselaar of ZonMW: At first the only scientific organizations that participated were funded by the Netherlands Genomics Inititiative and they had to be persuaded a bit in the beginning, but quite soon they thoroughly enjoyed the collaboration. The artists bring in completely new ideas and often challenge them into exploring new technological possibilities. There has to be a connection of course, but that is something that already becomes quite clear during the matchmaking event at the start of the competition. The only reason why it is difficult to keep scientists on board year after year is that it takes a lot of time. That is why we also bring in fresh research groups. But since we can show the results of previous award rounds now, that is not so difficult anymore.

Who should apply to the award? Is it mostly interactive designers and media artists or could a more ‘traditional’ artist/designer get a chance provided he’s passionate enough about the possibility to engage with Life Science materials and ideas?

AS: We don’t exclude anyone with an exciting but also viable proposal, who has graduated no more than five years ago in the field of art and design. Of course it will be more easy for artists/designers with some experience in working with Life Science materials and ideas, but the award is also there to stimulate young creatives to explore new territories and enhance the options for collaboration between creatives and scientists. All this to broaden and deepen the interest in and debate about the Life Sciences through the arts and examine it’s social, cultural and ethical contexts. 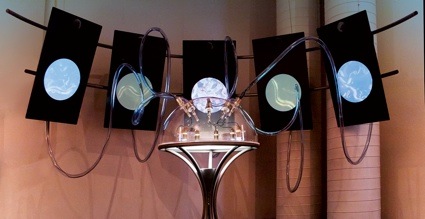 How is an artistic/design proposal paired with a scientific institute? What is the process?

AS: Each participant can submit only one application before February 2. This application consists of a preliminary idea, portfolio and filled out registration form. Only 16 applicants will be selected for a matchmaking meeting in The Hague in March, where the creatives have to find a match with a team of scientists from one of the participating Dutch Life Science institutes. A list of the participating research groups of the 12 Dutch Life Science institutes can be found on the website www.badaward.nl. Once the matches are made artists/designers and scientists write a joint full proposal for the Award before end of April. Then mid-May all teams have to present their final proposals to the international jury which will then select the 3 winners. All proposals will not only be presented to the jury that day but also to the public. From June till November the Award winning proposals are realized by the artist/designers and scientists together and will be exhibited in MU art space on Strijp S in Eindhoven for 2 months starting from November 28, 2014.

Also I was wondering how the winning projects get accepted (or not) by the design and/or art world? Are they seen as hard to grasp and comment on pieces or does the art press and the art public embrace them as valuable and challenging expressions of creativity?

AS: The Award functions as a springboard, either for new nominations or Awards, new or extended collaborations, grants, positions or new publications. Experience with the first 3 years and 10 Award winners has learned that there is a growing interest in bio art and design in press and society but the art and design world themselves are lagging behind a bit. By presenting the winners in a respected yet hybrid contemporary art space like MU and in a leading art, design & technology driven city like Eindhoven we are convinced this will gradually change.

Thanks Angelique and Wilma!