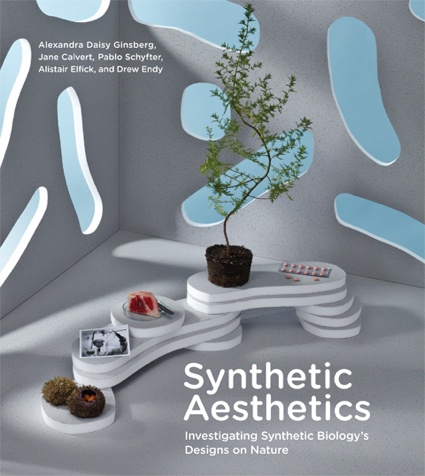 Publisher MIT Press writes: Synthetic biology manipulates the stuff of life. For synthetic biologists, living matter is programmable material. In search of carbon-neutral fuels, sustainable manufacturing techniques, and innovative drugs, these researchers aim to redesign existing organisms and even construct completely novel biological entities. Some synthetic biologists see themselves as designers, inventing new products and applications. But if biology is viewed as a malleable, engineerable, designable medium, what is the role of design and how will its values apply?

In this book, synthetic biologists, artists, designers, and social scientists investigate synthetic biology and design. After chapters that introduce the science and set the terms of the discussion, the book follows six boundary-crossing collaborations between artists and designers and synthetic biologists from around the world, helping us understand what it might mean to ‘design nature.’ These collaborations have resulted in biological computers that calculate form; speculative packaging that builds its own contents; algae that feeds on circuit boards; and a sampling of human cheeses. They raise intriguing questions about the scientific process, the delegation of creativity, our relationship to designed matter, and, the importance of critical engagement. Should these projects be considered art, design, synthetic biology, or something else altogether?

Synthetic biology is driven by its potential; some of these projects are fictions, beyond the current capabilities of the technology. Yet even as fictions, they help illuminate, question, and even shape the future of the field. 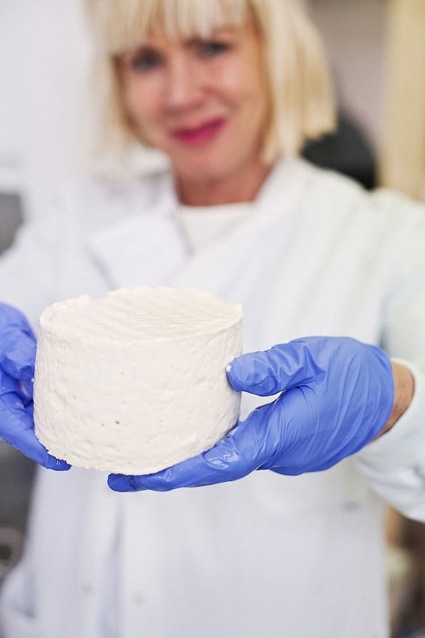 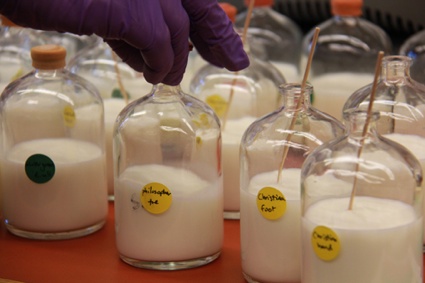 I don’t think i’ve ever reviewed a book and recommended it to scientists. Synthetic Aesthetics, however, should appeal to the art/design crowd and to the science community alike. It should also interest anyone who is eager to look beyond overenthusiastic headlines that promise a world-saving ‘green’ technology and who would like to understand better the benefits, risks and uncertainties of a field that might sometimes appear foreign and abstract.

Synthetic Aesthetics brings together synthetic biologists, social scientists, designers and artists to talk about what it means for science, culture and society to not only redesign existing organisms but also to design new ones, constructing in the process completely novel biological entities. As you can expect from the avant-garde minds invited to take part in Synthetic Aesthetics, the essays discuss the possibilities, real and imagined, of a future in which ‘synbio’ is part of ‘nature’, design and everyday life but some of the authors also look at the historical and cultural precedents of human interference with nature, from The Island of Doctor Moreau to producing GMOs.

Synthetic Aesthetics doesn’t offer any easy answer regarding the challenges and potentials of ‘synbio’. What it does very well, however, is opening up a space to have a broad discussion about questions as critical as: Could reprogramming organisms answer the problem of the finite resources of the planet? How do you design what doesn’t exist, not even in our imagination? When should we turn to synthetic biology rather than to political or technical solutions? What are the implication of applying an engineering mindset to life materials? etc. 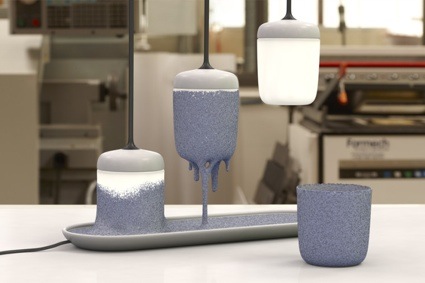 Roughly one half of the book explores projects that resulted from a close collaboration between scientists and artists/designers. I’ll just highlight one of them because it has a good balance of ‘sci-fi’ and everyday practicality.

Packaging that Creates its Content envisioned a probiotic drink that relies on bacteria to morph into a physical cup when exposed to a specific light wavelength. During shipping and storage, the cups remain dormant until water is poured inside, creating a healthy drink. After several uses, the cup’s walls begin to degrade and it can be composted.

‘Packaging That Creates Its Contents’ helps people think about what the world would be like if packaging never created waste.

Get that book! I’ve searched high and low for a book that would explain synbio in a clear, engaging and intelligent way. I’m glad i’ve finally found it. 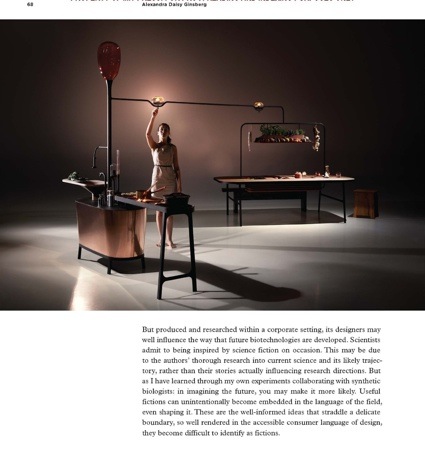 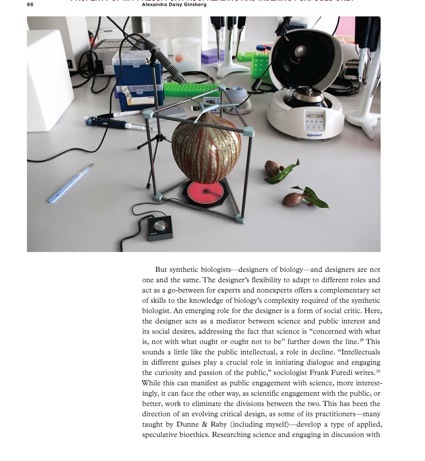 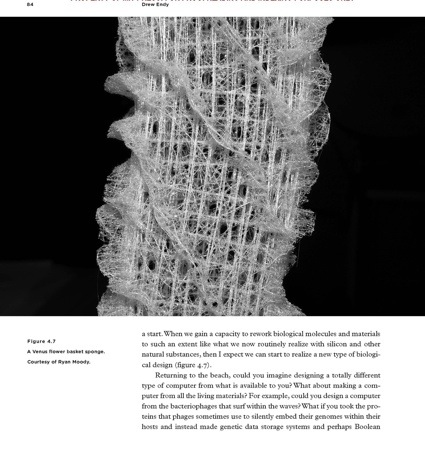