I wasn’t particularly dazzled by the press pictures of the exhibition Everything Was Moving: Photography from the 60s and 70s and i thought i’d visit it on a day i’d be really really bored. Which you’re never supposed to be in London. Still, last Sunday i was at the Barbican, attempting to recover from the heart attack i had when i saw the endless queue to experience Random International‘s Rain Room and took the lift to see the photo show. I found that the press pictures didn’t do it justice. Everything Was Moving is a magnificent, albeit slightly exhausting, show. The exhibition shows the work of photographers who lived and worked in countries as different from each other as Ukraine under Soviet control and Apartheid South Africa, Maoist China and Vietnam attacked by American soldiers. Plenty of politics, social issues and conflicts to cover!

I might not have (or rather ‘take’) the time to cover the whole exhibition but one of the rooms that impressed me the most was dedicated to the work of Japanese photographer Shomei Tomatsu. His most famous series is “Nagasaki 11:02”. Fifteen years after the horrific atomic bombings of the cities of Hiroshima and Nagasaki, Shomei Tomatsu was commissioned by the Japan Council Against Atomic and Hydrogen Bombs to document the effects of the A-bomb on the city of Nagasaki and on its inhabitants. 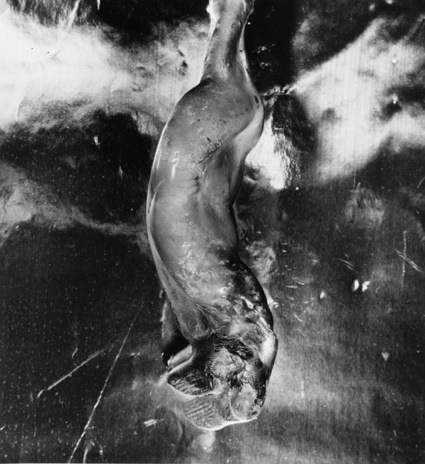 Shomei Tomatsu, A Bottle that Was Melted by Heat Wave and Fires (from the series Nagasaki 11:02) Nagasaki, 1961

The series is named after the photo of a watch that was dug up 0.7km from the epicenter of the explosion and which stopped at the exact moment the bomb fell: 11:02 a.m on the 9th of August 1945. 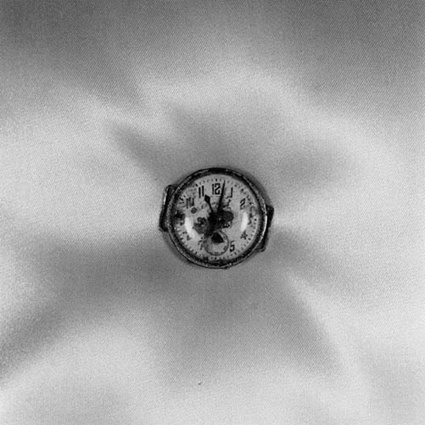 A Wristwatch Dug up approximately 0.7 km from the Epicenter of the Explosion. Nagasaki, 1961 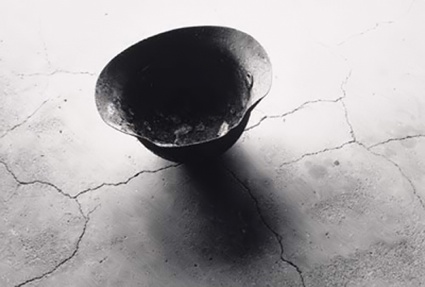 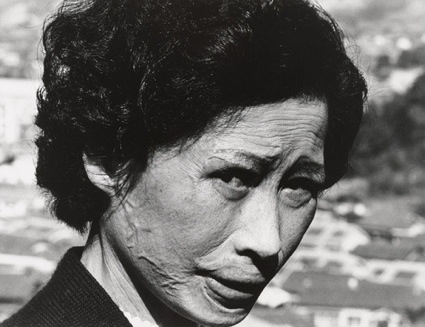 Christian with Keloidal Scars (from the series Nagasaki 11:02) Nagasaki, 1961

Another of his most admired series is Chewing Gum and Chocolate which exposes the influences of the US occupying forces and of American military and popular culture on Japanese society. 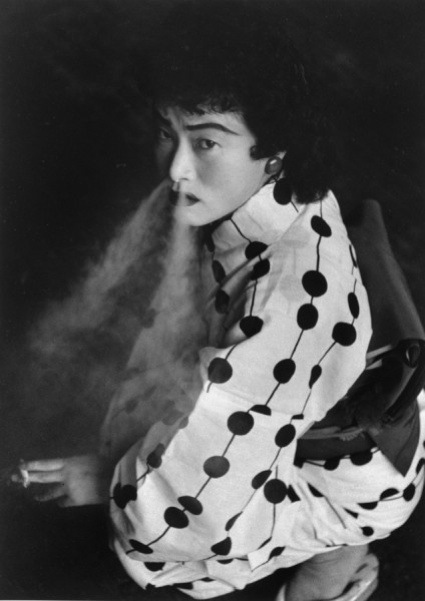 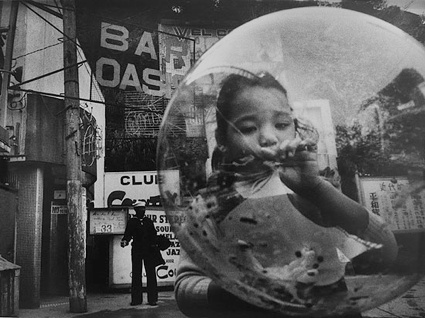 Untitled, from the series Chewing Gum and Chocolates, Yokosuka, 1959 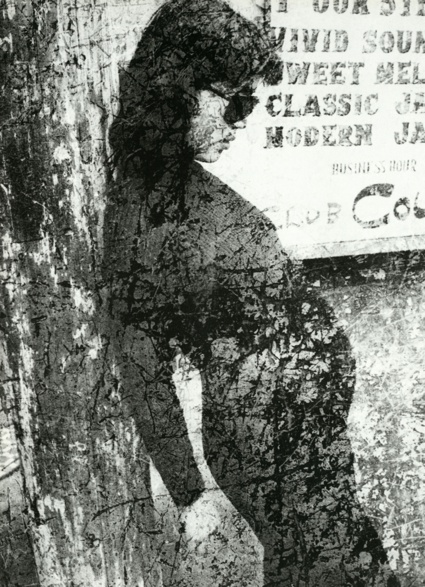 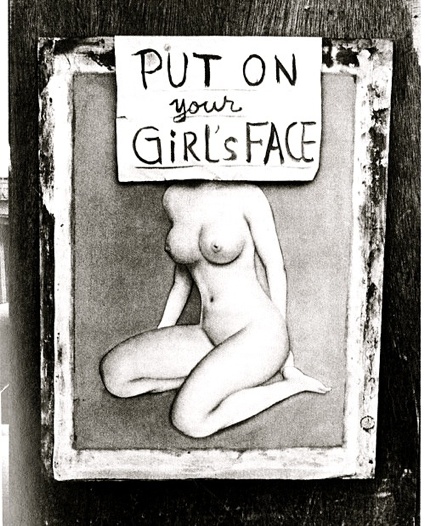 Untitled, from the series Chewing Gum and Chocolate, 1967 (Shomei Tomatsu) 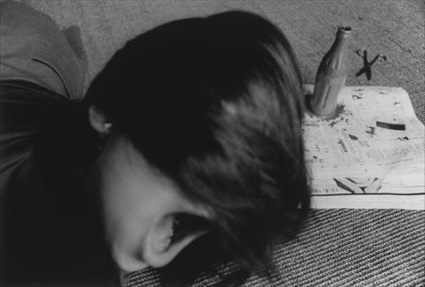 Everything Was Moving: Photography from the 60s and 70s remains open until 13 January 2013 at the Barbican Art Gallery in London.

Photo on the homepage: Hairstyle, Tokyo 1969.